Fallout 76 is introducing NPCs as well as a branching story. Those are exciting additions to the game, and they’re coming with the upcoming Wastelanders expansion pack. While we wait for that to roll out, Bethesda is testing their new battle royale mode, Nuclear Winter.

Nuclear Winter is a much safer addition to the game, since everyone has been rolling out battle royale modes. But what makes Nuclear WInter different from its competitors? The pre-beta sneak peek answers some of our most pressing questions.

Apex Legends has 60 players, PlayerUnknown’s Battlegrounds and Fortnite have 100 players. Fallout 76’s battle royale will have 52 players. Players will team up in squads of four to compete for the position of the Overseer of Vault 51. Players can enter in pre-made teams, or join with randoms when they enter the battle. Players can also work together in groups smaller than four, albeit at a disadvantage.

Players will choose their starting point from Vault 51. After a waiting period, all players’ spawn locations will appear on the map, then everyone will be sent to their chosen starting place. Upon spawning, players will be invulnerable and invisible (unless you attack or interact with an object). This lasts long enough to figure out where you are and where to head next.

And yes, there’s a closing zone. The nuclear firestorm closes in, making the map smaller and smaller over time, just like the other popular battles royale. 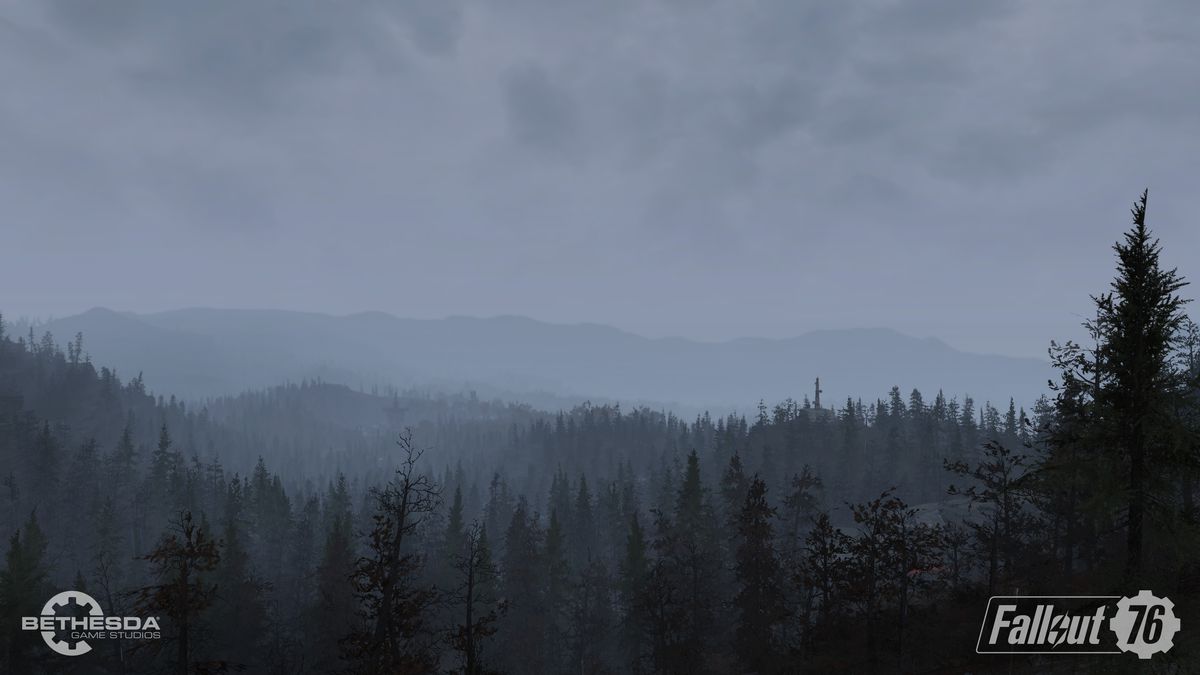 This is a whole new game mode, which means that you can’t bring in your weapons, level, or perks from Adventure or Survival mode. Instead, Nuclear Winter has been adjusted and retuned so that every player has a chance to win, each match. Weapons, armor, and chems have been rebalanced and shifted for PvP, and there have been a line of improvements to animation, aiming, and other combat quality of life measures.

Players can obtain gear and items from containers, but other goodies will come from hacking terminals, downing hostile creatures, and claiming new crates dropping onto the field. Their progress is reset at the end of every Nuclear Winter match … except for Overseer progress.

Overseer XP is rewarded per match, which unlocks Overseer Ranks. These ranks come with new cosmetics that apply to all game modes, ranging from power armor and weapon paints to CAMP objects. Overseer XP will also open up Vault 51, so players can uncover the story behind this Vault-Tec experiment. In addition, players have a new set of perk cards exclusive to Nuclear Winter. Overseer Ranks unlock more perks to use in these matches.

Nuclear Winter does grant XP and caps for Adventure/Survival modes, but these bonuses only apply in those gameplay modes.

Players will be able to build their CAMPs around the map in Nuclear Winter, for free. This opens up repair tables, shelter, and hiding places for players. Players can also find Quick CAMP kits, which place defensive structures, traps, and pre-built bunkers. It won’t be as versatile as Fortnite, but it allows players to customize the battlefield more than in PUBG or Apex Legends.

The counter to these defensive structures will be mini-nukes, which destroy everything in a small area. Therefore, having the biggest CAMP on the map means nothing if an enemy squad has acquired a nuke and knows where you are.

Nuclear Winter will be available until June 17; Bethesda has reserved the right to take the servers down for maintenance during the test period.