One of Call of Duty: Modern Warfare’s frequently requested features is a deaths column on the scoreboard for every mode. While it may seem like a trivial addition, it’s entirely missing from modes like Team Deathmatch and has been since launch. However, as part of the recent Mother Russia bundle, players can buy the ability to see their deaths for $20.

The feature comes in the form of an in-game watch called “Time to Die.” The watch displays the number of kills and deaths you have in-game and is something you can look down at during the course of a normal match. While most of the watches in the game are purely cosmetic, Time to Die allowing players to view a hidden stat seems like a possible advantage. Someone who is having a bad round may decide to play more conservatively rather than continue to rush into the action, for example.

Modern Warfare may be getting a battle royale mode

Deaths are a stat that players have been requesting to add to the scoreboard since Modern Warfare was released earlier this year. The key stat is absent from modes like Team Deathmatch where kills and deaths are the only currency that counts toward winning the game. 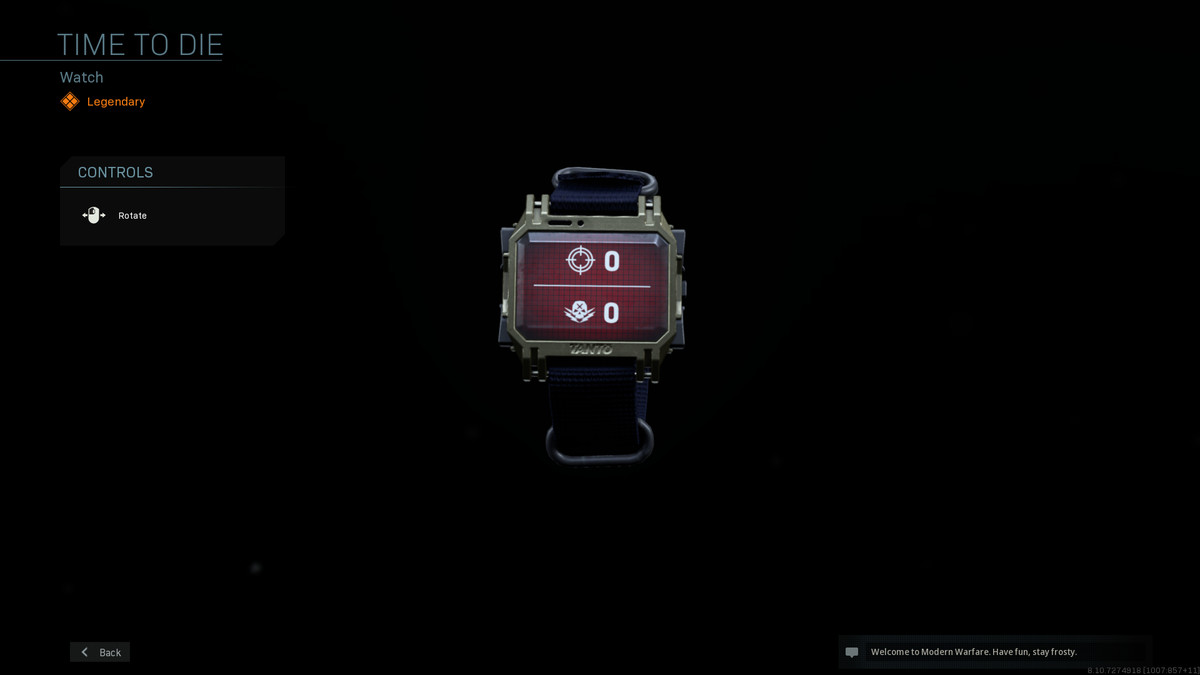 Deaths are also an important part of the kill-to-death ratio which has become a community standard for judging performance. The idea is, if you’re getting more kills than deaths in matches you’re automatically a net benefit to your team, because even in objective game modes, taking a player from the opposing team is useful. However, not being able to see how many times you’ve died — at least until your match has ended — makes it difficult to track this metric over the course of a match. Unless you pay $20 for the watch, of course.

Infinity Ward hasn’t stated why the stat isn’t present, but it’s likely an effort to curb toxicity, so players can’t be bullied or feel discouraged for performing poorly. This is a strategy that other Activision/Blizzard games, like Overwatch (which doesn’t feature a scoreboard at all), and Heroes of the Storm (which shows specifically tailored stats rather than things like kills and deaths). But while those games have other objectives, the primary focus in Modern Warfare’s Team Deathmatch is nothing but scoring more kills than the enemy team, making deaths a critical stat.

According to the Modern Warfare in-game store, the Time to Die watch is a limited time item, so it’s likely that it will disappear soon. It’s unclear if another death-displaying watch will come in to replace it, or if the feature will simply disappear from the game once again.