The Drifter is Destiny’s most important character right now. Here’s why.

In a world of mysterious characters, the Drifter is at the top of Destiny 2’s list. He runs the Gambit activity for players, serving as its boisterous host.

He’s so important that Bungie devoted an entire Destiny 2 season to the Drifter. There are two new activities linked to him — Gambit Prime and The Reckoning — with the season’s story illuminating his shady past.

Bungie released a video of its developers teasing out the story for this season, and building up the Drifter’s relationship with the mysterious group known only as the Nine. Polygon sat down with writer Jonathan To and staff writer Mallory Schleif to get a better understanding of the Drifter.

Who is the Drifter? 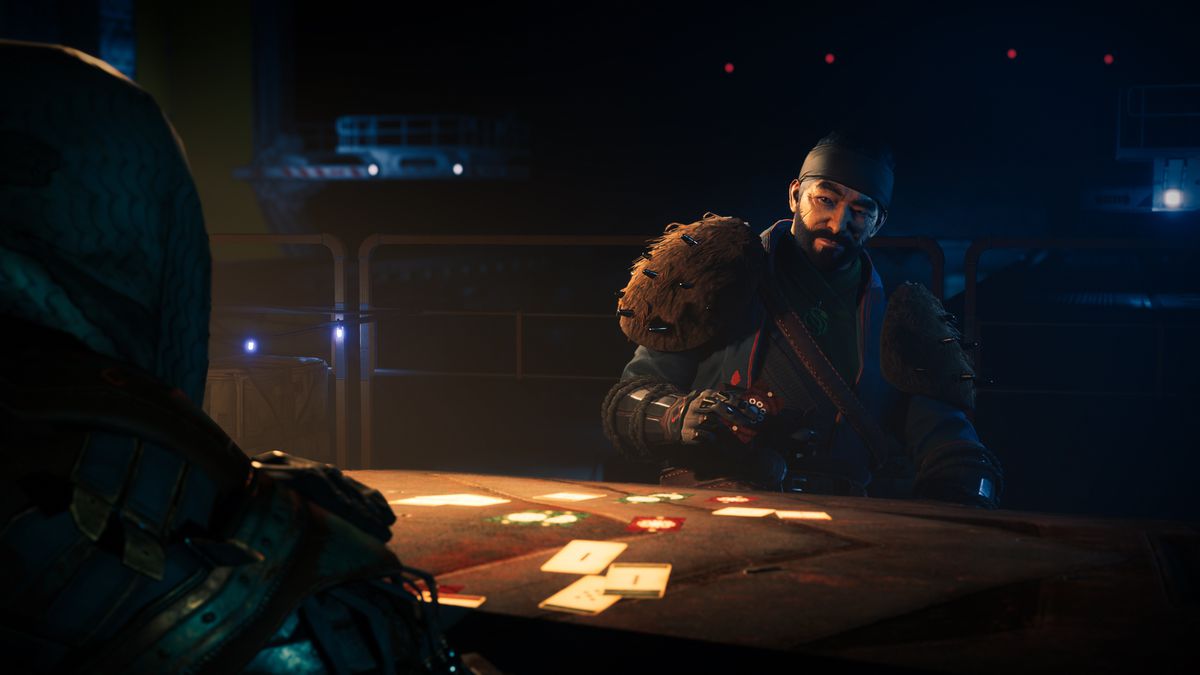 The Drifter is very old. He was reawakened by the Traveler in a mysterious time of great suffering known as the Dark Age, long before Guardians like the player were revived. He isn’t a Hunter, Titan, or Warlock. He’s a Lightbearer — a soul revived by the Traveler — from a different time. Characters know him by many names, and it’s impossible to pin down exactly what he wants.

“We looked at Season of the Drifter as kind of a story about identity,” said To. The Drifter has been many different people over his long life, and part of that story is detailing who he was and who he is now.

The Drifter was one of the first humans ever raised by the Traveler — the giant, sentient ball at the center of Destiny’s story — in the Dark Age. He would repeatedly die of starvation, only for his Ghost to resurrect him again.

“He’s got a couple of charming, funny lines about eating aliens,” said To. “And it’s not because he likes to; it’s because sometimes that was all he had on hand, and it was better than dying again for the hundredth time that day.”

Since then, he’s owned a bar, gotten trapped on an ice planet, and lived through every conflict the Guardians have had to face.

Most recently, the Drifter has intertwined with the Nine, a mysterious group that players know little about. The Drifter’s main connection with the group is through their emissary. She was originally a Guardian named Orin, and she had ties to the Drifter in her past life. She previously appeared to Guardians in the since-removed Trials of the Nine mode.

“[The Drifter and Orin have] been alive since the Dark Age,” said To. “And they’ve been different people from then until now, all the way to when they kind of reunite as you play through the Season of the Drifter endgame.”

In a cutscene in Destiny 2, we see the Drifter and Orin meet for the first time since he started using the name Drifter. Working for the Nine, Orin offers the Drifter a gift, and attaches the Haul to the back of his ship.

What is the Haul? 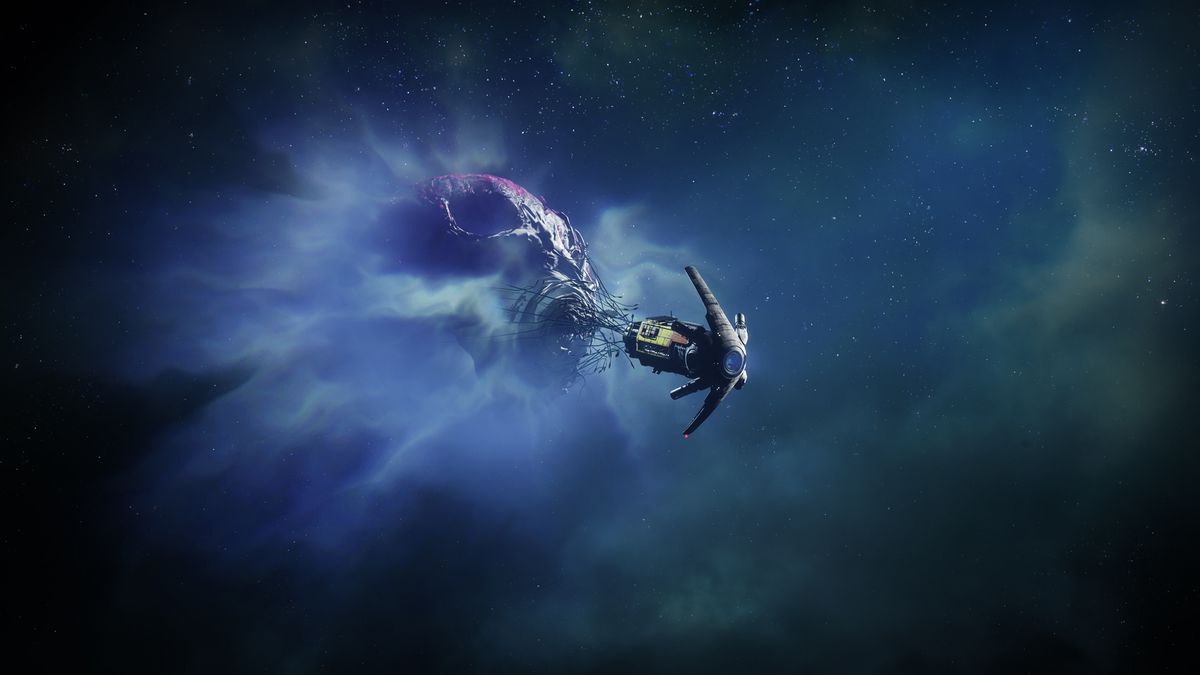 The Drifter’s ship, pulling the Haul through space.
Bungie

The Haul is what makes the Drifter’s ship unique. It’s a giant ball of ice haphazardly latched to the back of a small cruiser. In the cutscene, the Drifter seems as confused about his new ship attachment as most players are now. But Bungie’s writers revealed some interesting truths about the ball.

“The Haul itself is an object of pure potential given to Drifter by the Nine. And the way that it looks, the way that it manifests, says more about Drifter than it does about the Nine,” said To.

The Nine have seemingly given the Drifter a small realm of his own to control.

“All of the Taken within the Haul are sort of created from Drifter’s expectations about what he needs and wants,” said Schleif. “He’s been given a battery of pure potential … the best thing he can think to do with it is simulate more Taken — cause he needs more guard dogs — and make some armor for Guardians.”

In some ways, The Reckoning game mode takes place inside the Drifter’s mind — or, at least, a physical manifestation of it. In The Reckoning, players fight a shadow of Oryx, the main boss from the original Destiny’s Taken King expansion. According to Schleif, Oryx is simply the scariest thing to the Drifter, and therefore appears as a shadow in the Haul.

At this point, nobody knows why the Nine trusted the Drifter with this power. In all likelihood, the Drifter doesn’t even know the answer to that. Not yet, anyway.

What does he want? 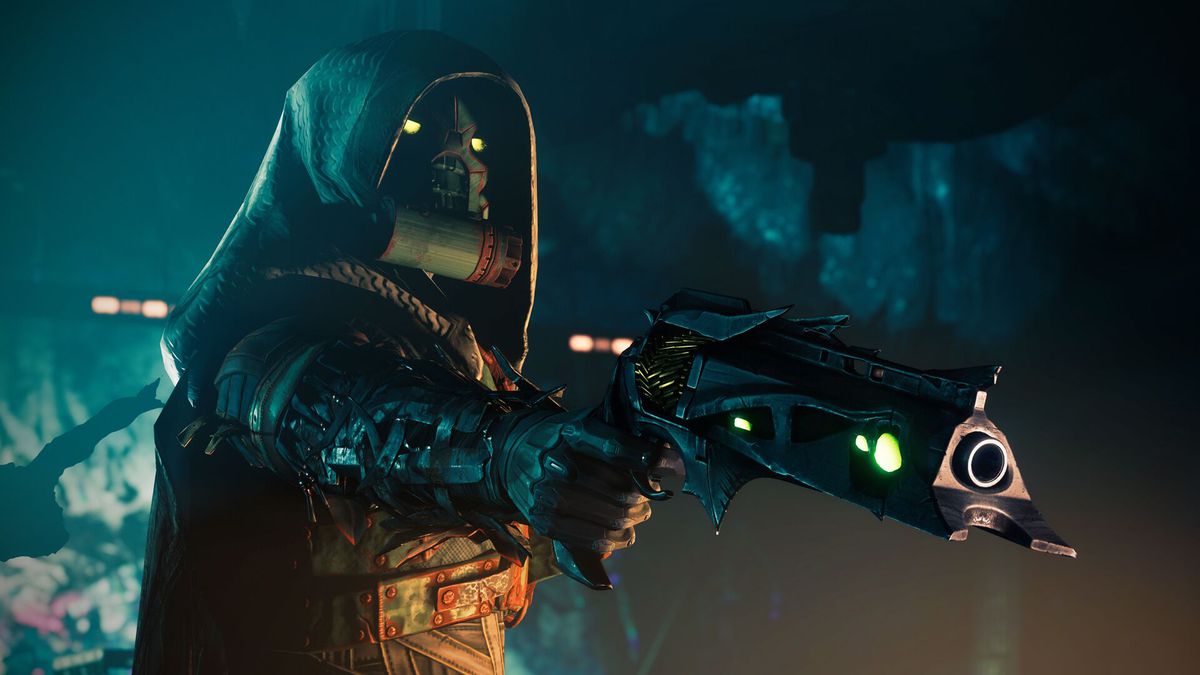 A man called the Shadow, wielding Thorn against the Drifter.
Bungie

The Drifter’s charm is a mask for true intentions. Sometimes he’s driven by fear, and other times he’s trying to get the Guardians to do a dirty job for him. Bungie wouldn’t confirm any of the Drifter’s motives outside of self preservation.

Either way, his story isn’t something that ends in the Season of the Drifter. While they wouldn’t comment on how, Bungie’s writers said they’re confident that the Drifter’s story will continue in future releases. The Drifter has been preparing for a war. He’s afraid of something he thinks might be coming soon.

Based on the Drifter’s interest in evil weapons like Thorn and Malfeasance, that something is likely the Darkness — the evil power hunting the Light, and the enemy of the Traveler. As a survivalist, the Drifter is always afraid of the next big thing.

Regardless of what the Drifter is afraid of, he remains an important part of the future of the Destiny franchise. We can only hope that his mysterious nature is eventually developed and revealed, rather than lingering like a big ball in the sky.