Project Boundary is a remarkable new first-person shooter currently in development for Windows PC and PlayStation 4. It puts futuristic ballistic firearms into the hands of astronauts, military contractors riding around inside weaponized spacesuits. But, while the game has been in production since 2016, details are scarce. Part of the reason for the paucity of information is because the folls behind the extravehicular FPS, a 14-person indie team called Surgical Scalpels, lives and works inside mainland China.

I was able to speak with several members of that team earlier this week, and the game that they described has me extremely curious. In fact, I haven’t been this excited about a tactical shooter since I first learned about Escape From Tarkov some years ago.

Before we dive into the details, a bit of background.

In 2014, China’s State Council suspended the ban on the sale and production of foreign game consoles. But many AAA console games are still prohibited, and getting any game that originates outside the country approved for sale right now can be a challenge. Just ask the team behind PlayerUnknown’s Battlegrounds, which recently elected to remove their game from sale entirely and replace it with one that’s more, let’s say, friendly.

So, shortly after the console ban was lifted, Sony spooled up China Hero Project, an effort to support Chinese teams making independent games. The very first team to be included was Surgical Scalpels, and their Project Boundary has been a darling of the program ever since.

Game director CT told me that Project Boundary will be played entirely in zero gravity. Movement will be facilitated by extra-vehicular backpacks, which will allow combatants to accelerate and change direction with pressurized jets of gas. Some packs will be heavily armored and allow for high speeds to be built up over time. Others will allow for quick, darting movements over short distances. It’s up to the player to customize their squad with various backpacks, and to bring the right mix of weapons, gadgets, and perks to bear for a given match.

The game will be multiplayer only, and pit two teams of five human players against one another. A big part of the tactics will be customizing ammunition loadouts. Players will be able to select the mix of ammo that they load into their magazines. 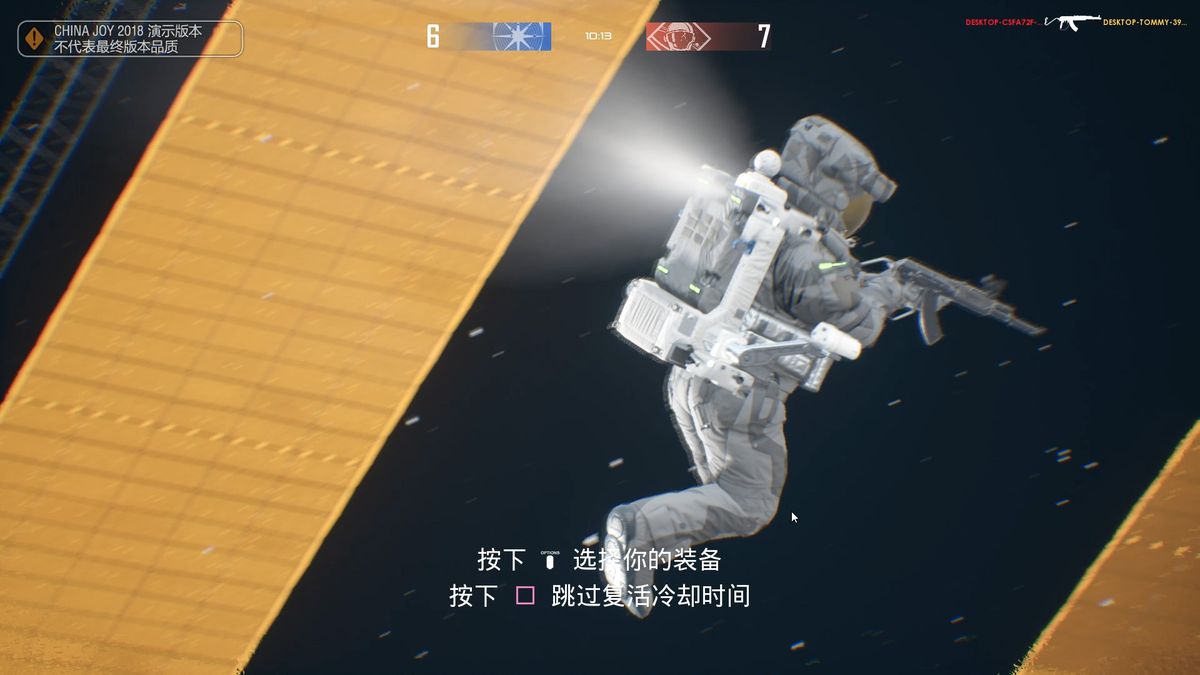 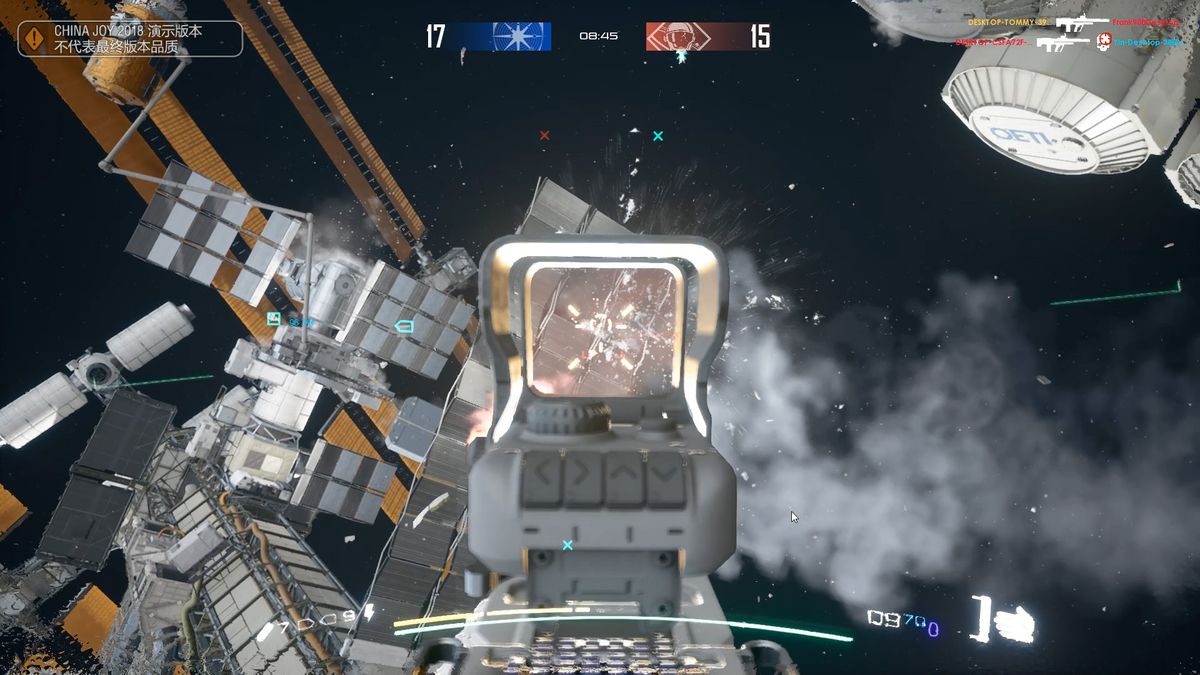 As an example, CT said that one strategy could be to organize magazines so that a given weapon fires two armor penetrating (AP) rounds, one after another. Then players could follow that up with a high-explosive (HE) round, and end the sequence with an electromagnetic pulse (EMP) round. Then the sequence would repeat, AP-AP-HE-EMP, AP-AP-HE-EMP, until the magazine was depleted.

In this scenario, AP rounds would make sure that a targeted section of an opponent’s armor was defeated. The HE round would then seriously wound them, and the EMP round would immobilize their suit and set them up for the kill. Other strategies could feature buckshot or incendiary rounds. Given the style of ballistics simulation that CT is describing, Project Boundary sounds like it has more in common with hardcore flight simulators, which use period accurate mixes of standard ammunition and specialized rounds to simulate World War II-era tactics. 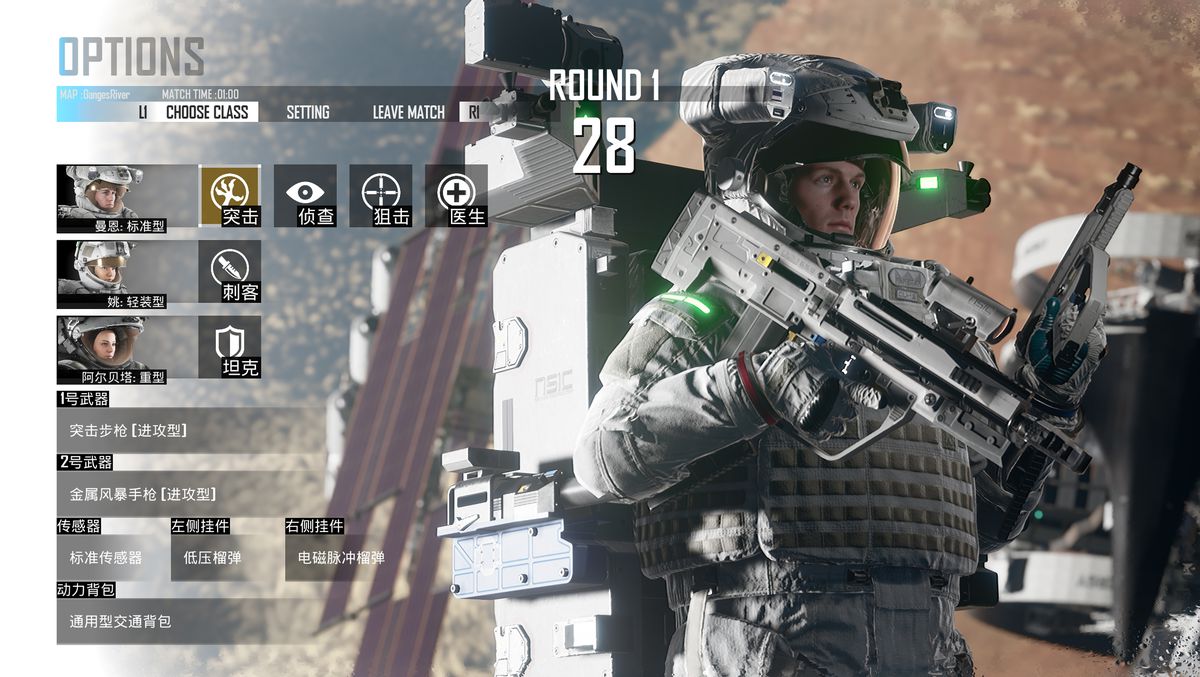 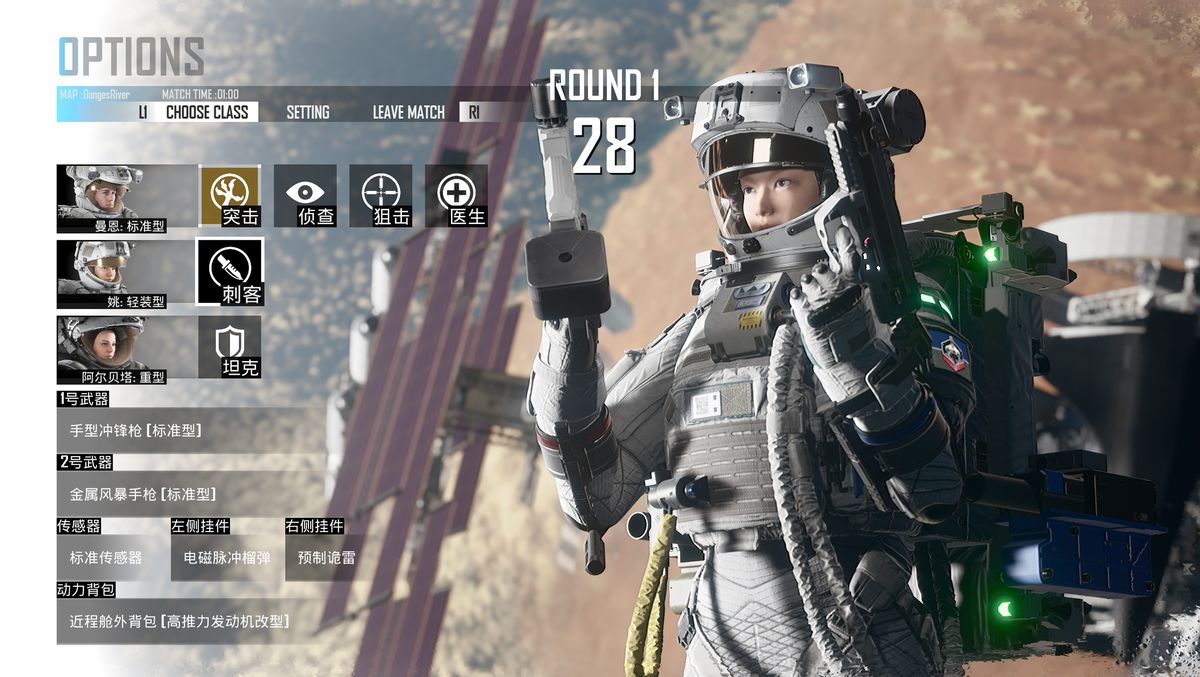 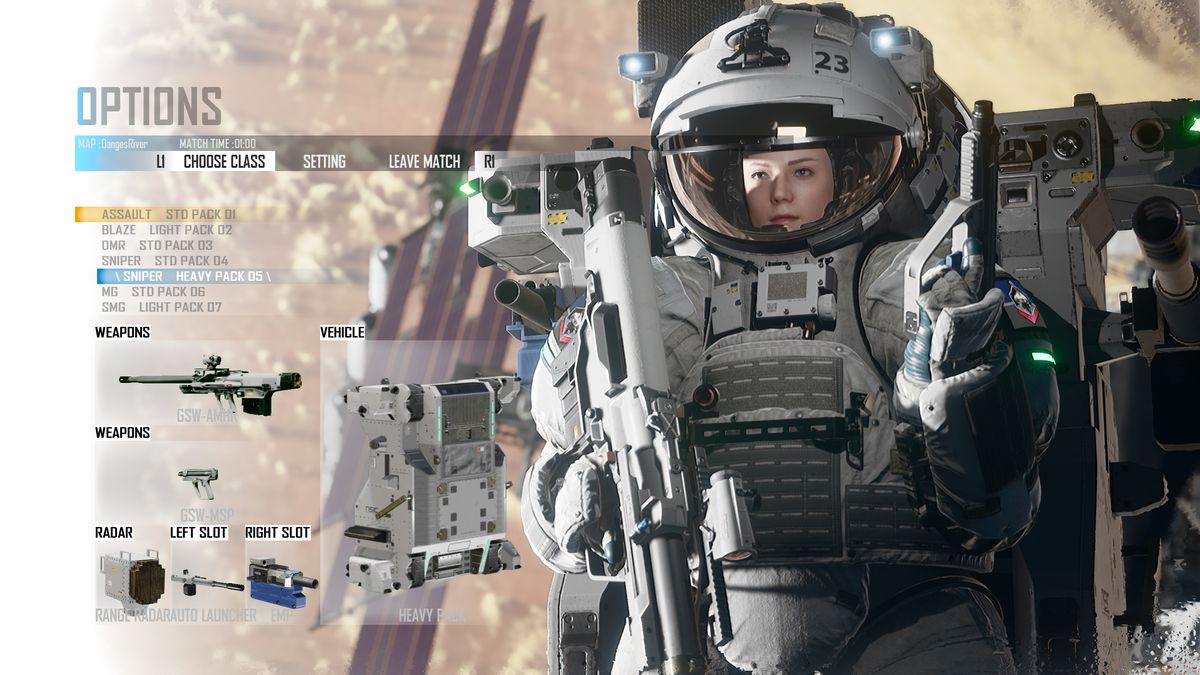 Project Boundary will also include a cover system. In the Surgical Scalpel’s version of the future, astronauts have contrived a way to exploit the weak molecular bonds known as van der Waals forces. The same sort of molecular interaction that allows geckos to climb up sheer surfaces will also allow players in Project Boundary to use their feet, forearms, and wrist-mounted grapples to latch onto cover. Final animations for that type of interaction are still being implemented, and aren’t included in a recent trailer posted to YouTube.

CT also told me that there will be a complex progression system in the game, with characters who are able to augment their basic skill sets over time. The long term appeal of Project Boundary will be in hiring more and different soldiers for your combat team, and unlocking new and unusual weapons and backpacks. Customization will be very elaborate, including options for everything from weapon optics and muzzles to the way the action itself cycles inside each gun. 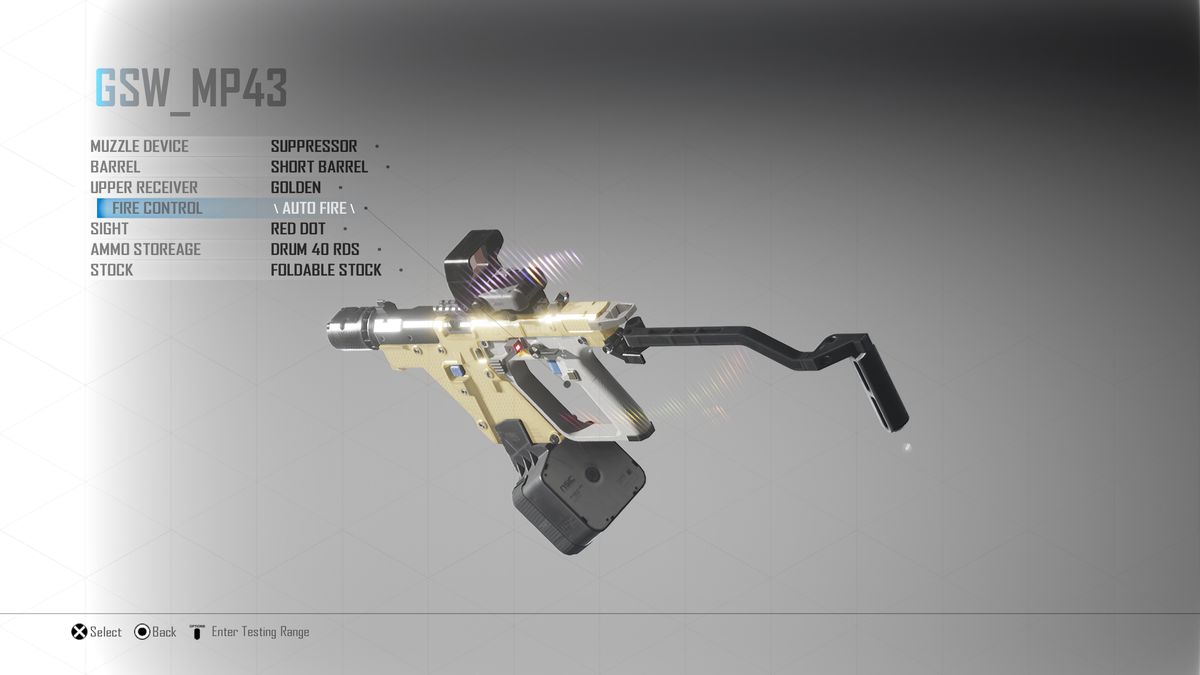 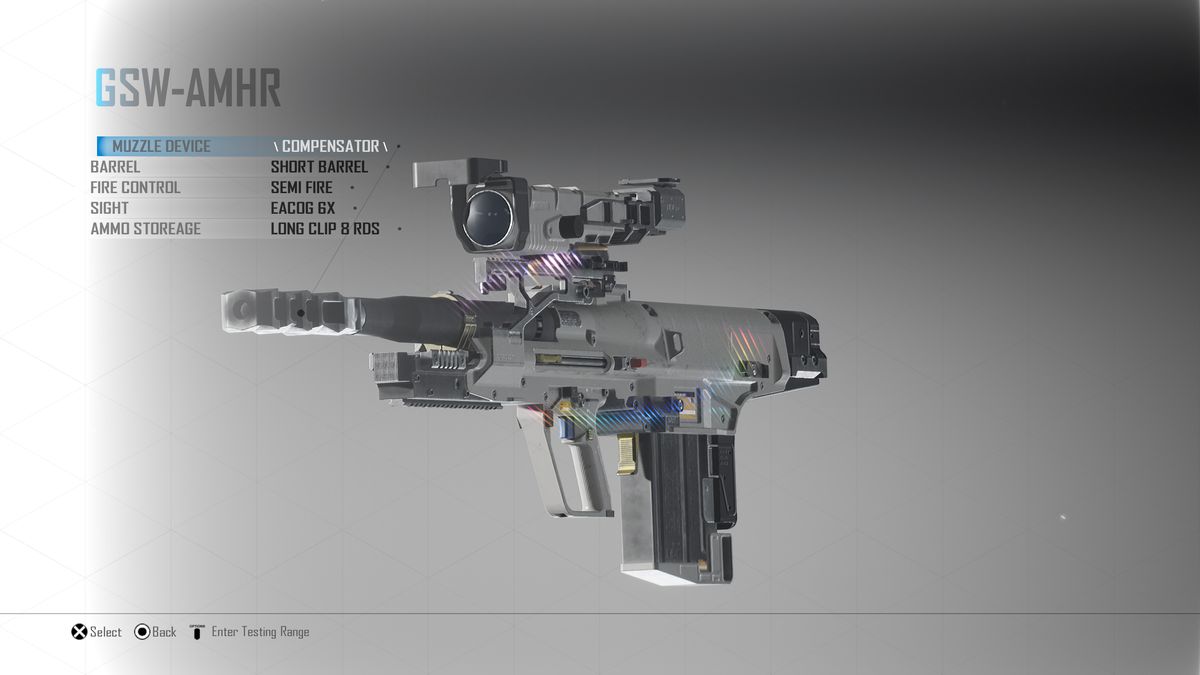 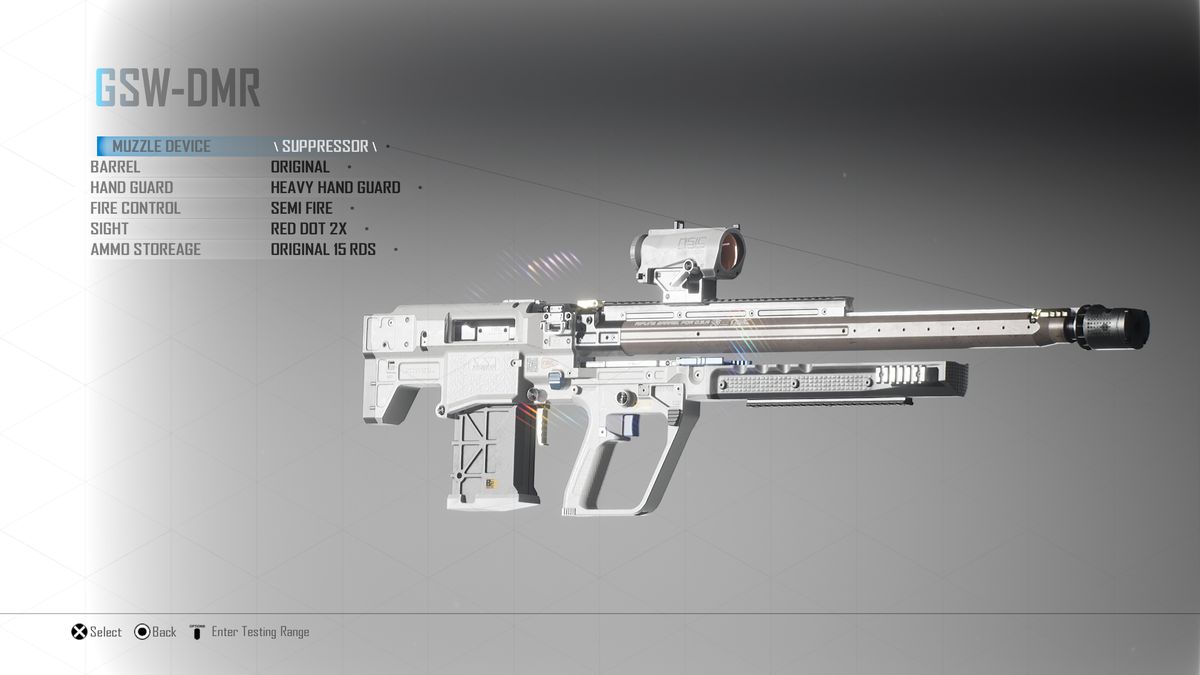 Meanwhile, the nation of China is currently basking in the glory of its own real-world accomplishments in space. In January, it landed a vehicle on the far side of the moon, sending home images of areas that have never been photographed before. The team at Surgical Scalpels tells me that their game was in development well before the mission even launched, but they’re not against riding the wave of popular excitement.

“It’s kind of a simultaneous event,” CT tells me. “But we do benefit from it. Nothing matches the propaganda power of the whole nation. If the nation draws the interests of those players, of those audiences [that are excited by China’s space program], okay. That’s perfect! That’s awesome!”

“At the same time, the Chinese sci-fi area, sci-fi movies, and novels are also benefiting,” he added. “That also means a perfect thing for us.”

Originally scheduled to have a virtual reality component, that part of Project Boundary has been sidelined so that the team can focus on a more traditional format. The game is expected to release simultaneously on Windows PC and PlayStation 4 some time in 2019. Surgical Scalpels hopes to narrow that release window down very soon.

No word on whether or not the Unreal Engine powered game will be available on the Unreal Store. 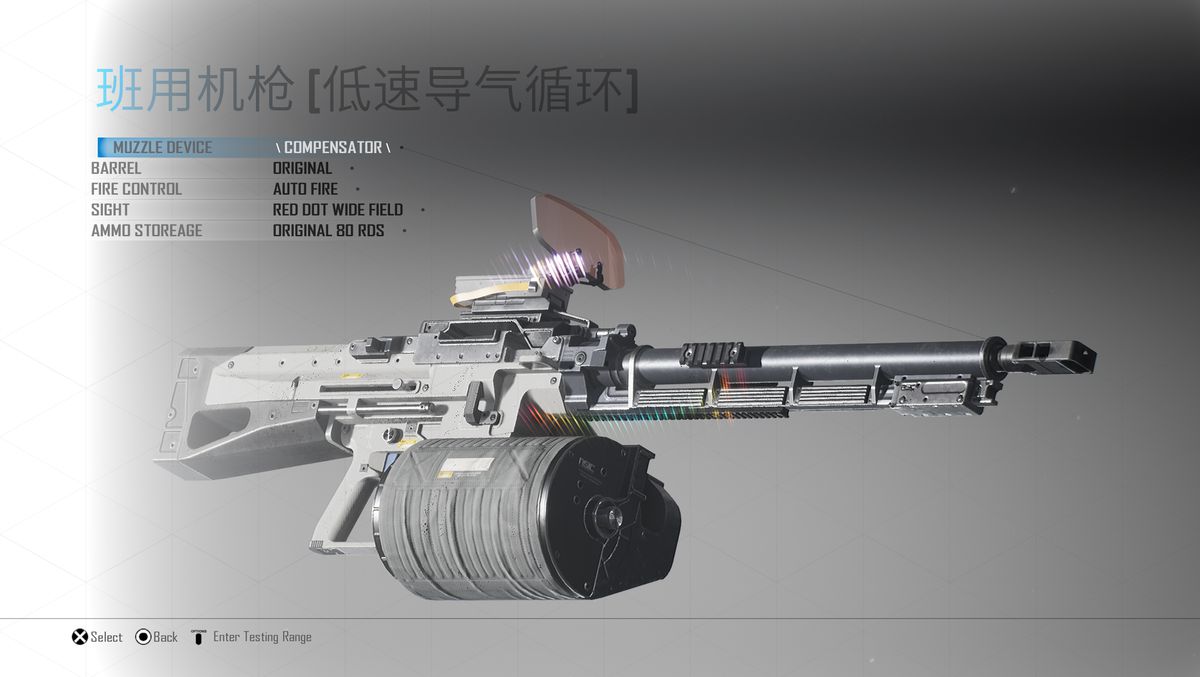 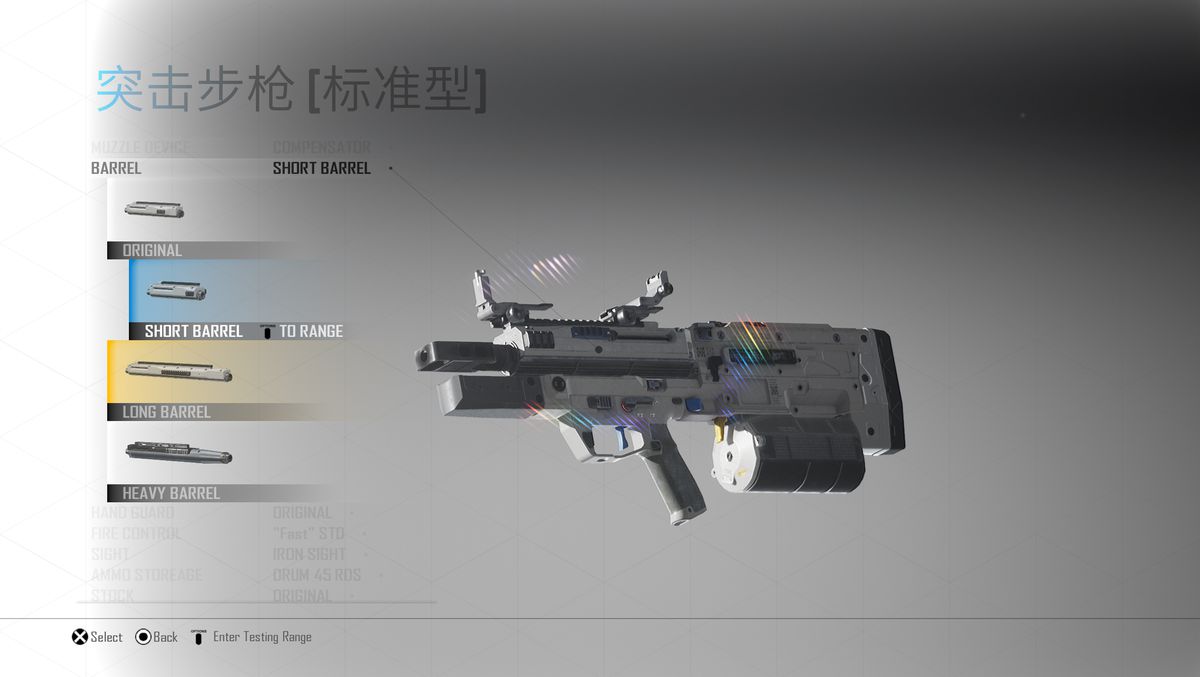