A Plague Tale Innocence Review: A game that will be spoken in the same breath as Hellblade 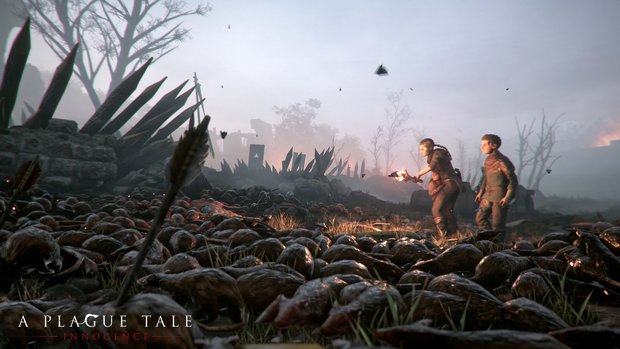 Sections without rats are normally filled with human soldiers that unfortunately aren’t so scared of a little fire. These sections task Amicia with stealth as you try to creep past the hulking troopers without running on their sword.

These moments require a little more thought than those built around their fleshy-tailed counterparts, but you’ll never find yourself stuck for what to do, nor will you feel like Sekiro or Sam Fisher as you duck your way into the long grass.

The game goes out of its way to tell you how powerless you are against the threats that block your path, and it’s that tension that makes the game so exciting.

Where the game gets really interesting though, is when there are both rats and soldiers before you. Neither plays well together and you’ll soon find yourself pitting one enemy against another to get by.

Not only are these moments the most exciting to play, but they also truly enforce exactly how dark and dangerous this world is for the children.

And it is the children who are the heart of this adventure. 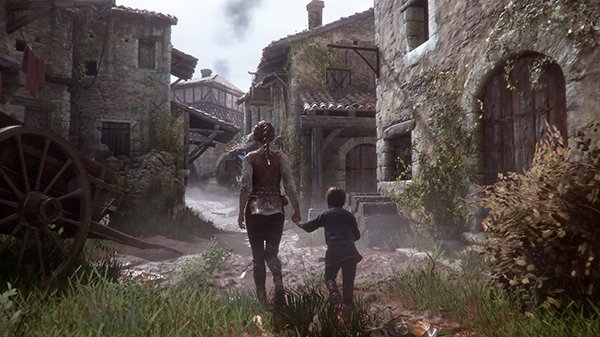 You get a real sense of character from both of them, with surprisingly well-performed voice lines. The connection between the two is woven into every part of the game, from the plot to the mechanics to the animations, and it’s all done incredibly proficiently.

At once you’ll feel both hatred and a desperate need to protect your digital brother, which, as any older sibling will tell you, is pretty much accurate.

At one point you’ll find Amicia reluctantly giving Hugo a piggyback ride because he is too tired to continue, and it’s a lovely, surprisingly honest moment. Unfortunately, it isn’t always perfectly done, and some moments can really pull you out of the game.

While you will spend a lot of time in Plague Tale holding Hugo’s hand, the animation for turning on the spot just has him pivoting around you at lightning speed. It’s completely unrealistic and almost comedic, completely breaking the grimdark atmosphere.

Moments like this are a real shame when the connection between the two is so vital to the game, but they don’t take away from the overall emotional journey through rat-infested France. 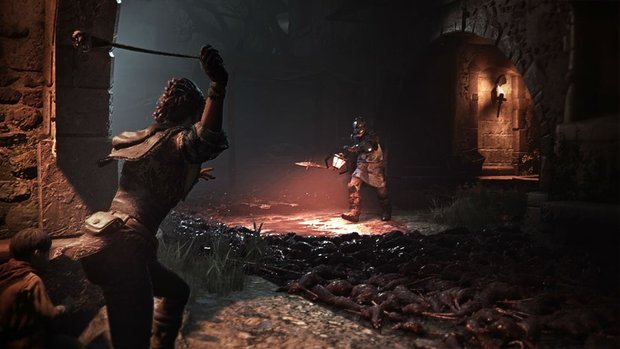 The story of Plague Tale is a gripping one, and one I don’t want to ruin here.

But without spoiling anything it takes you across some imaginative and varied environments, from a small town with claustrophobic and winding streets, to a muddy battlefield with piles of horrified corpses.

Despite its obviously dark tone, each location has subtle moments of beauty, normally tarnished by the eruption of a vermin volcano, and each one forces you to reconsider your solutions and challenges you to do even more to survive.

Plague Tale manages to maintain an incredible tension and dread throughout the game.

Like a good Grimm’s fairytale, it feels like a story about children, but not for children, and while it might not be a horror in the true sense, its creepy, suspenseful thrills and simple puzzles are extremely satisfying… as long as you aren’t scared of rats. 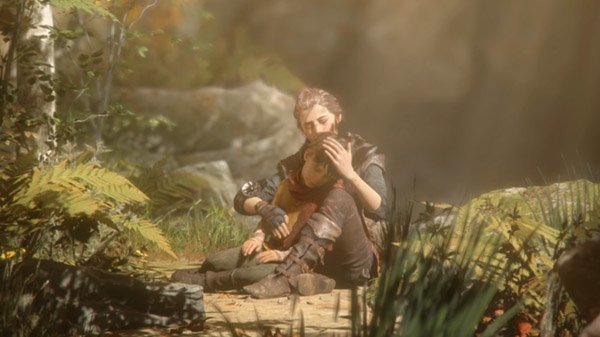 A Plague Tale: Innocence is an outstanding game that not only manages to deliver an impressively constant and tense tone, but also a really gripping story that will have to push through your vermin soaked nightmares to find out what happens next.

The incredible performance from the siblings frame the dark world in an extremely engaging way, and while it might not be quite as polished, Plague Tale will almost certainly be spoken about in the same breath as Hellblade.