It’s been four years since Mass Effect Andromeda came out, so if you’re still whinging about facial animations, go away – they’re fixed now, innit. Case closed. There are other legitimate critiques of Andromeda, like how it never reckons with its own origins in space colonization despite the writers originally having a much more balanced, non-murdery version of first contact, as well as the fact that its two new species are the same reskin of a human. For what it’s worth, there were at least ten unused species designs in Andromeda, which leads me to my next point: like Dragon Age 2 before it, Mass Effect Andromeda is a great game that could have been even better.

I played Andromeda at launch and got Platinum in under a week. I couldn’t understand all of the vitriol I saw online, to the point where I deleted the Reddit app off my phone for a bit because of how much of a cesspit it became. Sure, online forums are shitty at the best of times, but this was astonishingly abysmal. We get it, Ryder’s little penguin wobble looks even weirder than the Shepard shuffle from the first Mass Effect – what do you want, a gold star? Sorry, but that’s a surface level observation, mate. You’re going to need to get a bit more stuck in if you’re looking to impress anyone.

Mass Effect and Mass Effect 2 are both leagues above Andromeda in terms of quality. Mass Effect 3, though? That’s the real ugly duckling of the series. Oooh, Jack has a swear jar now – what a way to bulldoze one of your best characters. More combat arenas from 2, please – hold the innovation. Let’s go with an ending that even the devs disliked and fix it post-launch. This new squadmate? Great, isn’t he? Paid day one DLC, mind. Haha. 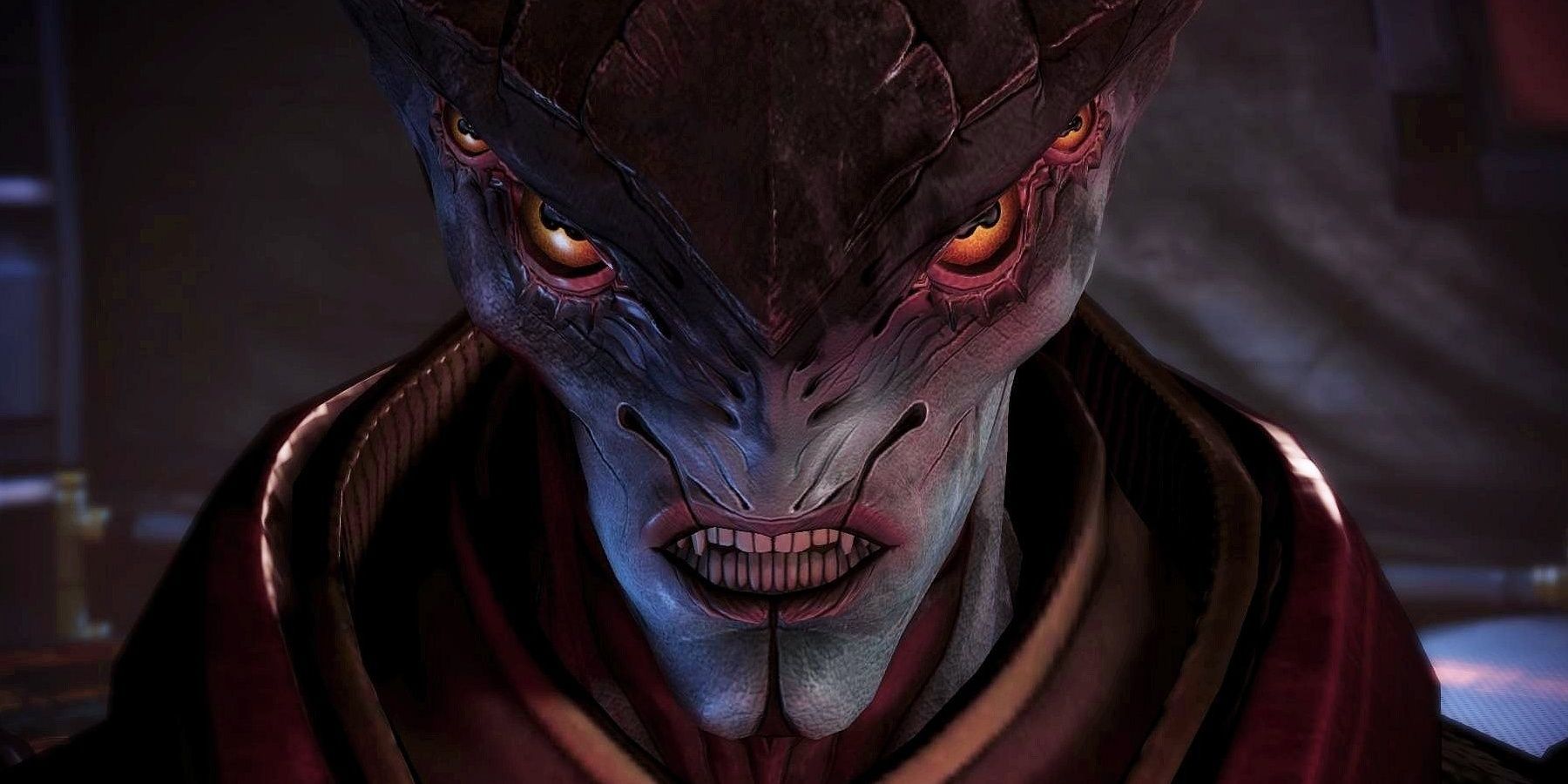 I know people love to hate Andromeda, which is fair enough – that’s your own prerogative and I won’t tell you how to think. I will tell you that I personally reckon you’re wrong, though, because Andromeda has the best gunplay in the series. The Tempest makes the Normandy look like a burnt-out car with no road tax and the Nomad is loads better than the Mako – including the new one, which is brilliant. Worlds are more dense and worth exploring, the vistas on planets are jaw-droppingly stunning, and the character writing is excellent. Aye, there’s no Garrus or Tali, but listen up: we’re not in the Milky Way and this is 600 years in the future, isn’t it? Come on, like. Liam is well funny. Peebee’s good craic, Cora is sound once you get to know her, Vetra is brilliant, Jaal holds his own against the original trilogy’s best squadmates, and Drack is a top-three character series-wide. Put down the angry juice and have a look at the companions again, this time with fresh eyes. Now, how does that look? Great, aren’t they? Only took you four years.

Mass Effect 3, on the other hand, relied on its predecessors for good character writing. Sure, that’s normal for a trilogy, but think of the new companions it introduced. James Vega is a walking barbell with a personality made of rocks. EDI is phenomenal – and the deadliest SOB in the galaxy – but that’s mostly because of the context established in Mass Effect 2. Javik is buried behind a paywall – not in Legendary Edition, but still. Aria and Nyreen are incredible and have one of the best stories in the entire series, but they were written by an amazing writer who a) didn’t like the Mass Effect 3 ending, and b) was candid with us about how much was cut from Andromeda. Their victory doesn’t quite offset the rest of Mass Effect 3. 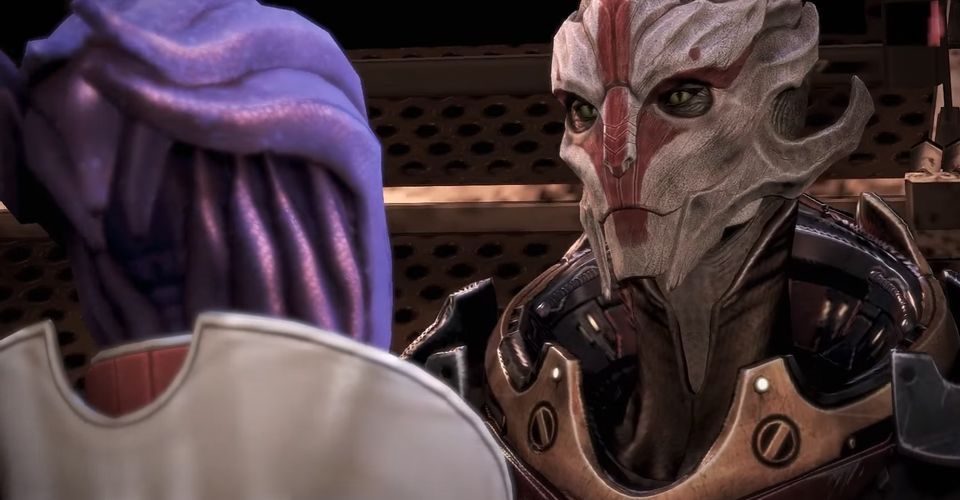 I’m not saying Mass Effect 3 is bad, by the way. I reckon all of the Mass Effect games are at least an 8/10, minimum. Andromeda just isn’t the worst one. I mean, just play ten seconds of it and actually think for a moment. Its combat system is derived from the excellent multiplayer in Mass Effect 3 and is so far beyond any of the gameplay from the original trilogy. World traversal is also markedly improved, as is set design for anything that isn’t a Remnant vault. People complained about it having lower stakes than previous Mass Effect games… I mean, it’s the first game in an intended trilogy, right? The first Mass Effect was a banger of an opener back in 2007 and is much more coherent than Andromeda, but we also mostly consider it retroactively after having played the sequels. We have no idea about any inconspicuous strokes of genius Andromeda set up for 2 or 3 because everyone had a little cry about it at launch. Facial animations, wah wah. We all know EA rushed it out the door and that not a single dev on board was happy about it. So what do we do? Kick up a ruckus and ensure the DLC gets scrapped. Brilliant brainboxes, us humans. No wonder nobody else in the galaxy likes us.

Mass Effect 3 is a great game. So is Andromeda, though. If there’s one thing I want from Legendary Edition, it’s for all of you to play through the whole trilogy and say, “Do you know what? I reckon I’ll give Andromeda another shot.” Space colonialism is shit. The fact characters have arcs that aren’t closed due to there currently being no sequels is annoying. The Remnant vaults have the Mass Effect 2 chest-high wall problem where the same polygons are copy/pasted over everything. Only the first one of those issues is actually bad, though – the other two are just a product of corporate rushing an unfinished game out the door a la Cyberpunk 2077. Beyond all of those things, the characters are superb, the planets are drop-dead gorgeous, and the emptiness of this new galaxy is harrowing. Mass Effect Andromeda is loads better than the sob stories of Mass Effect 3, especially when you consider that most of the endings are a bit shite. I don’t even have a canon one because any time I’ve got to the end of the game I’ve just been like, “ok, sure.” Don’t get me wrong, it’s still excellent – Andromeda is just better, and I think a lot of you are finally going to acknowledge that when you inevitably replay it and think “… well shit.”