Animal Crossing: New Horizons – Why Does Blathers Hate Bugs So Much?

Blathers is the heart and soul of exploration in the  Animal Crossing games. The museum curator is always excited to receive new and unidentified objects to study and showcase. He will accept pretty much anything and everything with excitement unless he receives a bug.

Fear of bugs is common and it’s nice to see the denizens of Animal Crossing having everyday fears, but when it comes to Blather’s phobia of bugs, something seems off. He’s too afraid of them, like on a traumatic level.

When the player approaches Blathers with a bug to donate, Blathers will respond by stuttering through words and appearing very, very scared. It’s not normal for him to behave this way, so obviously something is terribly wrong. It’s a curious matter. What is the cause of this entomophobia? What is the source of all this trauma? 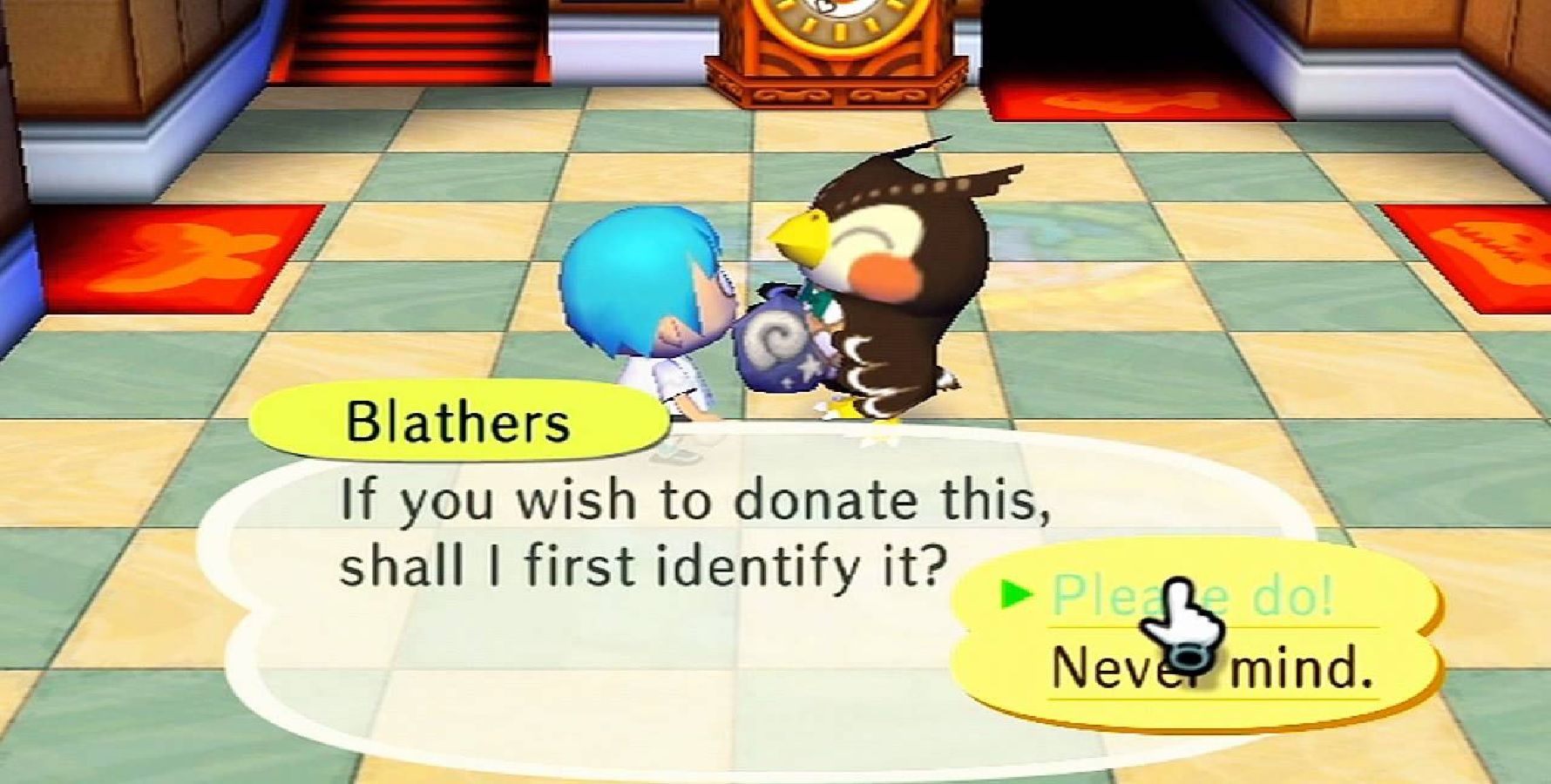 It wasn’t enough that eggs hatched, but following that the baby manti began to swarm around Blathers, flying in his face, getting stuck in his feathers and climbing all over him and his desk. The sheer terror as all those alien bodies swarming him must have been overwhelming. No doubt he had nightmares long after and probably even to this day.

Blathers has multiple degrees and works very hard to take care of the museum. He’s a staple to the franchise and fans really like him so it’s sad to see him lose his composure over something as small as a cricket.

He does point out that butterflies are kind of cute because of their bellies, which is nice. Hopefully Blathers will one day be able to overcome his crippling fear of bugs and be free to roam the outdoors without flinching at every bee and grasshopper that passes by.