Apex Legends Players Are Sleeping On The Rampage

Some Apex Legends weapons are better than others. That’s just a fact. While the debate of what is fundamentally the best gun in the game (barring the Kraber) will wage on forever, nobody’s making the argument that the P2020 or Mozambique can compare to the Flatline or Mastiff.

This is by design. Can you imagine the carnage if everyone found the perfect loadout off drop? 30 players all landing in Fragment East and immediately picking up R99s and EVA-8s? A whole squad dropping on high ground and grabbing fully-kitted Longbows or – God forbid – Krabers to snipe for the rest of the match? Like it or not, looting up is part and parcel of a battle royale game, and improving your kit over the course of a match is as important a skill as beaming opponents in a firefight.

There’s another element that comes into play with live-service games, however, and that is the constant ebb and flow of buffs and nerfs that accompany new updates and seasons. In Season 11, the sea that surrounds new map Storm Point has washed the Rampage LMG up as one of the best weapons in the game. The thing is, nobody seems to have realised yet.

The Rampage is a big old LMG, meaning it has a predictably slow rate of fire but deals plenty of damage for every shot you hit. Looking at its statistics though, it’s hard to tell why anyone would choose it over its cousin, the Flatline, which draws the most comparisons. Most players reject the Rampage, as I used to, because it has inferior DPS, RPM, and a higher time to kill than the Flatline. All the Rampage offers is a bigger magazine, so why would you ever choose it? 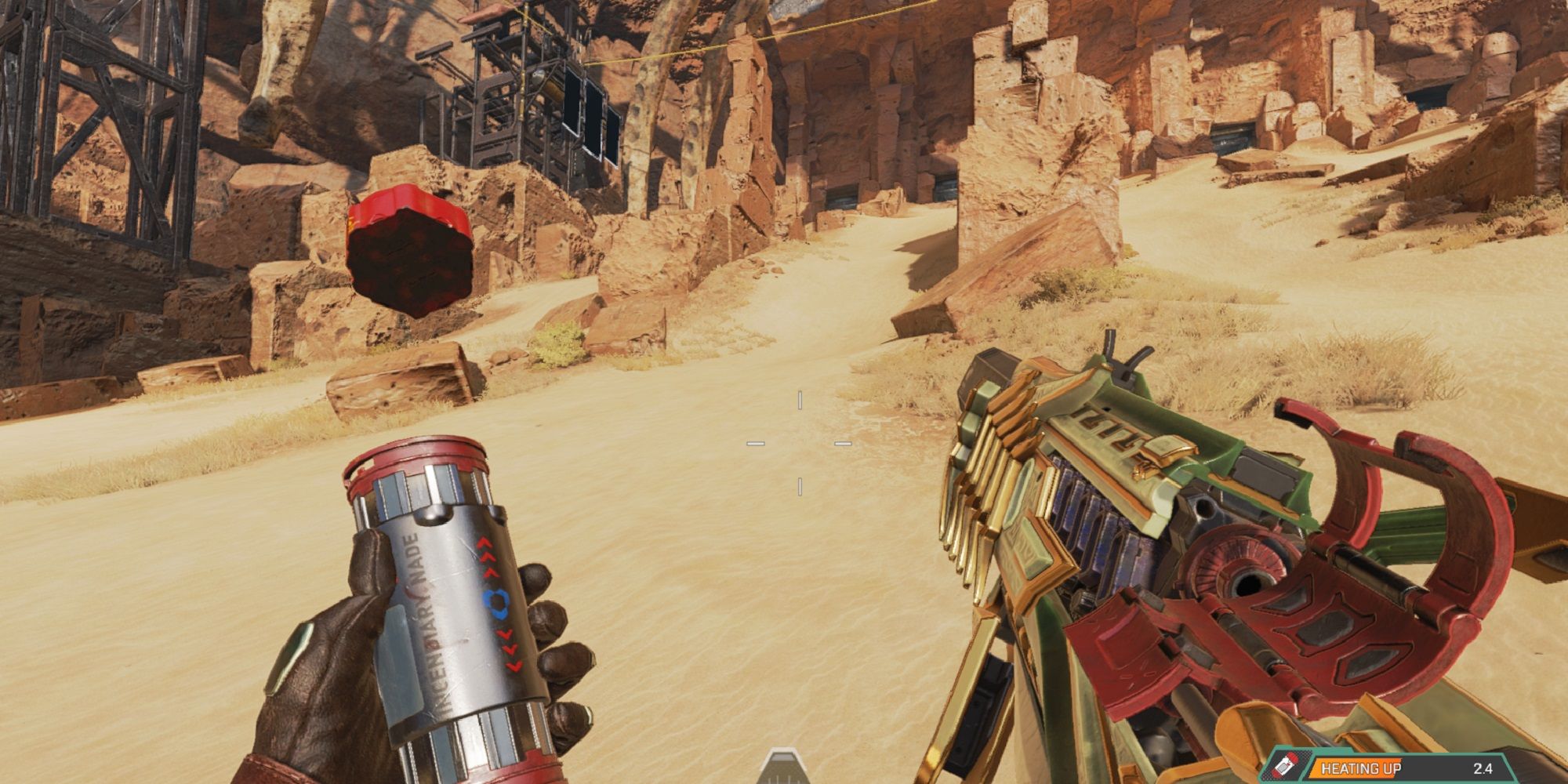 That’s where the humble Thermite Grenade comes in. The fiery little hotdog-shaped throwable can be inserted into the Rampage to increase its rate of fire by nearly 30 percent, as well as granting the LMG the ability to shoot down doors. While the stats still fall short of the Flatine, the latter ability can come in clutch in tight situations.

For small the price of Apex Legends’ worst grenade fed into the Rampage’s hungry maw, it becomes a devastating beast. Even the sound alone makes it better than the Flatline. Hearing the “THUD THUD” of a Rampage will make me think twice about pushing a team, and the “THUDTHUDTHUDTHUD” of a Thermited LMG will force me into a swift 180 as soon as I can.

There’s also something to the feel of a gun. The Flatline shoots its bullets much faster because it’s an Assault Rifle, but it makes it feel quite similar to a lot of other ARs. The sound helps differentiate it from an R-301, but you can’t deny the two are fundamentally counterparts, with marginally different recoil patterns and ranges – the only real difference is the ammo they take. The Rampage, on the other hand, is different to anything that has come before and will likely come for a good while yet. Its slow thudding gives every bullet impact, and makes the weapon truly feel like it’s hitting opponents for 28 damage per shot. I would argue that the only other weapon that feels so powerful in the game is the Kraber, the noise and recoil of which match its power to one-shot most enemies from across the map. 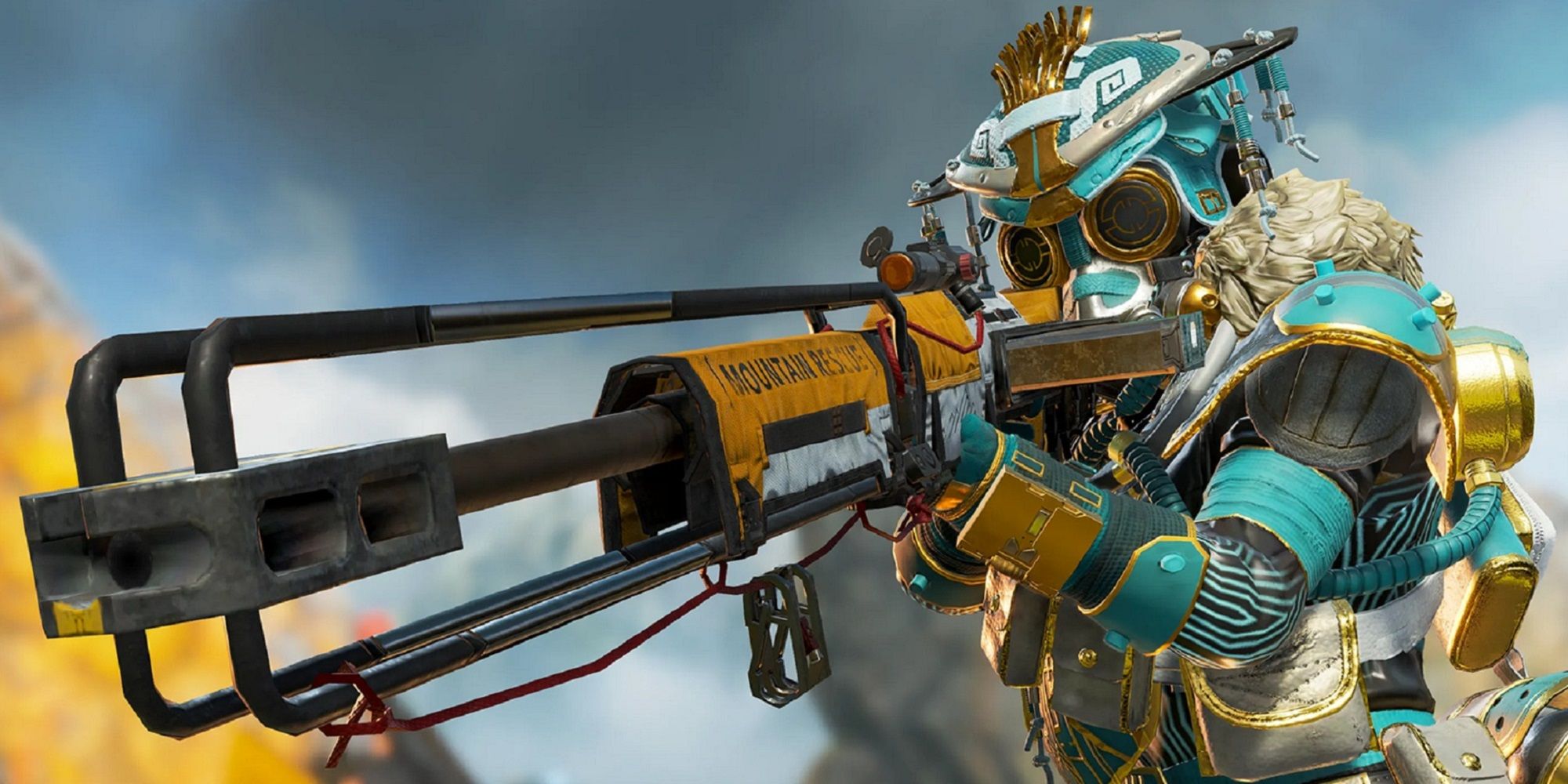 So, is the Rampage powerful, or does it just feel it? It’s certainly no Kraber, I’ll grant you that, but I’d pick one up if I saw it on the ground – especially if there was a Thermite lying nearby. We’ve seen a couple knocking around the Apex Legends Global Series, but far more Flatlines for what it’s worth. It’s hardly surprising, as out of the two heavy ammo weapons, the Flatline has better stats pretty much all the way around. But blowing the doors off an enemy team’s cover is more important at the highest level than it is when you’re farming public lobbies, so it’s quite surprising that we haven’t seen more in the ALGS. The requirement to use up valuable inventory slots on otherwise substandard ‘nades is probably a big factor – after all, an Arc Star can also blow a door from its hinges too and is far more useful in other scenarios.

Whether you’re Team Flatline or Team Rampage – or Team Something Else for that matter – the LMG has never been in a better state than in Season 11. And while I might swap it out for its AR sibling given the opportunity, I’m still going to run for cover whenever I hear those devastating thuds.