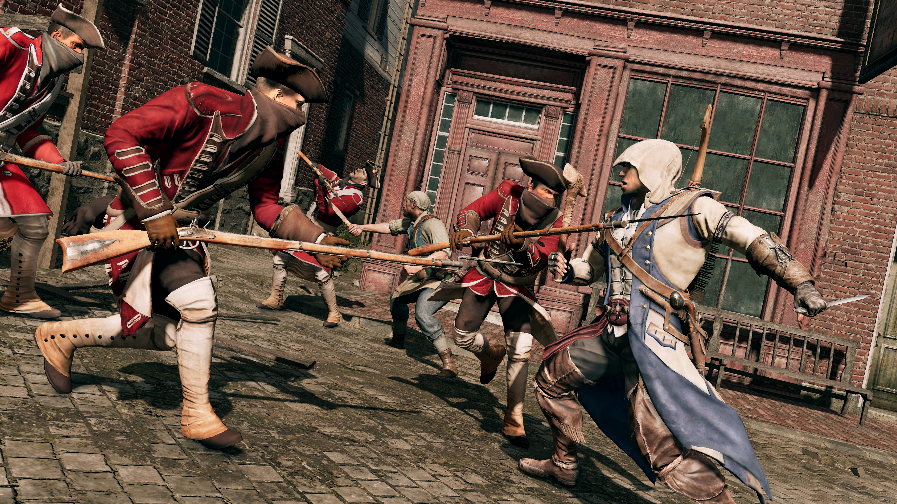 It’s hard to ignore the blandness of the models because AC3 features a heavy amount of cutscenes. While they are skippable, it’s difficult to miss the emptiness of a character.

It hurts the entire game’s experience and damages your immersion. Ubisoft tells us that these models are being improved in a Day One patch, but for now, it’s really disappointing.

AC3 is one of the best games of the earlier franchise with a fantastic plot, a range of historical characters, and genuinely some of the greatest combat in the series. Remastered helps preserve the equally satisfying and intuitive combat experience that fans of the original will have grown used to.

A great reason for AC3 to release on updated systems is the ability to play on the go with Nintendo Switch, but that is also a bad thing when it means sacrificing graphical quality on each platform. So, should you bother picking up this remaster when it launches? 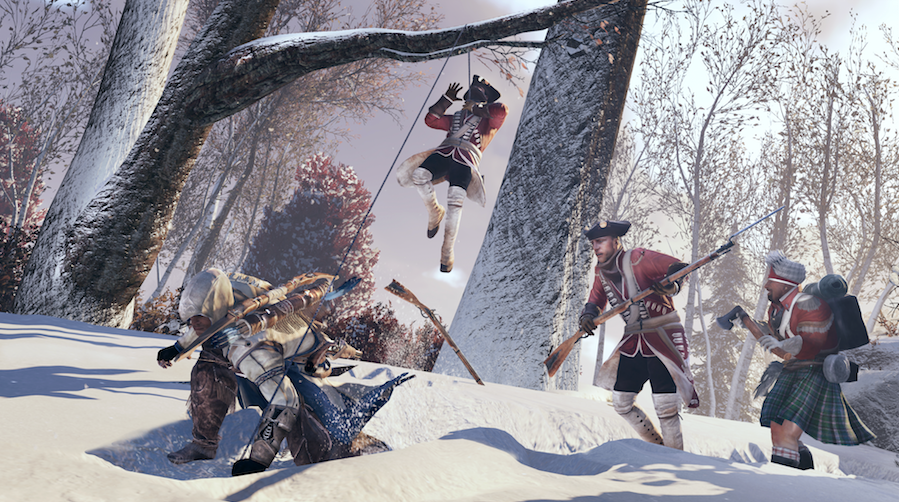 This remaster doesn’t bring much in terms of new content, and visual changes that are headlined aren’t done as well as they should be. In that regard, it still holds up as a great Assassin’s Creed game that is worthy of any fan’s money.

It’s a good time to return to Connor’s story.

• Excellent combat with a range of fancy animations and combinations
• You can now play one of the best Assassin’s Creed games on your Nintendo Switch
• A very notable revamped lighting rendering system
• If you liked the original AC3, you’re gonna love this remaster

• Character models that look like deformed wax figures from Madame Tussauds
• A tiring pace to the story
• Repetitive types of enemies
• If you didn’t like the original AC3, you’re gonna hate this remaster