Biomutant doesn’t get off to a strong start. Its first hour is filled with self-contained locations that are a far cry from the sweeping vistas we’ve seen in early trailers, with claustrophobic corridors and underground dungeons serving as the locale for a lengthy tutorial. Its entry-level combat doesn’t resemble those early trailers, either, coming across as clunky and unresponsive when compared to some others in the genre. However, after that first hour of slogging through the janky tutorial, its true colors finally shine through –Biomutant is an ambitious game that bit off more than it could chew.

From its combat and Aura system to collectible mounts and boss battles, an awkward sense of unpolish pervades every inch of Biomutant. That’s not to say it isn’t a fun game – despite dozens of half-baked ideas, I still managed to find a bit of enjoyment out of its vibrant world. There are dozens of brilliant concepts hidden below the surface, but most of those ideas never reach their full potential.

Combat is the most obvious victim of a team spread too thin. Biomutant gives you incredible freedom to create a character that best suits your playstyle – whether you want to run around with a massive sword, unleash magical Psi-Powers, or just shoot shit with shiny guns, Biomutant lets you play how you want. All that freedom means there’s a lot to keep track of, and unfortunately for melee fans, close-range combat seems to have drawn the short end of the stick. 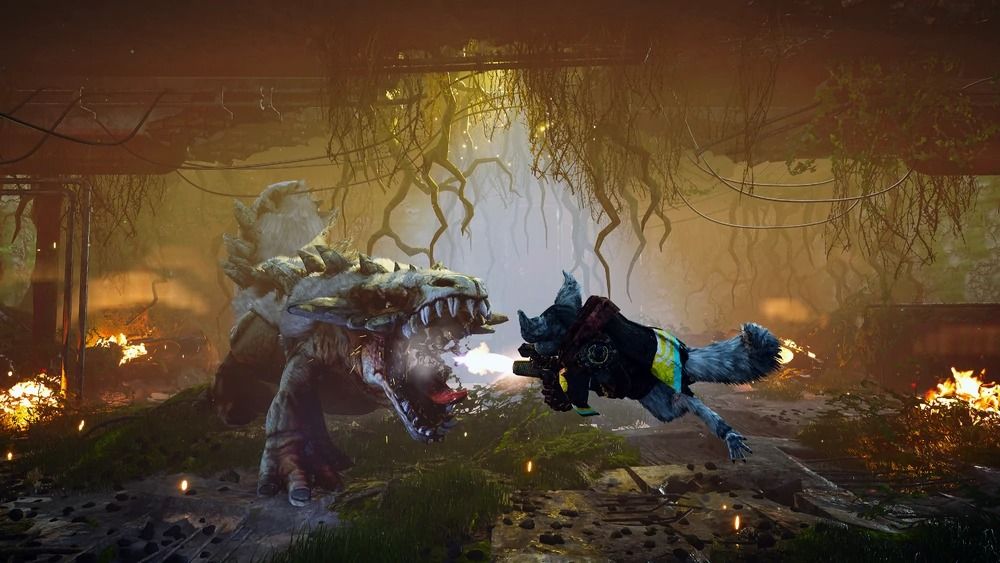 Not only do most types of melee weapons share the exact same attack combos, but they’re also incredibly buggy. One combo, for example, sees you perform two basic attacks before completing the sequence with a third button press. Getting knocked down by an enemy should reset your combo – but that’s not the case in Biomutant. On dozens of occasions, I would be interrupted in the middle of my combo, only to bounce back to my feet and still have the option to complete my attack. Other times, combo buttons simply wouldn’t register. Even when melee combat works as intended, it’s all a bit floaty and unorganized – leading me away from using monstrous swords and instead to the world of Psi-Powers and guns.

Regardless of your combat style, it’s in your best interest to constantly spam the “Parry” button, as there seems to be no drawback to the action whatsoever.

As janky as it is, combat is vastly improved when tackled from a distance. Difficultly slowly ramps up over the course of the story, with new enemies introducing new attack patterns for you to learn and overcome. Boss battles were a bit of a letdown, however, as they all felt oddly similar and typically force you into some sort of vehicle – meaning all those flashy skills and weapons you’ve been unlocking are all but useless during Biomutant’s most important fights.

Your entire adventure is narrated by a single voice, with no others making themselves heard beyond random gibberish thrown about by NPCs. It’s a far cry from David Attenborough or Ron Howard, but the narrator does a decent job of moving the action along without getting too overbearing.

Your actions during critical scenes play a role in how the story develops and what the narrator says, although I found most choices to lack real consequence. At one point, I was given the option to either kill or save a character integral to the entire story – yet my game ended the same regardless of which action I chose. Only a few decisions will have a significant impact on the story, and I couldn’t help but feel let down that most of my choices only altered minor dialogue details with NPCs. 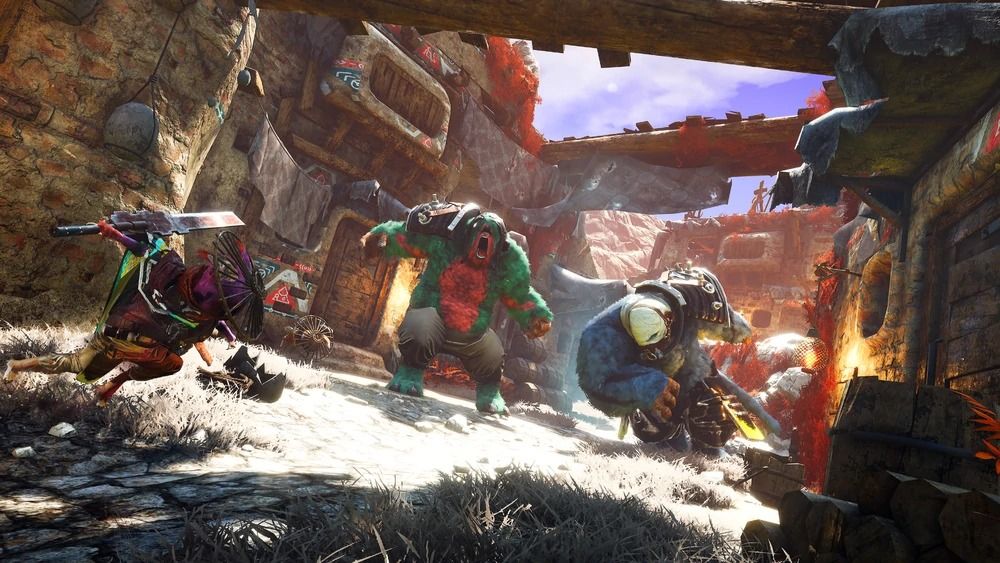 Still, much of Biomutant’s dialogue is a joy to read through. Packed with various proverbs, words of encouragement, and terrible – but hilarious – puns, I was always curious as to what its furry inhabitants would think of next. The dialogue alone will likely turn Biomutant into an instant cult classic, although it certainly won’t be everyone’s cup of tea.

Despite a sense of unpolish, I couldn’t seem to pull myself away from Biomutant’s quirky post-apocalyptic world. As someone who stuck to using bigger and bigger guns, I escaped the worst of the combat system. Pulling off well-timed dodges and firing off round after round of radioactive bullets never seemed to get old, even after more than 30 hours with the game. Its world is one worth exploring too, even if most of the loot is crappier than the gear you crafted five hours ago – every so often you’ll stumble upon a remarkably over-powered weapon, making it hard to turn your nose up at the opportunity to explore a crumbling old town.

At its core, Biomutant is a game that’s still evolving. Plenty of bugs need to be ironed out, its combat system could use another coat of paint, and it desperately needs new puzzles – they rarely move beyond a simple “match-two-colors” format. Much of the game works exactly as intended, including a robust crafting system, a fantastic suite of side quests, and an open world that’s begging to be explored. Dozens of great ideas are lurking just below the jank, and so is an enjoyable game if you’re able to look past them.