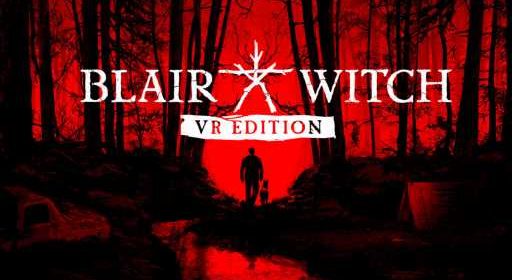 Blair Witch: VR Edition takes the original flatscreen version from 2019 and gives it a VR makeover, most importantly adding plenty of new interactive features to make the gameplay as immersive as possible. For instance, when exploring the creepy woods you’ll have your ever faithful pooch Bullet by your side with new commands the original didn’t have. Pet Bullet or give him treats which he’ll take right out of your hand.

There are plenty of other VR additions to play around with when you’re not getting absolutely terrified. Environmental objects like doors and cupboards can be opened by grabbing them, whilst puzzle elements such as padlocks or other mechanical elements have to be physically interacted with. Because of this the PlayStation VR version only works with the PlayStation Move controllers. It’ll also include plenty of unlockable Trophies.

Whilst the gameplay has been overhauled the story remains the same. You take on the role of former police officer Ellis who heads into the Black Hills Forest with Bullet to help join a search for a young missing boy. However, Ellis has a troubled past, suffering from PTSD and panic attacks that play out whilst wandering through the woods.

Blair Witch: VR Edition is available today on the PlayStation Store and Steam for $29.99 USD. PlayStation VR owners also have the choice to purchase a deluxe, physical version of the videogame which also includes the original soundtrack and Art of Blair Witch digital artbook for $34.99. Check out the new trailer below and for further updates, keep reading VRFocus.