When Overwatch debuted its new “Academy” skin for Korean idol, war hero, and champion gamer Hana “D.Va” Song last month, few people more delighted than Kim. Kim, who asked to be kept anonymous, is a 22-year-old student living near Los Angeles. In many ways, she’s exactly what you might expect from an Overwatch fan. She plays with friends, cheers for the Seoul Dynasty in the Overwatch League, and is a proud Mercy main. There’s just one difference: Kim works as a cam girl, doing online shows for paying customers.

[Content warning: The text of this article discusses sex, pornography, and NSFW situations.]

After an introductory chat on Discord, Kim tells me that she needs to film a take for an audition to play D.Va in an sexual short produced in the free 3D modeling program Blender. She asks if I want to listen in, and I say sure. So she drops her normal voice and cadence, which is low and tinged with vocal fry, and becomes D.Va through moans and gasps. 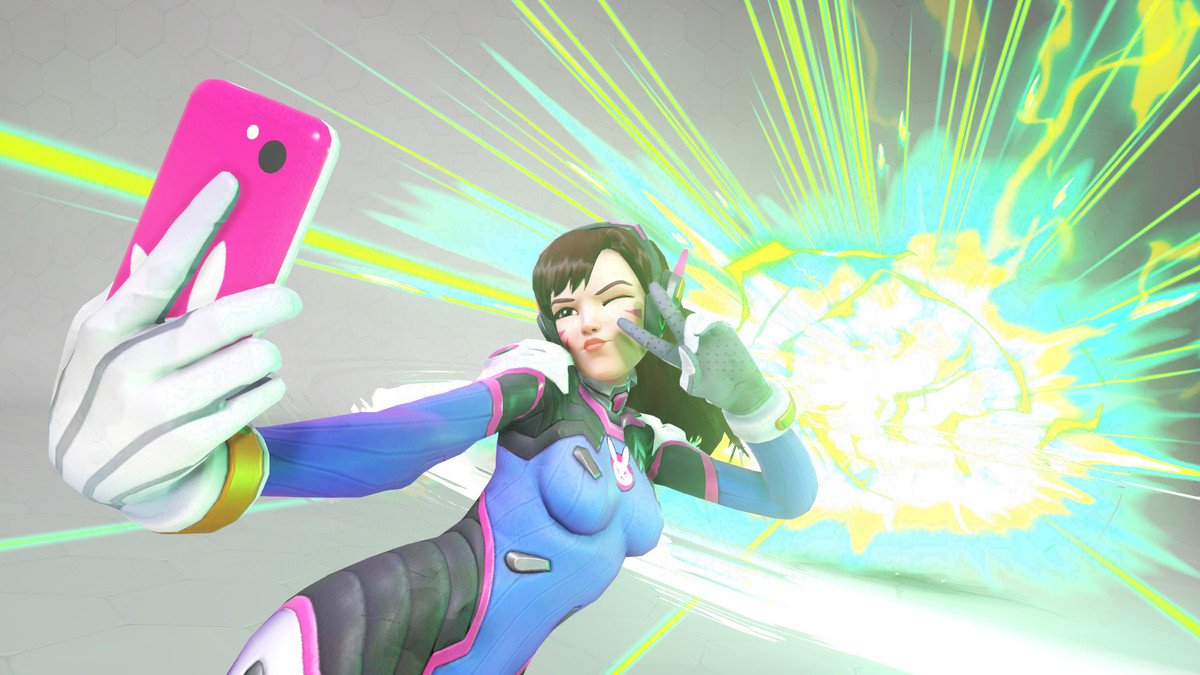 Every Overwatch character has a defined set of lore, but fans still like to fill in the blanks. McCree can be a soft, sweet cinnamon roll or a rooting, tooting cowboy. Reaper is shown as a serial killer in-game, but fans love thinking about Gabriel Reyes’ wholesome relationship with other Overwatch members. For many, D.Va is a feminist icon, a Cheetos-eating gamer gremlin, or perhaps she’s a sex symbol. Academy D.Va, which puts her in a schoolgirl outfit, appeals to many of the latter kind of fan. 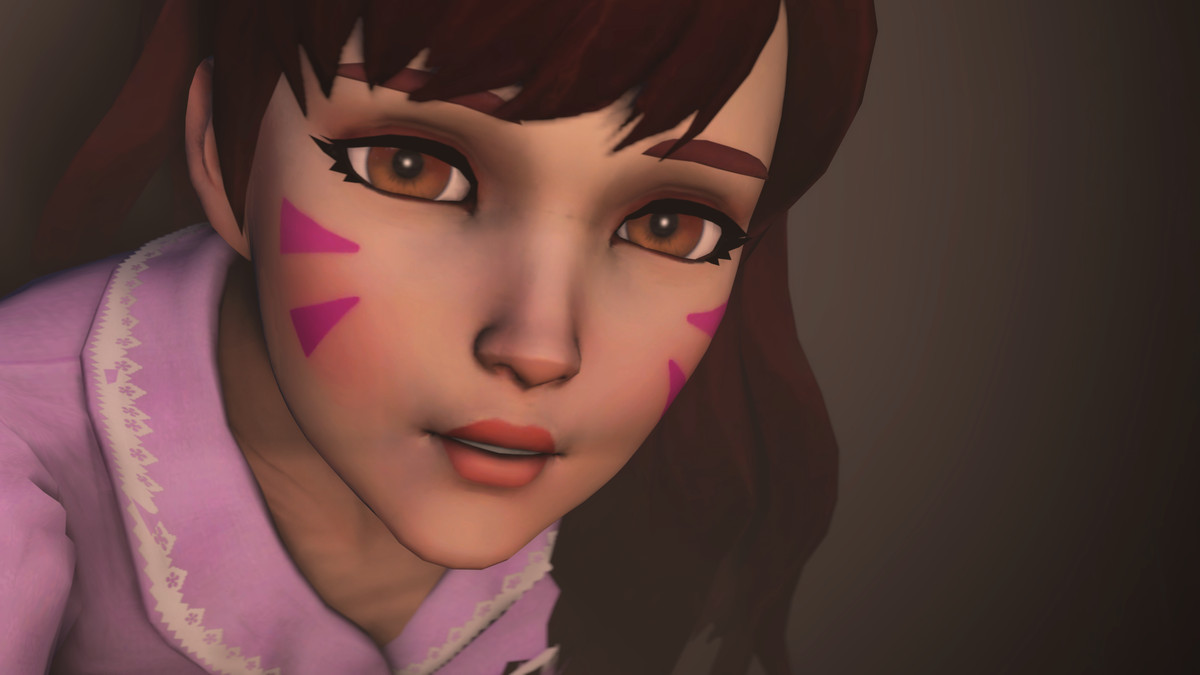 “Tim,” who asked to stay anonymous, says he used to dabble in various games, making models for characters from Resident Evil and Dead or Alive. After an animation he made of Overwatch’s Mei performing oral sex went viral, fans swarmed his small but steady Patreon — and now he works exclusively in Overwatch. “I can’t afford not to,” he says.

“I myself personally have no attachment to it,” Ron says. “It’s a job.”

Whenever there’s a new batch of Overwatch skins, established creators often rush to produce models — 3D figures that can be posed and moved — that can be used in sexy animations.

“It’s like an exclusivity deal,” says Tim. “Sony wants to be the only one with a Spider-Man game, because it sells PS4s.”

Despite the timeliness factor, rule 34 creators have to be careful. “Being first is important if it is good,” says Ron. “If you are first and it looks like you scraped it off your boot, then there is no point.”

As Overwatch maintains its standing in the rule 34 community, fan creations are becoming increasingly complex. Some artists scrape together in-game sounds and voice lines for their shorts, others pay actresses like Kim for custom performances. One Source Filmmaker artist, LordAardvark, says that his shorts cost somewhere between $400 and $1,200 to produce. He stresses that he goes for ambitious projects, and pays well above industry rates. His Patreon draws in about $4,000 a month, with little variation over time.

“It’s taking digs at the AAA industry as a whole, and the toxic elements Blizzard is spearheading,” LordAardvark says. 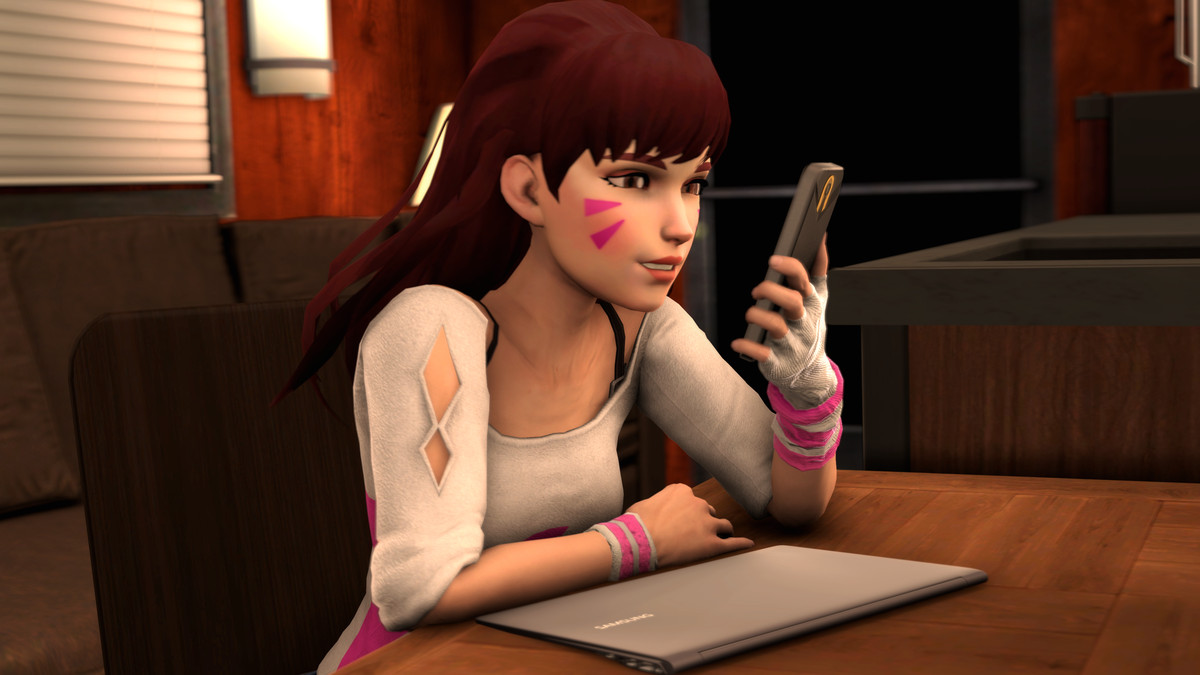 “Obviously, [a cease and desist] is always a possibility hanging over my shoulder,” says LordAardvark. “If [Blizzard] ever have an issue, all they have to do is send me an email saying ‘stop this shit, we don’t like it’, and I’ll fucking cut it out then and there.”

There are social ramifications too. Kim works under a stage name, and thinks her parents would stop paying for her education if they learned about her job. Her income is also dependent on the web of Patreons, fan communities, and Twitter accounts that draw interest to individual artists.

“I don’t think I could do voice acting for anything else,” she says. “I’d probably have to cam more, or if that doesn’t work out, get a job.”

Porn-makers also have to keep working within the confines of their audiences’ tastes. While LordAardvark’s Rabbit.Hole series is very popular, that doesn’t necessarily funnel interest into his other projects and works.

“It created a bubble off to the side,” he says. “This entirely separate sphere with Rabbit.Hole and D.Va fans who don’t really participate with much of the other work. As a whole, they tend to be a very isolated group.”

That fervent D.Va fandom may explain why Blizzard expected the schoolgirl outfit to make waves. In a stream with a community figure, Overwatch game director Jeff Kaplan said the cosmetic would likely “break the internet,” a term that brings the 2014 Paper Magazine shoot that starred Kim Kardashian’s derrière to mind.

Despite D.Va’s popularity and extremely visible life as a gaming sex icon, it’s unclear if Blizzard anticipated that the schoolgirl cosmetic would become a sexually charged image within the Overwatch porn economy. Blizzard did not respond to a request for comment. What we do know is that Blizzard keeps an eye on how fans interpret their characters, sometimes even working those depictions back into the game. Grillmaster 76, a skin that depicts Soldier: 76 as a grumpy paternal figure, was inspired by the fans who lovingly depicted Soldier: 76 as Overwatch’s dad. In the case of D.Va, the developers say the Academy skin is a callback to her early career.

“We ultimately decided to tie [the anniversary skin] to the idea of D.Va being a pro gamer in high school,” designer David Kang said in a press release.

Two days after D.Va’s anniversary skin reveal, an artist who asked to remain anonymous out of fear of potential Blizzard intervention released the first images of a useable model of Academy D.Va via Patreon, where it is available for $1 backers. It is, as far as I can tell, a perfect recreation of the in-game thing — except in this case, D.Va’s clothes can be removed or altered. There’s more to figure out: textures, physics, poses. Already, smut-makers are hard at work with minute concerns, like making sure Academy D.Va’s head maintains a good tempo while she deepthroats an unseen figure. Nobody is done yet, but like Black Cat D.Va, and Cruiser D.Va before her, Academy D.Va’s starring role in a porn film is a foregone conclusion.