Blood & Truth tells the trials of the Marks crime family in London, fending off rivals in a bid for survival. Make no mistake: The milieu quickly leans on your Guy Ritchie-inspired assumptions, employing criminal shorthand for the easiest imaginations. It’s not nuanced, but it’s appropriate for the medium – a VR shoot-‘em-up that mainly parades enemies right in front of your face. Bob’s your uncle, as they say.

Shooting everything in your way is as easy as pulling the triggers on your Move controllers, but the movement system hampers the experience due to artificial constraints. Half the combat has the on-rails feel of an old arcade game, because you don’t have free movement. The other half is going to specific points in the environment by looking in that direction and pressing a button. These preset locations often offer cover, but don’t let you go backward to previous spots for a better vantage point, sometimes leaving your flank exposed. Speaking of cover, enemies don’t always make the best use of it, and combat feels like you’re on a moving walkway flanked by target-practice dummies.

I like the way Blood & Truth uses VR in a few novel ways, like reloading by touching the bandolier on my chest to get a new magazine, and then bringing my hands together to slide it in. Likewise, the first couple of times rerouting a fuse to open a secure door, climbing a building scaffold, or even commanding a pair of DJ turntables are mildly amusing, but these are relatively minor tasks that don’t sustain interest in VR any more than they would in real life.

Reloading gestures sometimes not registering in the heat of battle, the movement limitations, and bullet/aiming detection not functioning properly at times stress the already simple point-and-shoot gameplay, leaving even less to enjoy.

The title’s most consistent strength is not its gun gameplay, but its voice-acting. The characters aren’t revelatory, but the performances at least (in most cases) give the game something dependable. This is particularly important since even though Blood & Truth is predominantly a carnival shooter, you spend a decent amount of time watching the story unfold. Still, while there are plenty of swear words and tough-guy attitudes, the plain gunplay does not pair up with the tale of rival gangs to amount to a fully realized world. Instead, it’s like watching a series of cutscenes leading you to the next action setpiece.

Blood & Truth has some of the elements of the breezy English gangster flicks we’ve effortlessly enjoyed on the silver screen, but it lacks enough style and substance to make the formula work. 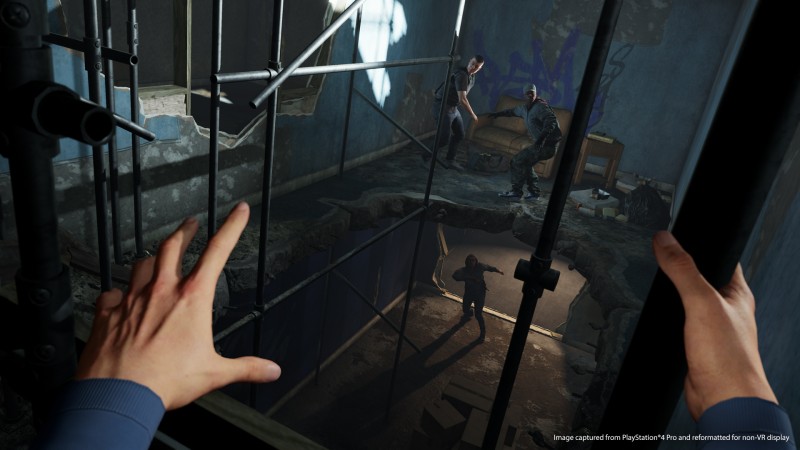 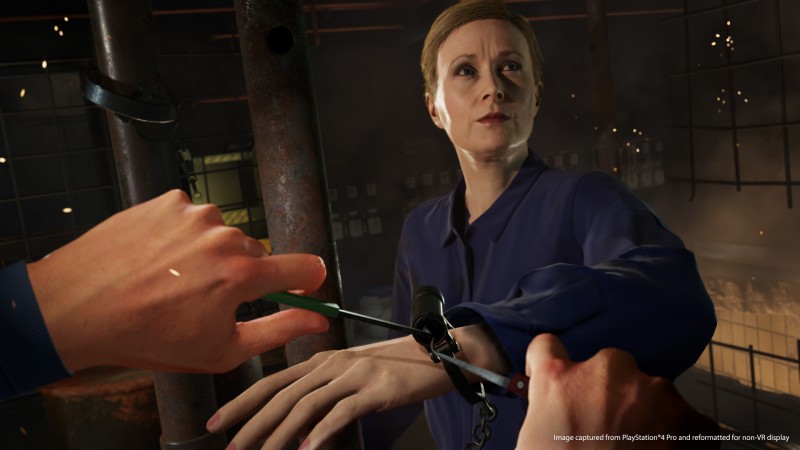 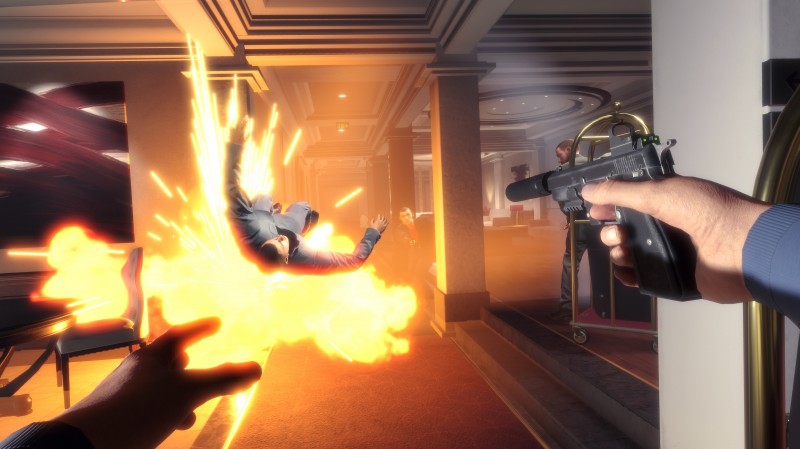 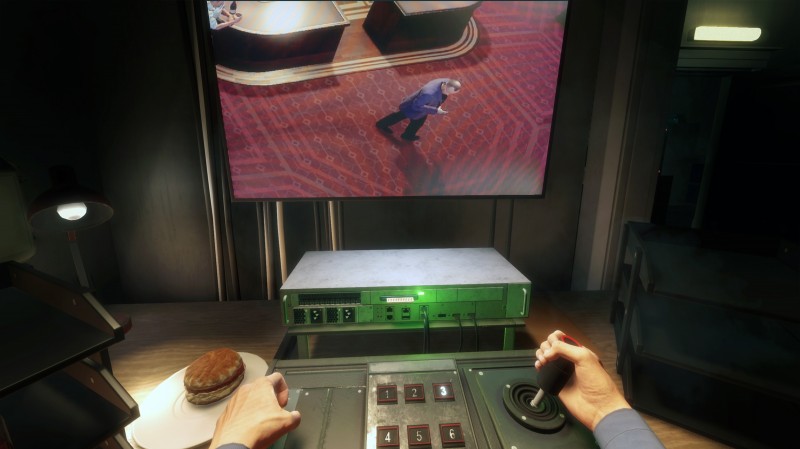 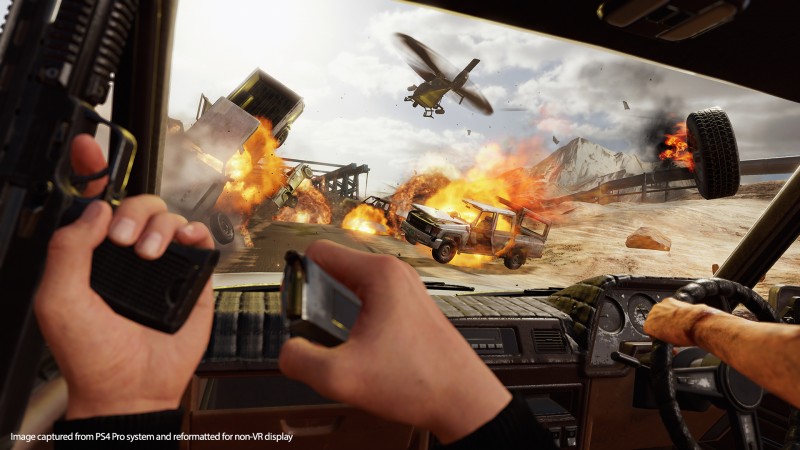 This PSVR title has the guns and the English accent, but it's not enough to make the game more than a basic on-rails shooter.