Chaos Waste is a lot more different from the core Vermintide 2 experience than I expected. You’re still fighting your way through hordes of Skaven, Beastmen, and Chaos Warriors as you and your team of heroes hike from point A to B, but there’s considerably more decisions to make along the way. Each pilgrimage through the Chaos Wastes begins with a completely fresh start — a novel idea within the endless grind framework of Vermintide 2. You still get the pleasure of making numbers go up, but Chaos Waste makes it so much easier to pick up and play. I haven’t played Vermintide 2 for some time, but I loved how easy it was to jump back in with this update and even play with friends who are brand new to the game.

Chaos Waste is a completely separate game mode from the rest of Vermintide 2, not unlike the Weave system introduced in Winds of Magic. In Chaos Waste, players randomly begin in one of the update’s 15 new levels with default weapons. Some of these levels are remixes or mashups of past levels, while others appear to be entirely new. They’re much shorter than the average Vermintide 2 mission, though, because each Pilgrimage through the Chaos Waste requires you to complete levels in a series, upgrading your weapons and perks as you go. You’ll receive a passive upgrade after completing each mission, as well as the opportunity to vote on which level (with random modifiers and rewards) your team will tackle next. It all culminates in a knock-down-drag-out arena battle where you’ll have to survive against hordes of enemies while one of Vermintide’s gods attempts to smite you with a particularly inconvenient curse. Regardless of whether or not you survive, you will receive the standard Vermintide reward chest at the end. 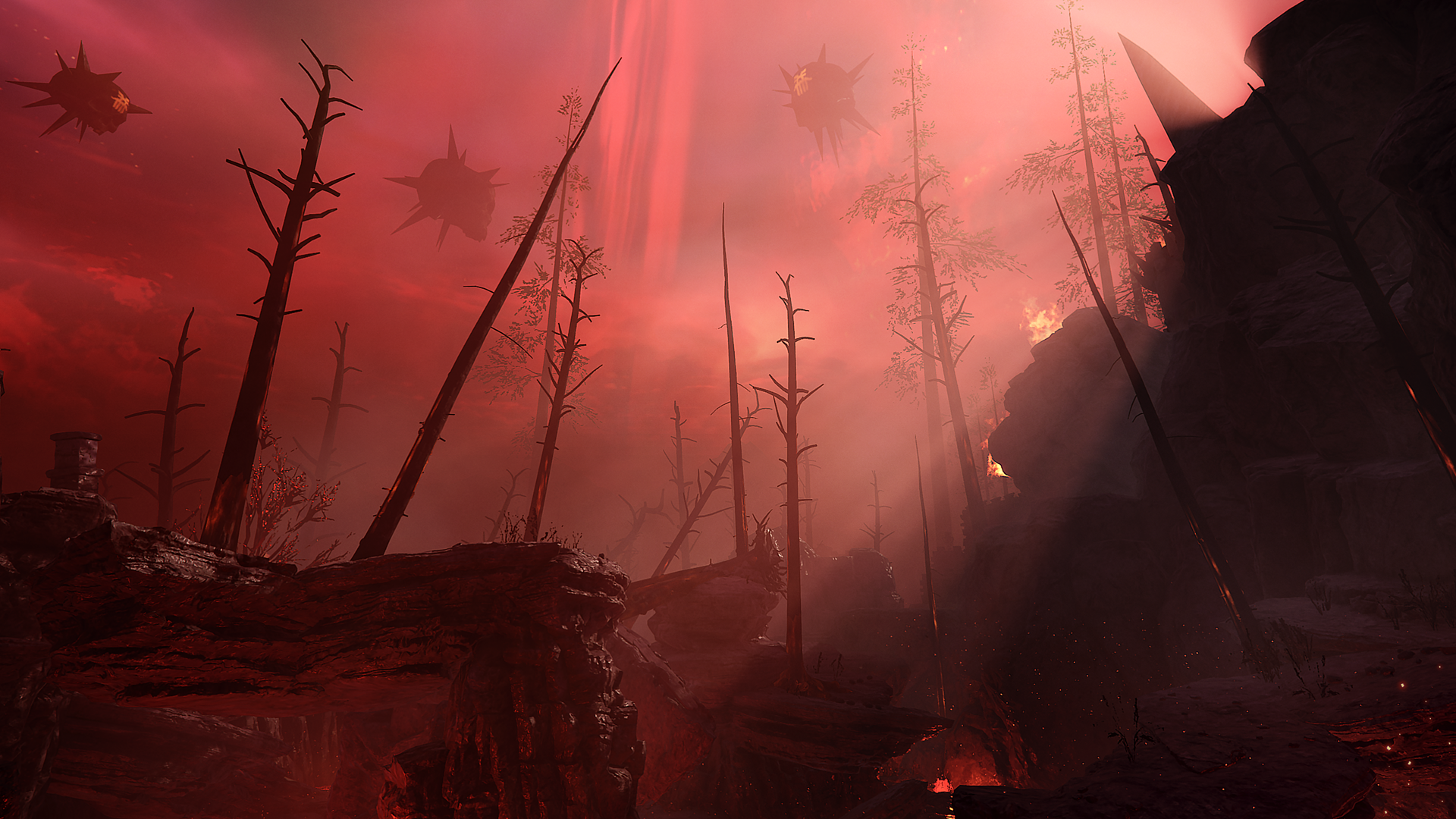 As you explore the new areas in Chaos Waste, you’ll find a number of significant differences from the Vermintide you know. Coins are hidden throughout each level, which can occasionally be spent at altars randomly placed throughout the world. Here you can purchase a random new weapon, upgrade the rarity of your current weapon, or purchase a random boon. Boons can be anything from an additional selection on your talent tree to passive stat bonuses to incredible powers like chain lightning. Additionally, challenge altars will throw an extra monster at you, but reward you with a choice between three upgrades. You never know what you’re going to get from a boon, and one good boon can help guide how you build your character.

Say, for example, you find chain lightning early on. The lightning only procs when you deal crit damage, so immediately you’ll be on the lookout for anything that increases crit chance. You may try purchasing new weapons that increase crit, or seek out crit-enhancing bonuses whenever you visit the shops between missions. It’s a lot of fun to experiment with new builds in Chaos Waste, and boons only last for a single run, so you never feel like you have to commit to any particular playstyle.

In fact, it’s common to change your playstyle several times in a single run. The weapon shrines typically offer a damage upgrade over your currently equipped weapon, but the type of weapon you receive is completely random. If you’re the kind of Vermintide player that always uses the same gear, Chaos Waste will really force you out of your comfort zone. It’s likely you’ll discover a build or two you’ve never tried before, which is one of the best things about this game mode.

Because your entire party starts from scratch at the beginning of each run, Chaos Waste has some huge benefits for casual and new players. I main Kerillian, and I’ve made a lot of progress in her different careers over the years, but that means I’ve never really had the chance to play Sienna. Chaos Waste gave me the opportunity to try out different characters without worrying too much about being under-leveled. It can be difficult to play Vermintide 2 with new players because of the huge difference in gear level, but Chaos Waste levels the playing field for everyone…mostly. 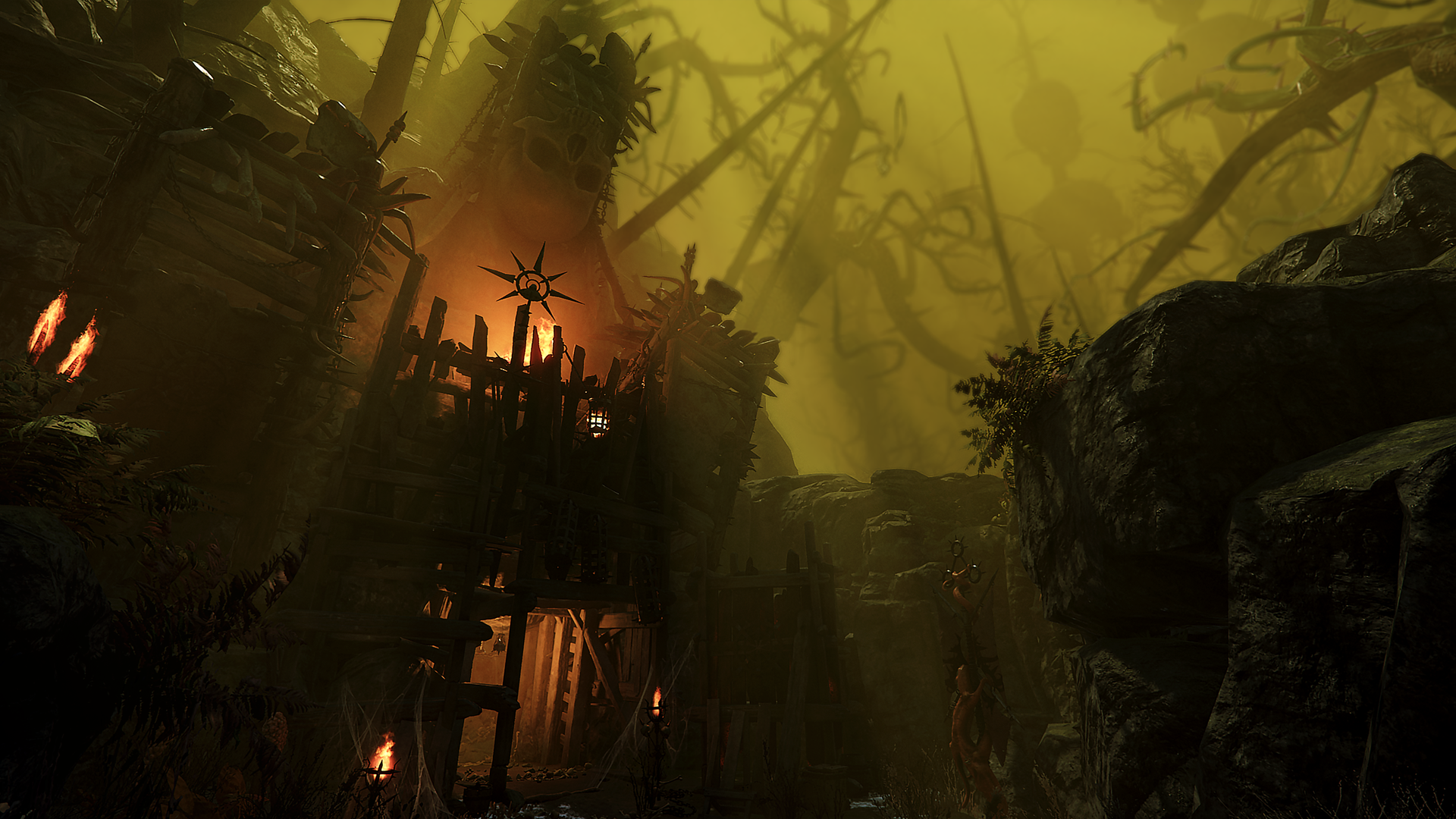 The test server I played Chaos Waste on had every hero at max level and every career unlocked, so I can’t say for certain how it will work when the update goes live later this week, but from what I can tell, you do carry your talents into Chaos Waste. Your gear level doesn’t seem to matter, but if you haven’t leveled up enough to unlock your character’s full talent tree, I would imagine you’re going to be at a major disadvantage. This won’t matter to most Vermintide 2 players that already have max level characters, but for Vermin-curious, it seems like an unnecessary barrier.

Similarly, the rewards you get at the end of a Chaos Waste run are your standard reward chests, just as you would get from a regular run. It feels weird to finish a Chaos Waste adventure and be rewarded with gear you can’t use in Chaos Waste. I wish that the rewards fed back into Chaos Waste, because right now the game mode doesn’t have any meta-progression at all. This makes Chaos Waste feel a bit pointless because, though the number of rewards is slightly increased, the runs are quite a bit longer than a normal Vermintide 2 level.

It takes more than an hour to complete one pilgrimage in Chaos Waste, which seems a bit too long. Losing in the final arena feels terrible after investing an hour into the run, especially when the only reward for losing is a single chest. I played with a group of friends, but I have a hard time believing that a group of random players will stick together through the entire run. An hour is a long time for a single session, and if someone gets frustrated or ends up with gear they don’t like, they’ll likely just quit. I suspect the vast majority of runs will end with one or more bot players in the final arena. 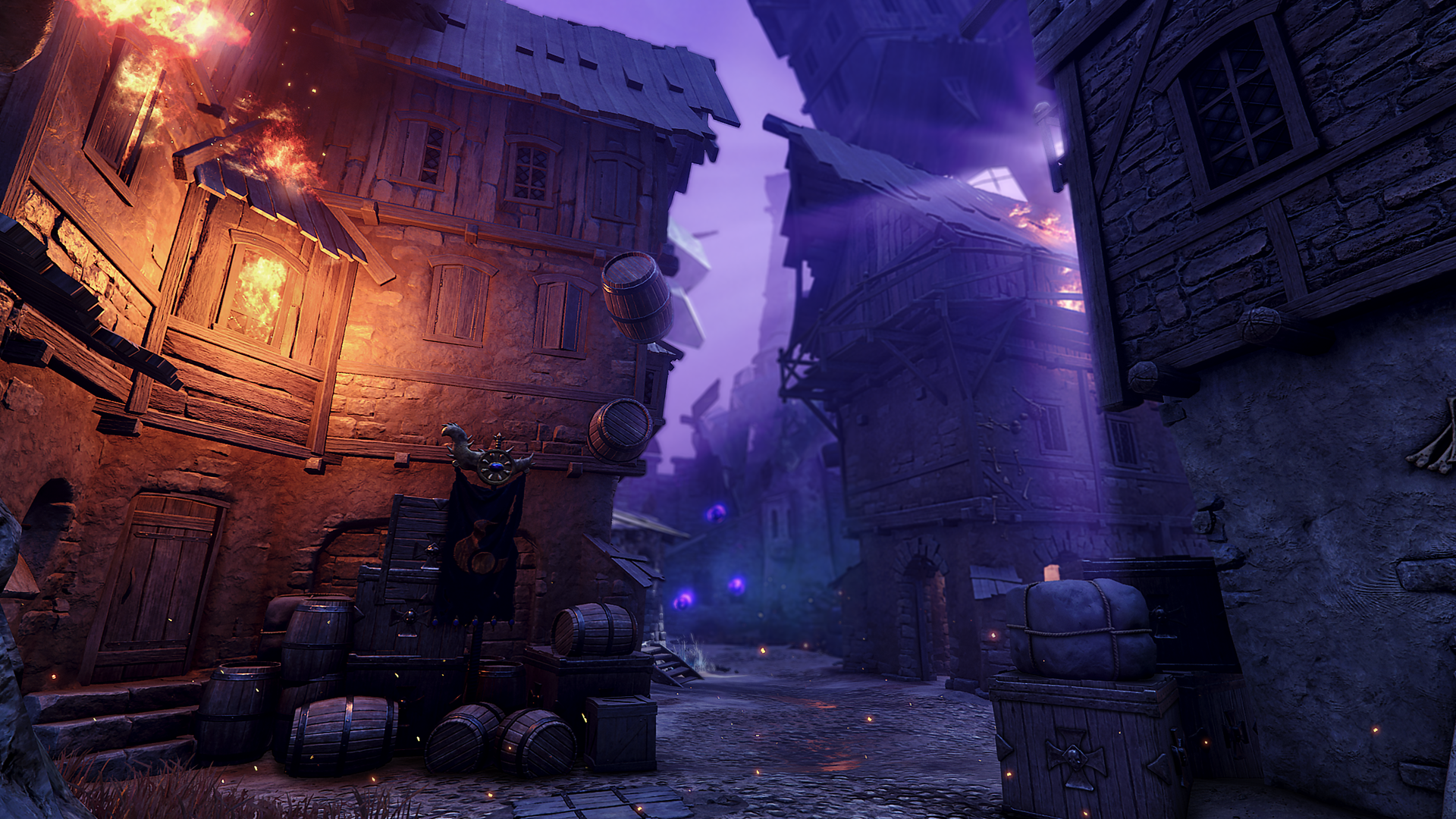 Vermintide 2 has needed something like Chaos Waste for a long time, and while I’m not fully on board with the implementation, I think this system lays a fantastic foundation. The new levels are so much fun to explore, and the amount of variety you’ll experience in each run makes it so addicting. This is a worthwhile jumping-on point for Vermintide newbies and those who have fallen off the game.

Chaos Waste is a free update for Vermintide 2, available this Tuesday, April 20.

Next: Fatshark’s Warhammer 40k: Darktide Is Definitely Inspired By Vermintide 2