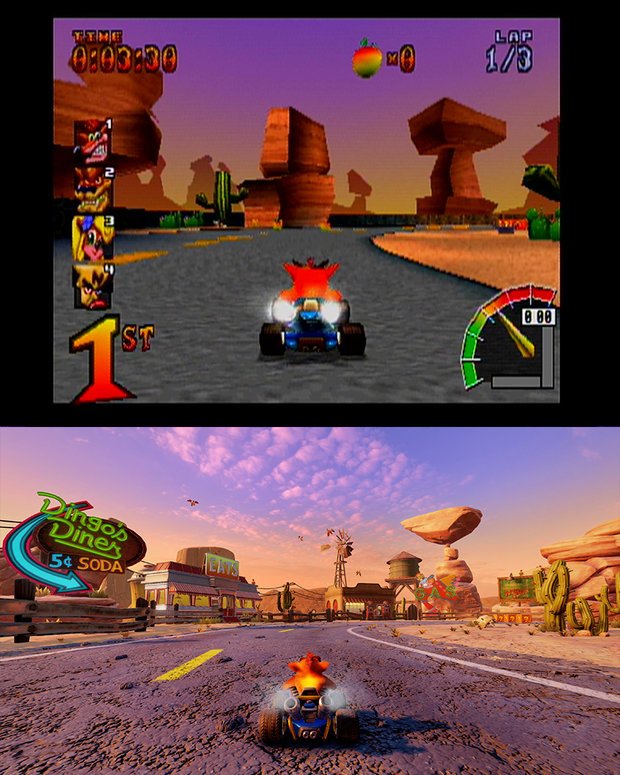 A more modern scheme is also available though, reflecting the button-mapping of more recent racers and making it effortless for all manner of players to enjoy. Despite its do-over, CTR Nitro-Fueled does well to keep true to its roots with nods to the original game in abundance.

Take CTR’s adventure mode for example. The game’s core and original formula is still very much the same, following the tale of alien antagonist Nitros Oxide as he challenges earth’s best racer in a gamble for the fate of the planet.

The player must choose a character and win a series of races and bosses in order to reach the final face-off. Venturing through the vastly different themed hub areas still offers the same sense of satisfaction with added nuance thanks to newfangled Nitro-Fueled areas.

When indulging in adventure mode, players may stick with the “classic” experience and play as one single character throughout or they may opt for the “Nitro-Fueled” approach in which they’re able to swap between characters as their leisure.

Despite the heartwarming novelty of being able to play this classic as it was originally intended, the enhanced roster of characters including familiar faces from unofficial sequel Nitro-Kart makes it difficult to turn down the liberty the alternate mode offers.

Each character also handles very differently so it’s fun to sample a bit of everything. With speed-centric characters like Dingodile you can feel harsh resistance when traversing tight corners, whereas in the shoes of manical Ripper Roo, handling is a dream but you can’t help but press your foot into the floor due to his slacking speed.

Outside of adventure mode the karting shenanigans continue in local arcade mode where up to four players can hunt down crystals, race for relics or face off in battles against each other.

Ties to Crash Nitro-Kart only strengthen here with select tracks from the 2003 title having also received the same N.Sane refurb treatment, making for refreshing new content. 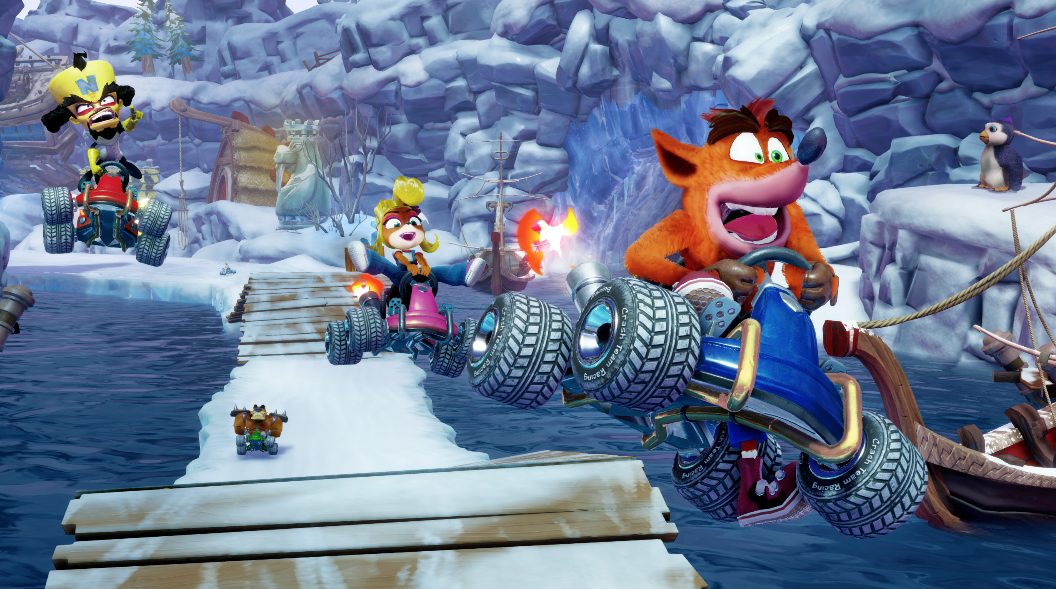 It definitely pays off to dabble in all modes with so many unlockable characters and customisation options up for grabs. Yes, players can pimp their ride with new chassis, wheels, colour schemes and even Crash inspired stickers.

Even your favourite characters can be spruced up with a brand spanking new skin. The Pit Stop offers an exotic range of customisable content to spend all your hard-earned race winnings on.

Those sparkly Wumpa Coins could get you a shower cap for Nitros Oxide or a fancy kart set.

Between crazy customisation, adventure mode time attacks and endless amounts to do in arcade mode both solo and with friends, CTR Nitro-Fueled excels at offering a valued sense of replayability that’ll most certainly keep players making return trips to channel their need for speed. 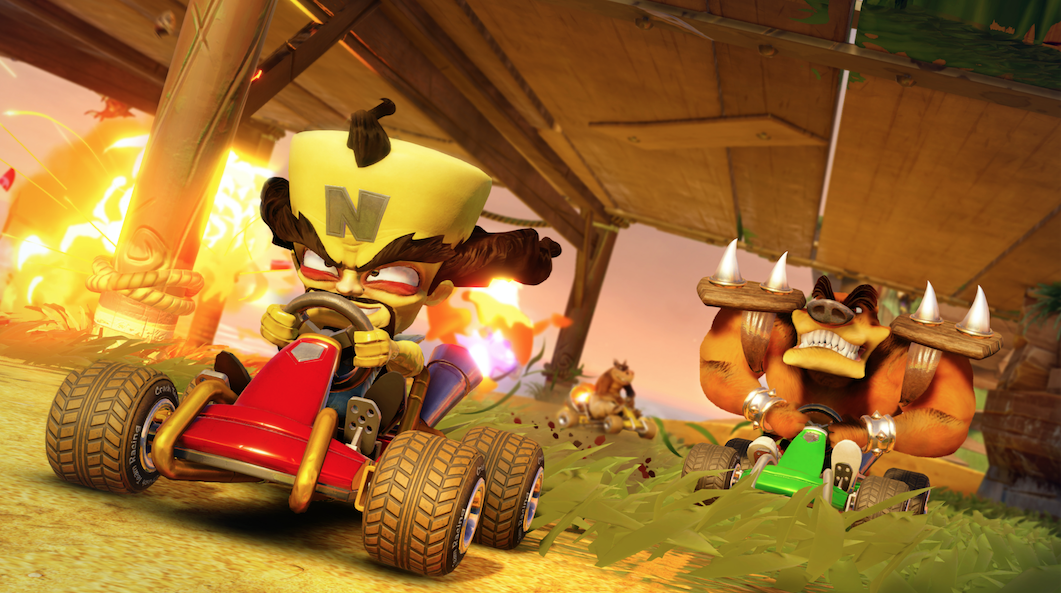 Crash Team Racing Nitro-Fueled is another remarkable remake of a true timeless classic. It masterfully balances new and fresh content with everything that originally lapped up such a fanbase.

CTR Nitro-Fuled not only feels like an indulgent, nostalgic treat but it feels like a game that can truly be appreciated all over again thanks to new and exciting tweaks and explosive new content. Step aside Mario, there’s a new karting-king in town.