Doom Eternal is a game for most players to switch off and kill demons in creative and brutal ways. While many players just want action, others will appreciate the rich history behind the game.

Argenta And The Night Sentinals

The Argenta were a race of space warriors from the planet Argent D’Nur. They had a warrior culture, with the Sentinals as the most revered of their knights. This race caught the attention of the Makyrs, who were impressed with their battle prowess. The Makyrs got worshipped as gods by the Sentinals, and in return, the Sentinals got access to Makyr technology which allowed them to overrun more worlds. Despite the partnership, the Makyrs predicted that a Sentinal would one day destroy them so every Sentinal warrior had to go through a machine called the Divinity Machine to ensure they were pure. 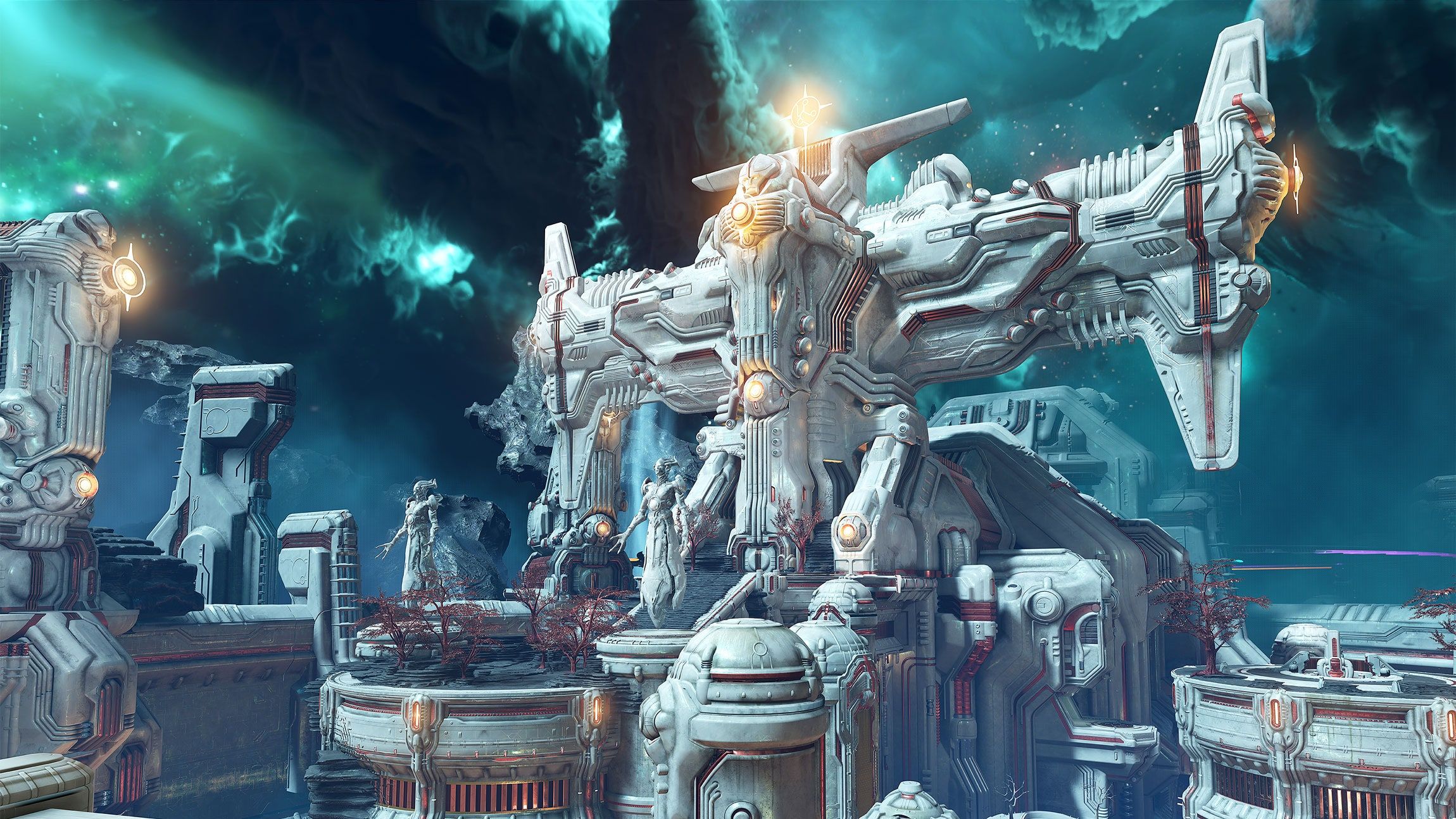 One day a portal opened on Argent D’Nur, and the Doom Guy came through. He was filled with rage from his previous experiences and spoke of the monsters he’d faced. Doom Guy was made to battle it out against other prisoners in the arena and thanks to his incredible skills, eventually became a Night Sentinal. Not long after, demons started appearing and Doom Guy, together with the Makyrs and Sentinals teamed up to fight the demons in “The Unholy Wars.”

The war went badly for the Sentinals and the Makyrs, even with Doom Guy fighting for them. The magic used by the demons was too strong and they didn’t know how to combat it. After studying captured demons, they discovered a new type of energy that could give them the edge in battle. They decided to use this new “Argent Energy” to fight back against the demons, as well as in their daily lives.

The Rise of Doom Slayer

In the battle against the Demons, the city of Taras Nabad experienced heavy losses and in the end, only Doom Guy and a handful of Sentinals were left. Before the end, A Makyr called Samur took Doom Guy to the Divinity Machine and a transformation occurred. He became much stronger, more powerful and gained superhuman ability to become the Doom Slayer. With the Doom Slayer on their side, the Sentinals started winning the war and took the fight into hell itself.

In hell, they learned that Argent Energy came from the souls of people who were killed by the demons. The Sentinals found out that the Makyrs betrayed them and made a secret agreement with the forces of hell to allow the production of Argent Energy. The Argent Energy could be used to extend the Khan Maker’s life and keep the other Makyrs alive forever.  By this time most of the Argent population couldn’t give up the new Argent Energy that was so useful. The war ended because of the deal made between the Khan and the Demons. The demons would create Argent Energy for both Argent D’Nur and Urdak, and in return, the Makyrs would give them access to any worlds they wished.  Doom Slayer and the few Sentinals and Priest left wouldn’t stand for it, and the civil war began. 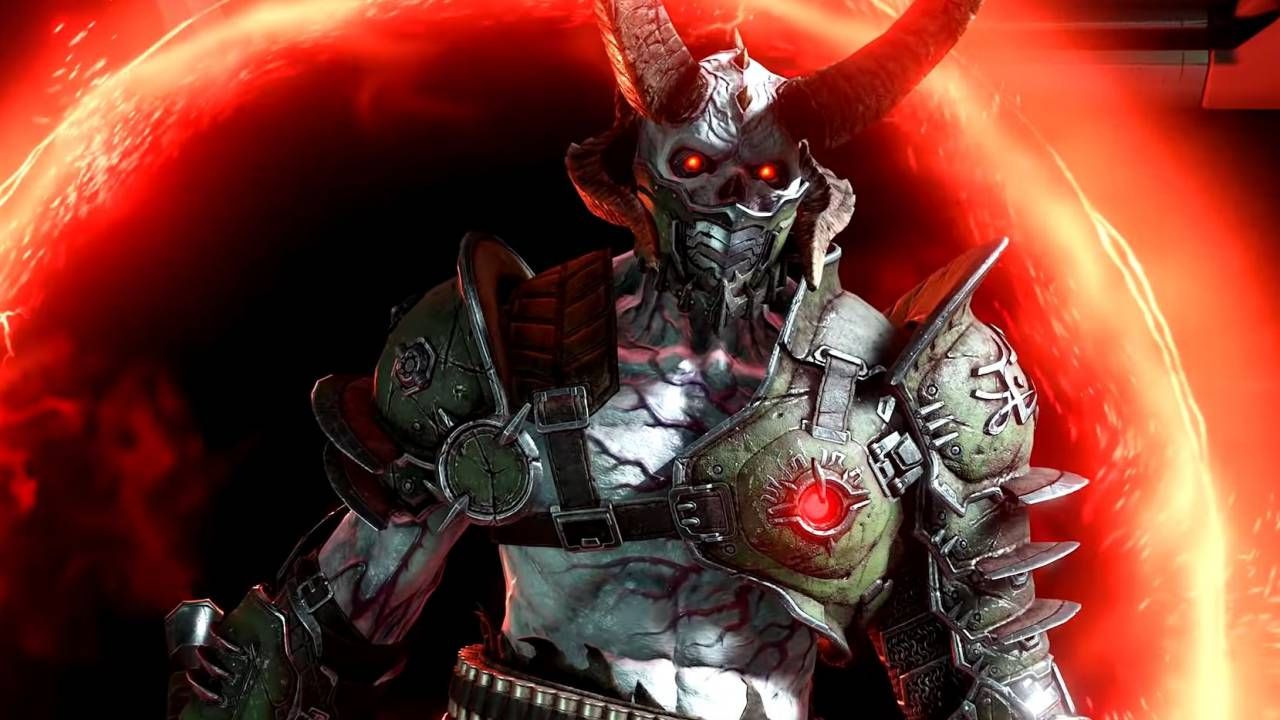 The war went on for years until the rebels came up with a plan. They would go into hell and destroy the power source of the Argent Energy. When they arrived in hell, they were ambushed and slaughtered. The priest had betrayed them and the Sentinal commander Valen also betrayed them in order to get his own son released from hell. Everyone got killed, except for Doom Slayer, who was stuck in hell. He spent the next few years killing demons and becoming a legend in hell. Since they couldn’t kill him, they set a trap.  They managed to separate him from his gear and lock him in a sarcophagus, where he stayed until the opening scene of Doom 2016.

In Doom 2016, the UAC corporation finds a way to open portals to hell and find the sarcophagus and learn about the Sentinals and Argent Energy. The head of the company,  Dr. Samuel Hayden, decides to use the energy to help Earth. The plan goes awry and the demons start invading Mars. Doom Slayer gets revived and manages to defeat the demons using the Crubible, a powerful Sentinal sword. Once the battle is over, Hayden captures  Doom Slayer and takes the Crucible sword. He then transports Doom Slayer to an unknown location.

Many years pass, and the Khan Makyr needs more Ardent Energy to prevent the Transfiguration. She opens portals on Earth for the demons to come through and billions are killed. Fortunately, Doom Slayer comes back using a Sentinal spaceship called the Fortress of Doom. Doom Slayer then gets back to business to stop the invasion and kill those responsible.