Explorer’s Guide to Wildemount is a Dungeons & Dragons book written by Matthew Mercer of Critical Role fame. He teamed up with Wizards of the Coast designers to make the book an officially-endorsed D&D product, meaning the content within should gel with most campaigns. That said, Wildemount also introduces dynamic ideas that can give players awesome new powers. Chief among these are the Vestiges of Divergence.

The book describes the Vestiges of Divergence as magic items granted by divine patrons and/or infused with great magic by archmages of old. Many were lost to time, but some can resurface as found artifacts or precious heirlooms. What sets them apart from ordinary magic items is that their power unlocks as their wielder develops and achieves great things. This allows the items to last throughout a campaign, and for players to feel a sense of growth as their character unlocks new levels of power. However, not all Vestiges are right for all characters. Here we break down what works and what doesn’t with each Vestige of Divergence. 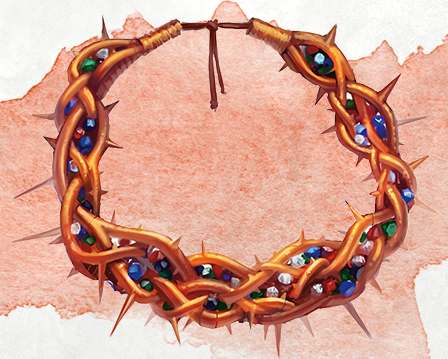 The Wreath of the Prism sparkles with gems representing the five heads of Tiamat. In keeping with the evil dragon’s theme of domination, the wreath lets the user cast dominate monster on a beast, dragon, or monstrosity. Unlike most magic items that cast spells, this isn’t limited to once per day or charge. Instead, the effect happens upon a successful attack or grapple. Later states allow for domination over more powerful creatures with increased spell save DC.

If a player is into the idea of summoning monsters or turning enemies against one another, they will like this item. But with the creature type limitations, its use will depend on the kind of setting and DM present. This item is by no means bad. In fact, smart use could lock down a certain enemy and insure they never attack the party during combat. But compared to the other Vestiges, the Wreath of the Prism feels lacking in power and versatility. 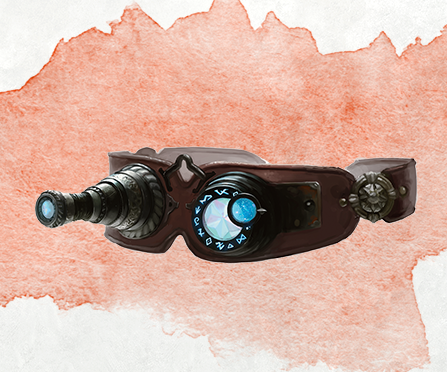 This Vestige comes in the form of a pair of goggles. Other attachments come into play later, but it’s easy to tell that this artifact’s powers are more geared toward support. At first, they grant Darkvision to the wearer as well as advantage on Investigation and Perception checks that rely on sight. In its second Awakened for, the item allows for magnification, X-ray sight, and the ability to see invisible/ethereal entities. Finally, in its Exalted state, Danoth’s Visor allows the wearer to see through illusions, polymorph, and create an antimagic field.

Overall, Danoth’s Visor is a very useful item for the party scout. That said, it’s an item that lends itself better to certain campaigns. If the DM is fond of surprises or one player built a character specifically for detection/stealth, then Danoth’s Visor should make an appearance. But if the DM is more in favor of straightforward combat, the extra kinds of sight won’t be too useful.

5 Hide of the Feral Guardian 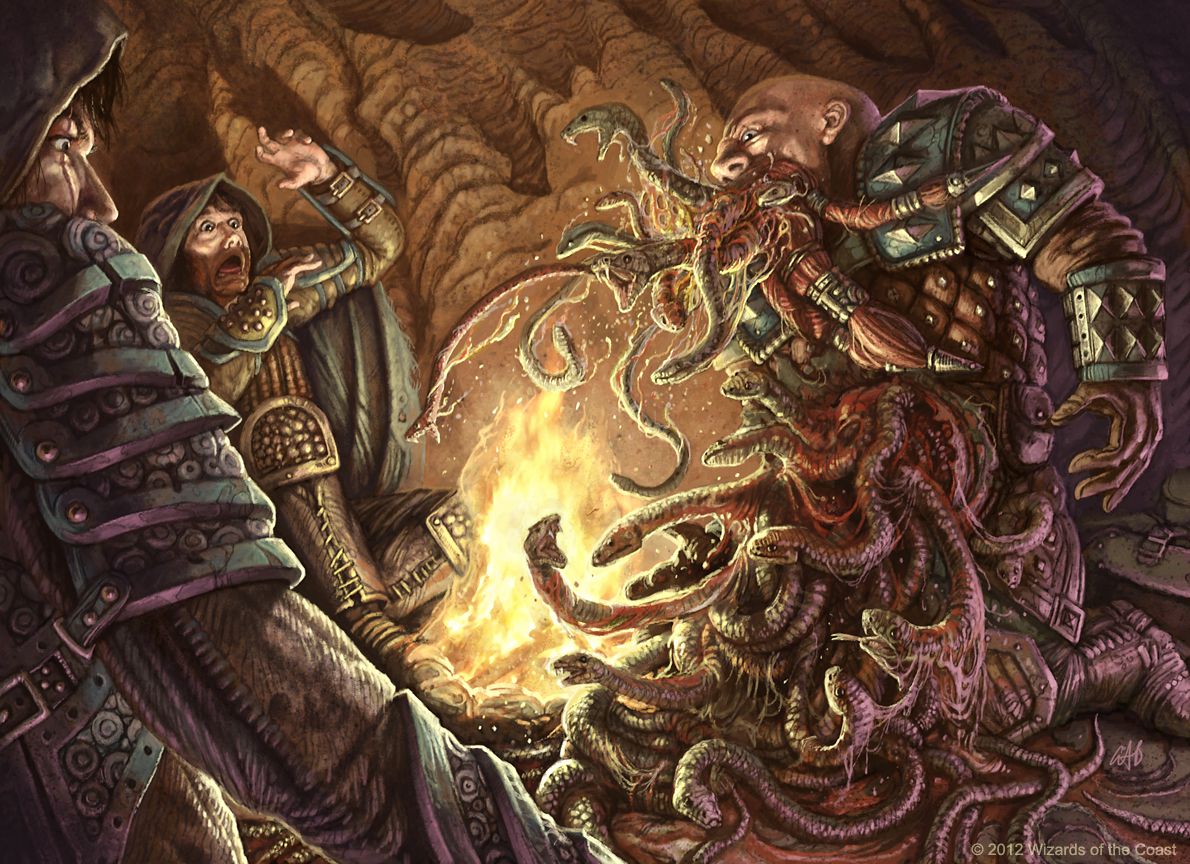 In its Dormant state, the Hide of the Feral Guardian acts as both a +1 armor for the wearer and a +1 weapon for creatures they transform into. These bonuses increase by one further for both the Awakened and Exalted levels. Each level also allows the wearer to polymorph into a new animal.

This Vestige aims to fix a big problem with druids – Wild Shape. The feature can be awesome at early levels but falls off in the late game. That’s because animals simply lack the raw power of monsters, and so the druid can fall behind in damage dealing. It typically becomes more efficient for the druid to stick to spellcasting and save Wild Shape for becoming small animals for stealth purposes. The Hide of the Feral Guardian makes a good case for sticking with Wild Shape. 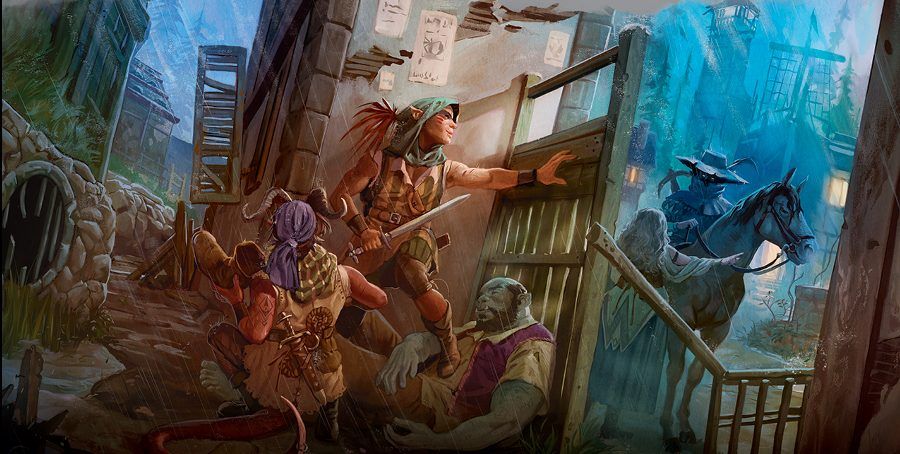 They say power comes at a cost, and the Verminshroud proves it. This item is “pieced together from the pelts of rats… and is dotted with the bloated corpses of magically preserved insects.” Its powers are suitably gross, allowing polymorphs into rodents, immunity to disease, and casting insect plague. The last ability is sharpened teeth that players can use to bite and poison foes.

The Verminshroud actually has some great powers. It’s just that its theming limits it to players who don’t mind having their characters becoming a living plague. Or those who want to roleplay the conflict of using such disgusting abilities despite being an otherwise clean person. Outside of roleplay, the Verminshroud’s abilties just don’t do much at higher tiers of play. 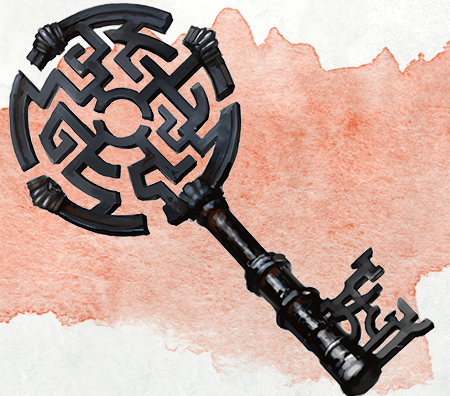 There’s a running theme with the Vestiges of Divergence in that they seem tailored towards certain classes/builds. The Infiltrator’s Key continues this trend by giving rogues some help with the whole stealth thing. Its Dormant state does that directly by bestowing advantage on thieves’ tools and stealth checks. When Awakened, it can turn into a +1 dagger and can be used to cast spells like invisibility and pass without trace. When Exalted, it lets the user open dimensional doors, even during combat.

Any thief worth their lock picks is going to want this Vestige dropped in their campaign. It allows one to cast some great travel and misdirection spells, even if they didn’t take the Arcane Trickster sublass. And who doesn’t want the ability to freely cast dimension door? 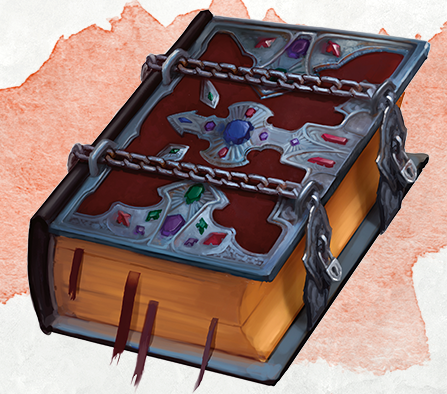 Wizards rejoice, for this Vestige is all for you. In its Dormant state, this tome can replace a wizard’s spellbook and comes with a wealth of pre-written spells. It also adds one more spell to the wizard’s daily allowed preparation. As it becomes Awakened and Exalted, the amount of allowed prepared spells grows by one again.

Anyone who is playing a wizard in a Wildemount or homebrew campaign should be begging for this item to appear. It’s straight up just an upgraded spellbook. Except it doesn’t stop there. It also gives advantage on saves against magic and allows for two uses of Arcane Recovery. 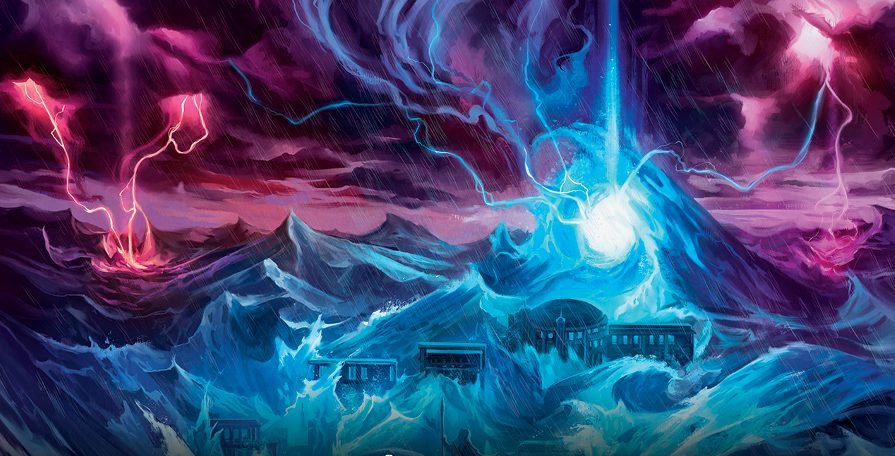 This one’s for the fighters out there. Being the one who stands in the middle of enemies and hits things can get repetitive, so Mercer and the Wizards team finally came up with a use for your bonus action. The Stormgirdle gives a flat Strength boost at each level, capping at 25 in Exalted state. More importantly, it allows the wearer to transform into a Storm Avatar using a bonus action. In this state, they become immune to thunder and lighting, deal thunder and lightning damage, and can use bonus actions to shoot lightning.

In the later states the Stormgirdle also allows for flight and casting of control weather. DMs reading this might worry that all of this can make a character overpowered. They might be right. Still, if you feel confident that you can design encounters around these powers, let your fighter have it. They’ll be grateful for the opportunity to do more than just preroll two attacks each turn.