For those retro-game-lovers out there, have you noticed there’s a weird secret blue screen which appears in the 1993 platform game Sonic CD?

Many might not know that Sonic CD includes a secret sound test wherein you can enter a certain combination of buttons that will get you to this creepy screen containing some Japanese text: 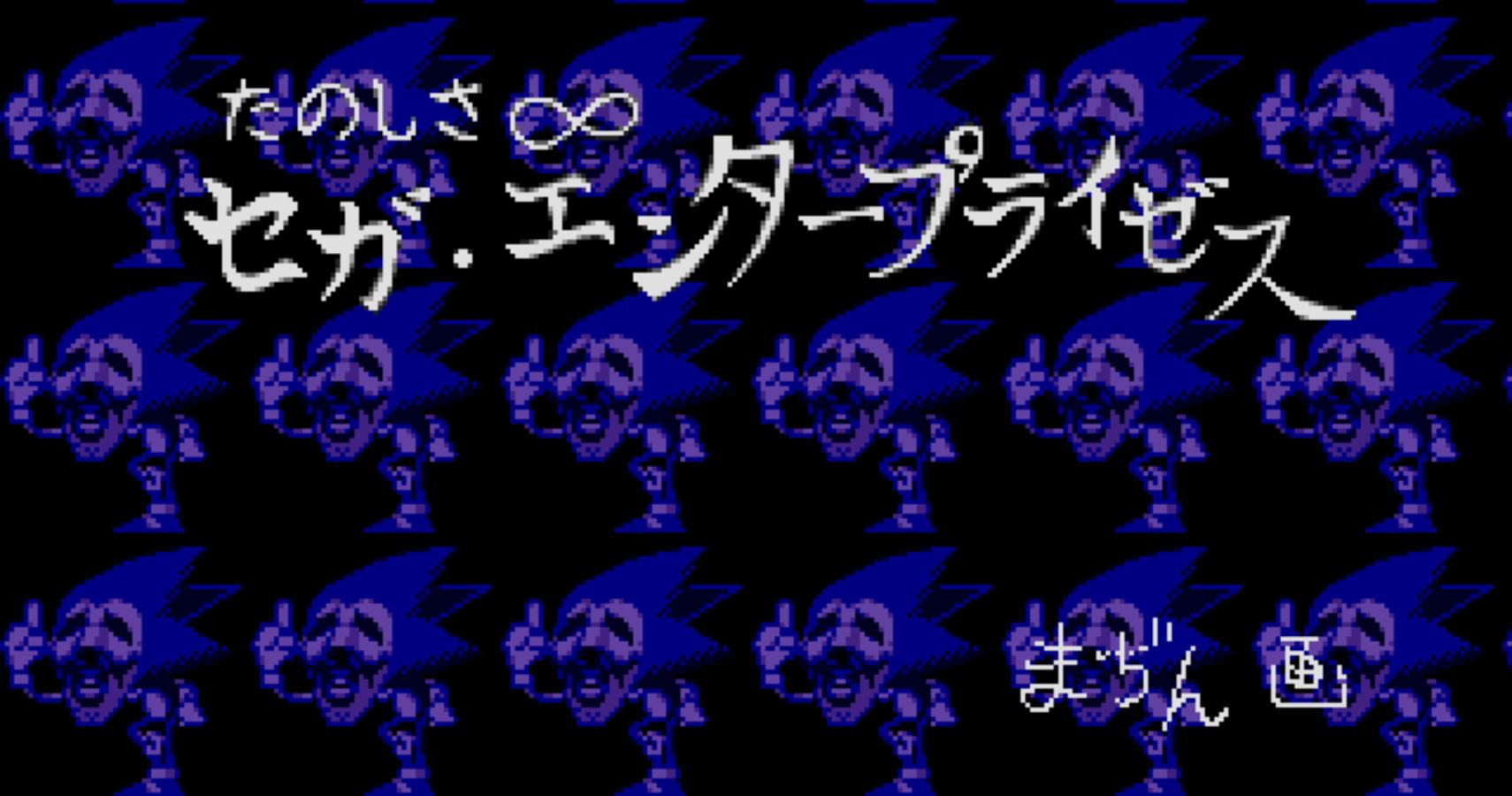 Then from here, you’ll have to tweak the three numbers you see on the screen so it says the following: FM No. 46, PCM No. 12, and DA No. 25. Then once you press Start, you will see the famed creepy blue screen thing. Some oddly uncomfortable music plays as you bear witness to some Japanese text in front of a background depicting images of a disturbing Sonic-oid creature.

The Japanese translates to “Infinite fun. Sega Enterprises. Image by Majin.” All very well, but there’s been a fair amount of confusion around what the “Majin” part refers to. Thanks to some ambiguity around the Japanese-English translation, some more superstitious fans who stumbled upon this screen toyed with the idea of it being a secret message from the Devil (did anyone actually think that though? Perhaps just those who enjoy a good conspiracy theory).

That’s because “majin” – 魔神 or 魔人 in kanji – translates indirectly to “a powerful supernatural being with human-like or god-like qualities.” That could mean anything from demon to genie, or devil.

Of course, what seems to be the actual story is far less ominous. Here, “majin” simply refers to an alternate reading of Sega designer Masato Nishimura’s own name (he voiced Sonic himself in the game). “Majin” was apparently Nishimura’s childhood nickname, and as such has sneakily found its way into a few games on which Nishimura himself worked, such as Shenmue.

So, sorry to burst your bubble, but there appear to be no direct messages from the Devil himself hidden in an old Sonic game. Just some lolz by some developers.