Blizzard has released its latest Hearthstone expansion, Decent of Dragons, wrapping up its year-long story in the Year of the Dragon. Readers should know that it can be difficult to review this third set in the year, more so than the two previous from 2019, because Blizzard has clearly stated that their strategy is to launch powerful expansions at the end of each year. Without a doubt, Decent of Dragons represents some of the most powerful cards released in Hearthstone, possibly rivaling the power levels of Death Knights from The Frozen Throne, which shifts how we evaluate an expansion compared to the earliest of 2019. 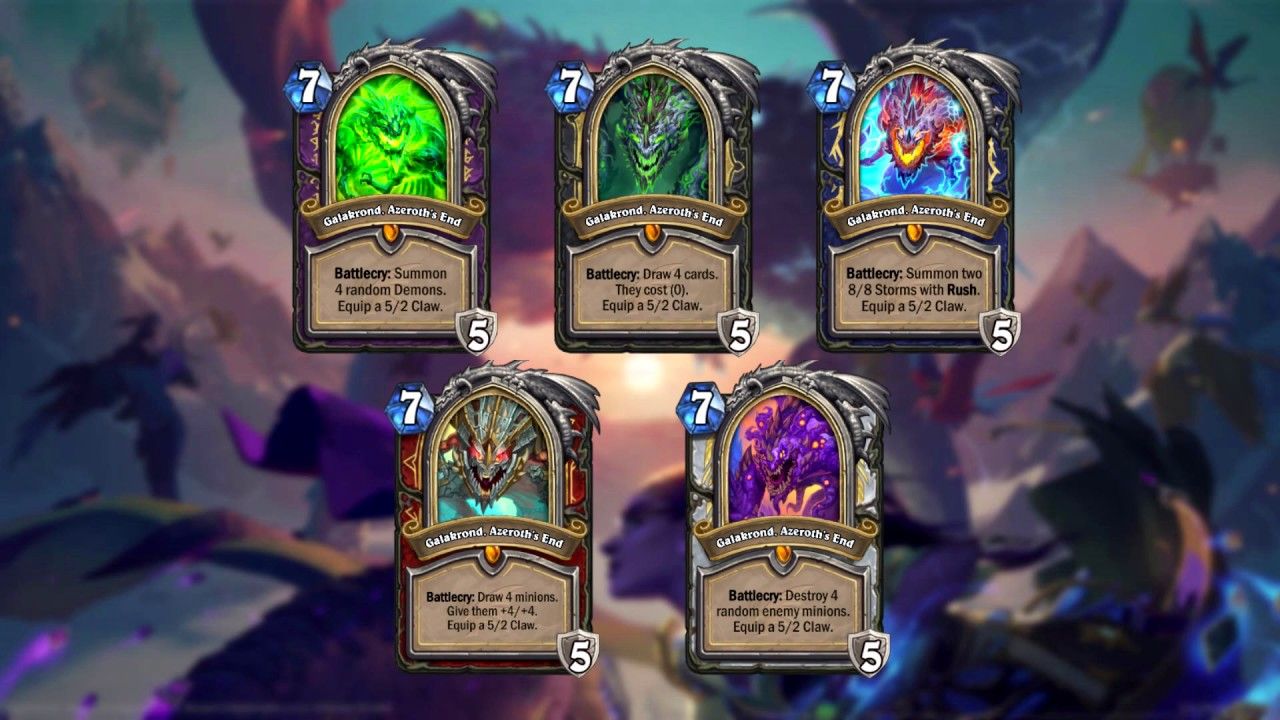 Players who login to Hearthstone during this expansion will automatically be gifted the five Galakrond dragon cards, which represent the E.V.I.L. classes in the narrative for the Year of the Dragon. This means that Warrior, Rogue, Priest, Shaman, and Warlock will work to invoke and upgrade this powerful, single card, whereas the other classes have received other strong dragon cards.

In Standard, this means that every class should be seeing entirely new decks emerge because the power level dwarfs what is otherwise available. In Wild, players should expect to see a resurgence of Dragon decks because of the massive addition to Dragon tribal synergy, or at least an uptick in sightings of midrange Dragon Priest, Aggro Dragon Warrior, and possibly Dragon Paladin.

The effects that come from the five Galakrond cards can be quite powerful, with the notable exception of Warlock, which is the weakest so far in theory. To benefit from the Galakrond effect, players will need to actively play cards that Invoke the dragon. In many ways, the mechanic feels like how C’thun was buffed throughout a match in the 2016 Whispers of the Old Gods expansion. However, there is one key difference to note between that expansion and this one, and that is that in general, the stats for most Invoke cards are terrible.

In Whispers of the Old Gods, cards that buffed C’thun were at least average in their health and attack relative to their cost, but in Decent of Dragons, this is far less the case. Players will be forced to play weak minions at high mana costs with the expectation of a big Galakrond pay off later, and as a result, may be susceptible to being crushed by aggro and midrange decks as they fall behind on the board.

No Neutrals? No Problem!

The Paladin class looks to be the subject of some experimentation by Blizzard in this expansion with its “No Neutral” condition to activate two new cards, Lightforged Crusader and Lightforged Zealot, currently going by the name “Pure Paladin” for the deck archetype. Although the tradeoff of not using any neutral card seems significant, the potential card generation to refill a hand seems like a great concept, at least on paper. 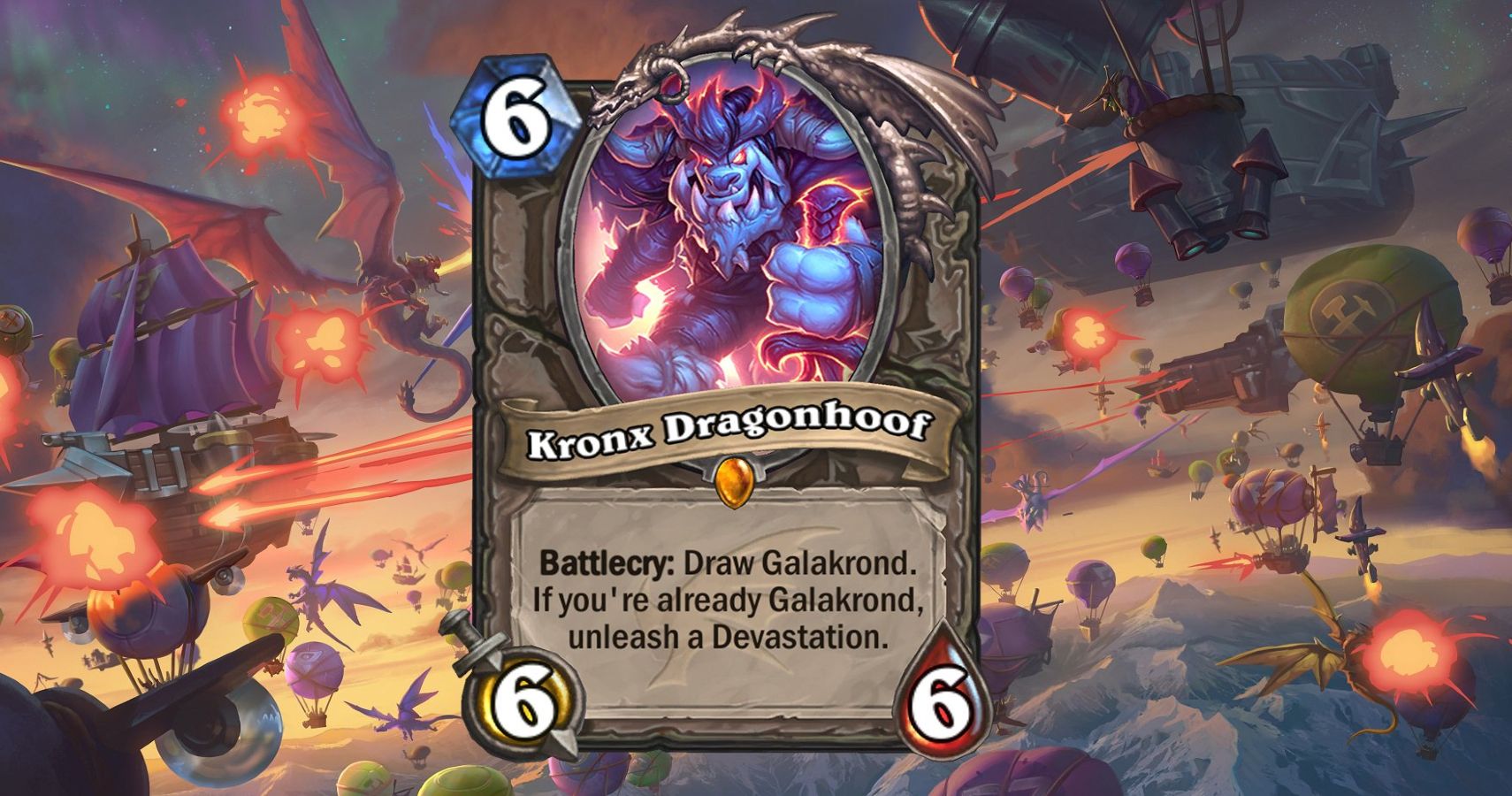 It is difficult to say which cards are the best to craft this early into an expansion, but there are some that stand out as being relevant for the entire duration, and then again in wild. To begin, Kronx Dragonhood is a must-have for players who wish to play Galakrond decks, reading, “Battlecry: Draw Galakrond. If you’re already Galakrond, unleash a Devastation.” This card highly decreases the likelihood of playing a game without drawing the powerful dragon, still provides a powerful effect even if this has already occurred and has an acceptable health and attack stat for its mana cost. 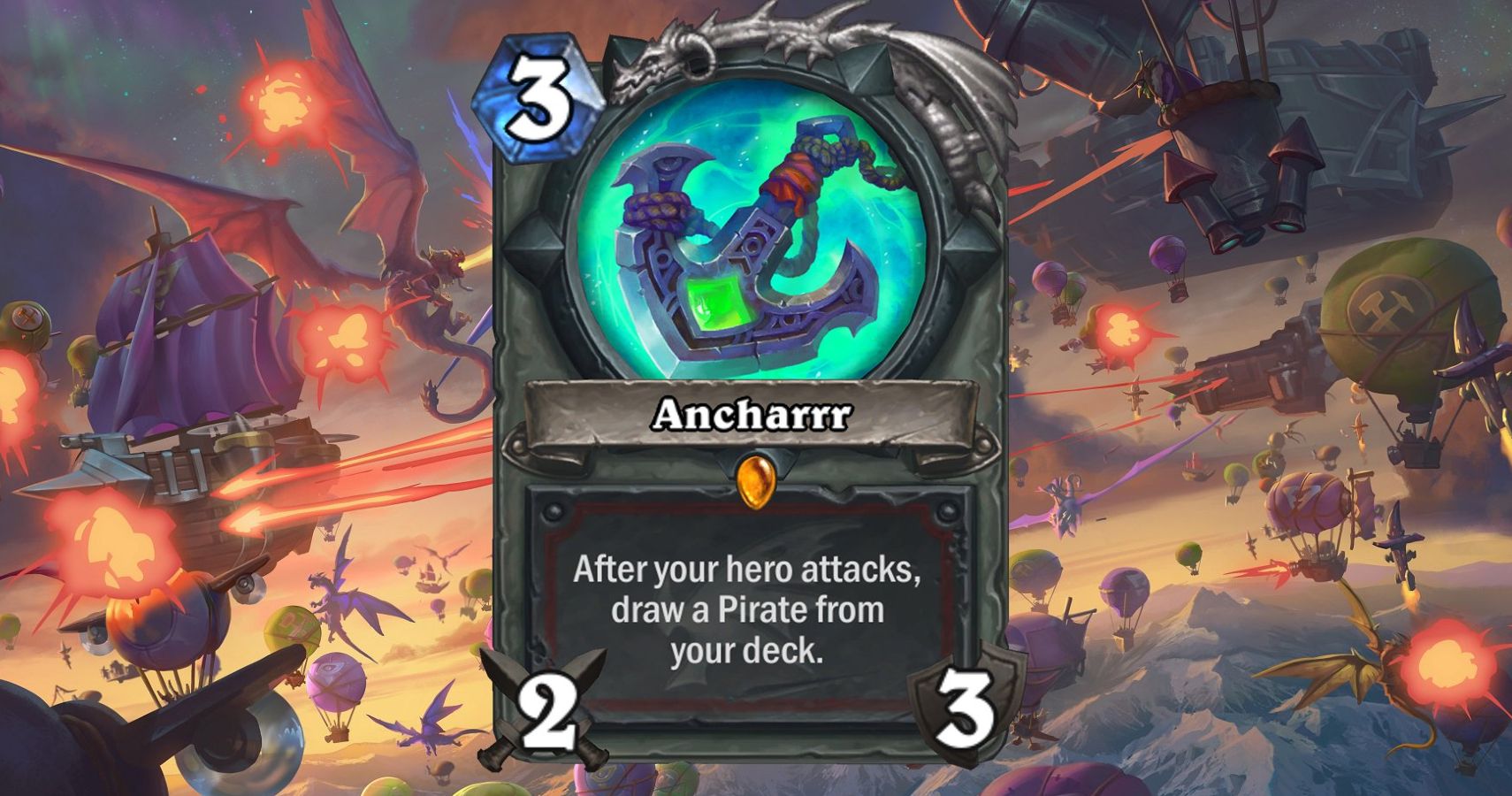 For Warriors, Ancharrr is a three-mana weapon with two attack and three durability that reads, “After your hero attacks, draw a Pirate from your deck.” This looks to be a fantastic addition to the creation of Pirate decks. Either in Standard or in Wild, the ability to cycle through cards of a tribe that synergizes with an entire archetype cannot be ignored. It is not nearly as powerful as Patches, but should be a welcome addition to any Pirate-loving Warrior.

Frizz Kinleroost is four mana neutral minion with five attack and four health that reads, “Battlecry: Reduce the Cost of Dragons in your deck by (2).” We cannot say how impactful this card will be, but the tempo potential of getting this card onto the board right on turn for and then drawing powerful dragons to play two turns earlier than normal will be devastating to an opponent. 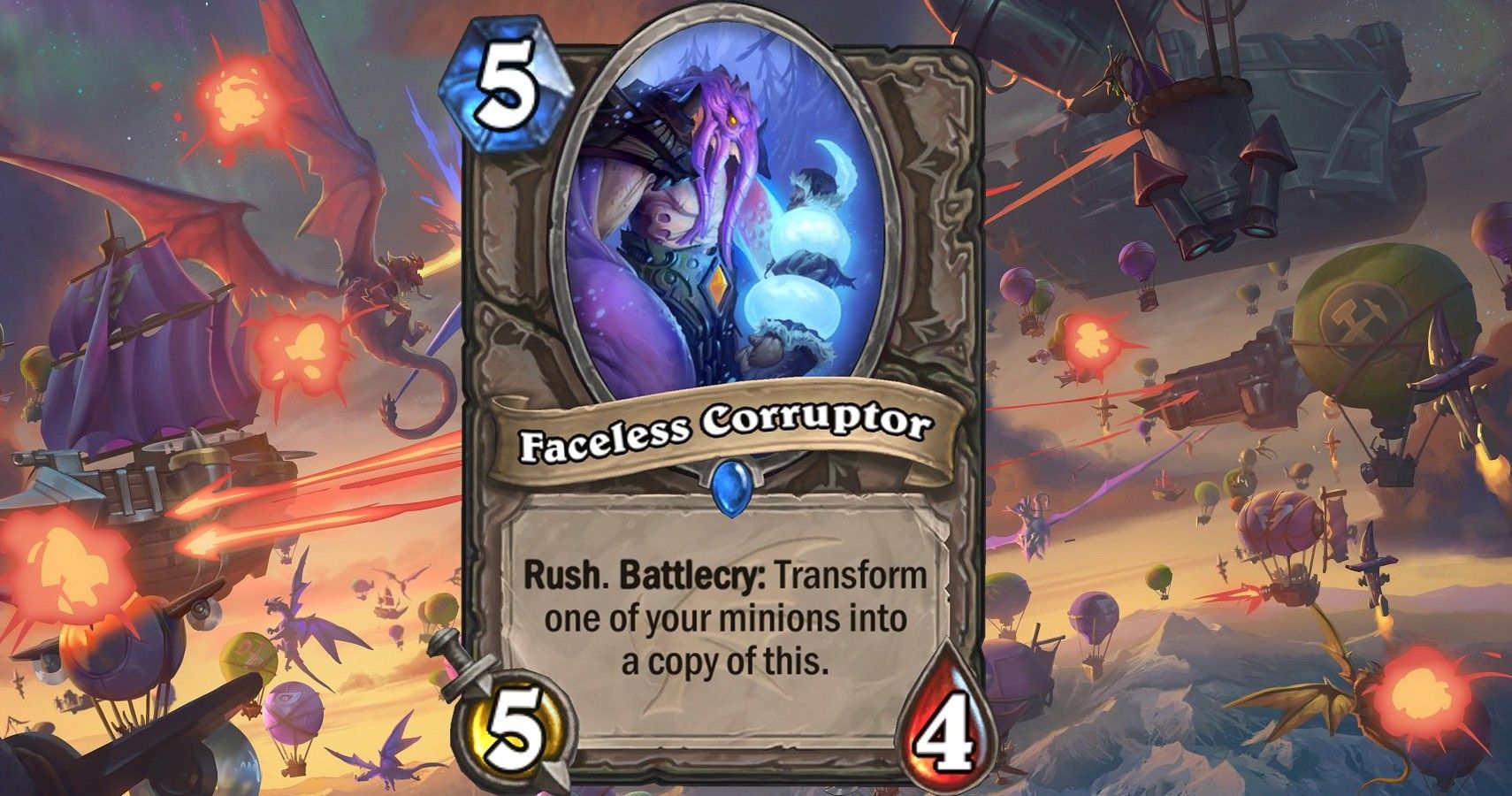 Releasing an expansion of powerful cards is not a bad thing, unless one class is able to rise far above the average power of all the other classes. In this case, the Shaman class has already been mentioned by the developers as receiving a balance update. While it is not 100% certain which cards will be adjusted, it is most likely the Galakrond and Faceless Corruptor that need a bump down in power. Right now, Shaman can generate immense value without any real downside thanks to these two cards. Between the two, Faceless Corruptor is probably the one to see a big nerf in utility since it benefits from the Galakrond hero power, but also from any Lacky, which are a staple piece of Shaman’s quest decks.

An Expansion With Few Surprises

As a wrap up to the year, Descent of Dragons delivers exactly what Blizzard said it would, which is a spike in power and a conclusion to the Year of the Dragon narrative. Time will tell how each class fares, but so far, it does seem like every class has been given the tools to have viable play styles throughout the expansion. Overall, the expansion seems in line with what Blizzard has described as their yearly release plan, with nothing standing out as particularly good or bad.