How to prepare for The Division 2’s first raid, Operation Dark Hours

Tom Clancy’s The Division 2 has had a stellar launch. After some initial hiccups during the beta, multiplayer — both private and ad hoc sessions — has been particularly stable. Now the team at Ubisoft is introducing the franchise’s first eight-player raid. Here’s our recommendations for how to gear up effectively for the raid launch on May 16.

According to the developers, in order to open Operation Dark Hours, players will need to speak to the helicopter pilot outside the White House. That will open a raid tab on the game’s social menu.

Beating the game is fairly straightforward. Reaching World Tier 5, of course, requires that players take on each of the game’s Strongholds — previously played areas newly fortified with Black Tusk operatives — and then complete the Tidal Basin mission.

World Tier 4 allows players to reach Gear Score 450. Once you’ve completed Tidal Basin, you’re on your own for boosting your level. Here’s a few suggestions.

Go hunting in the Dark Zone

If you’ve played through the main campaign of The Division 2, then you’ve been through the Dark Zone at least once. But there’s no requirement that you revisit the area later on. Now that you’ve finished off Tidal Basin, it’s a good time to go back.

Don’t travel alone, however. Not only is there a bunch of good gear to be found, but it’s a great excuse to practice coordinating with other players. Find a few friends, join a clan, or find an ad hoc group with the matchmaking and start patrolling. Take baby steps, though, and always think about your exit plan. The Dark Zone can be a dangerous place.

That being said, surviving and thriving in the Dark Zone requires a different set of skills and a unique loadout. Our Dark Zone guide can get you up to speed.

Raise hell around a Control Point

Once you reach World Tier 4, Control Points change in exciting ways. Now those random events that orbit them — public executions, propaganda broadcasts, random engagements, and supply convoys — are all connected to a particular location on the map. Zoom in to each one to find a number, usually a one or a two. Complete that random event, and the neighboring Control Point will become more difficult.

My recommendation is not to exceed level 4 on Control Points. The difficulty of securing and holding level 5 versions often isn’t matched by the loot they offer. Take a party of two to three high-level Agents, and you should have no problem taking down a level 4 location.

Take on some bounties

I’ve been pleasantly surprised by the way Bounties are handled in The Division 2, and the system expands once you get deeper into the World Tiers. It’s called the Priority Target Network.

To take on a bounty, you’ll need to spend Intelligence. Collecting Intelligence happens organically while you’re doing other things, and if you’ve not taken on any bounties in a while, then you’re probably full up. If you find that you’re coming across a bunch of red loot icons that look like two cards placed one on top of the other, that means your Intelligence inventory is full.

Head to the map and tab over to the bounties. That will overlay a series of targets onto the map. Place your cursor on each one, and you’ll get information on who your allies want dead. Clear out all the bounties in a given region, and you’ll unlock a Boss Bounty.

Bounties can be difficult, and they’re timed. Bring a friend or two at least, and consider getting a whole squad together for bosses to get the job done. As a reward, you’ll get some great loot for your trouble. 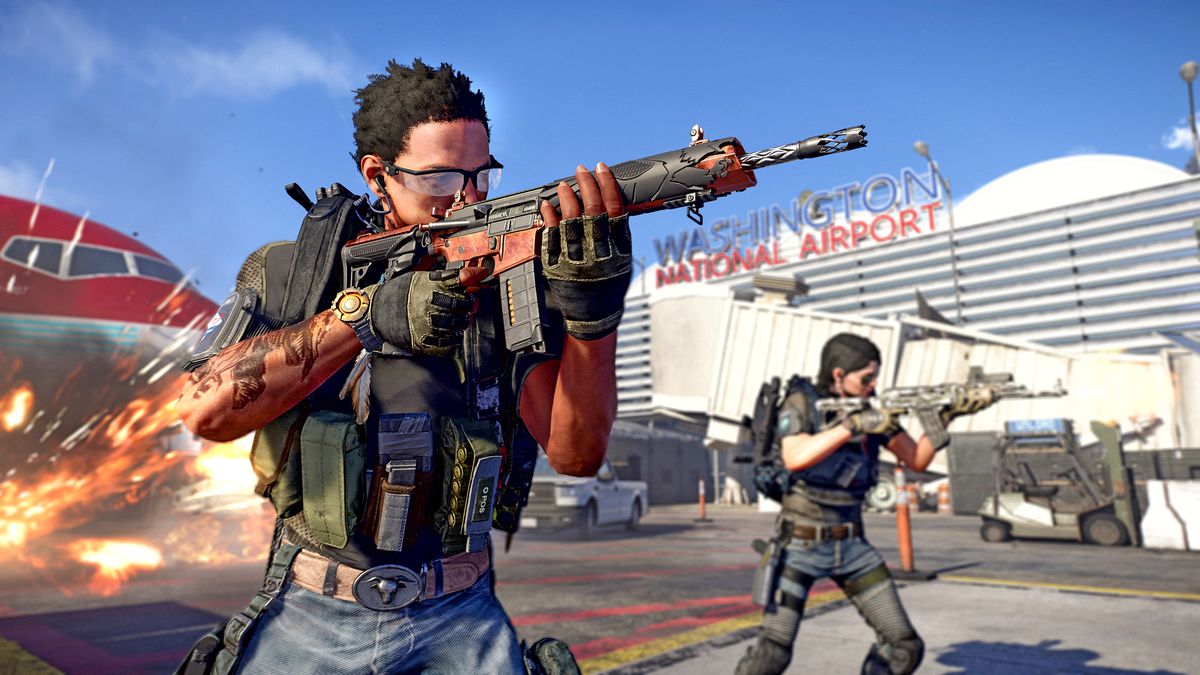 There are a few excellent Exotic weapons in The Division 2 right now, including the Chatterbox submachine gun. Collecting even one can be time-consuming, however. Your best best it to plan ahead, and be on the lookout for missions in and around regions and locations you need to frequent to pick up the random loot drops required to put one together.

Other preferred Exotic weapons for the raid include the Merciless rifle and the Liberty sidearm.

If you’re heading into the raid with a dedicated group of players, consider your loadouts before you launch. Each raid consists of two teams of four. Expect to be split up at some points, so make each fireteam as self-sufficient as possible. That should include a mix of offensive, defensive, and supporting skills and gadgets.

If you hit a wall and have to call your first attempt off, strongly consider spending some time at the Recalibration Station inside the White House, and you can check out our Division 2 Recalibration guide for more. If you’ve got a defined role in your eight-player group, double down by harvesting additional perks from other weapons and pieces of gear in your stash. Build out one or two purpose-built loadouts, set them up with the right perks, and give the Raid another go.

As a reward, Ubisoft is promising players who complete Operation Dark Hours some excellent rewards, including the chance to earn a new Exotic assault rifle. You can only complete it once per week, thanks a timer that resets. Good luck.