I’m a real sucker for sci-fi, but something that absolutely makes or breaks it is worldbuilding. As well as being new to the Yakuza series, the recently released Legendary Edition is my first foray into the world of Mass Effect – I’m sorry.

Fortunately, coming to the series later than everyone else has allowed me to view its universe with fresh eyes. For example, I love the way Mass Effect just drops you into a galaxy filled with aliens and synthetics, although the fact so much of the lore is buried in codex pages is a little frustrating. Something that makes the pages and pages of information more bearable, however, is the use of excellent sci-fi jargon.

This jargon comes out of the gate strong in the first game’s opening cinematic. The mass effect relays launch objects billions of kilometers at faster than light speeds by generating “mass fields” that create a “mass effect”. Please do the Dr. Evil air quotes and read these terms in his voice throughout – it will make the whole article much more fun, I promise. Honestly, I think this is genius writing. Why does this alien technology allow us to break the laws of physics and reach the farthest corners of the galaxy? A mass effect, obviously, you idiot. It’s so simple that it doesn’t leave me scratching my head, and so effective that it leaves me completely satisfied – that’s no easy feat with sci-fi. 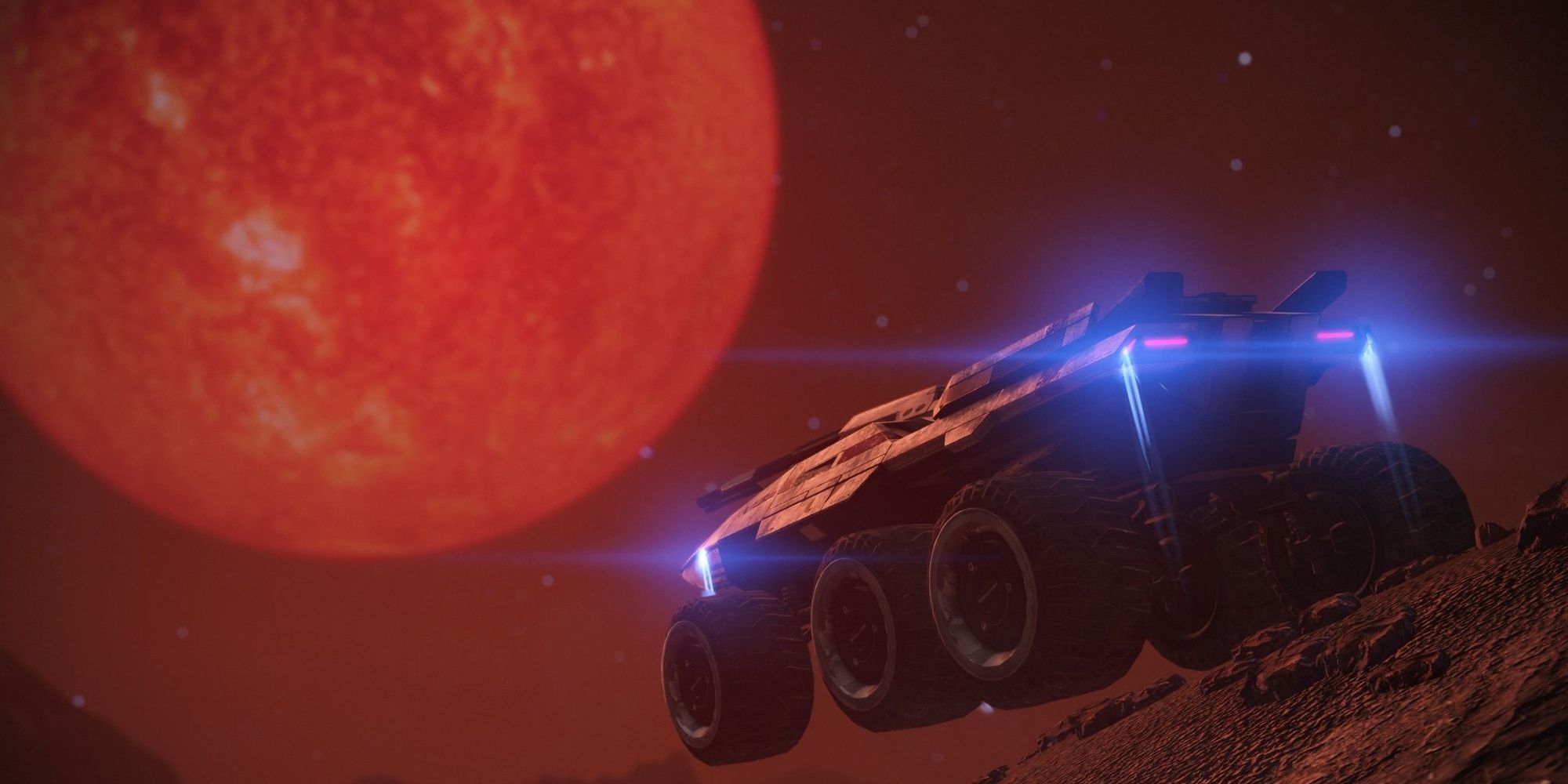 It doesn’t stop at mass effects. The first game mercifully features unlimited ammo, something that allows me to focus more on combat and having fun than scouring the battlefield for tiny glowing magazines. The explanation for this is that weapon magazines are chunks of metal that have tiny slivers sheared off and accelerate at enemies. Beautiful. Do I think this could happen in 150 years? Sure, why not? Sci-fi asks us for a certain suspension of disbelief, and Mass Effect just teeters on the edge of fantasy.

Because sci-fi games like Mass Effect ask us to spend dozens of hours in their worlds, they need to add a lot of detail for curious players. This means that there are many unforeseen consequences, as detail begets more detail. How do these “mass fields” get generated? Well, an electronic charge is sent through some element zero – love it – and if the charge is positive, the mass goes up. Conversely, if it’s negative, it goes down – obviously. This is a clever decision to make because it works with our intuition. Positive equals more and negative equals less is something we all think anyway, so aligning the sci-fi with what we already know and believe makes it all the more plausible. 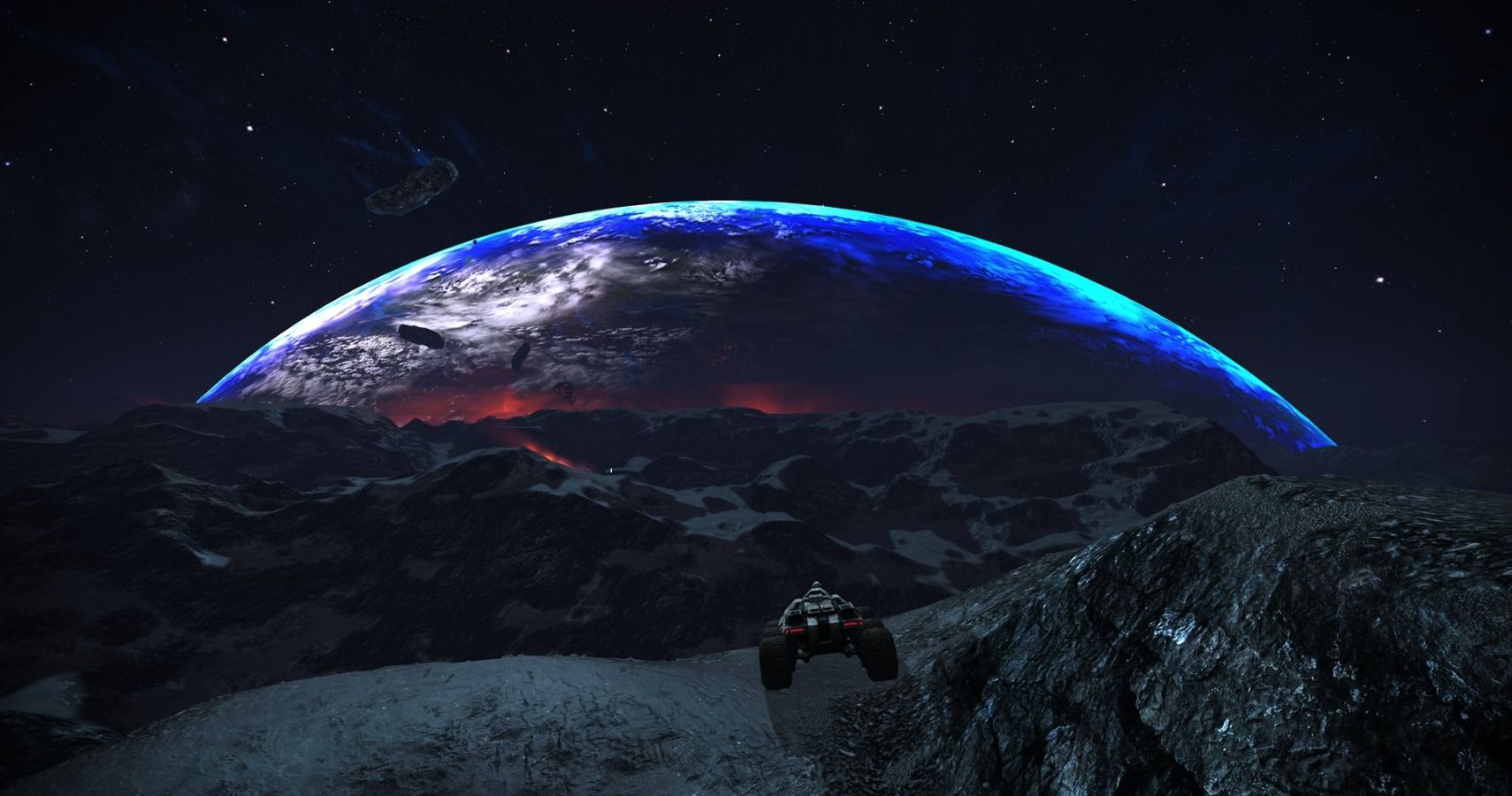 The explanation behind the “mass effect” then creates more questions though. If ships are constantly sending large electrical charges through their engines, where does that charge go? One entry in the codex mentions ships often use the magnetic field of planets to “dump” their charge. The pilot will park up, send the charge from the engine to the hull, and wait while it harmlessly dissipates into the atmosphere. The game doesn’t stop there though. The ships have to retract their weapons and sensors to stop them from getting fried, leaving them defenseless. The process also causes a fantastic light display. I’m now really hopeful that I’ll get to see this myself in-game at some point, and when I do, I’ll be tense the whole time, anticipating an attack.

The game even deals with one common gripe I have in most sci-fi films and shows: how do the ships decelerate from lightspeed to a complete stop without killing everyone inside? In Star Wars and Star Trek, you’ll often see ships speeding through the galaxy at warp speed, only for them to come out of it and a near standstill moments later. How do you brake in space? The real answer is, you don’t. Once you accelerate there’s no wind-resistance to slow you down. You have to flip and burn, a term used in the excellent television show The Expanse. Mass Effect mentions the flip, but not the burn, making it a bit less cool. Ships accelerate until they hit the midpoint of their journey, then flip around and fire their engines in the opposite direction to decelerate by the time they hit their destination.

Attention to detail is something that makes sci-fi worlds feel believable and makes us want to explore them for real. The politics, history, and technology of Mass Effect are all part of what makes the galaxy so special. From the colossal mass effect relays shooting ships across the Milky Way, to the firearms that shoot tiny slivers of metal across a battlefield, Mass Effect has thought of everything. The jargon is written perfectly. It’s accessible and informative, and best of all: believable.