Ratchet & Clank used to have some very on-the-nose naming when it came to its games, so much so that European variants had their own titles: Locked and Loaded versus Going Commando, the boring 3 versus the wonderful Up Your Arsenal, Deadlocked versus Gladiator. It was Insomniac’s juvenile but charming humor bundled into a neat little package that really oozed the game’s tone just from picking up the box and giving it a quick glance. That’s been lost over time.

The closest we’ve had in a long while was with Full Frontal Assault. Prior to that, we had such gems as the explicit and undeniable euphemism Size Matters, Quest for Booty in the interim between Tools of Destruction and A Crack in Time, and, although axed, the original name for that aforementioned PS3 title, Clock Blockers. The slowly degrading use of these puns is epidemic of a change in Ratchet & Clank’s tone and, while on the surface it just feels like immature gags front and center, there’s more to it.

The series, up until a point, reveled in having the kind of jokes, one-liners, and physical gags that would completely fly over your head as a kid but, upon replaying years later, make you let out a long “oh.” I remember that moment where Qwark is arguing with his monkey and says, “It was mating season! How was I meant to know she was your sister?” It was jokes that weren’t offensive or misogynistic or beholden to a bad time in video-game writing, it was just adult jokes like you’d find in most adult cartoons even today, but the kind that you wouldn’t notice as a kid, a lot like watching The Simpsons. There was that coordinated balance between the kid-friendly, eccentric romp with its physical humor and downtrodden fun and that more teenager and adult-oriented comedy, giving it another breath of life when you went back into it all those years later to see if it really was as good as you remember – it was. No, it was better. 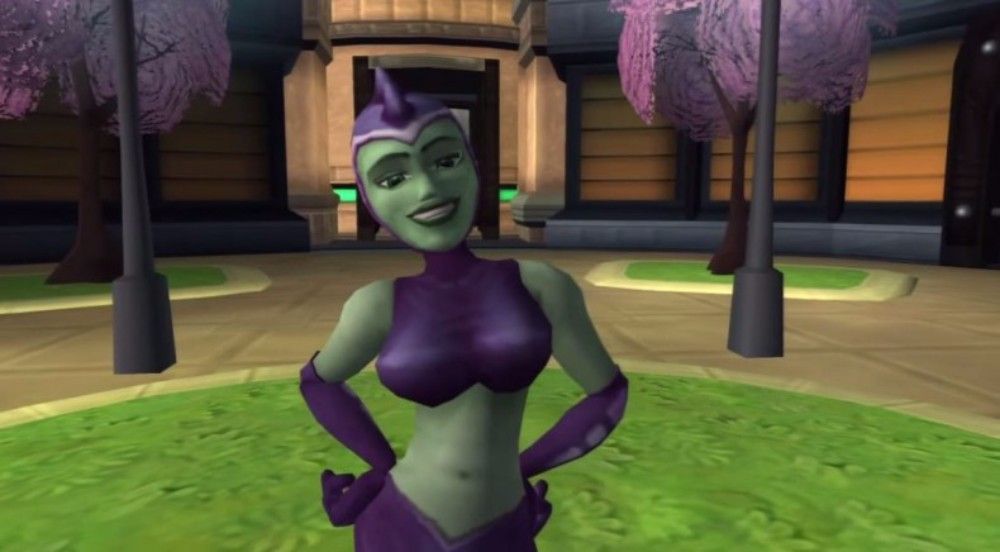 All 4 One was originally going to be called FourPlay, Broes Before Foes, And Multiple Organisms, while Into the Nexus had a working title of Into the Nether-Regions. Insomniac still has that quaint, innuendo-rich humor behind the scenes, and puns are still its forte. Rift Apart is naturally a play on ‘Drift Apart’ what with Clank and Ratchet being separated, and it’s a great title, but picking up those big blue boxes and coming home, blissfully unaware of ‘Up Your Arsenals’ crude true meaning added a fun flair to the memories of playing it.

But it’s certainly more than the names – that humor that bled into the games themselves slowly withered away over the series’ run as it became more and more family-oriented, cultivating with the 2016 re-imagining which ditched that tone altogether. It was always blatant but in such a way that it’d be hard for a kid to pick up on it, and so it had something for both audiences. I mean, some of the levels in Tools of Destruction were straight-up strip clubs, entertaining the pirates in their downtime when they weren’t being mercilessly mowed down by Ratchet. It’s likely that it’s been shifted to try and build that idea of Ratchet & Clank as something more wholesome, a flagship like many of the other big platformers like Mario, but it loses some of its edge in doing so, and certainly what always made is stand out from the crowd.

That’s not to say the series has gotten ‘bad’ or stale. On the contrary, even without the innuendos and the in-game euphemisms, they’re some of the best platformers out there, some of the best games out there. But what’s slipped through the cracks in each generational leap is a part of Insomniac’s personality and charm from the PlayStation 2 era, and while, on the surface, it’s a few dumb jokes that might give you a little chuckle in the game store while you’re perusing the PlayStation section, it was representative of what you got inside. When I was a kid, Up Your Arsenal just meant lots of guns while Going Commando made me think of being stealthy or embarking on a battle in a war. Quest for Booty – well, a quest for treasure. These slipped by my radar entirely until, years later, I opted to grab them again at the store for a big ol’ replay, and it clicked. I love that we can have these games that, when you come back to them, there’s still something new and fresh even all those years later. That’s what’s sorely missing.