Square Enix makes Final Fantasy. The publisher also makes a lot of other games, but it appears to treat so many of them with such disdain that it often feels like Square Enix sees itself, at the highest level, as The Final Fantasy Company. In Japan, Dragon Quest also gets a lot of love, but it hasn't landed in the West in the same way, so it's Final Fantasy or bust. That's why Avengers was so readily thrown under the bus. Why NEO: The World Ends With You received as much marketing as a birthday card. Why Tomb Raider can break records and still be labelled a failure, why it felt like Guardians of the Galaxy was make or break – and why even though it did well, Square Enix has barely acknowledged it. It's also why, quite often, I forget that Square Enix writes the cheques behind one of my favourite series, Life is Strange.

So here's the deal, Square Enix. You put NFTs in Life is Strange, I burn down your offices. Sound fair? Great, so we're agreed.

Related: Square Enix Is Right: Games Shouldn't Ever Be FunThe most obvious comparison to a Square Enix getting into NFTs has been Final Fantasy 7. If you missed the letter the company rang in the New Year with because you were still hungover, here's our translation of it, followed by an explanation of why it's really shit. Anyway, Final Fantasy 7. The game, above all others, that Square Enix is known for, deals with a band of heroes taking on a corporation intent on polluting the world in the name of profit. With the huge energy output caused by NFTs in the name of a pyramid scheme scam, the comparison is pretty on the nose. But then, Square Enix's cloud software company is already named Shinra after FF7's villains, so perhaps we shouldn't be surprised.

People have also brought up Final Fantasy 14, which has consistently had server issues since the long-awaited launch of Endwalker. Server issues are pretty common when an MMO launches a new expansion, especially one as popular as Final Fantasy 14, but these issues have been exasperated by a hardware shortage driven, in part, by the same crypto bros who collect, mint, sell, sniff, eat, anally insert, steal, and do whatever else to NFTs.

Since Square Enix styles itself as The Final Fantasy Company, it's no surprise that the two most iconic Final Fantasys (sorry FF10 fans) are being used against it as it embraces NFTs – even though the company itself admits that most people play games to have fun and that NFTs run counter to that idea. However, as much as I love Final Fantasy 7 and would hate to see its radical politics neutered in Final Fantasy 7 Remake 2 or whatever they call it, I can't stop thinking about Life is Strange. You remember our deal, right Square Enix? Sure you do. 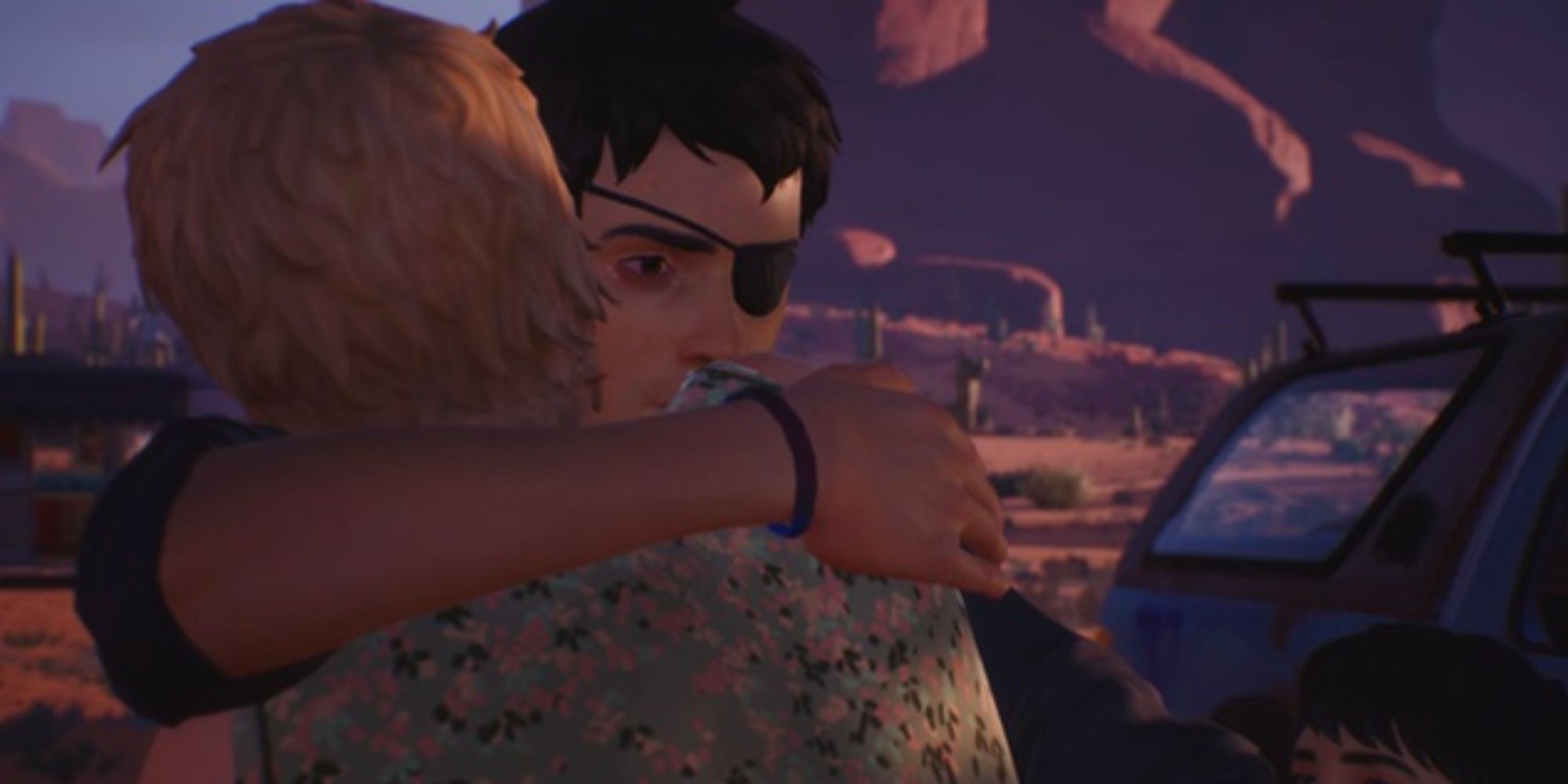 We live in a world where it is increasingly impossible for the things you love not to hurt you. I love celebrity culture, but I know the existence of celebrities in a world with vast wealth disparity is gross at best and a macabre distraction from class uprising at worst. Someone asked me what I would do if Taylor Swift got into NFTs, and while I think Blondie is too terminally online to opt for something so divisive, it's harder and harder to feel as if these things are personal betrayals. I wish Lil Nas X and McKayla Maroney weren't into NFTs. I wish Spider-Man didn't hawk them. I wish gaming would get the fuck out of Dodge. But it's just business. Since no one can tell me what NFTs actively bring to gaming besides a chance at profit, I think in a few years there will be a new scam and NFTs will be old news.

I know it's just capitalism in action. I know Life is Strange is owned by a corporation who make decisions well above artists and writers heads in order to best maximise profits. I know this game was made not so I could enjoy it, but so I could buy it. Still, NFTs in Life is Strange would sting. Not as much as those first-degree burns, Square Enix, but still. Life is Strange feels, through its rejection of violence, focus on friendships, highlighting the experiences of minorities, and often preaching forgiveness, atypical in the video game world. Not unique, but from The Final Fantasy Company, certainly different.

It's not a personal betrayal against me or my ideals that Square Enix. It wouldn't even feel personal if it was Final Fantasy – that's their money maker, so turning it into their monkey maker for profit seems par from the course. Just leave Life is Strange alone. Stay away from her, you bitch. I know where you live.