If you know anything about gaming, you know Nolan North. The prolific actor is best-known for his iconic turn as Nathan Drake in Naughty Dog’s blockbuster Uncharted series, but has also lent his talents to countless other roles over the years.

But his latest performance, in Codemaster’s Dirt 5 (out November 6th,) isn’t what you might expect. Last week, I got the chance to sit down with the acclaimed performer and chat with him about his role and the fascinating recording process. Plus, North shared his opinion on the casting and direction of the forthcoming Uncharted film!

TheGamer: You’re known for taking really big roles, like Nathan Drake or Deadpool, but not necessarily for driving games. Could you tell me what drew you to your role in Dirt 5?

Nolan North: Well, I think that any type of narrative story being in a racing game is very, very unique. And you know Codemasters has a great reputation. They’re going to make a great game.

[…] There was no script. It was all 100% improvisation, in a podcast format. I was given this incredibly lengthy and immersive backstory on Bruno Durant – the antagonist of the game. Not the villain. Not the bad guy. But the antagonist. [I was given] His backstory, his life, his upbringing. His likes, dislikes, his successes and his failures – which were very, very few.

I just immersed myself in who he is, and what he’s all about. Then I sit down, with the podcasters, and literally just go, “oh, okay,” and answer those questions as Bruno. It’s this character who’s not this charming, media-savvy darling. He’s the guy who’s just, “do I have to talk to the press? I just race.” He’s been raised his whole life to race. He’s a nutritionist. He’s calculated. He’s definitely not someone who’s ever stopped to smell the roses.

But through the course of this game, what they did is they allowed this line of questioning [in the podcasts.] Throughout the game, it’s my intention that you love to hate Bruno at the beginning, but by the end? You hate that you kind of love him. He’s a very interesting character.

So. Interesting character. Interesting format. I’ve done quite a few games, but this was something unique that I’ve never had the opportunity to do. That is always intriguing to me – to challenge myself, and to experience something new.

Of course. So, with this game taking place through that podcast format, tell me a little more about that process. What was the elevator pitch for that?

Basically? “Here’s the bible of who your character is. Read up on that. You can have it to refer to if you have to. But then, just come in like you’re doing any other kind of podcast. You just hop in there and you do it.”

So, I showed up the day of. I basically sat down, we had our podcasters at Donut Media sit down and just start interviewing me like I’m Bruno. Some people say, “isn’t that hard?” But no. With improv, there’s no mistakes. I know who the character is now. If I make a mistake, there’s somebody right there through the glass.

But it’s just the freedom of answering things however you want, and just living in that skin for a while. We did a bunch of different segments for different days in the game, culminating with the podcast with Troy [Baker] and Donut Media, with the four of us sitting there. That one in particular was like something on ESPN, where they have both fighters in a match on, with both of them saying, “oh, they’ve got nothing on me.”

That was it! It was immersive, and it was so interesting. There were bullet points of certain things we wanted to hit, but how we got to them and how they were mentioned was a very collaborative thing. […] And y’know, I’ve been joking today that, because it was improvised? I don’t remember a single thing I said! So I can’t wait to play this game, just to see how they put this whole story together. 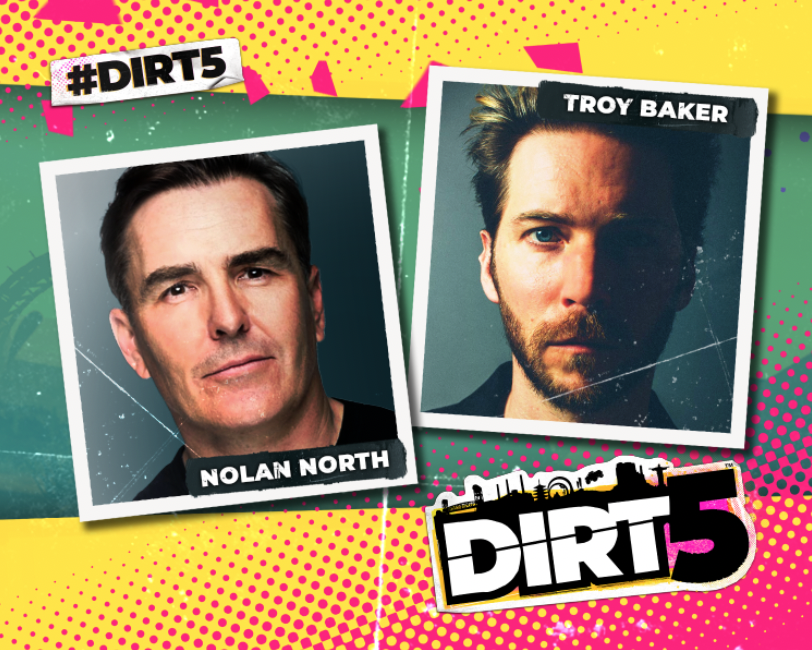 Is that something you’ve done a lot before in voice acting, or was this a relatively new thing to you?

Your mentor, AJ – you want to win for him, with everything he’s taught you. But also, you want to beat Bruno, because of what you think he is. And that’s important. We set him up as this antagonist, but there’s an art to the story that keeps him redeemable. Keeps him human.

What that does for the player […] is that it gives them another element that makes it that much more personal. It raises the stakes, so to speak. So it’ll be interesting to see how people respond. I hope it’s positive, [because] I’m sure there are purists who are like, “I don’t want any talking in my racing game!” Well, fine. You can just put on your music and go to it. It doesn’t detract from the game – it just enhances it.

You mentioned AJ as a sort of mentor to the players. Recently, you stated on Twitter that you visited the set of Uncharted – an adaptation of one of your most iconic roles. I was wondering if you had any general impression of it, and if you’re taking a role on mentoring Tom Holland in that movie?

Well, Tom doesn’t need any mentoring. I got the chance to talk to him and his brother, Harry, and both of them are huge fans of Uncharted. When you find that out, and when you get to meet Tom in person, he’s gonna do it justice. He’s going to do very, very well. He’s very athletic, he’s a talented dancer, and a very physically gifted performer. [He’s also] doing a lot of his own stunts, which I’m sure the insurance company is just thrilled about.

But his exuberance, his enthusiasm to play his role… it’s a similar to Ryan Reynolds with Deadpool. He has been, for his life, a massive fan of Deadpool. It goes beyond, “oh, I get a great paycheck, I’m Deadpool, cool.” This is bigger than, “I’m Nathan Drake.” He was so effusive with his praise, and so down-to-earth – there’s a lot of charm to him, and he’s got a quick wit. I think he’s going to be really, really good, and he looked the part.

Sony thing did a very smart thing by not trying to do a 1:1 adaptation of Uncharted, and rehash a story that we’ve already seen, those games were movies in themselves. So they did a brilliant move: “where was Nathan Drake in his twenties?” Perfect.

It’s not necessarily a prequel to the games. But from what I gathered from the producers I talked to, they were like, “This is Nathan Drake in his twenties, because thirties into his forties? You took care of [that], Nolan. So we’re going to go here.” Now, they’ll take some artistic license. This is not a spoiler, but I think you’re going to meet Elena. [Nathan] meets her in the first [game], but I don’t see how you do movies without Elena.

Of course, yeah. She’s integral to the whole thing!

Yeah, I think so!

Also, y’know – Mark Wahlberg is playing Sully. Richard McGonagle, who plays Sully in the games, is from Boston [like Wahlberg.] Perfect! And he’s an international film star. You’re going to get a lot of eyeballs on this. So I think it’s going to be a fun romp of a movie.

The biggest component that I’m excited about is the director, Ruben Fleischer. He’s got a background in comedy, but he makes great action movies – like Venom. And if you remember, Venom was dark and action-packed, but there were really some humorous moments put in there to give the audience a breath.

Thanks to Nolan North for his time, and for the team at Tinsley PR for setting up the interview! 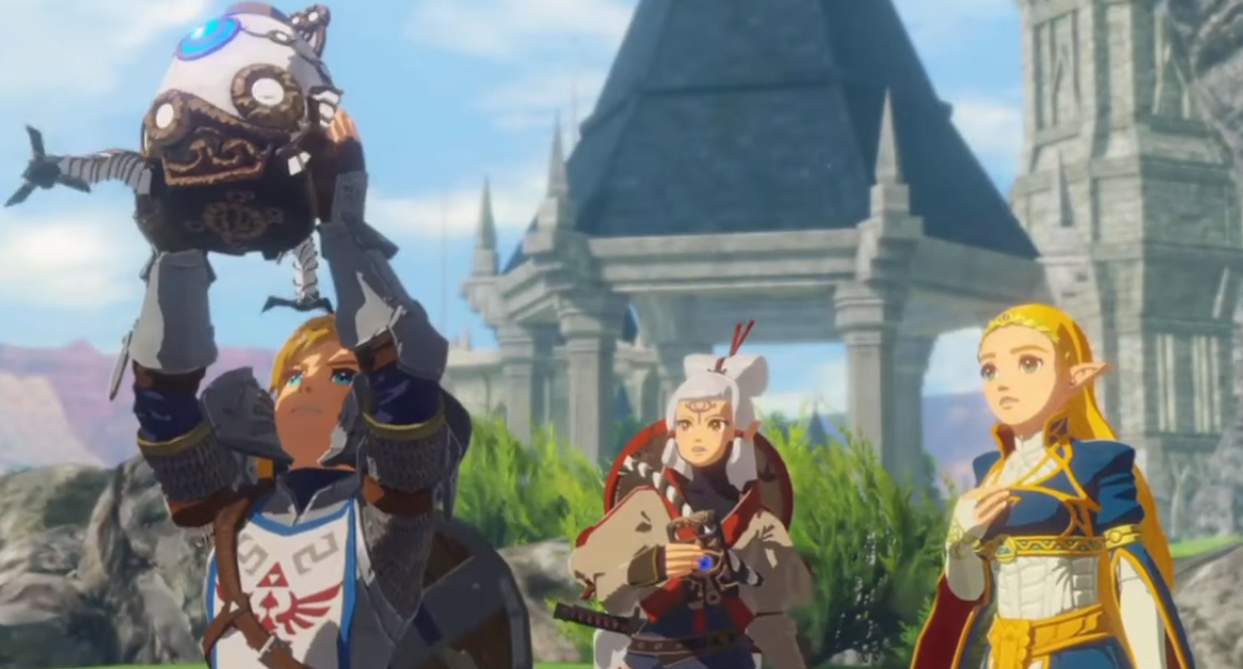