Journey To The Savage Planet Preview – A Pulpy Planet Of Adventure

Spacefaring players have no shortage of sci-fi themed exploration experiences to choose from these days, ranging the gamut from resource-intensive collect-a-thons like No Man’s Sky to hardcore simulations like Elite Dangerous. The developers at Typhoon Studios are using their collective experiences working on high-profile franchises like Far Cry and the Batman Arkham games to distill this concept into a charming, smaller-scale experience.

Journey to the Savage Planet doesn’t throw you into a universe of possibilities, choosing instead to focus your exploration on one planet in the middle of uncharted space. As an employee of Kindred Aerospace – which proudly proclaims itself the fourth-best space-exploration outfit – you leverage your character’s botany and cartography skills to explore and catalog the life on a planet supposedly devoid of intelligent life and deemed habitable by the higher-ups at Kindred. When you first step out of your landing craft and look upward, the monolithic tower extending high into the sky suggests that maybe Kindred got the fourth-best intelligence on this planet – someone has already been here.

Finding a way into the tower is the main objective, but how you get there is largely left up to the player. Creative director and Typhoon co-founder Alex Hutchinson describes the game as what would happen if “Metroidvania met Subnautica and had a love affair with Far Cry.” As you explore the world, scanning its flora and fauna and collecting various resources to upgrade your equipment, the world offers several solutions for its environmental and platforming puzzles. Maybe you use your jet pack to circumvent a series of vines impeding your progress or study the nearby creatures to discover that throwing one of them into a mouth-like vortex next to the vines grants passage.

Venturing onto a new planet without a weapon sounds like a death sentence, so your pioneer is equipped with a pistol for when things get rough. Most enemies keep to themselves unless provoked, but Typhoon has also created some combat challenges for those who prefer to shoot first, ask questions later. An active reload system and overclocking system give your pistol some dynamism, and you can upgrade it over the course of the 10-12 hour game to make it more formidable. If you’d prefer to keep your weapon holstered, Hutchinson says the studio wants to service your playstyle as well.  “As a former Maxis employee I have a great fondness for non-violent paths through games, and we’re trying very hard to make a path through where if you work at it you can avoid all the combat in the game,” Hutchinson says. “We haven’t gotten there yet, but you can avoid most of it.”

Meant to be a lighthearted, humorous take on space exploration, Journey to the Savage Planet leans into its pulpy sensibilities – seeing the Mystery Science Theater 3000 crew overlaid on top of the action wouldn’t feel out of place. The live-action messages from the Kindred CEO that play in your home base over the course of your missions recall the Tim and Eric Awesome Show, Great Job! Each of the creatures we’ve seen are weird, as are the items you equip in your non-shooting hand. You can eat the futuristic food substitute Grog to replenish your health, or you could toss it to lure creatures around the environment.

Journey to the Savage Planet’s carefree sense of humor and inviting world make it one to keep an eye on. “It’s meant to be something you play alongside your endless space wizard game like an aperitif, an amuse-bouche on the side,” Hutchinson says. “We’re hoping the humor resonates, we’re hoping it’s something different in the marketplace that’s familiar in terms of mechanics that’s easy to pick up and play.” 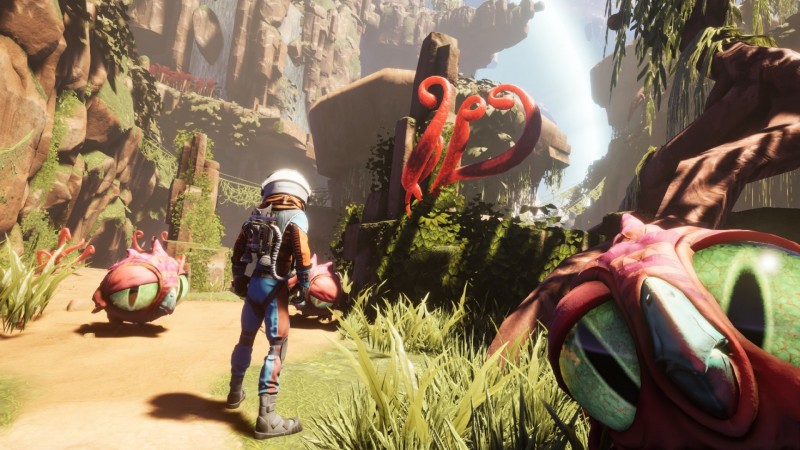 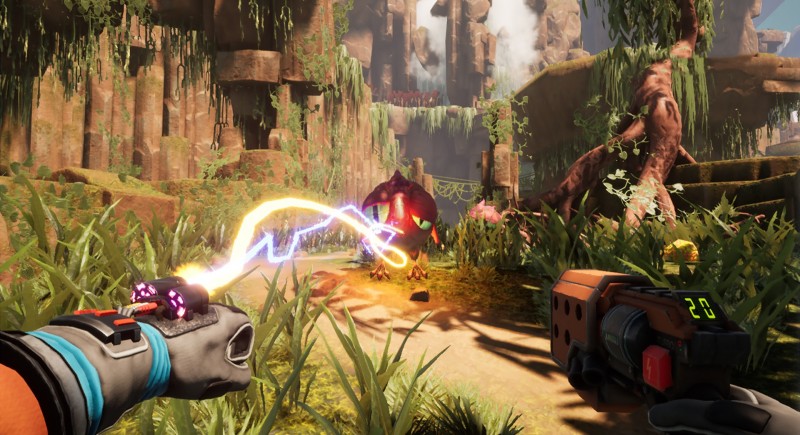 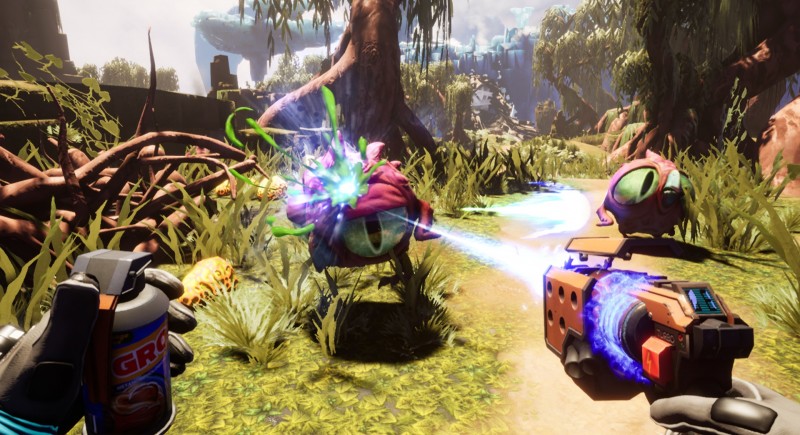 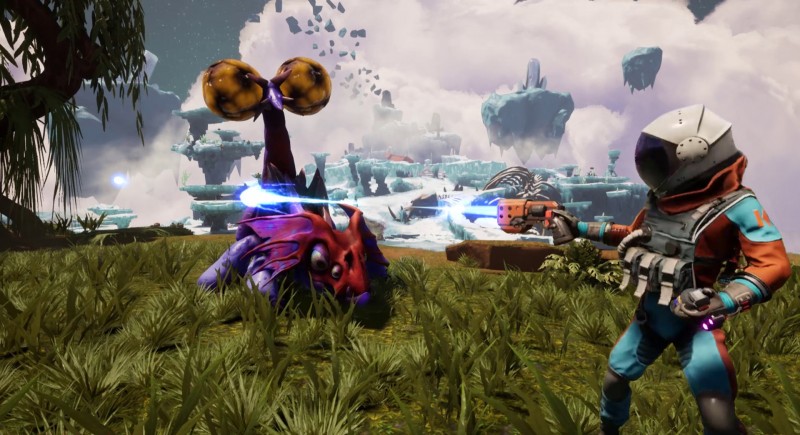 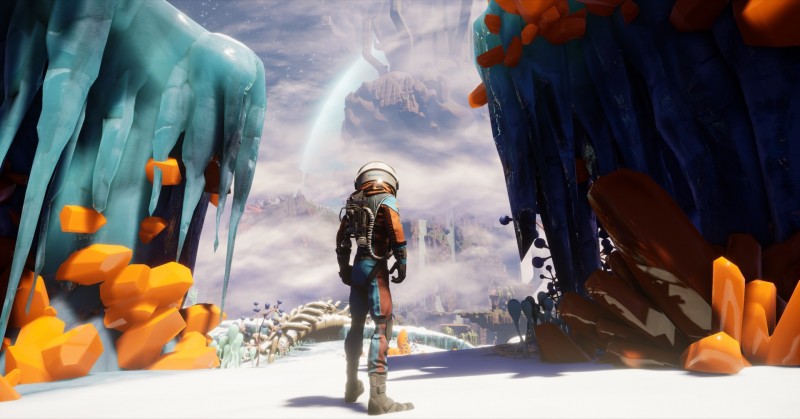