Frontier’s Jurassic World Evolution is a simulation game that gives players the chance to build their own dinosaur parks. Unsurprisingly, it’s based on the Jurassic World movies and uses modern-looking buildings and tech. While this is enjoyable, for many fans of the Jurassic Park franchise, it’s just not the same as it was back in the olden days. If you’re of that mindset, then the new Return To Jurassic Park DLC is for you.

For my fellow fans who started watching the movies way back in 1993 and were hooked, this pack will throw you back in time. For those newer fans, get ready to experience Jurassic Park as it was originally conceived. 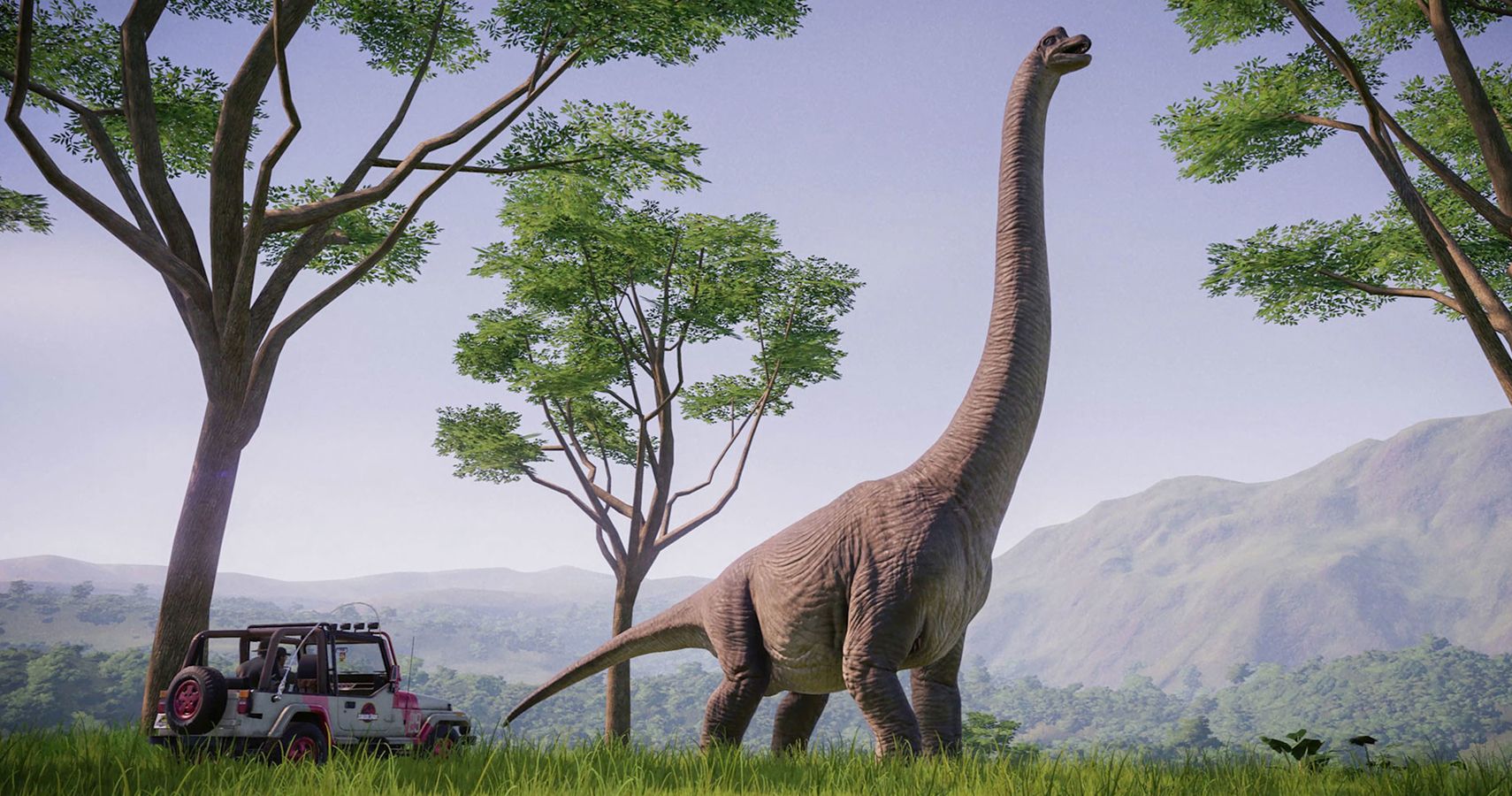 The first aspect of the pack is a campaign that sees you going back to the original island, followed by the beta site, in order to reclaim control after the events of the first movie. You need to fix the buildings, add new ones, and do some research, in order to get the park back up and running.

As you begin to explore, you’ll notice that the game now has buildings that resemble those from the 1993 movie. Everything feels like a jump back in time, and it’s amazing. You can even use the iconic tour vehicles and original Jurassic Park gates.

Other buildings, such as the iconic Aviary and Visitor Center – both of which were prominent in the movie – are also available. You’ll also be able to play with two new species from the films, the Compsognathus and Pteranodon.

Not only that, but the unique narrative which ties the campaign together is voiced by original cast members of Sam Neill (Dr, Alan Grant), Laura Dern (Dr. Ellie Sattler), and Jeff Goldblum (Dr. Ian Hammond). 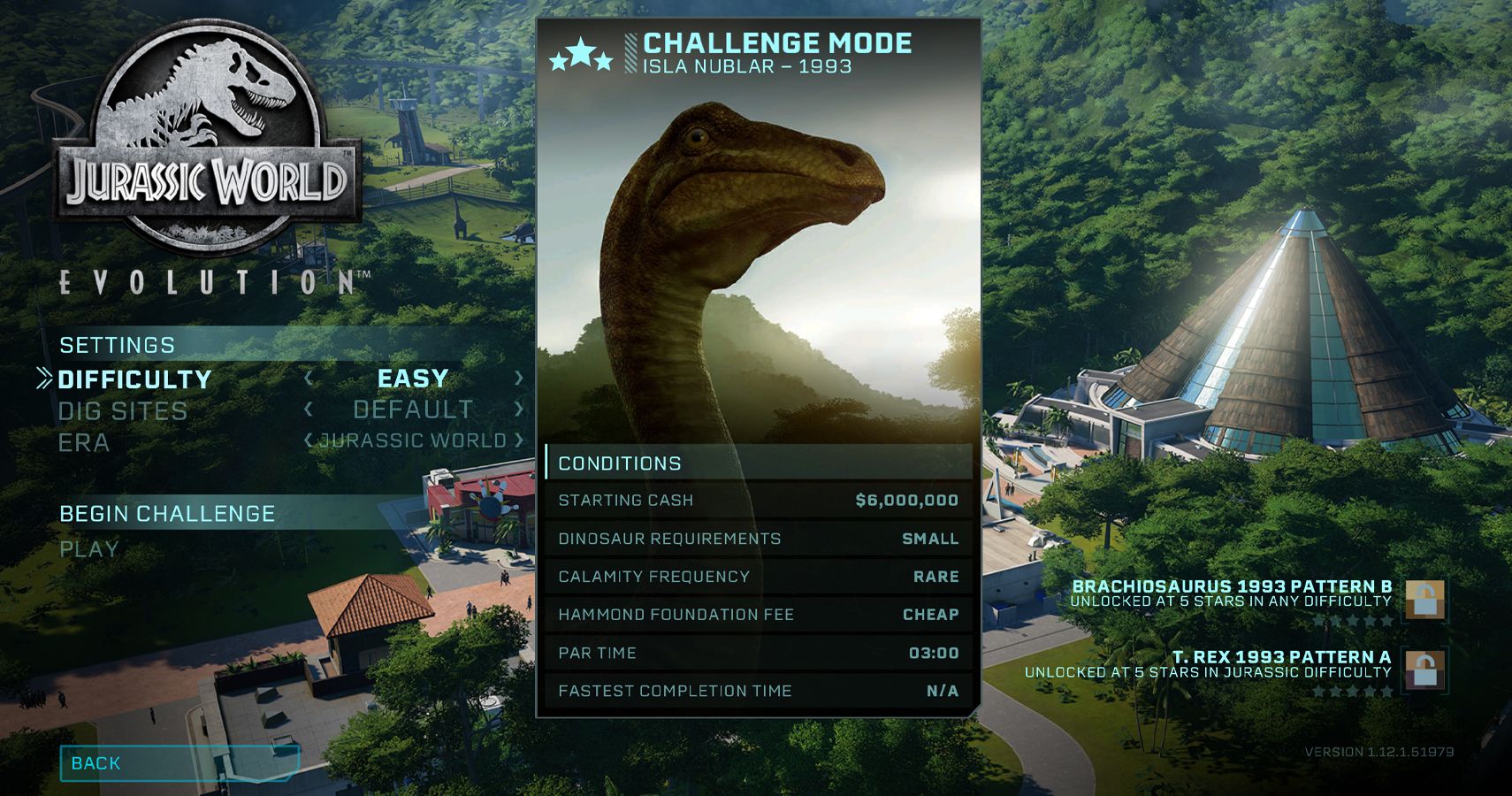 After the campaign is complete, the fun doesn’t end. As you reclaim the park, you will unlock the ability to go back in time on existing challenges and sandbox levels. Selecting the 1993 variants of each unlocked map will unlock slightly adjusted challenges. These reflect the fact that these new versions of the maps contain only the buildings and dinosaurs we saw in the original movies.

With the ability to play on both Isla Nublar, the home of the original park, and Isla Sorna, the first Site B, along with the addition of new dinosaur skins based on the first movie trilogy, fans will feel right at home.

This overhaul also affects so much that it can make the game feel almost brand new. Not only do the buildings look different, but they have generally smaller footprints and some work slightly differently. There are also new fences, signs, toilets, and more, fully-reflecting the Jurassic Park era. 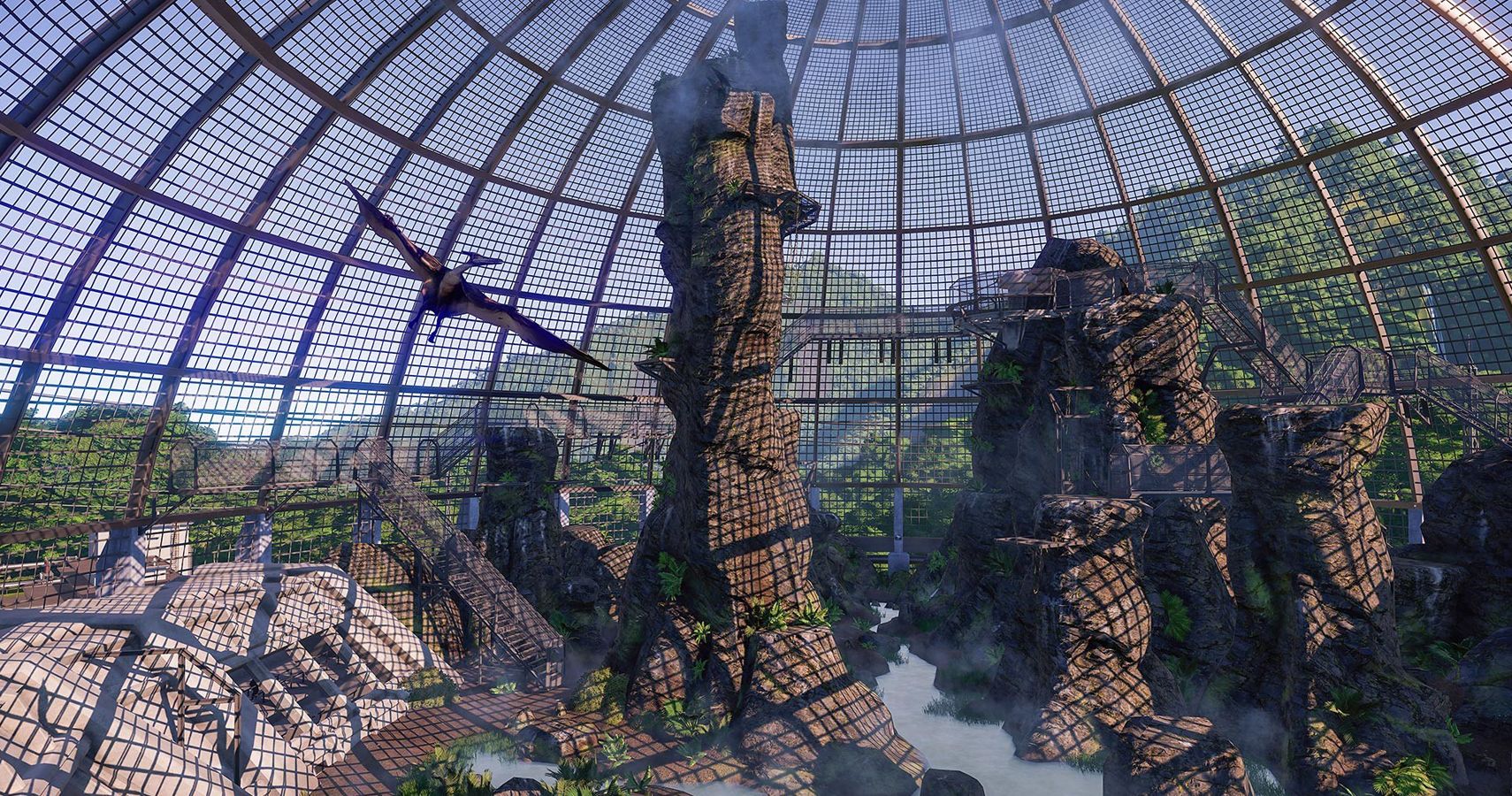 The greatest thing about this DLC is the attention to detail. Not only is the game voiced by the original cast where possible, but it also features much of the original score.

While the narrative is slow in places, it fits exactly with the characters and how they’d react to the situations you encounter along the way. We are skeptical about how Hammond got them to agree to go back, but that aside, this makes the game feel loyal to the original movie trilogy.

It comes across like a proper tie-in, rather than a badly thought out spin-off. The general consensus is that Hammond is doing this anyway, so the trio wants to use their knowledge to make it as safe as possible. It doesn’t stop Dr. Ian Hammond’s legendary quips and sarcasm though, which are alive and well throughout. 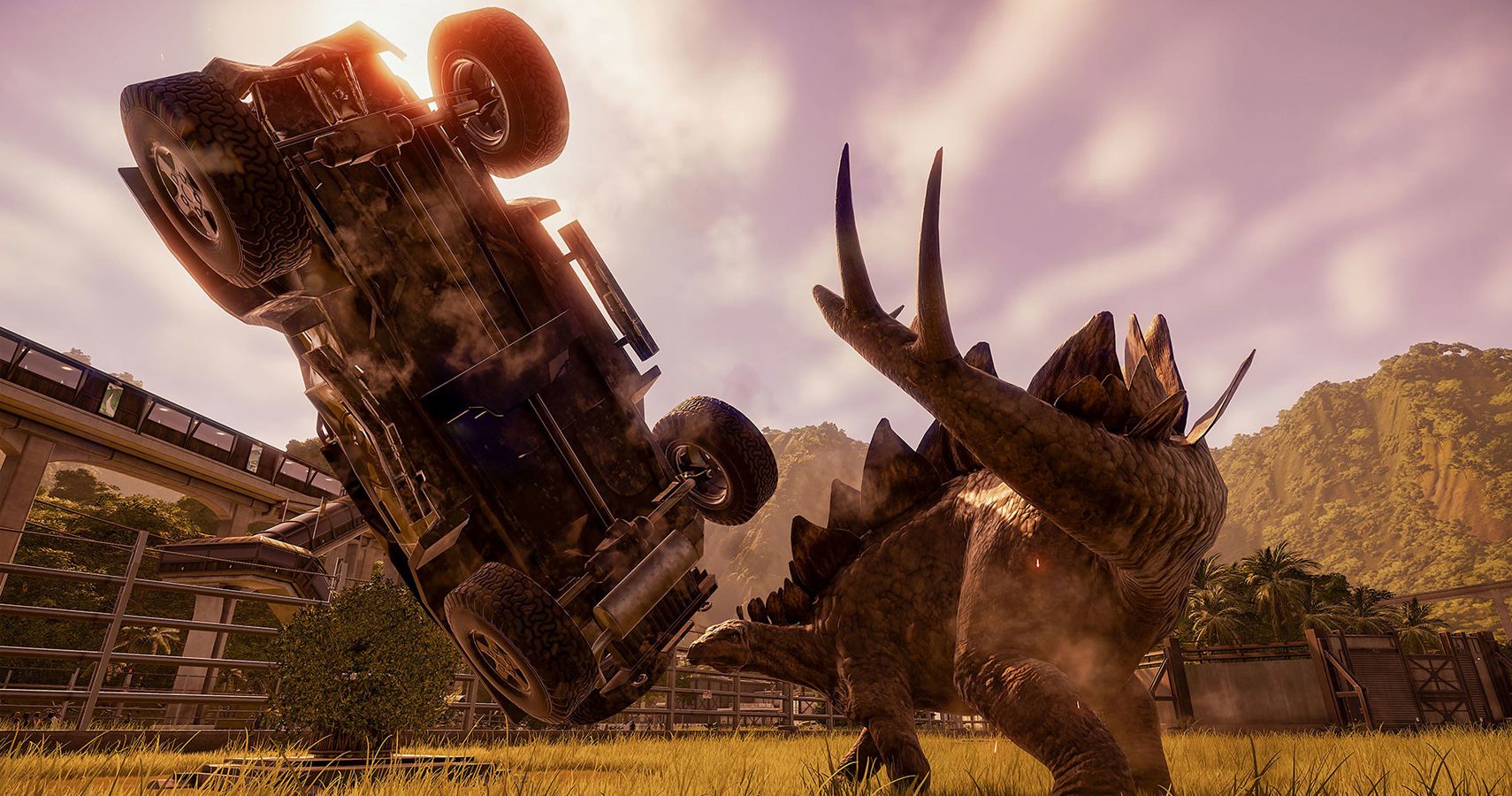 The adjustments can also require you to think more, as dinosaurs can now ruin your Jeeps. If you choose to automate your ranger tasks, then expect some chaos. I lost more than one vehicle by not taking full control and assuming everything would be fine.

Even “veggiesaurus” can get overexcited at the site of a Jeep, leaving you regretting not being quick with that tranquilizer dart. You can’t drive off the cliff though (I tested it, for science), so at least your manual driving journey on Isla Sorna won’t turn into a rainbow road rerun.

On the flip side, the shift back to simpler times makes some of the day-to-day building easier. For instance, dinosaur transport is part of the ranger station, rather than requiring an extra building. This means parks can be smaller and simpler, but still just as beautiful. 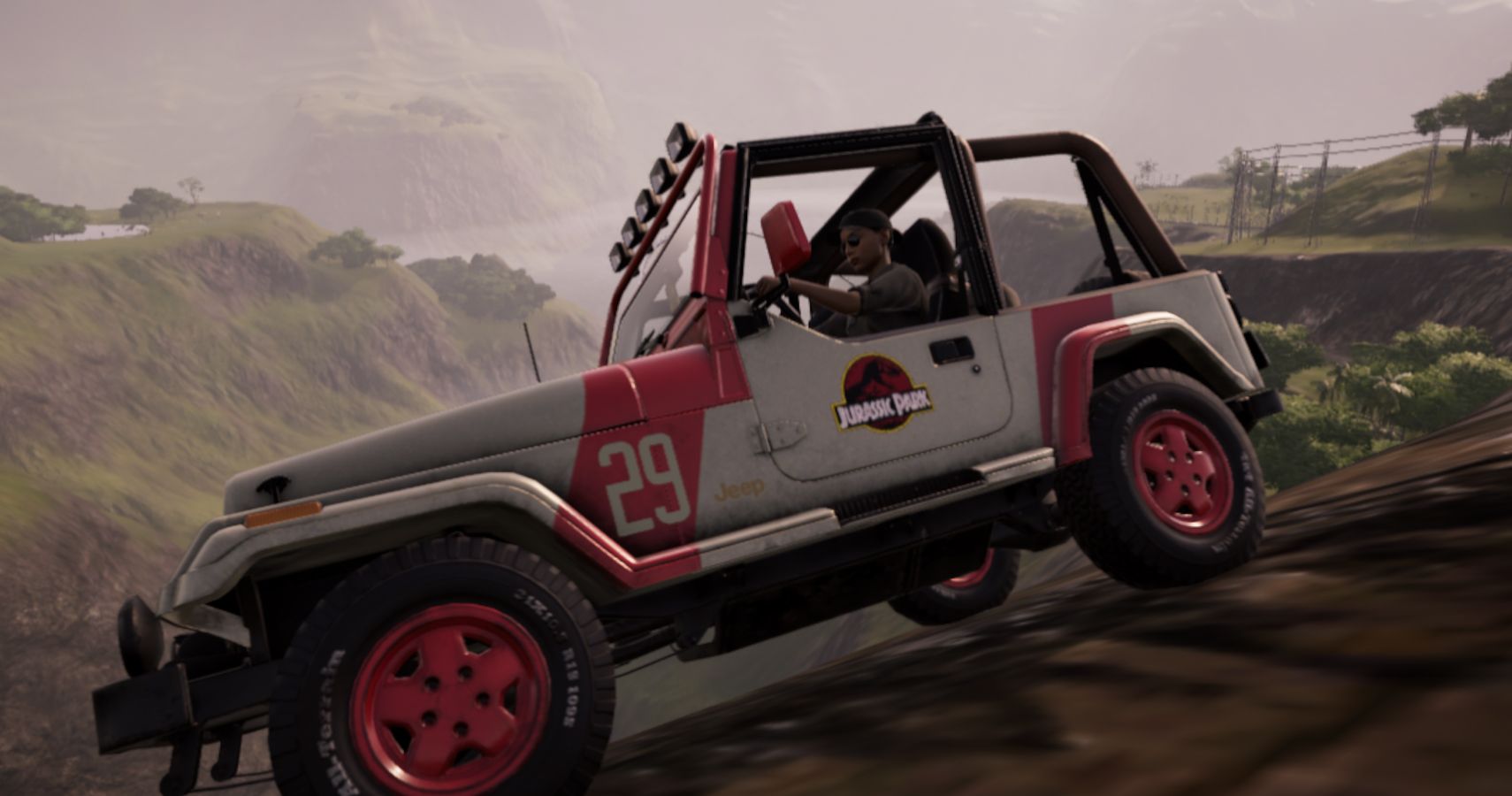 Overall, this DLC is a must-buy for any fans of the original trilogy. It’s packed full of flashback features that add a new dimension to every aspect of the game, alongside the new campaign. Just don’t install it until you have plenty of time to recreate that classic park while humming the Jurassic Park theme song. Trust me, you’ll need it.