James Gunn sent superhero fans into a bit of a frenzy recently by revealing he has spoken to both Marvel and DC about a potential crossover project. Gunn is currently going through the unique experience of working on two major projects for either entity at almost the same time. Gunn’s The Suicide Squad hit theaters and HBO Max this August, and now that’s wrapped the director can shift his focus to Marvel’s Guardians of the Galaxy vol. 3.

Gunn hints that he has specifically asked about the Guardians and his Suicide Squad meeting up. That makes sense since those are the two projects he has worked on. However, the Guardians and The Suicide Squad have never met in comic book form, giving those in charge of a potential crossover movie very little to work with. That doesn’t mean it can’t happen, of course, but Marvel and DC have far more content to pull from when it comes to working together if they look elsewhere.

One of the first times Marvel and DC decided to team up was in 1976, pitting their two top heroes, Spider-Man and Superman, against each other before quickly teaming them up. However, the Spidey collab that would probably appeal to today’s superhero movie lovers most is his first foray into the comic books alongside Batman. Their unlikely team-up runs so deep that it completely retells the pair’s origin stories in order to create a compelling reason for them to reluctantly work together. 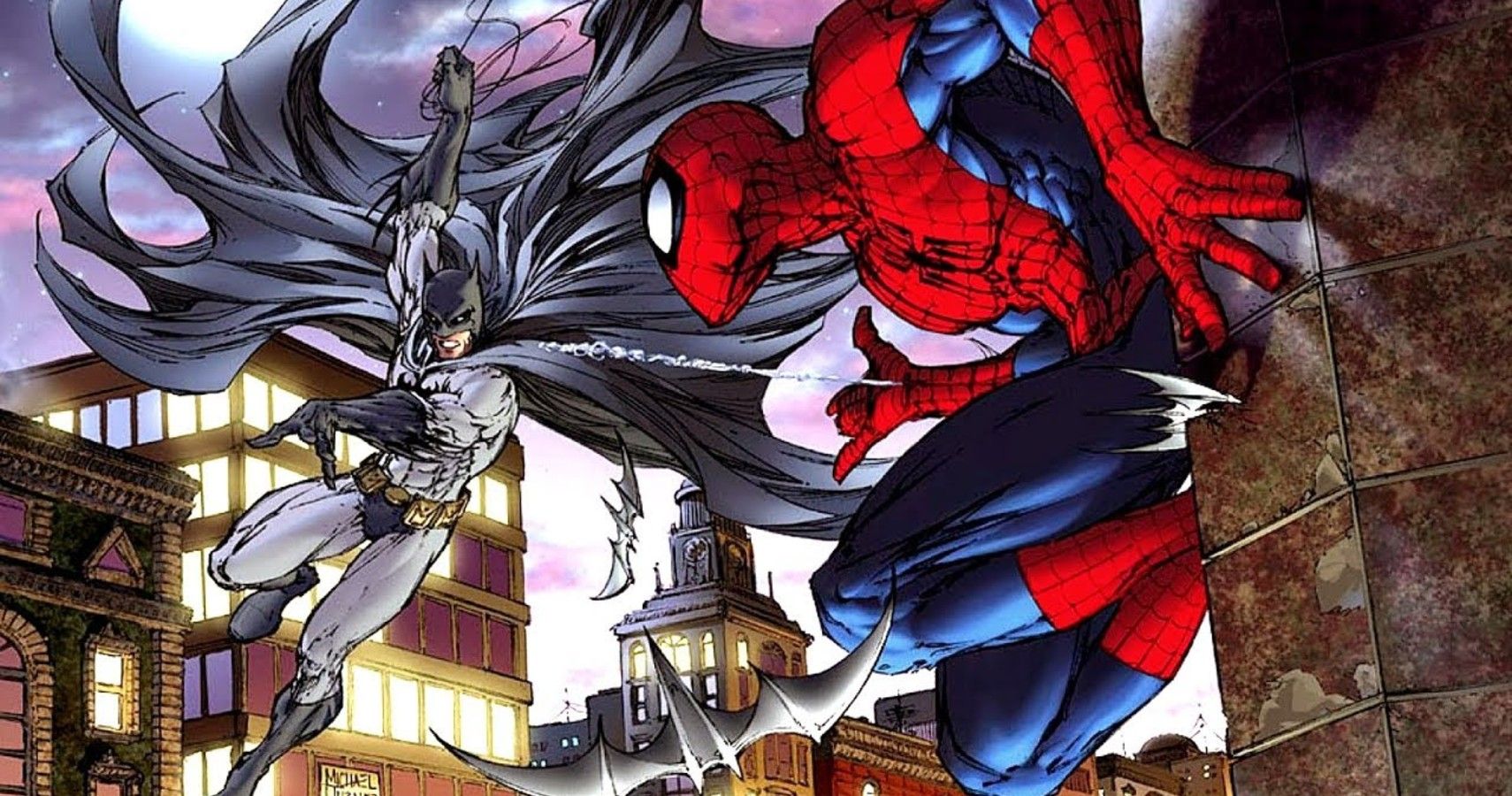 In this little-known crossover comic book universe, Uncle Ben is killed by The Joker while Batman’s parents are murdered by Carnage. A huge twist on two of the most well-known superhero origin stories ever. They’ve also been told time and time again on the big screen, and retelling them in such a major way could be a pretty cool concept. Spidey and Bats realize that the other knows best when it comes to exacting revenge on Carnage and Joker who have in turn teamed up to fight off the heroes hunting them down.

Speaking of Batman, Spider-Man isn’t the only Marvel hero he has tied up with over the years. Bruce Wayne is a far more brooding and dark character than the web-slinger, hence his multiple appearances in some of Marvel’s darker comics. In a crossover with Daredevil, the two are forced to work together in order to stop Two-Face. The comic ties Daredevil to Harvey Dent by adding that the two of them went to high school together. Daredevil’s past with this crossover’s primary antagonist is ultimately what helps him and Batman bring Two-Face down.

To go even darker still, Batman has also crossed paths with Punisher a couple of times. Punisher travels to Gotham in search of Jigsaw–the Marvel villain, not the killer from the Saw movies. That would probably be a bridge too far when it comes to crossover, although there’s a Batman x Fortnite comic now so what do we know? Batman wants Punisher out of Gotham, stopping him from killing people on more than one occasion, including the Joker towards the end of the story. Batman has even teamed up with Captain America in the past.

The dream scenario is, of course, a series of movies building to The Avengers either tussling or teaming with DC’s Justice League. Yes, that has happened too, and it was pretty epic. The two superhero teams were pitted against each other in what was effectively a cosmic bet with the fate of Marvel’s universe hanging in the balance. When Captain America and Batman realized the Justice League needed to win in order to save it, Cap and the rest of the Avengers stood down. There’s a lot more to it than that, of course, and it would make for quite the movie or three. 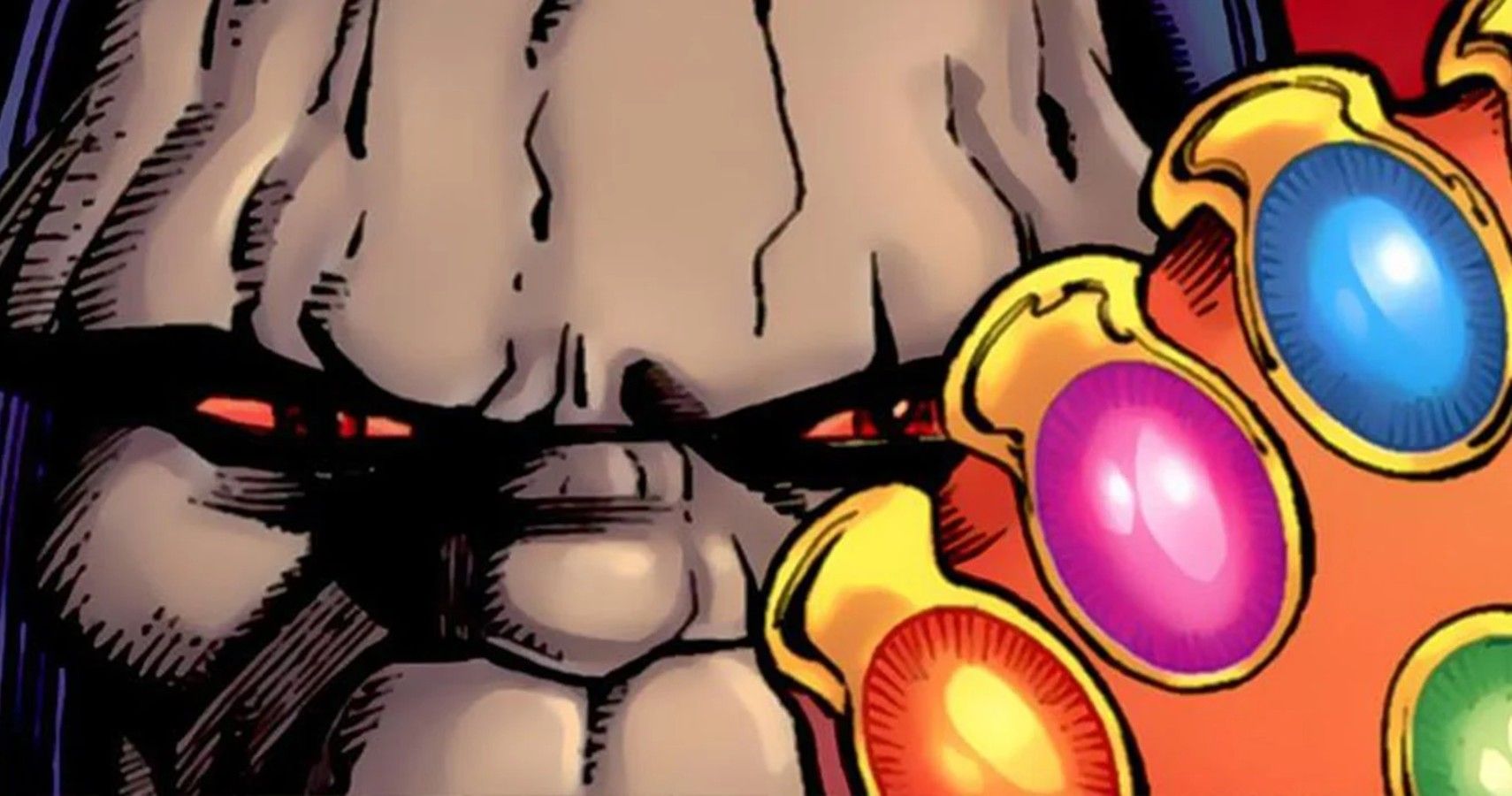 The above examples are only the tip of the iceberg when it comes to times Marvel and DC have wandered into each other’s universes. We didn’t even touch on the Avengers/Justice League battle including a point where Darkseid has the Infinity Gauntlet, complete with all six Infinity Stones. Thankfully for the Avengers, the  Gauntlet is useless since it has found its way out of the universe in which it and the Stones were created.

The logistics involved in making a big-screen crossover of this magnitude happen render it almost impossible to do. Between the contracts actors have, the studios in charge of the various movies, and the plans each has in place for the next decade or more, if it is ever going to happen, it’s probably still a long way off. Marvel Studios is having a hard enough time forcing Sony and Disney to get along without adding Warner Bros. into the mix. For now, all we ask is that a little-known hero called The Access gets a credits scene in an upcoming Marvel or DC movie. Very simply put, The Access has the unique gift of being a hero owned by both comic book companies. Their only job is to guard the portal between the Marvel universe and its DC equivalent to make sure the two do not intertwine. If The Access exists in the MCU or DCEU, they’re doing a damn fine job of keeping the two apart.