Mass Effect Andromeda is polarizing, to say the least. While a lot of people have learned to appreciate it over the years – myself included – some of its flaws are pretty glaring. There were only two new alien races – which were the same race, actually – despite the fact that up to ten new species were designed, and its inability to avoid aggressive space colonization tropes left a sour taste in many people’s mouths.

It’s unclear whether or not we’ll ever see exactly what the unused species looked like – the only word I’ve ever been given by an ex-BioWare dev director was “jellyfish” – but one of Andromeda’s main writers did tell me about an alternative version of first contact. Specifically, it wasn’t always supposed to be needlessly violent – the original plan was to prioritize communication with Andromeda’s indigenous species.

“I think it was a project that couldn’t have possibly lived up to expectations,” Mass Effect 3 senior writer and Mass Effect Andromeda writer Neil Pollner tells me. “Not just the high bar of the original trilogy, but the logical expectations anyone would have of Mass Effect going to a whole new galaxy. Because the scope of [the first] Mass Effect was so incredibly massive, there was an inherent promise that you’d be getting a massive new experience with a ton of new things in Mass Effect Andromeda (1) — new species, new lore, an entire new galaxy at your fingertips.”

As mentioned in the report on unused species above, the writers at BioWare only received enough budget for two new species plus the Remnant, meaning most of the more ambitious designs were left on the cutting room floor. This was on top of the fact that they couldn’t include all of the Milky Way species, which led to an overall feeling of smallness – as Pollner puts it, “almost everyone playing the game probably had something that they really liked about Mass Effect that just wasn’t there.” 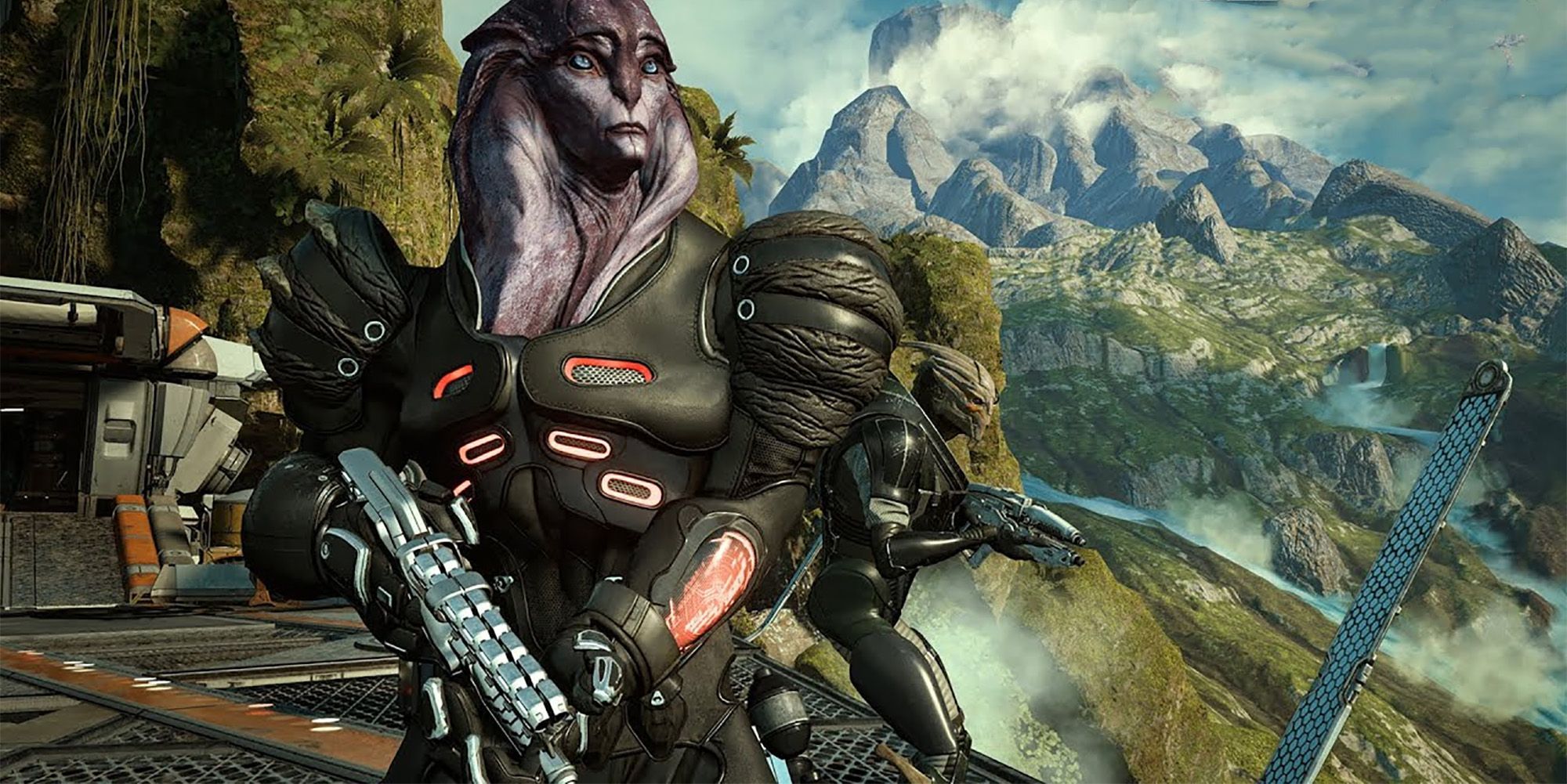 We covered some of this in our previous reporting on Andromeda, but one thing worth pointing to in more detail is the decision to make Ryder shoot Andromeda’s inhabitants instead of attempting to make peace with them first.

“Digging deeper, storywise, I think there’s a disconnect in making the player-character an explorer in a game where most of the gameplay involves killing,” Pollner says. “Ryder the explorer should have a challenging and dynamic first contact experience. Instead, you’re almost immediately killing kett. So, some very basic pillars just weren’t lining up.

“The other BioWare Montreal writers and I were dreaming up and developing things for Andromeda months ahead of Edmonton officially starting the project – ie. before the budget and scope had been decided/communicated. We just knew that we were going to Andromeda, with almost nothing else established, including even when in the timeline it would happen! And we set out to brainstorm and grow ideas that could organically serve that general premise. That first contact expectation I mentioned above? We’d developed ideas for how the player would navigate that. We were working on a process for the Milky Way species to learn how to even communicate with the new alien species. We were developing several additional species for the new galaxy, as well as several different storylines for why the expedition had been undertaken. Most of that pre-development work ended up not being used.”

It’s a shame to see that one of Andromeda’s most damning issues not only could have been different – the people writing the game were aware of it and had actively made an effort to avoid that pitfall. Unfortunately, from budget to time constraints, to overall scope, the team were given finite resources to ship a game, which required an overhaul of what could have been in order to meet more realistic demands within a prescribed time frame.

“That said, I find the game to actually be pretty darn fun,” Pollner says. “Once the technical flaws were ironed out, and the initial reactive disappointment faded, the game does stand on its own. There’s some really good stuff in there.”