Mass Effect Shows How Games Should Be Remade To Incorporate Accessibility, Not Remastered

Resident Evil Village left a sour aftertaste in my mouth that refused to dissipate. There are parts of it I love, but it is a modern, triple-A game that didn’t even do the bare minimum with accessibility, lacking even a FOV slider. For a new title, that’s unacceptable. Hopefully, Capcom takes the feedback and learns from it, improving with its next title. With Mass Effect, I was at least hoping for a FOV slider, but here I am again with egg on my face.

To clarify: remasters are not the same as remakes in scope. Limited budgets, time, and working with an existing engine to modernize an old game all leave developers in a tight box with little wiggle room. Moving beyond that to implement modern accessibility features on par with Ratchet & Clank: Rift Apart isn’t feasible, but little things like a FOV slider or adjustable HUD size are, and lacking those is disappointing. Already, half an hour in, the cramped UI and zoomed-in view has left me feeling nauseous and anxious, unable to continue, waiting for the modders to pick up the slack.

Seeing these features ignored when a photo mode was implemented is upsetting, to say the least. It’s catering to those who enjoy virtual photography – a hobby – more than widening the pool of those who can dive in and play. There’s room for both. I myself am in that middle part of the ven diagram that enjoys being able to fly around taking cool screenies while also needing a higher FOV to stick through. Not having the option for the more necessary one is disheartening. But these are fixable problems that can be addressed in updates, and I’ve no doubt that BioWare may very well do that. And hopefully, they take these words of criticism on board, but the wider scope of accessibility is the issue, and the blame there is more on EA. See, they should’ve funded a remake not a remaster. Let me tell you why. 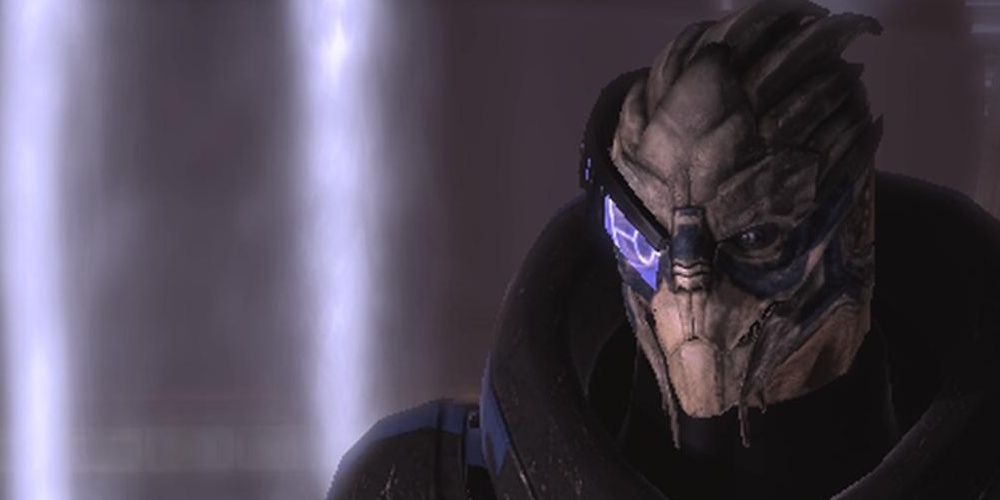 Steve Saylor – who goes by ‘Blind Gamer’ on YouTube – puts it best:

There is a very limited amount of time, budget, team members, and resources that are given to a remaster of a game. Because Mass Effect is a remaster, all that was done was upgrading the graphics of the original trilogy and improving the gameplay for more modern consoles.

That’s all they were able to do.  If you want to add some accessibility options that we’ve become accustomed to in the past four years, you would have to technically remake the game and work from scratch. There’s not much BioWare could have done to add in more accessibility. I’m sure the developers wanted to add in features, but that was not possible with what was available to them.

With Mass Effect Legendary Edition being a remaster, it is fundamentally flawed from the beginning. That original trilogy was already widely available as you could purchase and play it on Steam, Origin, and Xbox, and it holds up pretty well. I played them for the first time only last year and had few problems. There are some archaic and janky design choices that don’t quite hold up against modern standards, but they weren’t unplayable games. In fact, they were enjoyable in every sense of the word.

So, why a remaster? Well, it’s less costly. But given that we could already easily find and play these games, a remake would’ve gone a long way as it would’ve allowed for BioWare to transform this classic sci-fi action game into something that even more people could enjoy, those who otherwise can’t in its current state. FOV problems will no doubt be fixed by modders or in an update, but there’s plenty of other settings that simply cannot be added retroactively. 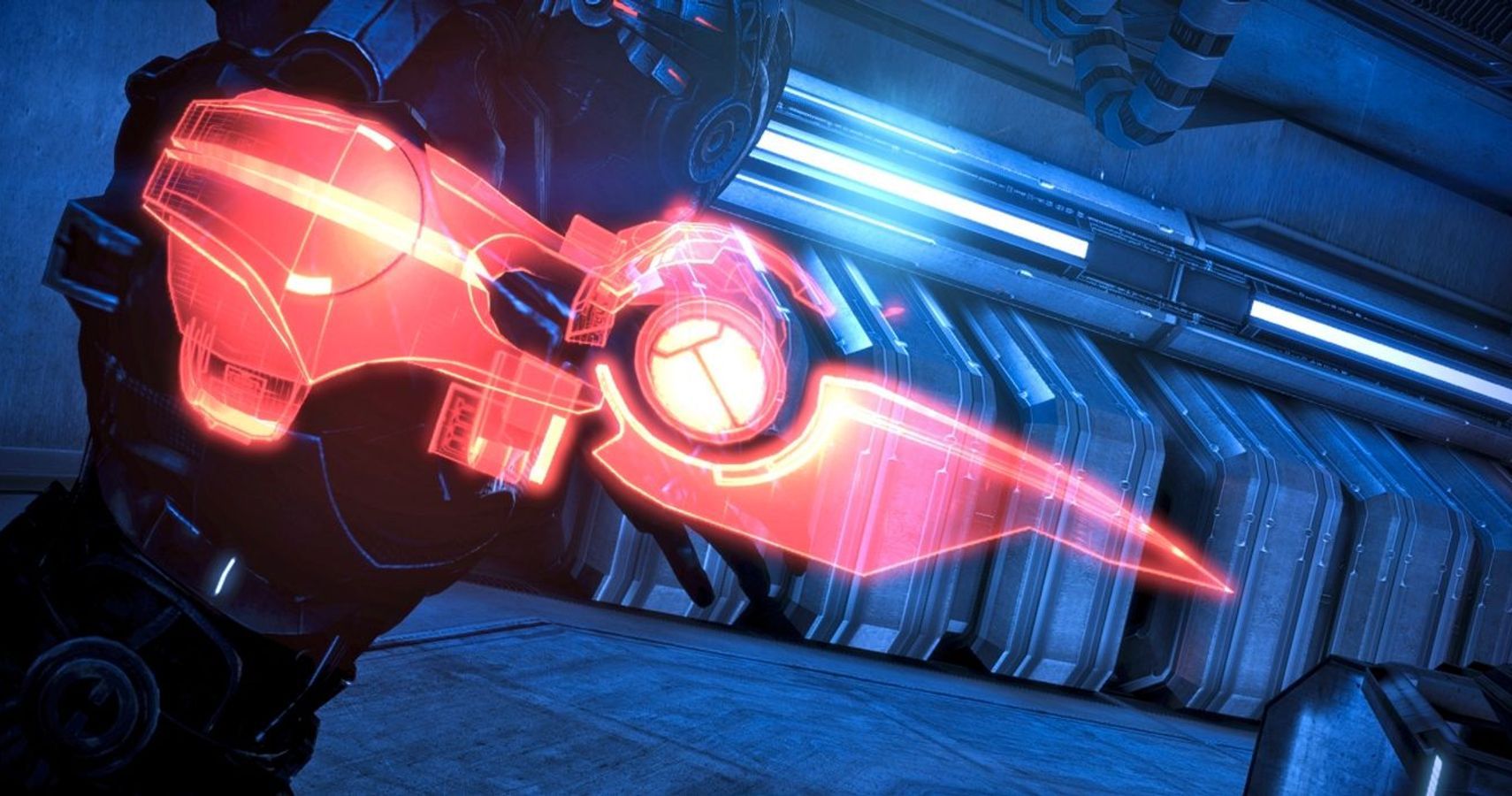 A former Can I Play That? writer, Grant Stoner, told me:

The thing about remasters is that it’s not expected to add features because they are simply updating the game from a graphical perspective. I think for features that completely change the game, like aim assist, or button mashing, that would be difficult to implement.

To take that a step further, settings such as lock-on-aim, combat audio cues, navigation assistance, enhanced listen mode, skip puzzle, awareness indicators, auto pick up, etc. would all be near impossible to implement. That’s why more triple-A studios, when working with games that are already incredibly easy to find and play on current-gen hardware, should whip out the big bucks and remake them instead.

It’s more costly, but it lets even more players enjoy that classic, beloved title that shaped the industry permanently. Mass Effect deserves that love and recognition, that ability to be played by everybody and anybody should they so desire, but a remaster is so limited in scope that it’s simply not possible. There are slip-ups like lacking a FOV slider, something that can be added with an update (and hopefully will), but the core foundation is inherently archaic and flawed, unable to allow for a wider audience to dive in. That’s why The Last of Us remake is so promising given how intuitive and in-touch the sequel was, as it is a remake that will allow for Naughty Dog to go back and implement these more modern inclusive features. Mass Effect could have been that for EA, but it isn’t.

More studios need to set that trend. Porting PS2 games like Jak & Daxter makes sense – they’re not readily available at any storefront for current-gen as is. You’d have to find yourself either a PlayStation 2 or 3, or stream on Now, which is as unreliable as a harness with no straps. But, porting games like Mass Effect is baffling. They can already be played and they’re not so old that younger audiences can’t get into them, so why not put a little more grease into the wheels and give BioWare more to work with and let them bring this gargantuan and treasured modern classic to as wide an audience as possible?

Being handed the reigns to remake as opposed to remaster would have let BioWare build Mass Effect back up from the ground with accessibility in mind like with any other modern game, and yet that opportunity wasn’t present for them. That is exactly why EA shouldn’t have remastered this oldie. More triple-A studios, when revitalizing games, should opt for the remake treatment, especially if they can afford it. It’s simply more inclusive to do so, and isn’t that what gaming is all about?