A man, plucked up out of nowhere and thrust into the role of savior against overwhelming odds. Together with their ragtag group of disciples, they eschew either carpentry or soldierdom in an attempt to achieve peace, harmony, and sanctuary for all those who seek it. I’m honestly this close from straight up stating that Commander Shepard is just Jesus with a buzzcut or blood red bangs.

But Shepard’s Messianic complex is just part of Mass Effect’s origins in Christianity. As a whole, this is a series that owes the foundations of its framework to gospel and Goliath. For what it’s worth, I’m not Christian, but I attended a Catholic primary school like the vast majority of other Irish people born in the mid ‘90s. While I’m not a practitioner of or even a believer in this faith, I am familiar with the parables and precepts of its sacred text, several of which are clearly visible in the most prominent strands of Mass Effect’s DNA.

I mean, some of it is pretty obvious, right? Calling your default protagonist John Shepard is a bit on the nose. John, a name associated with both Jesus’ baptist mate and one of the Evangelists, while Shepard is a clear play on the shepherds that show up in the Bible every five sentences. The Catholic school kid lingering in the vast recesses of my childhood brain keeps singing “my shepherd is the lord” every time anyone talks to me in Mass Effect. There’s just no way anyone settled on the name without it being intentional. As for FemShep, the first Mass Effect launched in 2007 and was marketed entirely around the male protagonist – hell, FemShep wasn’t even properly in the first or second game. Her being called Jane is like having twins and calling them Tim and Tina, or Sean and Shauna. Mass Effect was much less open and diverse at the time, and, in hindsight, it’s pretty evident that it was built around a male space Jesus who ditched the water and wine for a high-octane sniper rifle with a kick harder than Roberto Carlos’ left peg. 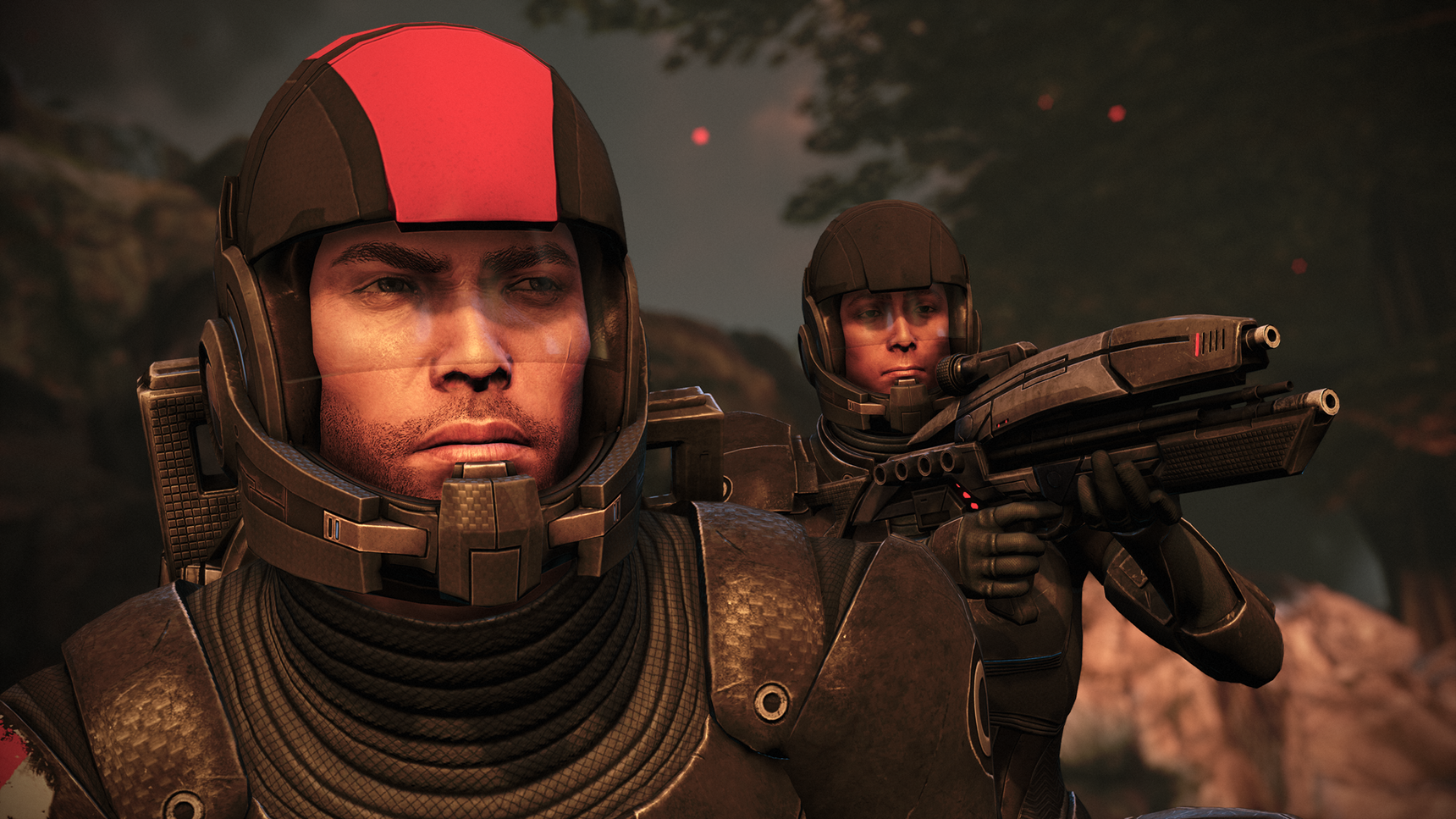 With all of this in mind, it’s easy to see the RPG aspects of defining your character as a basic heaven and hell dichotomy, although I don’t think that’s quite it. Regardless of whether you’re a paladin or a total bastard, you’re still the savior of the universe at the end of the day, and so I’d be far more inclined to liken Shepard’s Paragon vs Renegade structure to New Testament God vs Old Testament God, respectively. For those unacquainted with these terms, New Testament God is all like, “Everyone is welcome in my kingdom!” whereas the OG was more like “I will smite thee!” if you didn’t pray to him every four seconds. If you’ve played Persona 5, just think of Yaldabaoth and you’ll get a fairly decent idea about how much of a wanker Old Testament God is. He’s basically just a less cool version of Sovereign – who, by the way, is first seen on a planet literally called Eden Prime. Wonder where that came from.

Speaking of which, the Reaper invasion is pretty rapturous, eh? An almighty machine race leaving dark space after 50,000 years in hiding to annihilate all planets bearing sentient life is pretty akin to, you know, fire and brimstone or divine destruction. The whole cyclical aspect of it works too, especially with the Old Testament stuff – that’s why we had Noah’s Ark, right? God had a bit of a wah wah and said “fuck it, you’re all getting flooded” so Noah had to be like, “two of every animal please, but no humans, sorry – bye now.” Except in Mass Effect the Ark is the Normandy, a cutting edge spaceship that carries at least one person from every Council species and a whole lot of other Citadel species, too. Well, krogan, drell, and quarians, at least. We’ve also got a geth in Mass Effect 2 and a bona fide Prothean in 3, but Volus? Elcor? Hanar? Yahg? Vorcha? Batarians? Sorry, buds. No room at the inn for you.

By the time you even meet half of these people in the second game, you’ve already died and come back from beyond the grave. It took a bit more time than three days, mind, and you stick around for quite a while longer than Jesus did after escaping the tomb – and do so with slightly more pizazz than is exhibited in his Arrested Development escape – but the premise remains the same. You’re killed and brought back, except instead of being resurrected and saying “forgive your enemies,” you enlist with a terrorist organization and need to stop people from having their souls harvested, or something. Jesus came back from the dead and knocked around for a bit before simultaneously becoming king of the universe and his own dad. Shepard comes back and it’s like, “You know those weird alien machines that killed you? Well, there are millions of them now, and you’ve got to kill them this time.” At least Jesus got some much needed R&R. 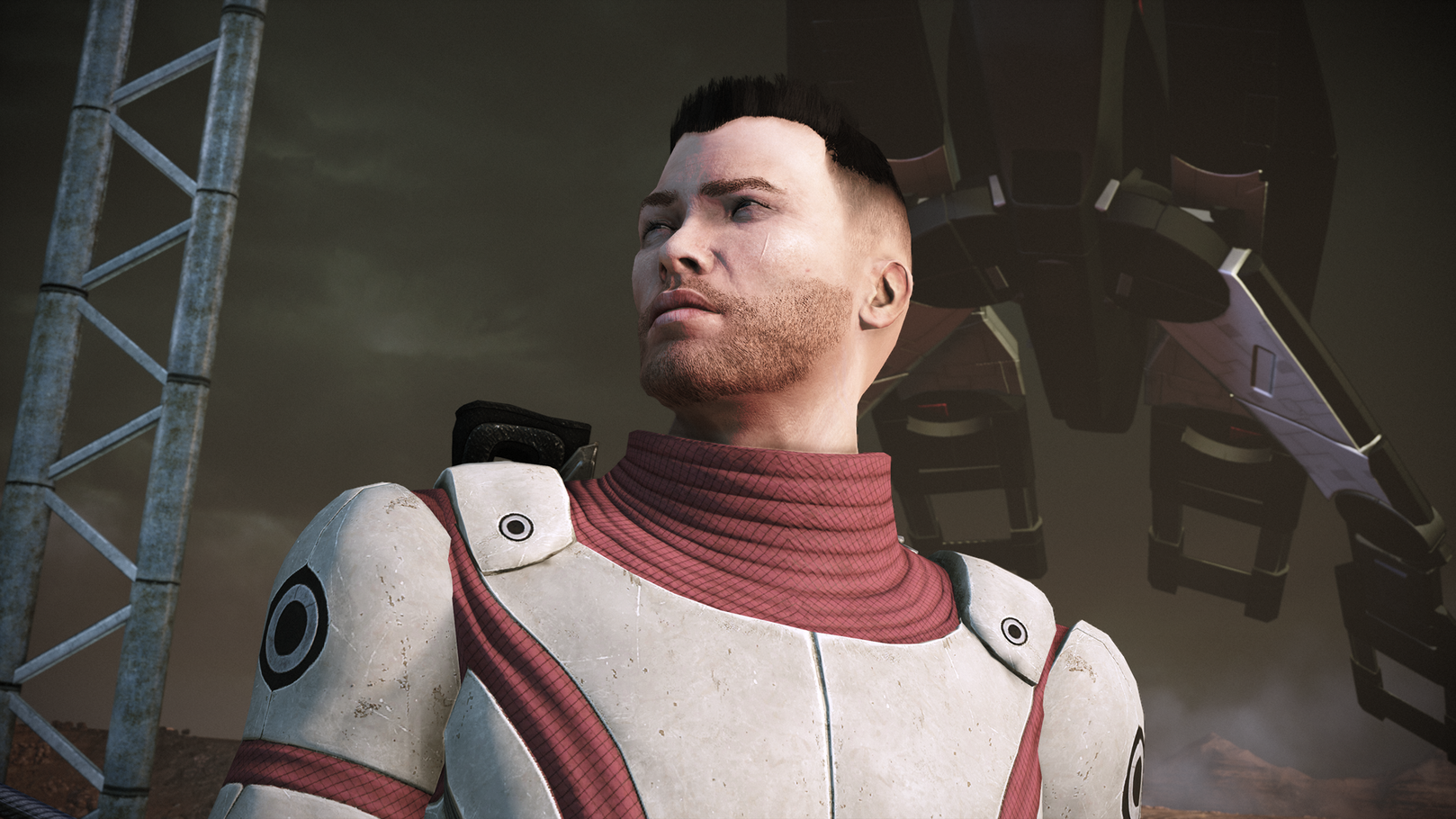 I mean, sure, you’re not betrayed by a squadmate after your last meal together, but Saren Arterius is a bit of a Judas Escariot himself. Your inheritance of Nihlus’ Spectre status leads to a situation where you’ve been betrayed by proxy. The fact that Saren is an indoctrinated puppet of a much larger scheme only reinforces this further, especially if you have sufficient charm or intimidate to talk him out of consciously trying to kill you at the end of the first game.

Let’s summarize: your mentor is betrayed and you replace him, bearing the burden of this betrayal and being forced to rectify it – it’s not direct, but it works. You set off with a bunch of your apostles on a pseudo-ark representing the most prominent and powerful species in existence in an attempt to avoid certain destruction at the hands of an unknowable apocalyptic force, and while you’re doing it everybody calls you Shepard. You die, come back to life, and whether you’re lovely and polite or an irredeemable bastard, you’re credited for having saved the galaxy. And what do you do to save it? Well, you sacrifice yourself for the good of everyone else, and your disciples live on spreading the gospel of Shepard – although said gospel is apocryphal because nobody else saw you speak to The Catalyst, right? You’re immortalized as a hero despite the fact that nobody knows of your precise deeds and, to be honest, half the people who call them miracles probably reckon they’re actually a load of steaming bullshit.

Come on, reader. Admit it – Commander Shepard is space Jesus and it’s not even up for debate.