There’s a scene in Death Stranding that I find myself thinking about over and over again. It’s not part of the story – it’s barely even a scripted sequence. In the central south of the second map, after bringing South Knot City onto the chiral network, you’ll find Mama’s Lab. Across a narrow river separating a small sliver of an otherwise connected peninsula, two preppers have taken up residence in Timefall Farm. It’s gorgeous here, and visiting is essential for progressing the main narrative, but the best part of this area is way off the beaten track, lonesomely tucked away in a mountain range that seems to provide little more than a scenic backdrop.

If you consciously go in what seems like the complete wrong direction, you can scale an isolated peak that, to be honest, looks unscalable. Games, even the biggest ones, are enclosed spaces filled with smoke and mirrors – no matter how long your odyssey might be, you’ll always bang your head on an invisible wall eventually. This particular peak, though, is conquerable. When you emerge at the top, the sky opens up before you like the monolithic mountain in Wordsworth’s Prelude – the larger it looms, the more sublime it gets. Beneath the majesty of the clouds, though, you’ll notice a contrastingly small ring of stunning cryptobiotic formula. At this precise moment, Asylums for the Feeling by Silent Poets and Leila Adu starts to play as the camera wrenches itself back into a more panoramic shot, creating a kind of sensory unison that exemplifies what makes Death Stranding such a special game in the first place: direction.

Death Stranding introduced me to a variety of artists I’d never heard of before, from the aforementioned Silent Poets to the brilliant Low Roar – it’s also worth noting that Bring Me The Horizon’s Ludens is a certified banger, although I listened to them regularly back when I was a grouchy little scene kid. Personally, I’d love to get my hands on Kojima’s Spotify Top 100 from last year, although admittedly I wouldn’t be able to do half as much with it as he could. Also, I love music – I’ve already written about why the Yakuza 0 theme is so perfect, as well as why game devs need to start looking to artists like Radiohead instead of trying to rip off films all the time. Death Stranding uses music like no other game I’ve ever played – you could argue that MGS has great tunes, too, but it’s nowhere near the same level. Red Dead Redemption’s first ride into Mexico is probably the closest I’ve seen anything else come, although that’s just one part of a game – Death Stranding does this the whole way through.

That moment I described above is the one that has stayed with me most clearly since rolling credits on Kojima’s latest, but there are dozens more besides interspersed throughout the game. There’s nothing like fuming at yourself after realizing you’ve strapped an extra five kilos to your left knee, sending yourself on a little tumble down a snow-laden slope, only for Kojima’s Walkman to magic itself into the game and auto-play with the best track you’ve heard in six months. I’ve always been impressed with Death Stranding’s use of topography – where you can alter the map to view terrain, verticality, weather, and more – but despite the fact this very literally shapes the world, it’s equally structured by these pocketed moments of brilliance. It’s a kind of experiential texturing – wanky term, but I’m writing about a Kojima game, shut up – that I’ve yet to see elsewhere, and I’d love to see other devs incorporate new versions of it into their own projects. It doesn’t necessarily need to be licensed songs, mind – Ludvig Forsell’s Death Stranding score is just as excellent as all of the tunes KojiPro likely forked five, potentially six figures over for. I’m not exaggerating – BB’s Theme was in my Spotify Top 100 for 2020 because I’m a great big loser nerd who knows every single word. Dad Mads is still the best at singing it, though.

The number of things Death Stranding did that other games need to learn from is borderline unquantifiable. I wrote about it yesterday, too, and mentioned that here at TheGamer.com, Death Stranding scores range from 1/10 all the way to 10/10. I gave it the latter almost two years ago and unapologetically stand by it because I’ve yet to play anything since that’s half as absurd or a fraction as ambitious. I mean, absurdity and ambition go hand in hand, so the juxtaposition of floating sperm whales in parallel dimensions with piss grenades, piss mushrooms, and piss except it’s Monster Energy is a natural champion of both. I don’t just love piss, by the way. 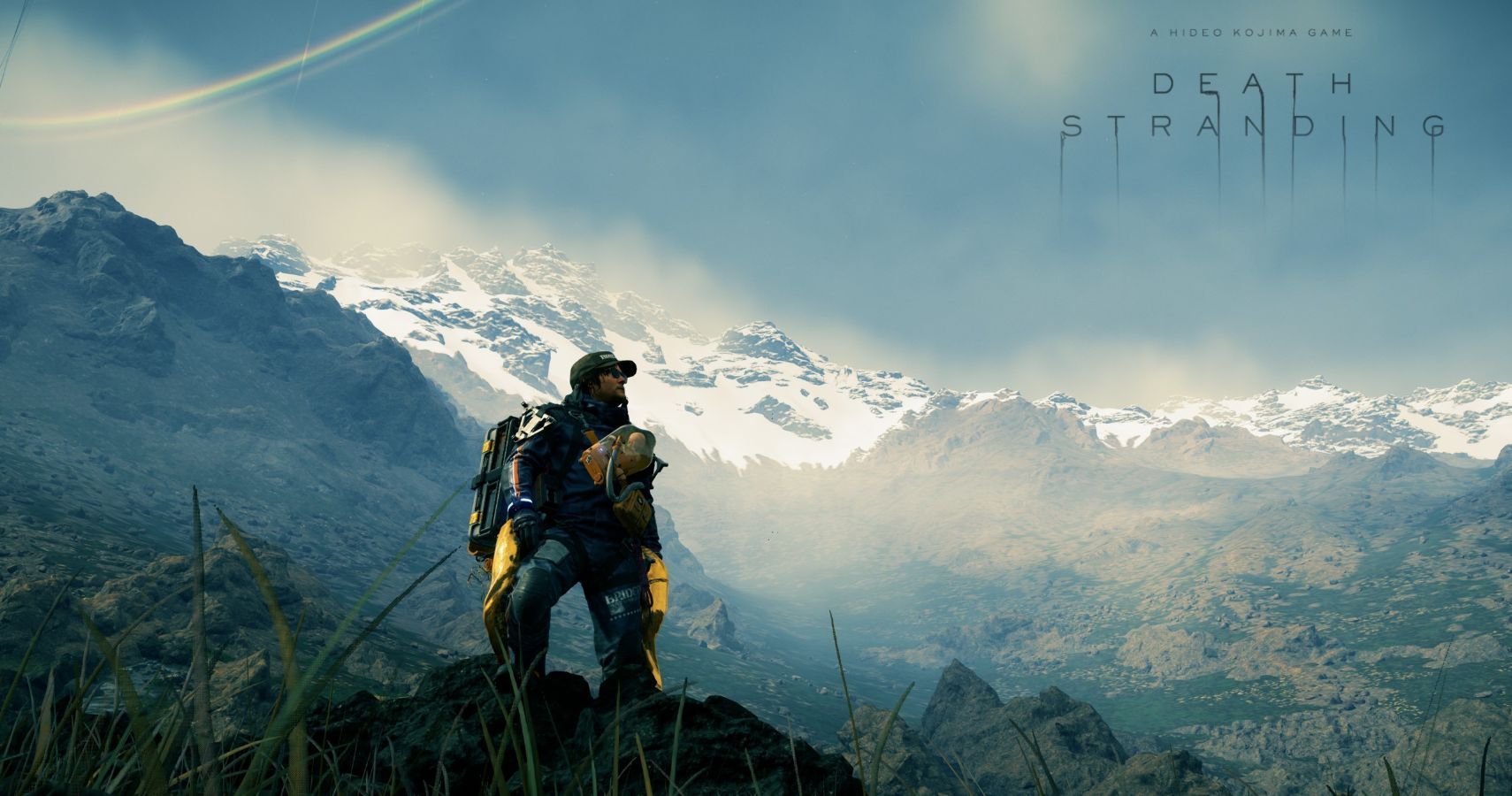 We’re getting Death Stranding: Director’s Cut at some point in the near future, and I personally can’t wait for it. I’ve already written about how it’s the only game I know that can justify the kind of definitive edition director’s cuts usually entail, as well as how it’s the first game yet to convince me I need to get a PS5. The more I think about it, though, the more I realize that what I’m looking forward to most isn’t seeing how the game’s core balancing act meshes with adaptive triggers, or being forced into uncannily close proximity to Guillermo del Toro’s beard in a shower that is absolutely too small for two people. What I personally can’t wait for are the tiny vignettes dotted all across whichever part of the world Death Stranding takes us next. I want to summit peaks and hear Leila Adu’s silky vocals bleeding into light industrial percussion. I want to fill my post-apocalyptic motorbike with more NOS than a Need for Speed boy racer and bomb it through bombed-out backdrops while Oli Sykes howls about wanting a break. I want to see the camera contort itself in unusual but perfectly particular ways while some tune I’ve never heard of in my life complements an experience I’m going to remember for the next two years, just like I remember the one I mentioned above now.

Most of all, though, I want more people to play Death Stranding and learn from how phenomenal its unparalleled use of music is – holy shit, I need that director’s cut stat.