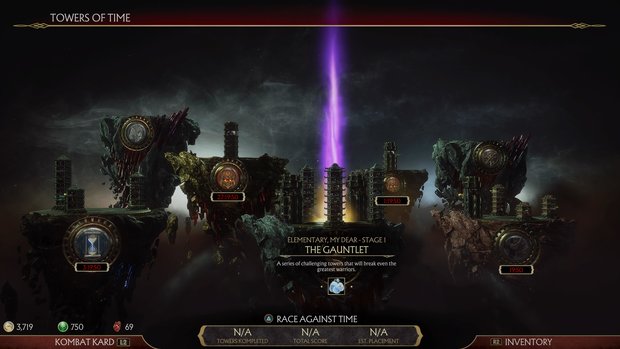 At least in the story mode, there’s some respite from what seems like a very aggressive tactic to push players into buying premium currency. As ever with NetherRealm games, the story takes center stage, and draws on the last three decades of history to compose a story that’s as insane as it is brilliant.

We won’t spoil anything here, but over the 12 chapters (of four fights each) the Story mode focuses on, you get a decent grounding of current and historical MK lore. It’s loud, dumb, silly and the most part, fun. It’s built with Hollywood cinematography and wouldn’t feel out of place in the overwrought DC cinematic universe – it’s that on-brand.

This is the best place to feel out the fighting in the game, too: for the most part, the balance is on point (NetherRealm has clearly learned its lesson since vanilla MKX!) and there’s a character for every player type – whether you’re stoic, rushdown, a zoner or whatever else you’ll find a character and a playstyle that will fit to your strengths and test your weaknesses. We can’t gush enough about how well MK11 plays when you’re fighting.

You can probably blitz through Story mode in one sitting, if you’re patient, as it takes maybe two to three hours to finish up. Then, it’s time to jump into the Towers – and that’s where things get disappointing. 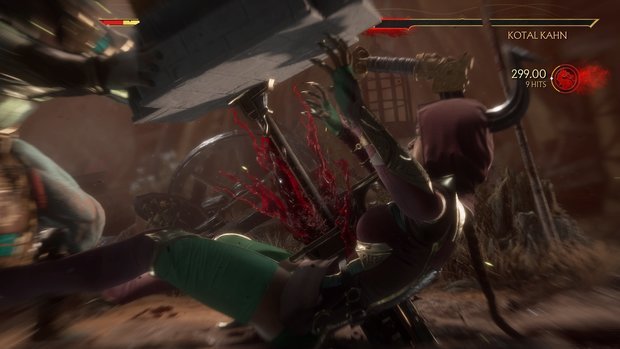 There are two types of Tower: Klassic (standard arcade ladders that anyone that’s ever played a fighter will be familiar with) and Towers of Time. The latter are constantly changing challenges that put the focus on items and power-ups, rather than your raw fighting skill.

In theory, that’s a great idea – it demonstrates a lot of creativity from the minds at NetherRealm, and keeps the game fresh forever. But without good augments, decent power-ups and (again) this ludicrous grind, many of these challenges are frankly unfun.

Completionists beware: there will be a long gap between you starting this game and having unlocked everything – in fact, at launch, we don’t think it’s possible for you to get everything in-game thanks to online towers. Also, don’t play this game if you plan on being offline most of the time: MK11 will refuse to give you rewards. Which is ridiculous.

A cynic would say that NetherRealm has intentionally bloated the crafting and unlocking process to guide player’s hands towards premium currency if they want to get their favourite characters geared up to the teeth.

Whilst we appreciate the hard work and dedication that’s gone into fine tuning what has always been a phenomenal fighting game core, we can’t help but feel the sheen of the gameplay is dulled by the aggressively monetised skin Mortal Kombat 11 is wearing.

Sure, the Living Towers are an interesting addition that requires many staff to be committed to the game the foreseeable future, and online stability needs to be maintained, but loading a fighting game with this many conflicting currencies then having the gall to ask players to shell out cash on top of the triple-A price of entry… it stings. More than Scorpion’s iconic spear.

Mortal Kombat 11 is a top-tier fighting game that deserves to be rated much higher – but locking 90% of the content behind gates that require thankless, constant grind has left us with a rather sour taste in our mouth.