NHL 20 is a great example of annualized sports games, for better and worse

Looks aren’t everything, but they matter a lot in the world of sports video games, and NHL 20’s biggest success comes in that arena.

A marked improvement from the visuals of EA Sports’ previous hockey titles is evident this year, both in the action on the ice and in the way it’s presented. And there’s enough substance under the hood to back up those surface-level changes, which compensates somewhat for stagnation elsewhere.

Last year, I was surprised by developer EA Vancouver’s decision to refocus the NHL franchise around World of Chel, a new suite of online modes — and I was delighted by how well the studio pulled it off. In NHL 19, EA paired that online hub with key mechanical upgrades powered by a new physics engine. The company has taken a similar tack this time around, expanding upon World of Chel while working to address some long-standing gameplay and presentation issues. 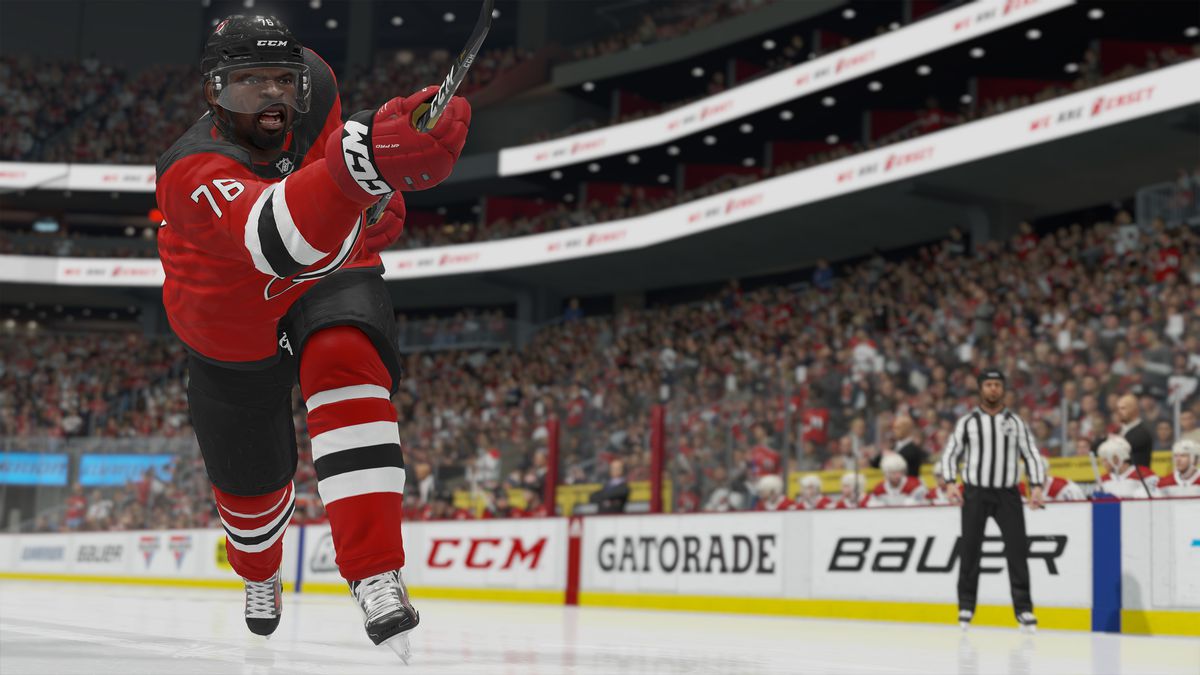 I called NHL 19 the best-playing hockey game in years, a reflection of the major strides that EA Vancouver made in two key areas: skating and collisions. The improvements in NHL 20 are less immediately noticeable, but I started to feel their impact as I spent more time with the game.

New animation technology delivers a pronounced upgrade to puck pickups, a perennial pain point. After years of fuming at my TV as I watched players fail to grab pucks within their vicinity, I’m thrilled to report that that’s much less of an issue now. It’s not just that players now make an effort to reach out for nearby pucks, but that they can do so without slowing down. Ice hockey is all about speed and fluidity, which makes it a meaningful improvement that players in NHL 20 can receive passes in stride and make plays on the move.

This goes hand in hand with the game’s new shooting animations. EA Vancouver added player-specific shot styles for NHL stars like P.K. Subban and Alex Ovechkin, which I appreciate as a superficial, but welcome, update.

But the studio’s work on animation blending for shots is a change that makes NHL 20 both look more lifelike and feel more like real-world hockey. Gone are most of the awkward, sometimes physics-defying transitions between stances or actions, which led to plenty of missed opportunities. This year’s update not only gives the virtual players the appearance of having situational awareness — allowing them to move and act more like real athletes do on the ice — it also means that I don’t see nearly as many plays that should be impossible or that make me think, That’s a glitch. 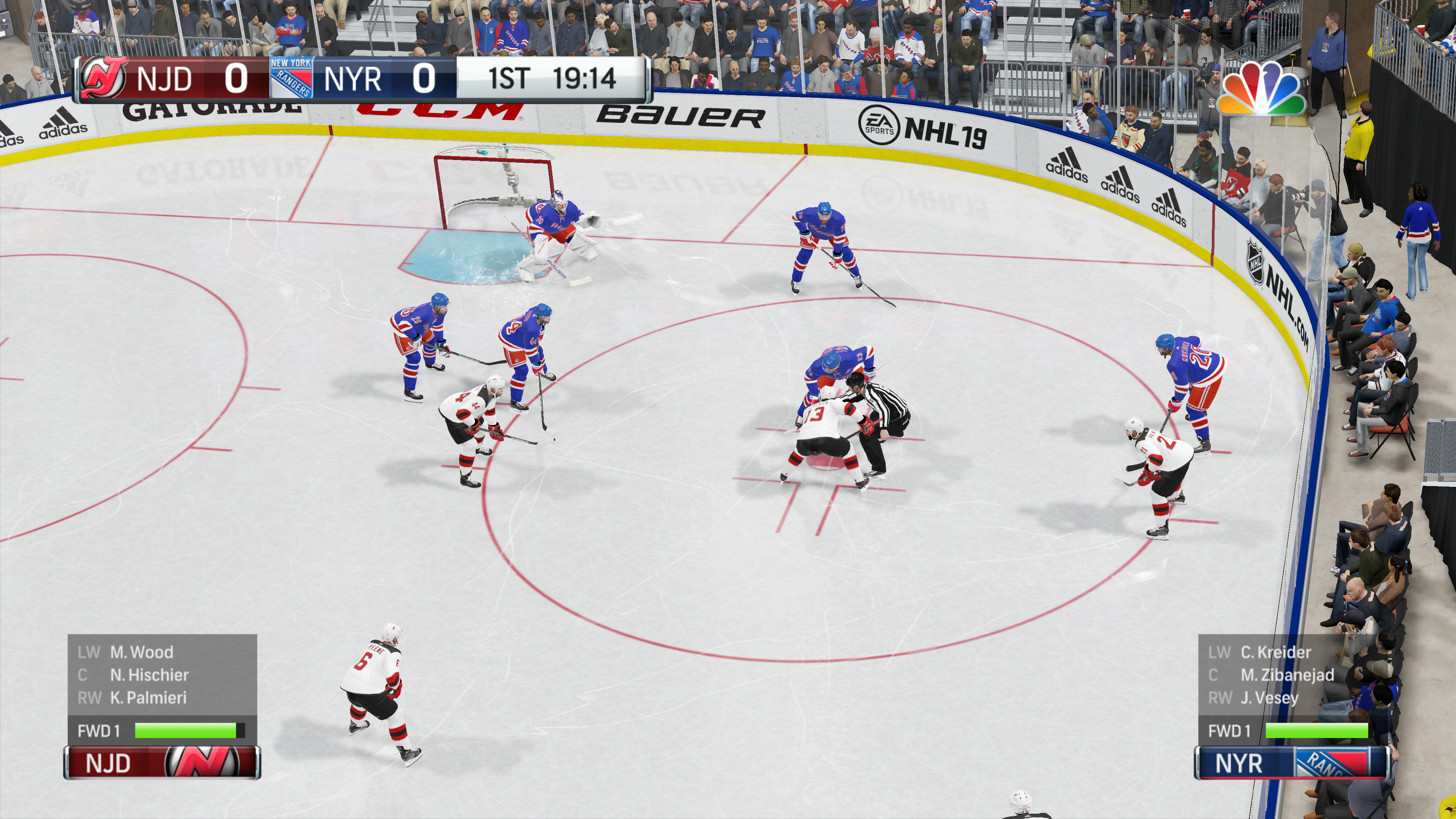 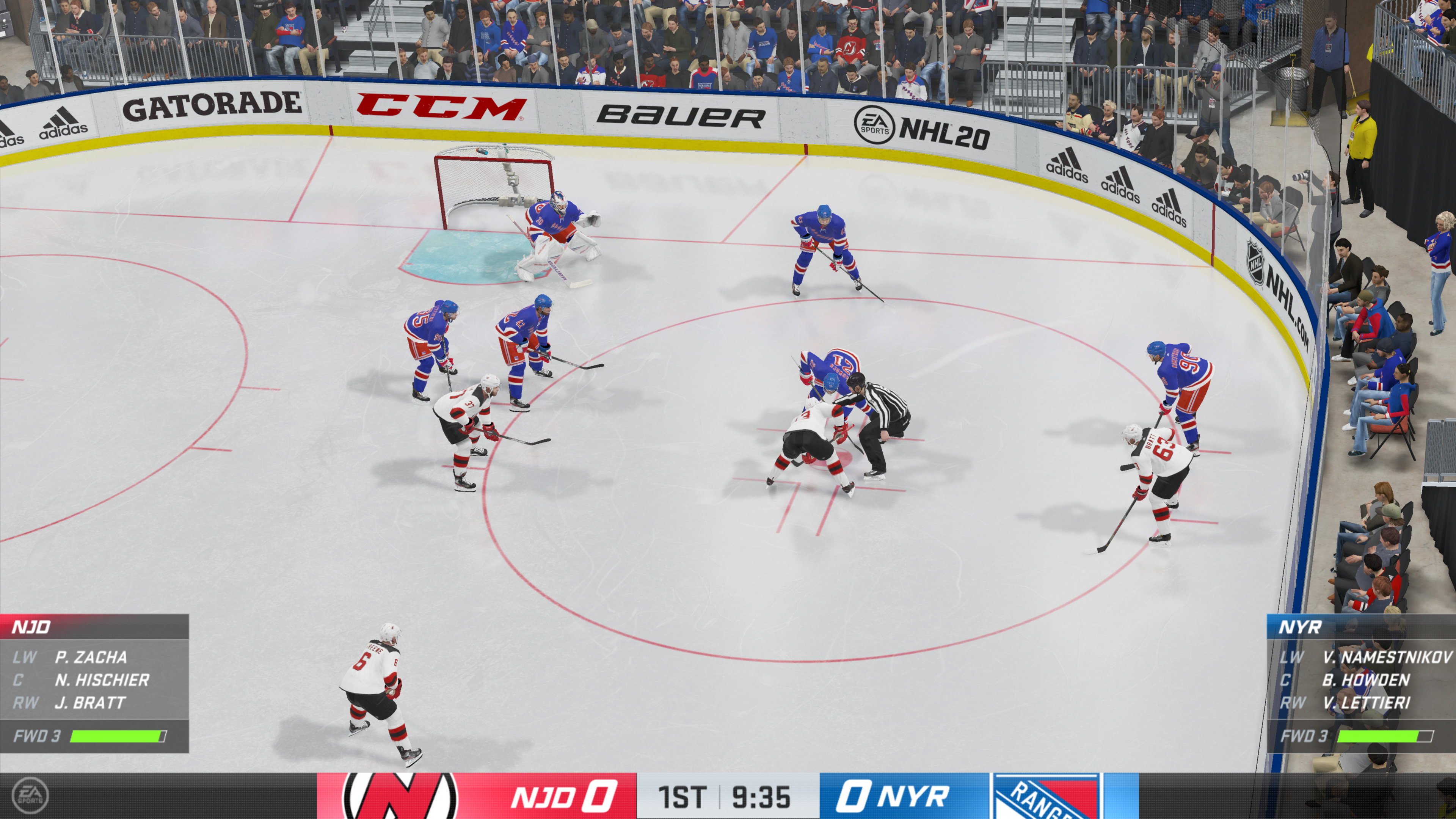 The only element of the overhauled presentation that doesn’t work is the in-game score clock overlay. It’s now a bar across the entire screen, taking up the bottom 5% or so, instead of the smaller NBC-style bar at the top left. The issue isn’t necessarily that it blocks too much of the action. I just find that it takes more effort to glance down there, away from the game, and because of the bar’s layout, it’s more difficult to quickly scan it for important information like how much time is left on a power play.

NHL 20’s changes to World of Chel are more hit or miss. I’m glad that NHL Ones, the exciting one-on-one-on-one mode that debuted last year, is now playable offline in local multiplayer as Ones Now. While it offers a limited roster, I can unlock additional players and venues as I go, which I appreciate … since I may never get to see all the Ones rinks playing online.

That’s because EA Vancouver put a battle royale spin on the mode this year: It now plays out as an 81-person tournament called NHL Ones Eliminator that starts with 27 three-person matches and gets whittled down over four rounds (81, then 27, then nine, then the final three players competing for the trophy). The mode uses a single-elimination format — I have to start from scratch if I lose at any stage. This is not the way Ones worked in NHL 19, where I’d be demoted only if I lost twice in a row. 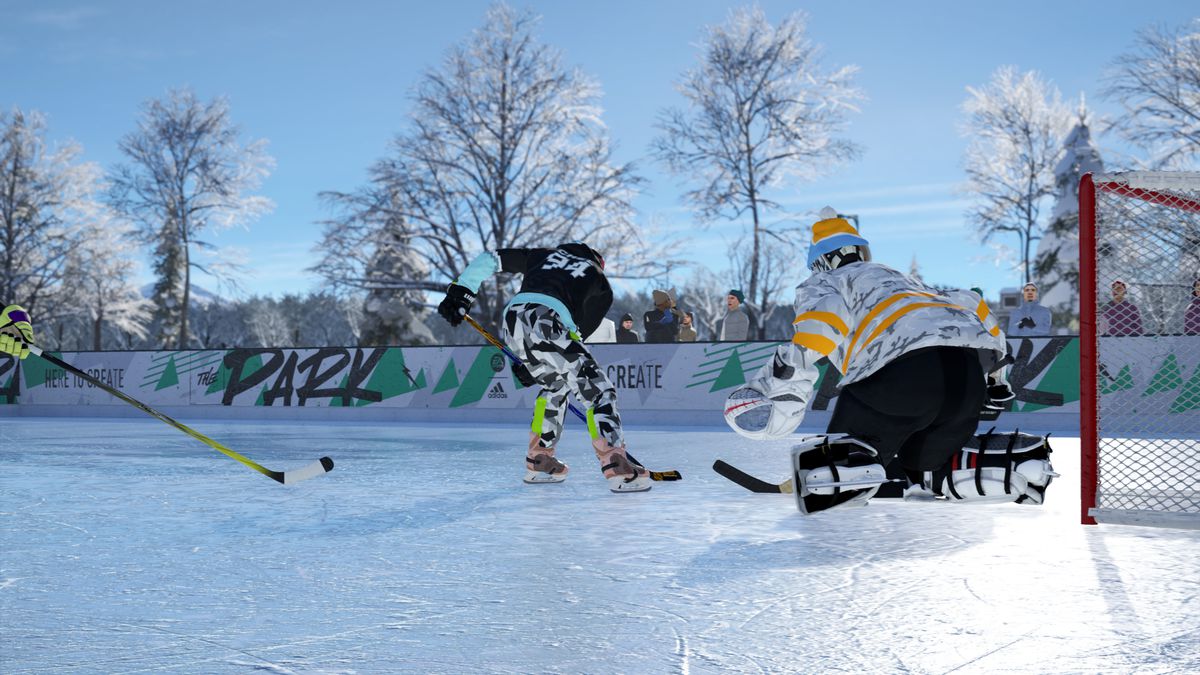 A replay of me scoring a game-winning goal at the Park, the rink for the second stage of Ones Eliminator.
EA Vancouver/Electronic Arts via Polygon

I still have a lot of fun playing Ones, but in this setup, it feels particularly demoralizing to climb the ladder only to be sent home in a later round. So far, I’ve never made it past the third. (EA Vancouver also converted NHL Threes, the arcade-style three-on-three mode, to this format for NHL 20’s World of Chel. It’s called Threes Eliminator, a three-round single-elimination tournament that features eight teams.)

Having said that, I’ve once again spent the bulk of my time playing World of Chel. That’s because my favorite mode, offline Be a Pro, hasn’t changed since NHL 19 (and it’s not like EA Vancouver gave the mode much love last year, mind you). I understand the realities of making these multifaceted games on an annual schedule — resources are limited, and it’s simply not possible for the developers to overhaul everything every year. However, Be a Pro has been sidelined for ages, and it looks even more stale in light of the experimentation we’ve seen recently in single-player career modes from Madden, FIFA, and NBA 2K.

It seems clear that World of Chel is the new future of EA’s NHL franchise, and I’m actually fine with that. The hub truly offers something for everyone — even those who aren’t interested in online competition — and its outdoor setting serves as a fun, refreshing departure from everything else in the game.

More importantly, the considerable gameplay upgrades in NHL 19 and NHL 20 pay dividends in every mode, and will continue to do so for years to come. Five years removed from the hockey series’ dreadful debut on the PlayStation 4 and Xbox One, EA Vancouver’s efforts have brought it back to a place of strength, even if it’s not quite the perennial sports game of the year contender it once was.

NHL 20 is now available on PlayStation 4 and Xbox One. The game was reviewed using a final “retail” PS4 download code provided by Electronic Arts. You can find additional information about Polygon’s ethics policy here.