Nintendo Labo VR Review: “If I was told it was magic, I would probably believe it” 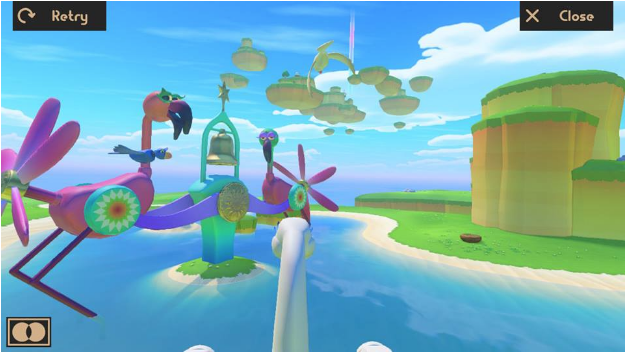 “The graphics might not be as photorealistic as some other VR technology available, but they aren’t meant to be. And with a colourful, vibrant art style and physical connection to the VR worlds, you don’t need them to be either.”

And cardboard, despite what you might think of it, is a great material to build this child-friendly VR kit with. Although it obviously looks flimsy, the finished pieces can take more punishment than you might expect thanks to care and detail Nintendo put into building each toy-con. The VR game also comes equipped with some handy hints on how to repair the cardboard as well, if the worst should happen.

That being said, I have never kept my hands as dry or my drink so far from me as I got to grips with the dozens of activities available on the Nintendo Labo VR game.

Each toy-con has its own unique experience, that feels instantly familiar to anyone who has spent time in virtual reality, while feeling as charming as ever. You might have some reservations about looking up the back of a cardboard bird, but soaring through the skies of a gorgeous little island is well worth the embarrassment.

The graphics might not be as photorealistic as some other VR technology available, but they aren’t meant to be. And with a colourful, vibrant art style and physical connection to the VR worlds, you don’t need them to be either.

For players looking for something more tactile, the physical response from the Blaster is almost unbelievable. The two games on offer for the device are either an on-rails shooter or a surprisingly fun inversion of Hungry Hippos, but playing either of them requires you to manually pump the gun like a shotgun and firing it.

Each is incredibly satisfying with amazing click and thud respectively. Despite building the device, I have no idea how the mechanism inside it works and if I was told it was magic, I would probably believe it. 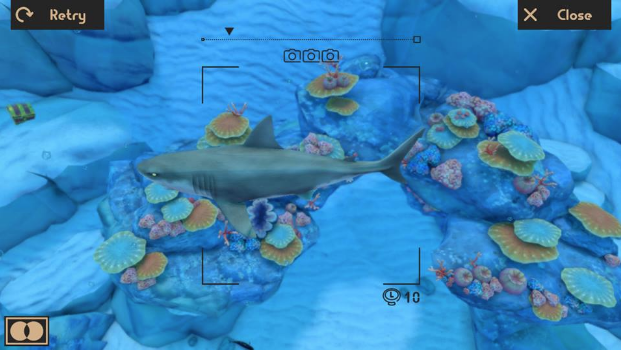 Every different cardboard creation has its own unique interaction as well, from the cameras spinning lens to the elephants flexible trunk, but none are quite as magical as the blaster. And each game uses these different forms of input in creative and unexpected ways. The elephant tool likes you complete simple physics puzzles by reaching out and exploring the 3D environment.

The camera lets you explore the depths of the ocean and feels so much like a tease for another Pokemon Snap game it’s almost heartbreaking. The windmill is perhaps the most surprising, with players able to destroy virtual blocks with the ammo created from their breath. On top of all that, Labo VR is filled with dozens of mini-games that experiment and highlight some of the features Labo VR in fun, immediately accessible ways.

Each game is so wonderfully creative, but feels unfortunately like a demo, rather than a full game. Nintendo Labo VR showcases some of the most imaginative VR worlds to date, but they don’t have any real longevity to them. After a couple of hours of each experience, you have seen more or less everything there to see. In the case of the fan pedal, building it probably takes longer than playing its game.

And with that comes another issue. The VR goggles come without a strap, and the various peripheries all have you holding the equipment, and your arms, out for the entire experience. While it’s never too heavy, it does start to stress your muscles after a while. But without a way of charging the console while playing, you’ll need to take breaks anyway.

Nintendo’s foray into VR is as creative as you would expect from the company that continues to experiment with the home console, and hopefully, this is just a taster of what possibilities lie ahead. While there is nothing like Labo VR, even with other VR peripheries, the system has a lot of work cut out for it before it becomes as engaging as its competition. But Nintendo is already thinking ahead, as both The Legend of Zelda: Breath of the Wild and Mario Odyssey will be receiving a free update to make them VR compatible at the end of the month.

The Nintendo Labo VR kit is something else. While it isn’t quite as engrossing as Wii Sports of way back when, it is a strong showcase for the sheer whimsy that Nintendo can wield when it wants too.

It might be something of a novelty rather than an immediate addition to your console library, and you might not come back to Labo VR for hours and hours, but it’s incredible toy-cons and magical games will definitely be something you show off to anyone willing to put their head in the back of a bird.

• Interacting with the toy-cons is almost unbelievably satisfying
• Building the cardboard constructions is almost as satisfying as playing with them
• The games inside showcase the potential for Nintendo’s VR future.

• Holding the headset and toy-con up can be tricky and tiresome
• With no way to charge and play at the same time, game sessions can be cut short
• While the games are fun and captivating, they are not that compelling