"Light is my sword," reads the stark gothic lettering at the beginning of every round of Nix Umbra. "Darkness shall perish." This is a game about surviving. You might last a minute, or make it to five, but the threat of a sudden and unceremonious death is constantly looming over you. However, every time the words MEMENTO MORI appear on the screen in that same gothic script, heralding your demise, the urge to start another run in this inky black void is impossible to resist.

I guess you could describe Nix Umbra as a roguelike, but it's one of those games that stubbornly defies categorisation. It's safer just to call it a horror game. Start a run and you appear in an oppressively dark forest, picking up a sword that emits a powerful light that drives the shadows away. You can only see a few feet in front of you, navigating through a maze of trees. Then shit gets weird. An ominous hum in the background grows more intense, and things start appearing in the gloom ahead.

Disembodied skulls with rictus grins whirl around your head, screeching and launching themselves at you. Spiders skitter out of the murky blackness. Sometimes it's just ghostly shapes flitting between the trees and floating in the star-speckled night sky. You can keep these creatures at bay by holding your sword in the air and unleashing the light within, but it works on a cooldown, so if you overuse it you'll probably end up dead at the hands of the many fiends lurking in the forest.

The game is presented entirely in monochrome, with a stylish lo-fi aesthetic that heightens the haunting atmosphere. It's like a scratchy ink drawing from a dusty old book of ghost stories come horribly to life. The audio design does a lot of the heavy lifting too, and I highly recommend playing with headphones. The sensation of these eerie phantoms coming at you from all sides is incredibly powerful—as is the dark, droning ambience that hangs heavy over every faltering step you take. 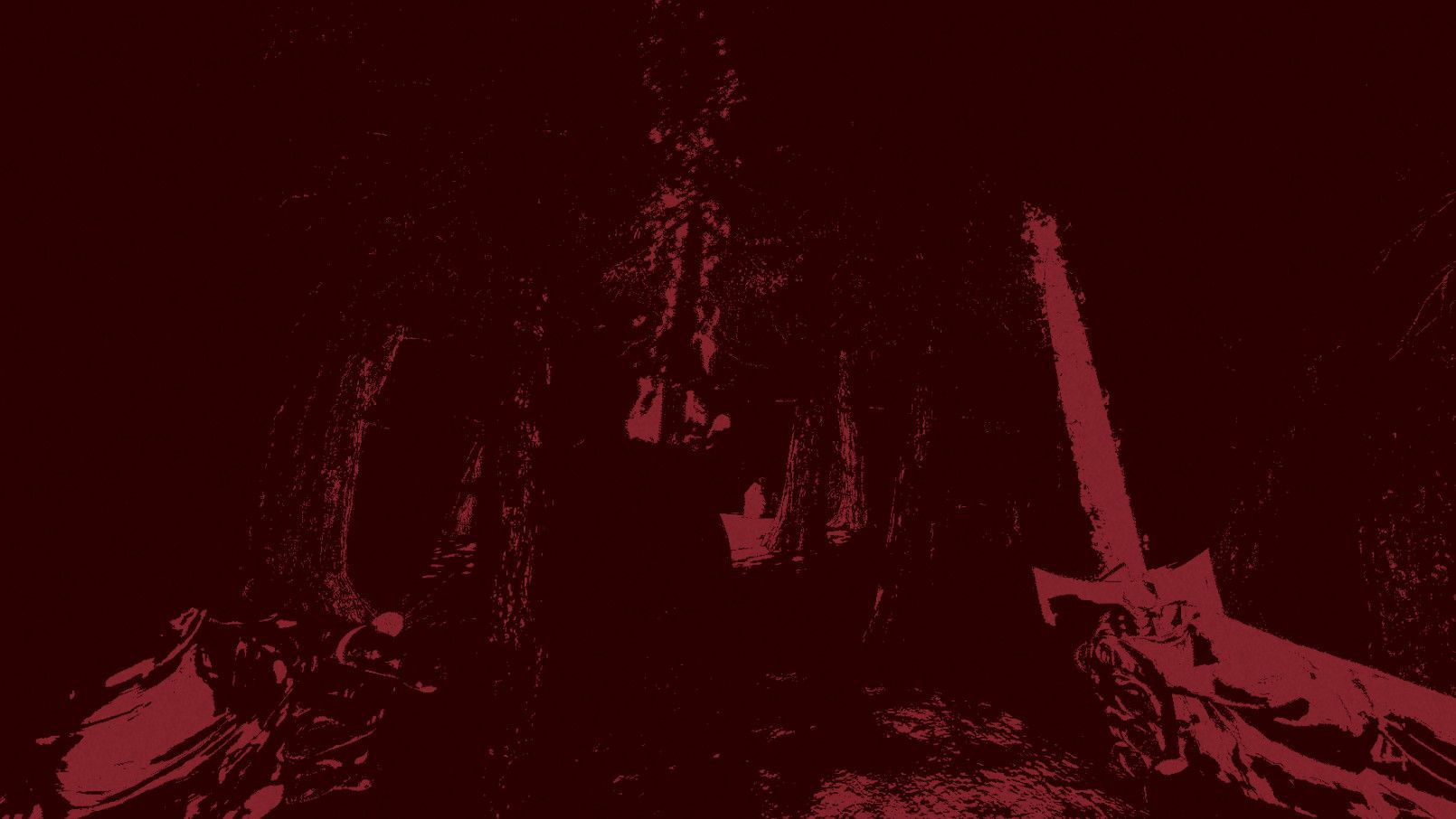 Nix Umbra is a great horror game because it remains wilfully opaque at all times. In my first few runs, I had no idea what was going on. I was running around the woods collecting floating orbs, then inevitably being mauled to death by flying skulls. But the more you play, the more a structure begins to emerge. You figure out ways to deal with seemingly unstoppable enemies, and learn tricks like eating mushrooms for a burst of speed. You'll die a lot, but with every attempt you survive just a little longer.

I won't say any more, because it's clear this game has been designed with discovery in mind. It wants you to fumble hopelessly in the dark to try and make sense of it. But with every new discovery, a fresh mystery takes its place. I still have no idea what's going on half the time, which adds to its gnawing, unknowable horror. This genre is always scariest, in any medium, when you don't have all the answers—and this is an entire game built around that idea. I've never played anything like it.

Nix Umbra is available now on Steam. It's only around $10, and while it won't appeal to everyone, it's well worth taking a gamble on if you like challenging, experimental horror games.