Picture this: It’s a perfectly sunny day in Whiterun. Everyone is going about their business at the market. You see the blacksmith outside, peacefully hammering away. All is well, and it seems to be the ideal day in Skyrim. But suddenly, epic battle music begins blaring! You don’t see the threat yet, but you can hear its roar. The people around you burst into a frenzy. The Whiterun guards are all pulling out their bows and shooting into the sky. “Dragon!” they scream. This moment is built up to be one of the most epic moments in the game. The dragon is ready to obliterate everyone and everything with his remarkable power. And what do you do in this exhilarating moment?

You groan, heavily roll your eyes, and say, “great, this again.”

The first few times I encountered a dragon in Skyrim, it was one of the most nerve-racking but coolest experiences. The music got me pumped, and I was so on edge trying to make sure I didn’t die. Dragons were received exactly the way they were intended to be. But after only a few hours of gameplay, Skyrim dragons graduate from Epic, Powerful Enemy to Irritating Nuisance. While the music and storyline both support the idea that dragons are supposed to be some of Skyrim’s most intimidating enemies, these poor creatures evoke nothing but annoyance from players who’ve touched the main storyline.

It’s not surprising that they show up so often; they’re desperately trying to prove their worth. If your sole purpose is to be a terrifying powerhouse but the reaction from the Dragonborn is to run away because they “have more important things to do,” it’s no wonder they follow your character everywhere. The desperate cry for recognition from Skyrim dragons has become a trademark of the game, and I cannot decide if that’s depressing or hilarious. 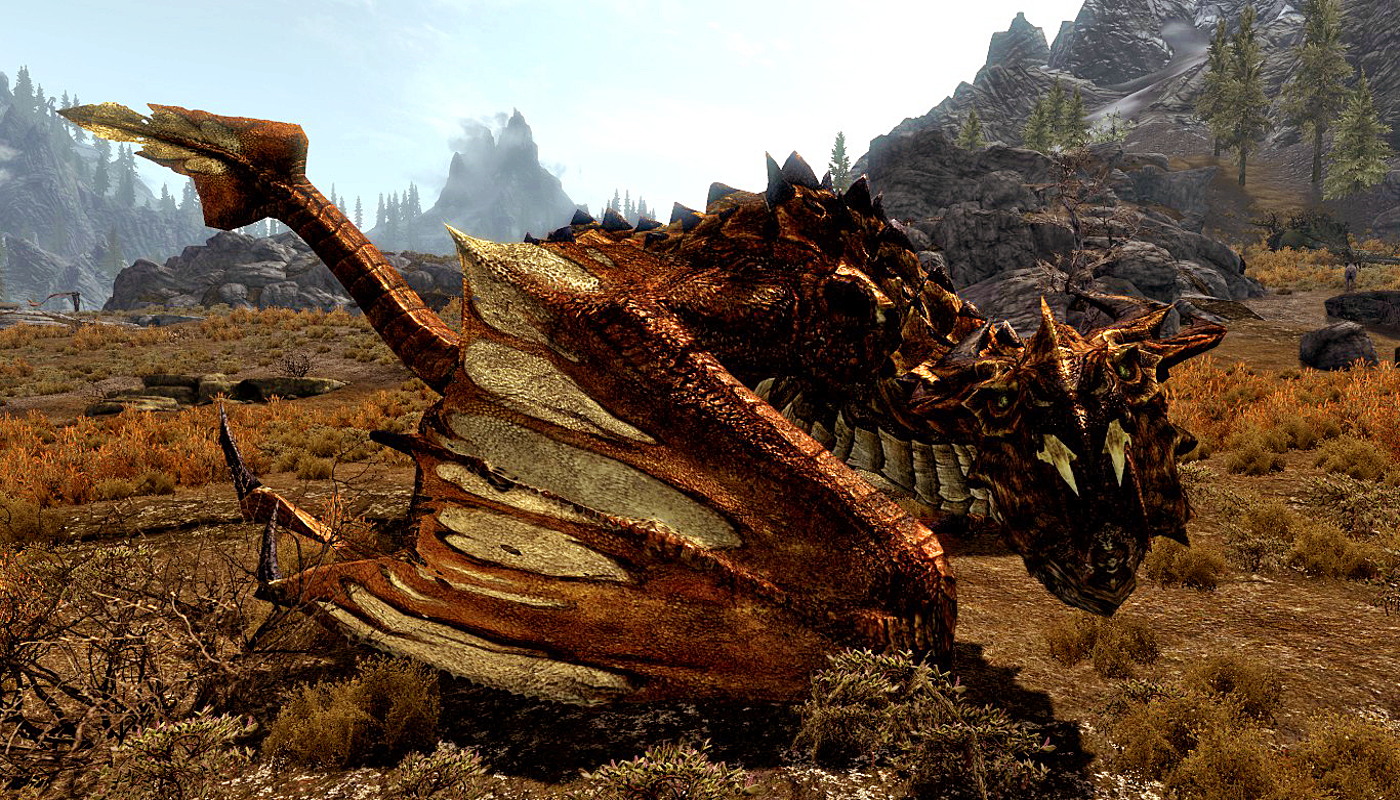 In seriousness though, dragons have managed to somehow become the best and worst part of Skyrim simultaneously. While we’ve gone over how annoying they can be, they are still entirely necessary to the main plot. And even if you have zero intention of completing the main storyline on a playthrough, most players still like to take advantage of using shouts. No dragons, no shouts.

But more than just being a necessary part of the story, dragons also bring a feel that I love to playing Skyrim. Would it really feel the same to play through the game without dragon encounters? I imagine it would be great for a while. But eventually, you’re going to look up at the sky and think, “It’s been a while since I’ve seen a dragon.”

Think of it this way—if you’ve ever lost someone close to you, you know that all their quirks you used to find annoying end up becoming some of the traits you miss the most. I try to keep this in mind while I play Skyrim. Without dragon encounters, I would start missing that epic music and feeling like a hero after I put them down. But damn is it difficult sometimes to give myself that reminder…

So, here’s to all the Skyrim dragons who thought they were created to be badasses, only to be ignored or sneered at by the Dragonborn. It must be rough to think you’re an epic being, only to be constantly reminded that you’re predominantly an inconsequential pest.