Outer Wilds is Polygon’s 2019 Game of the Year

Games have long fixated on humanity’s quest to play colonist, conqueror, or anthropologist, learning about and usually seeking to control everything beyond our own horizons.

But Outer Wilds delivers one of the most ambitious tales of discovery I’ve ever seen in gaming, without a focus on violence or domination. It’s a triumph that we at Polygon are happy to declare our game of the year for 2019.

(And, as a quick note, this write-up will remain spoiler-free, as I want more people to find all these fantastic discoveries on their own.) 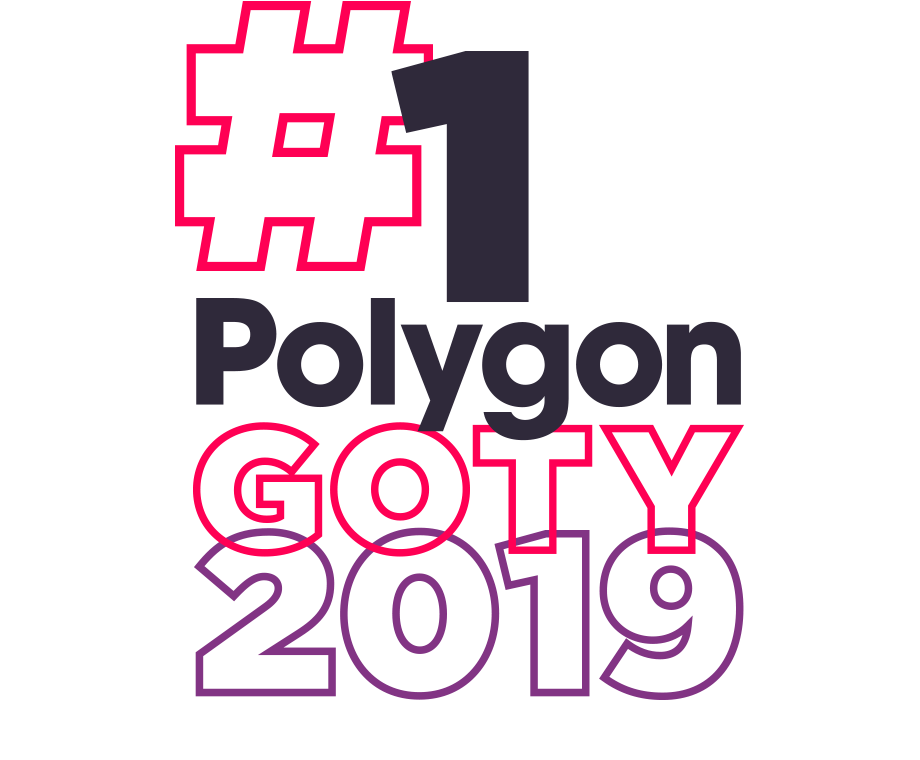 For our 2019 guide to the best games of the year, Polygon has been counting down our top 5 each weekday, ending with our top choice as well as the full list of our top 50 favorites from 2019. And throughout the month, we’ll be looking back on the year with special videos, essays, and surprises!

Blast off with the Outer Wilds Space Program

Outer Wilds is the story of a technologically primitive alien species, called Hearthians, situated on the outer edge of the known universe. The Hearthians live in what feels like a diorama-sized solar system, easily navigable by their simple wooden (!!) spaceships. The first generation of explorers has already pored over these planets once, returning with scavenged technology from the long-dead Nomai, the galaxy’s previous inhabitants. Now I must go on my first launch as a fledgling pilot, equipped with the first Nomai-to-Hearthian text translator, to hopefully finally understand why this technologically advanced race died out. The mission isn’t about controlling anyone or collecting anything, but understanding. Understanding what happened, and why. And maybe learning how to keep the same fate from happening to my people. 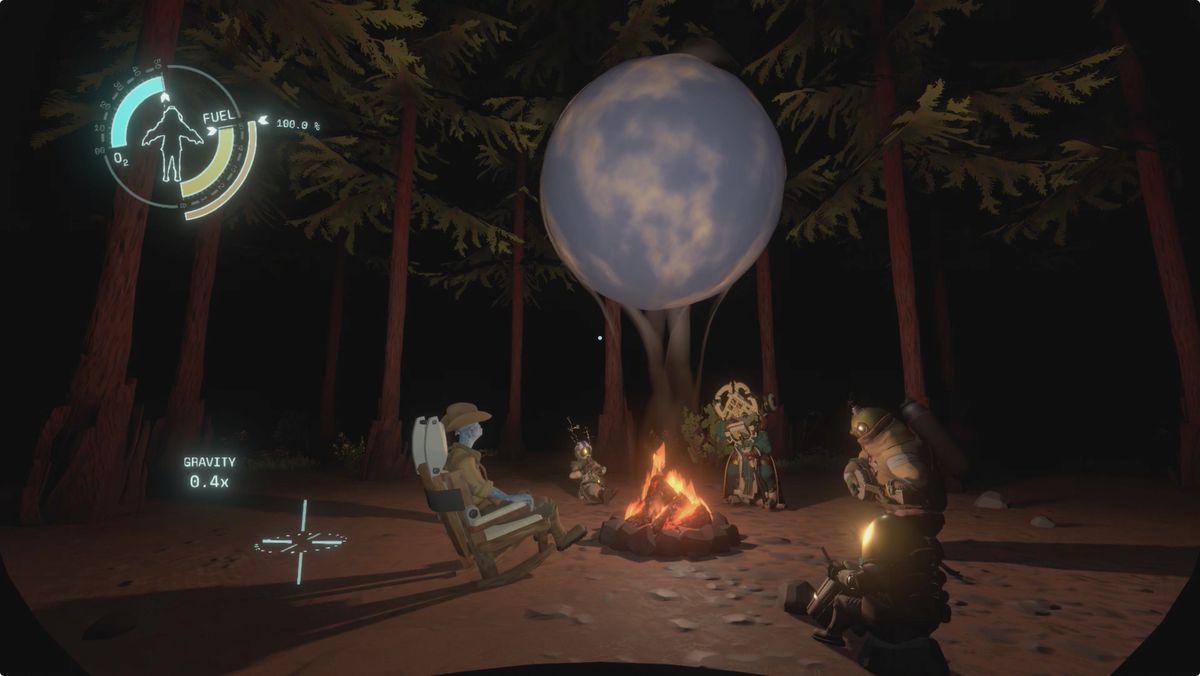 Surviving 22 minutes after that first launch is a challenge; the solar system is loaded with death-trap planets. It’s then that I’m treated to Outer Wilds’ first twist: a time loop that replays all of my memories in reverse order, before jolting me back to life next to a campfire — the same campfire I awoke next to at the start of the game. I’ll live, die, and repeat in a few interesting, random, or disastrous ways before figuring out what exactly is killing me at the end of each cycle.

From the first death, and the many, many subsequent deaths, I gain knowledge about the tiny solar system. There’s no way to visit all the planets in one 22-minute loop before resetting, so each run must be focused on achieving some set objective, or trying to solve a single puzzle in order to learn something new about the galaxy’s larger mystery. 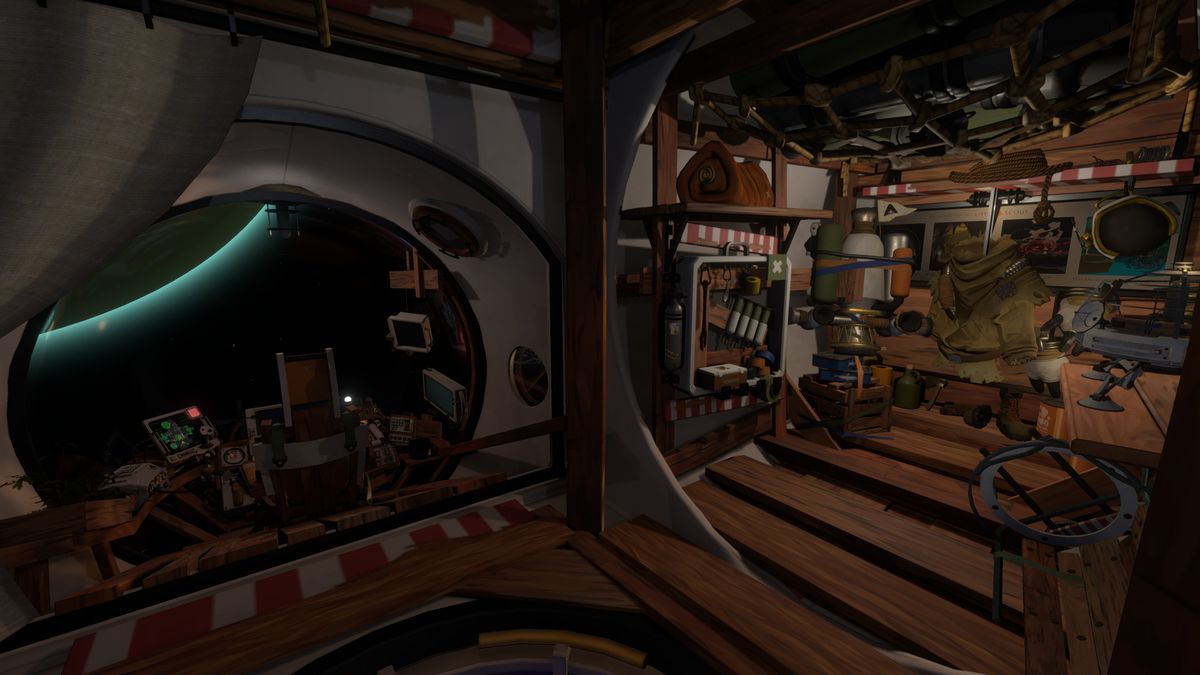 You’re only armed with a little extra knowledge as you launch your ship over and over and over into space. It could be a simple experience that teaches you an important lesson, like “don’t get so excited to get to your destination you that leave your ship without a spacesuit!” These mistakes are sometimes, maybe usually, your own fault, such as the time I learned about the dangers of plotting a straight-line course in space. My autopilot was all too happy to follow my instructions … which took me straight through the sun I didn’t notice was between point A and point B.

There are bigger lessons, too. The only way to learn the Nomai’s fate is to understand the techniques for navigating the galaxy’s biggest mysteries. Outer Wilds will teach you some of the concepts behind quantum physics, for example, and you’ll need to apply them appropriately to unlock further mysteries. Other things to learn may involve overcoming your fears of gigantic, monstrous beasts. And it’s crucial to master flying the rickety wooden ship. I formed a close bond with my spacecraft after crashing it over and over, and despite that, it was always ready to help keep me safe on my next 22-minute run.

And it’s this loop where Outer Wilds feels like it’s learned so much from other games of this decade: roguelikes, nonlinear MMOs, and even battle royale games have clearly informed its design. Saying anything else may give away too much, which is another reason Outer Wilds is somewhat frustrating to write about.

Each planet contains enough secrets to fill several visits, but the time loop’s limited window short-circuits any sense of aimlessness. If you don’t know what you want to get done, you risk running out of time to get anything done. And that pressure builds when you realize that nothing in the solar system stays the same, even for just 22 minutes.

If you do want to sit idly by during a loop, you may be rewarded by seeing a mystery uncovered as sand flows from one planet to another entangled in a shared orbit. Sometimes, doing nothing has its own impact on the solar system, in other words. But this also means you may have to race to a destination before its state changes in such a way as to make your current goal impossible. It’s all connected, and the loop never changes … at least not until you step in, and the results for doing so can be unpredictable. Either way, you’re never more than a few minutes away from everything being put back together, even if you cause a calamity.

Outer Wilds became a GOTY contender by trusting the player

Outer Wilds’ narrative is delivered in drips across each planet. You may discover recent Hearthian documents — star charts, journals — alongside curlicues of ancient back-and-forth between the Nomai scribbled on scrolls and walls. The former is obsessed with myths and legends about the latter, while the Nomai are chasing a great, mysterious force across the galaxy. It’s only by piecing together the game’s mechanics, the Nomai’s findings, and the Hearthians’ current observations that I’m able to truly grasp what is going on, and even then, Outer Wilds withholds key information until I am able to discover it for myself.

As I learn more about, well, everything around me, I’m exposed to some of the greatest wonders of science fiction. My stomach damn near left my body the first time I fell, feet kicking, through a black hole. Or when my ship was catapulted through the atmosphere by a terrifying waterspout. Or when I accidentally tinkered with ancient alien technology long enough to unexpectedly warp to another planet’s surface, not knowing where I was, or why someone would want to travel to that location instantly. So many discoveries and surprises answer my old questions, while unfolding an additional layer of hidden secrets beneath.

Outer Wilds delivers so many moments that are beautiful and perfect, even though I only want to hint at most of them. Even when I thought I’d pieced together the Nomai’s fate, or understood why I was stuck in this interstellar Groundhog Day, Outer Wilds still hadn’t showed me all its secrets. My jaw didn’t just drop while playing Outer Wilds — in some sections, it felt like it may have just stayed on the floor permanently. 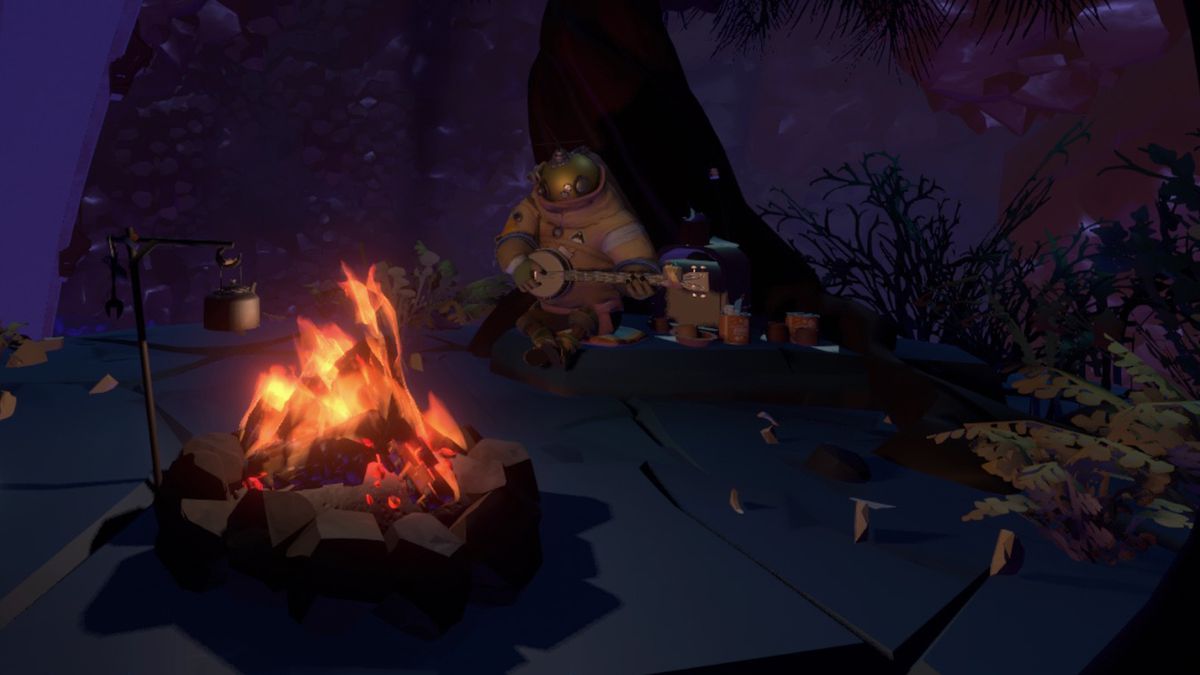 The game’s coda is built upon all of your discoveries, making this a harrowing journey followed by a haunting masterpiece of an ending. I watched it again on YouTube before sitting down to write this, and I’m not ashamed to say I cried a second time. But don’t do yourself the disservice of seeing the ending before playing the game itself. The journey is more than the destination, and it gives the story’s resolution so much more weight.

Outer Wilds’ final revelations left a mark that will be on my soul much longer than any game of the year discussions, one that pulls at me every time I hear its simple, enthralling theme music. I could play again, in fact, and start over while sitting next to that fire, ready to go into space for the “first” time. The game would be the same, of course; it hasn’t changed since the first time I’ve played it.