It was finally my turn to Dungeon Master for the group of friends that have been playing Dungeons & Dragons since the start of the pandemic. Some of them had never played any tabletop RPG before the pandemic started; others had only ever played D&D, but done so for years. I said, “oh sure, I can do that. But it will cost you.”

There was a shuddering wave as fear swept through them. There was resistance to my idea. But in the end, there was fun to be had. I gave my players a choice of four different tabletop RPGs I’d be willing to run for them, and none of them were D&D. “This doesn’t mean we’ll never play D&D again,” I said. “It just means we won’t be playing it right now.” Then I had them rank their choices.

I wanted to broaden their horizons. I wanted to stretch my game mastering muscles. I wanted to play Blades In The Dark, but make it seem like they had a choice about it.

The first game on that list was Paizo’s Pathfinder Second Edition. It was certainly the most D&D-esque of all the options, and that’s before you even know the history of the first edition of Pathfinder, which I will not get into here. Pathfinder 2e has a lot going for it, including many improvements over D&D. In the end, this was what my players chose, and I’ll repeat here what I pitched to them. 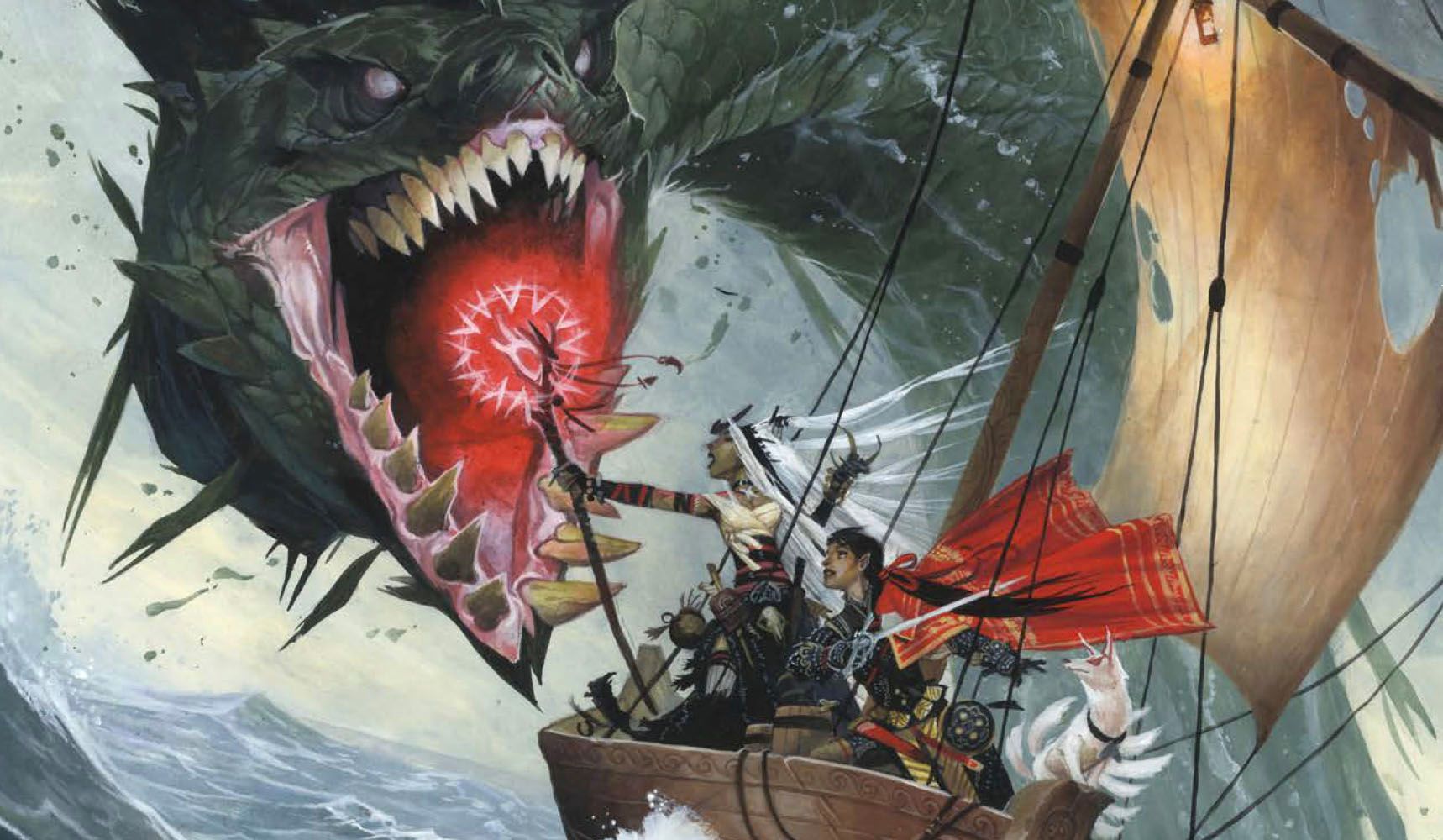 You play Pathfinder Second Edition if you want customizability at every step of character creation and levelling up.

And this doesn’t just apply to the classes people choose to play as, which in both systems determine the majority of PC’s capabilities in and out of combat. As characters level up, they customize their ancestry, as well – first choosing a specific heritage from a variety of choices, and then at certain levels choosing yet more feats that determine exactly how dwarf-y is your dwarf. You even choose feats for skills you’re trained in. The point is that Pathfinder 2e is all about choices, and even two dwarven clerics in the same party won’t end up alike. Probably. 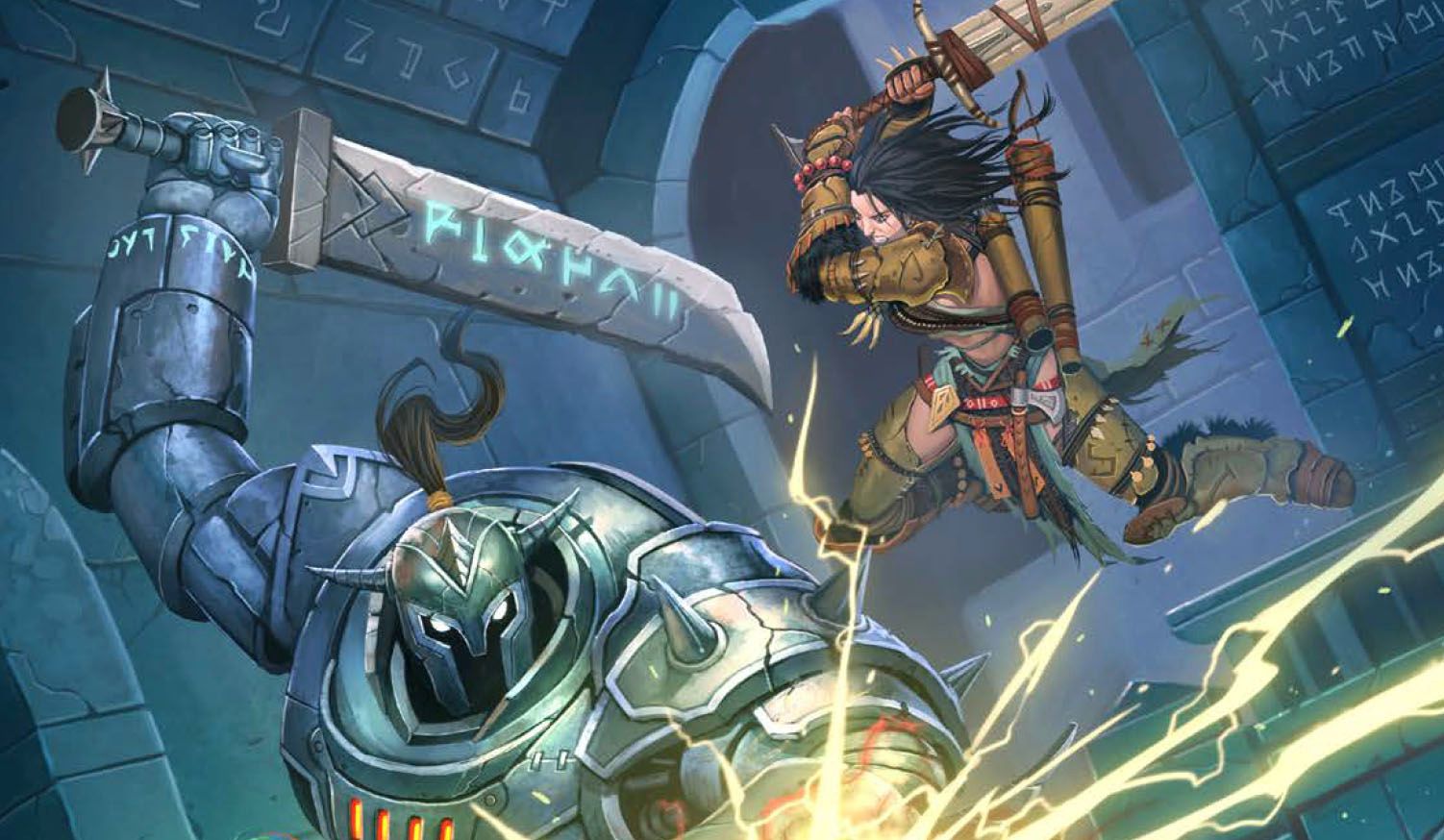 You play Pathfinder Second Edition if you want a more tactical encounter, with more choices for non-spellcasters.

Pathfinder 2e’s encounters use a three-action turn. On their turn, each character or NPC gets three actions, and most anything you can do in the game is defined as an action.

Swing your sword? That’s a strike action. Move into range? That’s a stride action. Raise your shield? That’s an action. Shove, trip, or disarm an opponent? Those are actions. Use your intimidation skill to shout hurtful things at an enemy who probably doesn’t understand you? That’s an action. Cast a spell? That’s – well, that’s usually two actions, actually, with some exceptions. But you get the idea.

It’s a simple system to grok, perhaps simpler than “movement, action, and bonus action,” but not necessarily easy to master – that would require memorizing every possible action your character can do.

You play Pathfinder Second Edition if you’re tired of “nothing happens.”

Let’s put it the medium way: for most rolls, such as saving throws, these states basically amount to how much damage is taken or dealt, from double damage all the way to no damage. However, many abilities and spells have effects even when the target succeeds, but doesn’t critically succeed, their saving throw; a character who is subject to a spell (or a nasty bite) may still find themselves slowed down, even if they shrugged off the outright paralysis.

Binary pass/fail systems can be… demoralizing, especially to new players excited to take on the roles of powerful wizards and witches. “I cast Entity From Beyond Space Enters Your Mind And Tears It Apart,” someone might say. “Nothing happens,” replies the GM. Not so in Pathfinder. Prepare to get your mind torn up. 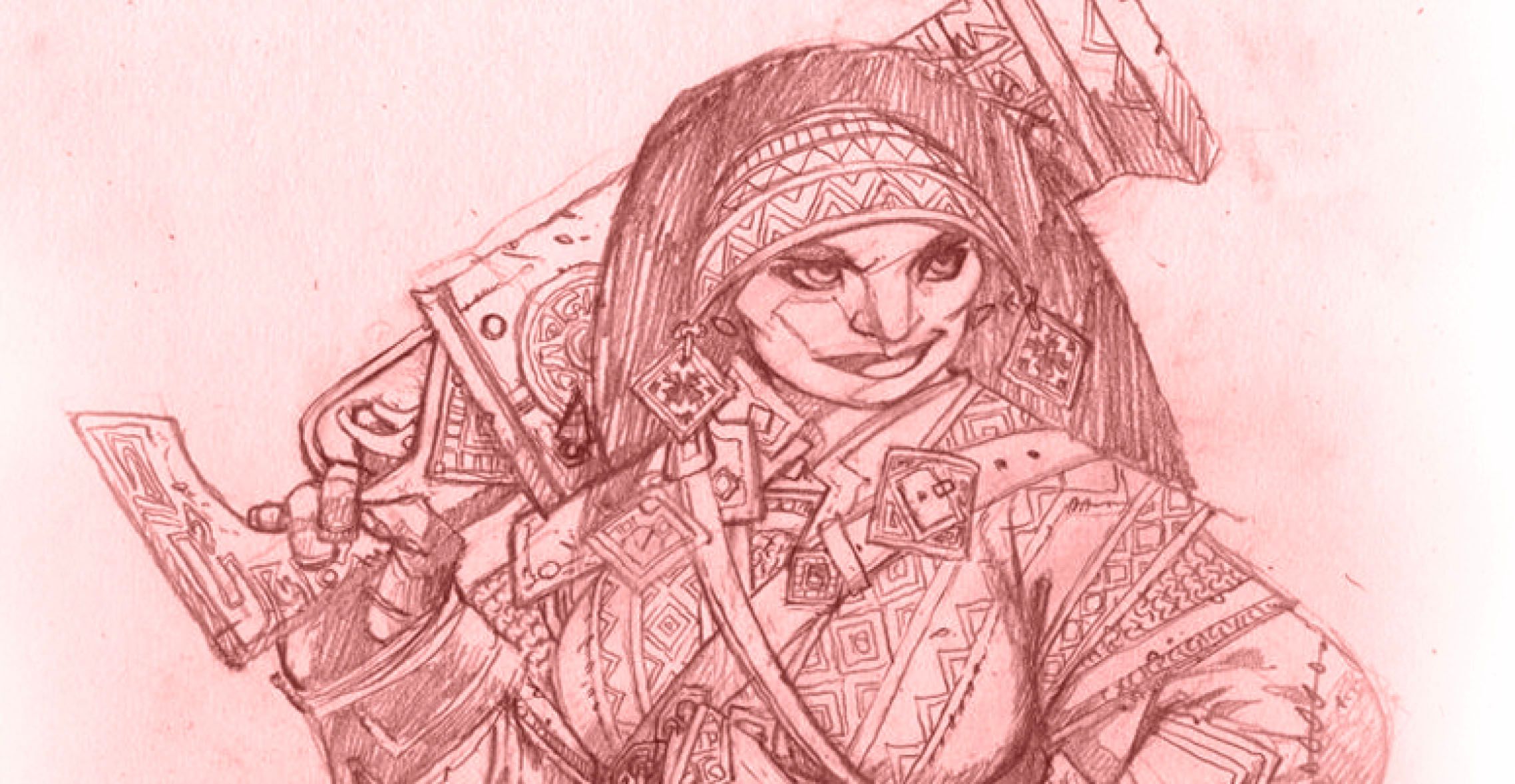 Though Pathfinder 2e is a younger game than Dungeons & Dragons Fifth Edition, it is catching up quickly in terms of new content. Four new classes have already been added to the game since its launch, and four more at least are on their way this year. The lore books and players’ guides are filled with new ancestries to play with, from Leshy (awakened plant-folk) to Shoonies (dog-faced humanoids) to the usual suspects – your goblins, your kobolds, your orcs, your dwarves.

Pathfinder 2e may be a step more complex than D&D, with lists of possible actions to memorize and a sometimes painfully slow character creation, but it is also familiar. Yes, you use the full suite of roleplaying dice. Yes, you can still be an elf wizard or a dwarf cleric, and you’re still exploring ancient ruins and nefarious dungeons. You still roll initiative to determine turn order in encounters (oh, I didn’t even talk about how flexible initiative in Pathfinder 2e!), and then you move up and chop the goblin in half with an attack roll.

This is still your typical combat-focused fantasy roleplaying game. Just with enough tweaks to give players a taste of what else is out there, and enough customizability that they never feel like they’re playing the same character as anyone else.

READ NEXT: New Pathfinder Class Lets You Throw A Weapon And Shoot It To Make It Return

Patrick Sklar is the Managing Editor at TheGamer.

He’s written previously for Screen Rant, Comic Book Resources, and The Escapist, among others, and has edited a handful of sci-fi literary journals. He is a graduate of John Abbott College’s Liberal Arts program.

Patrick is a reader, writer, editor, and game-player based in Montreal, Canada. He’s been an egg flipper, casino banker, bookseller, honest-to-god telephone sanitizer, and now works as an editor for Valnet, Inc. His passion for language inevitably led him to a career of telling people when they’re doing it wrong.

His favourite games include Netrunner (a two-player, asymmetrical, cyberpunk, heist competitive card game wherein one player plays the hacker, or Runner, and the other is a Corporation trying to keep its servers secure), World Of Goo, Mass Effect 2, Metroid Prime, and Donkey Kong Country 2.