Pokemon the Movie: I Choose You Neutered Ash’s Origin Story

Welcome back to Pokemon Movies in Review, a weekly recap of the entire Pokemon cinematic universe. This week we’re revisiting Pokemon the Movie: I Choose You, the 20th film in the series and the first in the reboot, alternate universe continuity. I Choose You is an accelerated retelling of Ash’s journey through the Kanto region that covers many of the same story beats from the first season of the TV series, including bonding with Pikachu, rescuing Charizard, and releasing Butterfree. While reboots are often an opportunity to wipe the slate so new viewers feel less intimidated by complex continuity, I Choose You is more of a greatest hits story that caters to adults and OG Pokemon fans. While it breaks from Pokemon movie traditions in many ways, I Choose You is yet another story about the power of friendship and how important it is to respect your Pokemon. For better or worse, I Choose You was the beginning of the Pokemon nostalgia tour that has continued throughout 2021 and beyond.

I Choose You begins just like the identically named pilot episode of the anime series with Ash waking up late to meet Professor Oak and receive his first Pokemon. By the time he arrives, only the disagreeable Pikachu is left. Pikachu is briefly hostile to Ash until the pair are attacked by a swarm of Spearow on their way to Viridian City. Pikachu sees that Ash is willing to sacrifice himself to protect it, and the two become best pals right away.

Throughout the movie, Ash encounters many of the same Pokemon and storylines from the TV show, but they’re all resolved just as quickly. He rescues a Charmander who had been abandoned in the rain by its trainer, just as he did on the show. In the movie, Charmander has a condensed storyline that dramatically changes its relationship with Ash. It still evolves into Charmeleon and Charizard, but this time it doesn’t disobey Ash. In the original series, Charmander evolved too quickly and became uncooperative because Ash was too obsessed with becoming stronger. In I Choose You, Ash has a moment after Charmeleon loses a battle to its former trainer where he wonders if he should have just let Pikachu fight instead. After spending a night alone in the woods consumed with nightmares about a world without Pokemon, Ash realizes his priorities were out of order and gets over his lust for power without a second thought. Charmeleon quickly evolves into Charizard and helps Ash defeat his rival at the film’s climax, inverting the Pokemon’s original purpose as a symbol for Ash’s weakness and instead becoming that of his strength.

I Choose You does this kind of thing frequently. By mythologizing Ash’s story and condensing every arc, so much of the context and meaning gets lost. Unlike the original Ash, this one begins his journey with confidence and tons of knowledge about Pokemon – he never even uses a Pokedex once. The lesson he learns about respecting his Pokemon happens at the midway point and without much conflict. Instead of needing to make mistakes and grow as a trainer like he did in the original series, Ash is idealized here. Even when he releases his Butterfree so it can migrate and be with its own kind, the decision doesn’t seem to weigh on Ash or cause him any grief. He knows it's the right thing to do, so he does it. Watching I Choose You is like watching clips of the anime and fast-forwarding through all of the conflict and character growth.

Thankfully, the movie isn’t just a straightforward rehash of the TV series. Things take an interesting twist when Ash finds a Ho-Oh feather just after the Spearow attack. In the anime, Ash continues on to the Viridian Pokemon Center to heal Pikachu, but in the movie he finds the feather and Pikachu is instantly healed. Because he doesn’t need to race to Viridian City, he never breaks Misty’s bike and he never meets Brock. Finding the feather sets Ash on a different course to find and befriend Ho-Oh. He makes friends with different people and has a different rival all because he found the feather. I Choose You is like Pokemon’s What If…? Making this yet another example of Pokemon movies crossing-over with the MCU.

I Choose You also gets pretty dark. One of Ash’s companions, Sorrel, has trouble getting close to Pokemon because of a traumatic event that happened when he was very young. Sorrel’s parents were gone a lot and he was left in the care of a Luxray. One day, Sorrel left the house to play in the snow and got lost. Luxray found him out in the woods and curled up next to him to keep him warm. In the morning, Sorrel woke up and Luxray had frozen to death. The Luxray’s frozen corpse is seen smiling contentedly as the young Sorrel screams in horror.

Then there’s the battle between Chameleon and Incineroar, which is one of the most brutal Pokemon battles I’ve ever seen. Charmeleon gets thrashed so thoroughly by Incineroar that it seems unlikely it will survive. WIth its final blow, Incineroar sends Charmeleon hurtling through a brick wall where it lays twitching in a field behind the battle court. Ash also dies briefly in the final battle, which has happened a few other times, but his death is drawn out and dramatized here like never before. We even see him in the afterlife briefly before Ho-Oh brings him back.

Marvel’s Ultimate Universe did away with decades of continuity in order to tell streamlined superhero stories that new fans could get into with little to no friction. I don’t think I Choose You is the same kind of reboot though. Charizard and Butterfree’s storylines don’t have any weight in this movie without the context of the original series, and Ash isn’t nearly as well-developed here, even by Pokemon standards. This is meant to be a walk down memory lane for older Pokemon fans like me, and some of the more brutal aspects – like the dead Luxray and the Charmeleon fight – are meant to add a bit of maturity to the series.

In that context, I Choose You is a perfectly fine way to celebrate the 20th anniversary of the series. It finally pays off the Ho-Oh storyline that the anime abandoned, and it establishes a new continuity that future movies will, hopefully, continue on from. It can never replace the Indigo League storyline though, and I think trying to blaze through so many of the beats from the original series was a mistake. I Choose You lives in the shadow of Bye Bye Butterfree, and that’s a shame.

I have a few more stray thoughts about I Choose You:

– Pikachu talks in this movie. When Ash is dying, he asks Pikachu why it won’t just get in its Poke Ball so it will be safe. Pikachu says, in English, “It’s because I always want to be with you.” This could be a hallucination, but it’s still the worst thing that’s ever happened to Pokemon.

– I didn’t get into the plot with Marshadow too much, but the movie doesn’t even give the climax time to develop. This is another example of a Pokemon movie with no real villain.

– I Choose You is meandering and largely plotless for the first half of the movie, which I found refreshing. I’d love to see a Pokemon movie where Ash just goes around having battles and catching Pokemon without any big world-ending fight at the end.

– Team Rocket does nothing in this one, in case you’re keeping track. I’m now positive that the only good Pokemon movies are the ones where Team Rocket gets their hands dirty.

Next week’s movie is the direct sequel to I Choose You called The Power Of Us, which introduced Sun & Moon’s best Mythical, Zeraora. 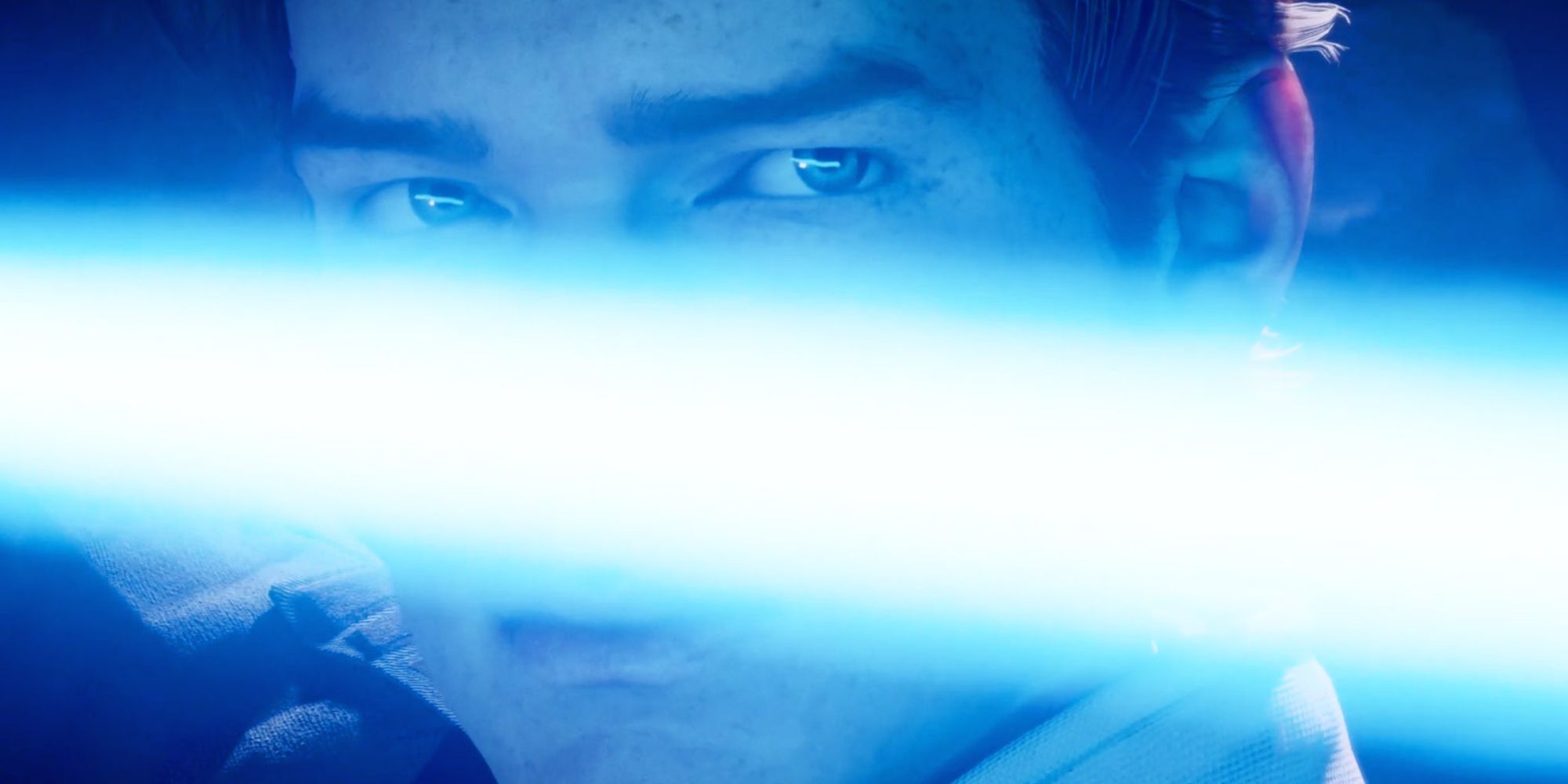