Sniper Elite V2 Remastered Switch Review: Does the scope of a 2012 game hold up today? 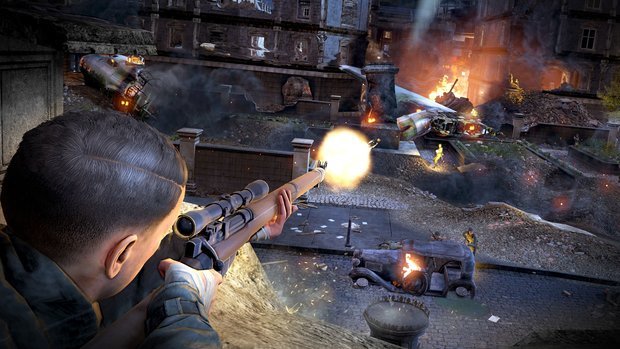 Karl, our gravelly protagonist, is well-voiced, narrating each mission debrief and cutscene, but the game will unapologetically switch back to him during cutscenes, even if you’re playing as someone else.

The playable characters have no discernible gameplay differences, so their addition to the remaster feels slightly gratuitous. You also have access to a variety of rifles to choose from, but them all being unlocked from the beginning robs you of any sense of progression.

Don’t get me wrong, I was grateful of the choice, and different levels favour greater magnification or a larger magazine size, but some rifles vastly outperform others.

Once I tried the Gewehr, I never found a reason to use anything else; most of the other snipers felt like a significant downgrade. Some of these rifles are tied to missions, but the lack of progression fed into the feeling that Sniper Elite V2 Remastered is a shallow experience.

This is somewhat atoned for by the inclusion of the game’s DLC missions, which extends the offering by a few hours. Perhaps the best addition to Sniper Elite V2 Remastered, however, is the Photo Mode.

We aren’t too accustomed to having a photo mode to play about with on Switch titles, and though it’s not going to make up for the gameplay in anyway, the ability to mess around with the camera and soak in the scenery is enough to provide more vital minutes of entertainment value. 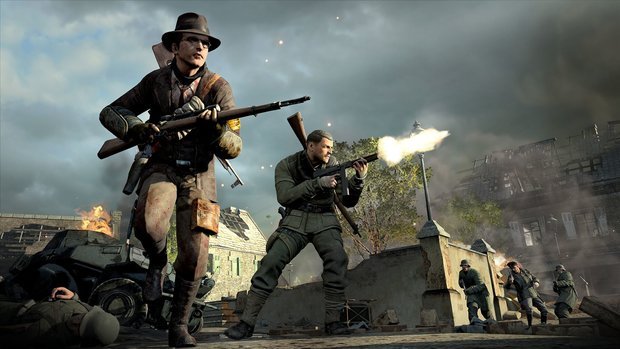 There are hidden collectibles to be found throughout the campaign, too, though these are predictably strewn about each level, providing only a negligible boost to replay value.

Finding a gold bar sitting in the toilet of a bombed-out German house doesn’t exactly instil satisfaction for savvy exploration, it makes me feel like I’m doing needless busy work.

Beyond that, there’s a handful of survival missions and challenges, but these don’t seem to deviate far from the gameplay loop of the main campaign. The saving grace of these auxiliary missions is the option to play them in local or online co-op – ideal on the Switch.

Though it’s good to see that there is online multiplayer this time around, Nintendo has got the shorter end of the stick with a smaller 8-person limit to lobby size, where other platforms allow up to 16. The lack of cross-platform play is more likely to be the nail in the coffin, however, as the Switch servers will inevitably struggle to maintain an active playerbase.

There is a host of cooperative missions and modes online, so there should be something for everyone once you get into a lobby (provided you can find a match!) 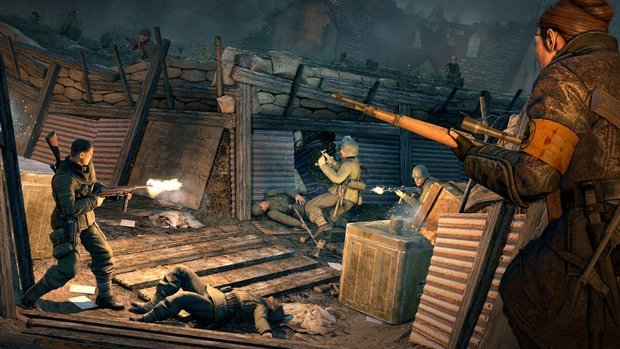 Sniper Elite V2 Remastered is a tough game to score. On one hand, it’s one of the prettiest, most realistic titles the Switch has, and the slow-motion shots have a surprisingly rewarding tactile feel.

Despite these high points, the rest of the game is extremely average, packed with throwaway collectibles and filler game modes that can’t hide the cumbersome cover shooter that lurks beneath.

In the end, the gloom outweighs the glitter and though Sniper Elite V2 Remastered is a nice title to see on the Switch, it’s certainly not an essential one.