Timi Studios, I have made this pun before and yet I feel obliged to use it again: Decidu-why? With 898 known Pokemon in existence and at least three more set to join the series’ ever growing roster in January’s Legends: Arceus, it is still bonkers to me that you decided to put a sweaty little squirrel in your game instead of literally anything else. Lucario? Sound. Garchomp? Great! Absol? Someone call DJ Sammy, I think I’m in heaven.

Greedent, though? Cramorant? Crustle? Mr. Mime? Eldegoss? It’s like the developers have never even played a Pokemon game.

Admittedly, the recently added Decidueye isn't the worst offender of the bunch. Its Grass/Ghost typing is shared with five other Pokemon and is therefore not quite as unique as people make it out to be, but it’s still pretty cool. On top of that, Rowlet is a bird in a bowtie. I resent Dartrix with every fiber of my being, but forms one and three of the Decidueye evolutionary line are great – they’re just not good picks for Unite. 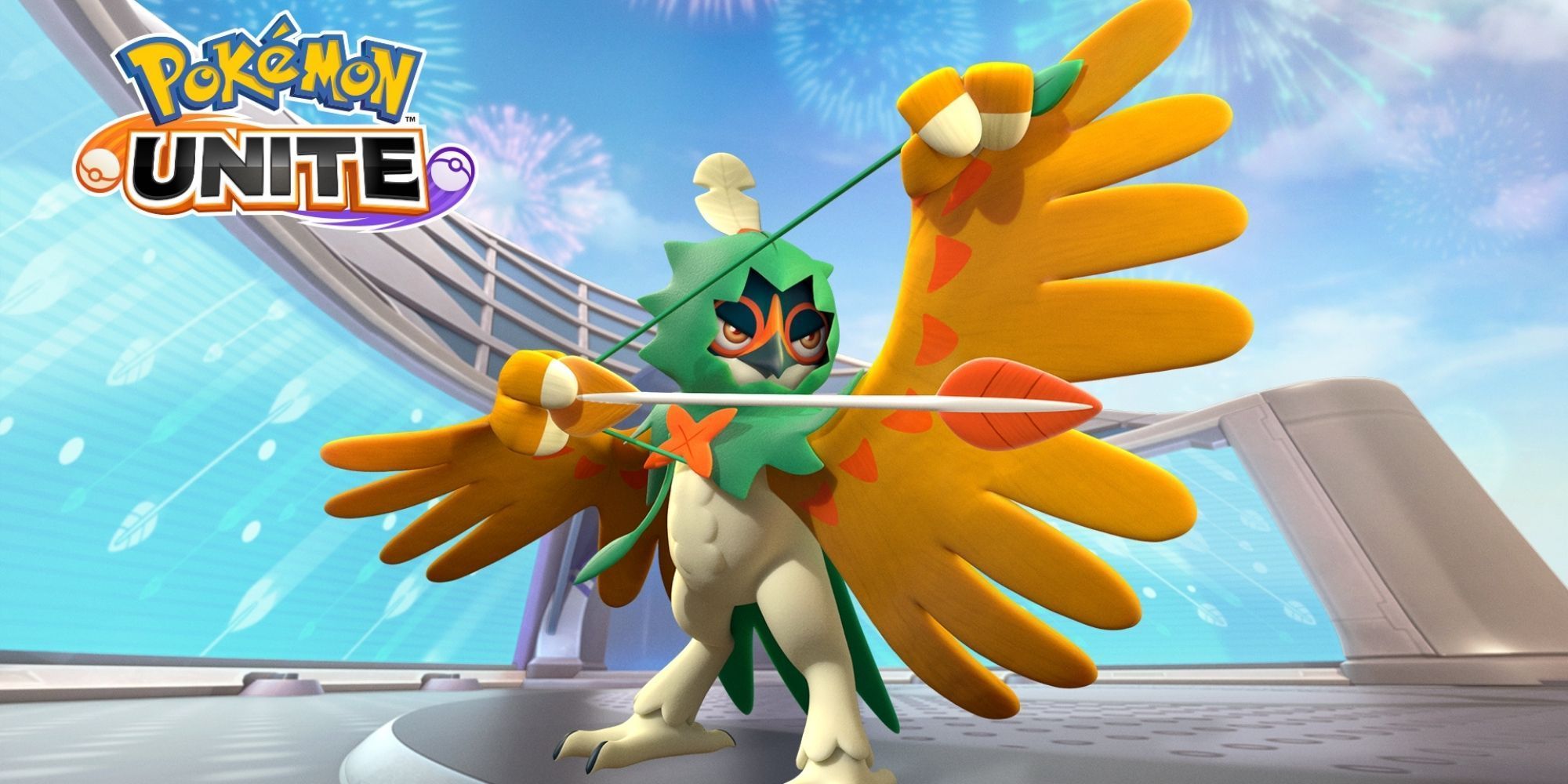 That’s the main issue with Pokemon Unite’s lineup at the moment. While it’s an excellent game that I’ve already pumped an embarrassing amount of hours into, I’ve found myself falling off it a bit lately. On top of being booted out of Master rank for no reason at the start of season two, an influx of extortionate $40 skins, and a factory line rollout of unbalanced characters, the lack of spectacle surrounding new ‘mons being added to the game is a bit disheartening. It’s bad enough that Crustle made the cut over Crobat ahead of launch, but now we’re seeing Decidueye over Dragonite? Get lost.

That raises an intriguing point: while I’m thoroughly uninterested in leaks, they’ve become both commonplace and unavoidable in Pokemon Unite communities. Somewhat paradoxically, they’ve also become a lot more exciting than official reveals. When Greedent was leaked, all I thought was “surely not.” People on Reddit made jokes, people on Twitter cried, and people with lives that don’t revolve around being Terminally Online said “okay.”

The one thing uniting all of these different responses was their link to the leak. When the leak was proved right, all of them just sort of blended into an amalgamation of monotone groans. It didn’t matter that hardly anybody wanted Greedent because almost everybody was involved in the anti-hype. Once that hype was confirmed, nobody cared anymore. Just another boring Pokemon being added to an even more boring roster. No Tyranitar, no Heracross, no Salamence, no Weavile – no nothing. 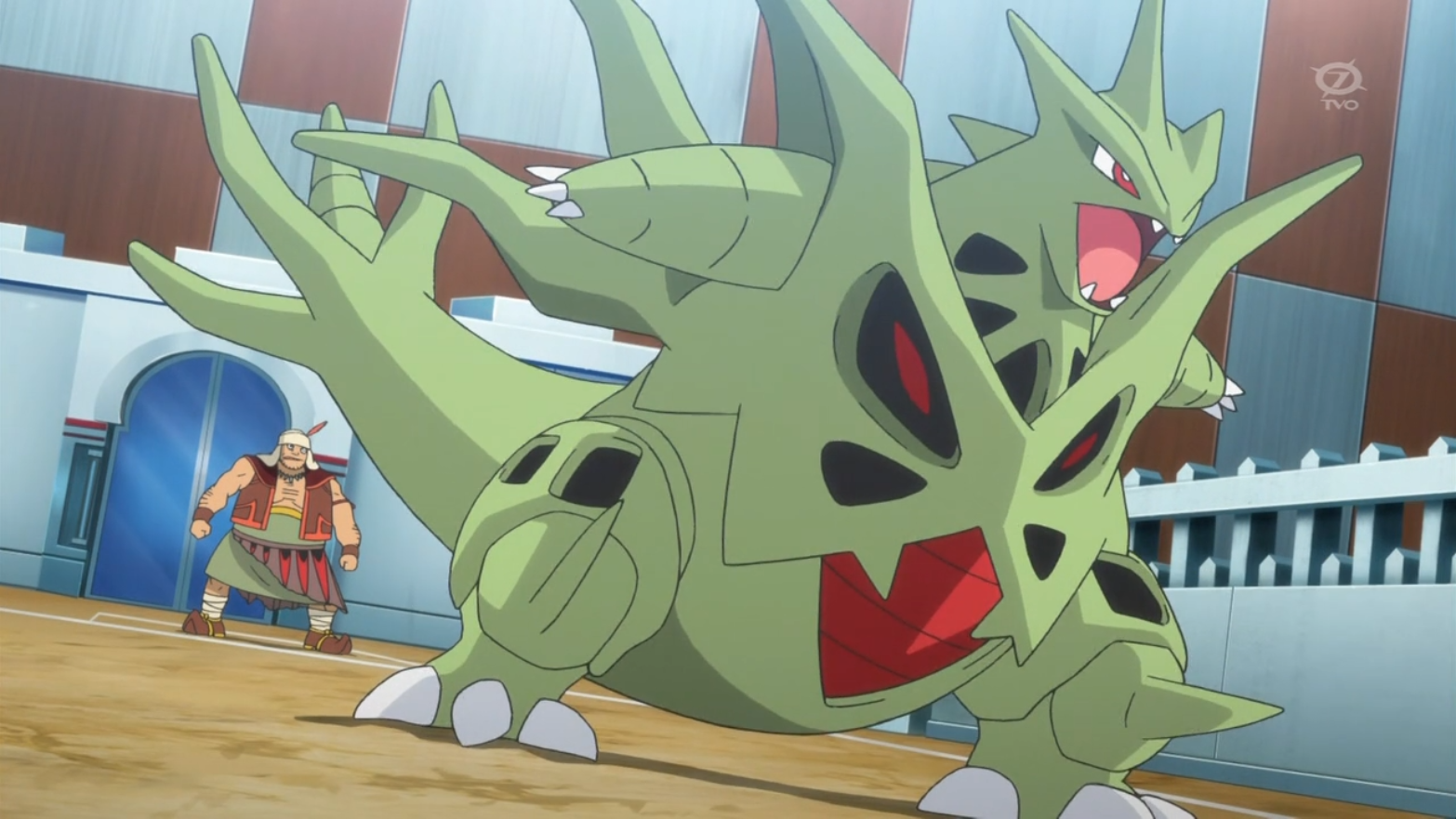 But then you see a badly Photoshopped Dragonite All-Rounder portrait and think, hang on – is Pokemon Unite actually gonna do it?! Holy shit, let me get my Switch. I need to practice laning post-Decidueye and make sure I have all of my timestamps down to a tee. What are we going to run? Depending on the utility of its Unite Move, possibly Buddy Barrier, and we’ll definitely want a Muscle Band to maxim-

Do you see what I mean? All of that is just from a stupid leak I didn’t even want to see, purely because it’s for a character that’s actually good. In the interest of clarifying that this isn’t just “I don’t like the Pokemon Unite has added so far,” Blastoise is my favourite Pokemon of all time and I barely play it anymore. Despite how stupid it is to add even more ranged DPS to the game, I think Gardevoir and Sylveon are great. The issue is Timi either a) adds bad Pokemon to Unite or b) adds good Pokemon in the wrong roles with the wrong kits. The entire point I’m trying to make here is that All-Rounder Dragonite is the kind of Pokemon that absolutely exemplifies what we should be asking the devs to put an end to: a rollout of terrible picks that would put Whitney’s Miltank to shame.

There are almost 900 Pokemon to choose from. Just pick better ones, yeah? If Emboar gets added to the game I’m going to stamp on my Switch with football boots on.