Dungeons & Dragons players are looking forward to Tasha’s Cauldron of Everything for the large amounts of customization it promises to bring. Many words have already been written about the book’s new take on character origins that replace the confining idea of race-based stats. Or about the 20+ subclasses that give new options for all types of play. But what about the act of theming your character? It looks like Tasha’s has that too.

Tasha’s Chapter 3 – Magical Miscellany – goes over the new spells and magic items of the book. Parts are written from the perspective of Tasha herself, a storied spellcaster who was raised by the hag Baba Yaga. One brief section is called “Personalizing Spells.” Tasha recalls that she used to add spectral chicken legs to all of her spells as a reference to Baba Yaga’s chicken-legged hut.

The rest of the section explains how players can theme their own spells if they wish. It’s likened to the way a bard player can describe their abilities as different styles of music or performance. Or how a fighter can practice different martial arts. As long as the mechanics of the spell – such as damage type or area of effect – aren’t changed, players should feel free to describe their spellcasting in a way that works with their character’s beliefs, preferences, or magic sources. A d10 table is provided to spark some ideas. 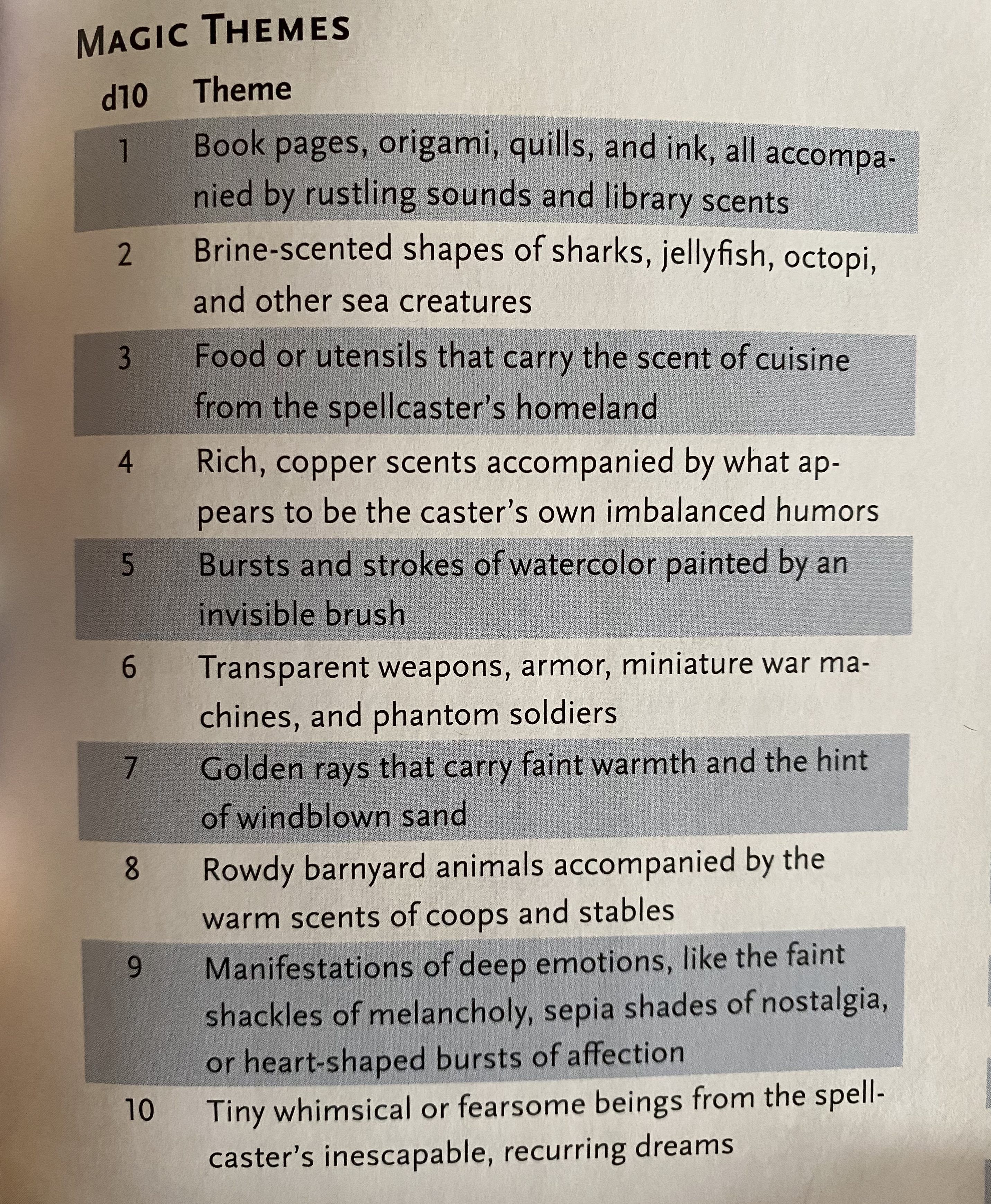 The eighth option, rowdy barnyard animals, is given some wonderful art. A halfing “farmer sorcerer” casts magic missile and it looks like wild spiritual chickens. That art is featured above.

Personalizing spells might not seem that revolutionary to some players. I play in Adventurers League at two local game stores and have seen several silly characters come through my games. One character essentially wanted to be Elsa from Frozen, and had all of her spells tinged with blue. Another reflavored the birdlike Kenku to be the Untitled Goose and had all of its abilities accompanied by a horrifying honk.

That said, newer players might appreciate the permission to get weird. D&D Lead Rules Designer Jeremy Crawford acknowledged in a recent interview that many players feel awkward about getting too creative without an “official” go-ahead. Tasha’s is just as much for these players as it is for longtime players who want more subclasses. There’s plenty of inspiration for making the character of your dreams, chicken missiles included.

NEXT: A Live-Action Dungeons & Dragons TV Show Is In Development