During the heyday of my generation’s golden era of arcades in the late 90s, one of my many go-to games was Crazy Taxi. As cheesy and over-the-top as it was, I loved the chaos and intensity that came with picking up passengers and delivering them to their destination before time ran out, getting as big of a tip as I could by doing stunts and having close calls with oncoming traffic without actually running into it. The arcade cabinet itself felt great; the heavy steering wheel and violent racer chair vibrations only elevating the experience.

When the home version released on Sega Dreamcast the following year, I of course picked it up, but it just didn’t have the same appeal to me as the more immersive arcade experience, nor did the series’ multiple sequels and spin-offs. So, imagine my surprise when 20 years later, a physical edition of Taxi Chaos – from developer Team6 Game Studios – shows up at my door, asking me to reprise my role as an upper-echelon cabbie. Taxi Chaos is fine for what it is, but ultimately feels like a retread of what’s already been done – making things chaotic, rather than crazy. 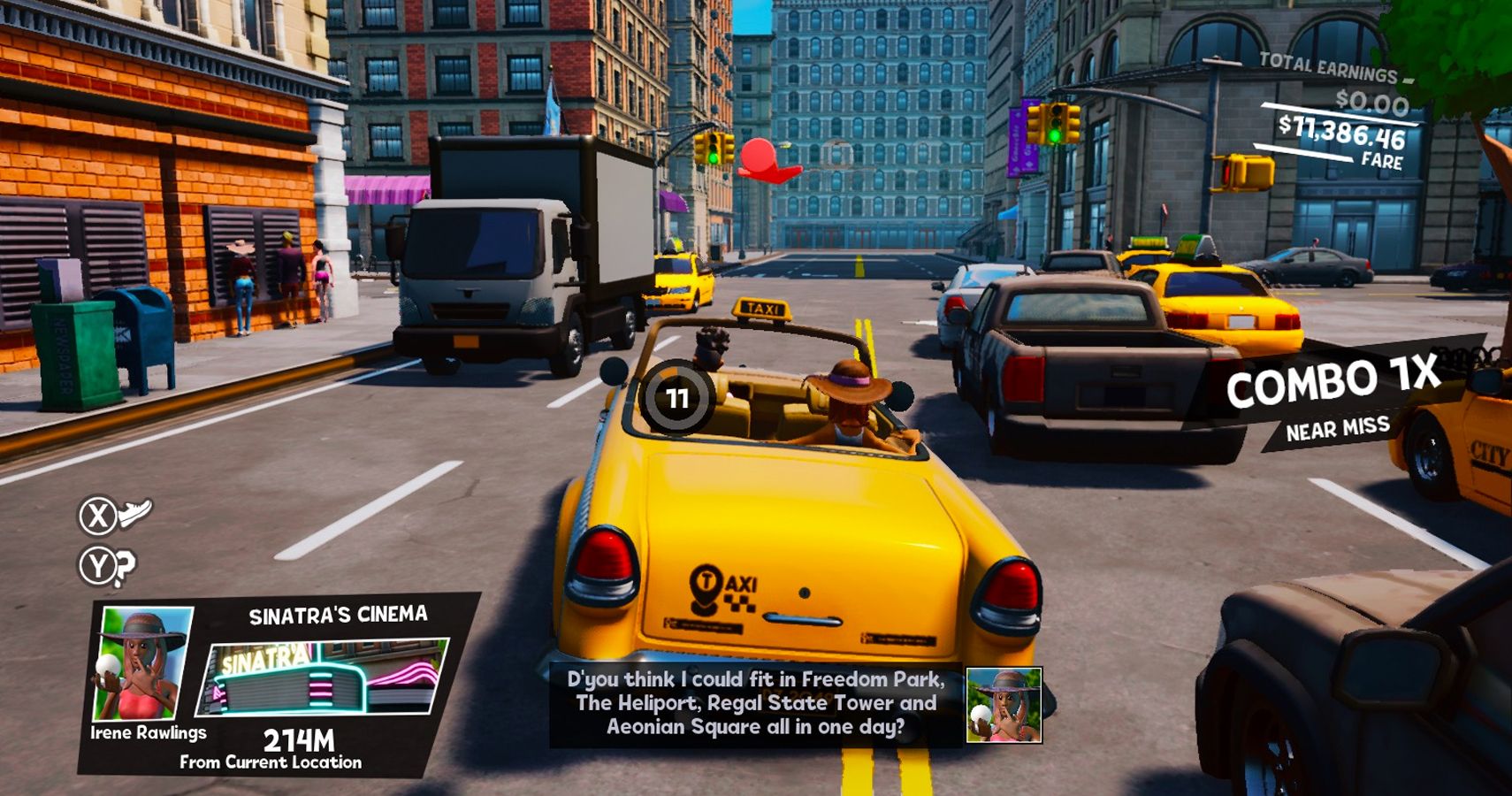 Stop me if you’ve heard this one before: In Taxi Chaos, you jump into one of a handful of vehicles (after unlocking them through gameplay), drive around the city of New York in search of passengers looking for a lift, weave through the crowded city streets, and drop your rider off at their desired destination. You’re timed while doing so, receiving a higher rating for driving well and getting riders to their locations as fast as you can – which can be achieved through the use of shortcuts that are scattered about the city, as well as a jump ability that allows you to hop over groups of cars and other obstacles. Rinse and repeat.

That’s really all there is to it. The arcade mode is your primary driver (pun absolutely intended) for unlocking additional vehicles and the game’s Pro game mode, but a Free Roam mode is also available for you to just drive around and familiarize yourself with the city. It’s well worth your time to do so if you intend on playing Pro mode, since unlike Arcade mode, Pro does not clue you in with directions as to where you need to go after picking up a passenger. 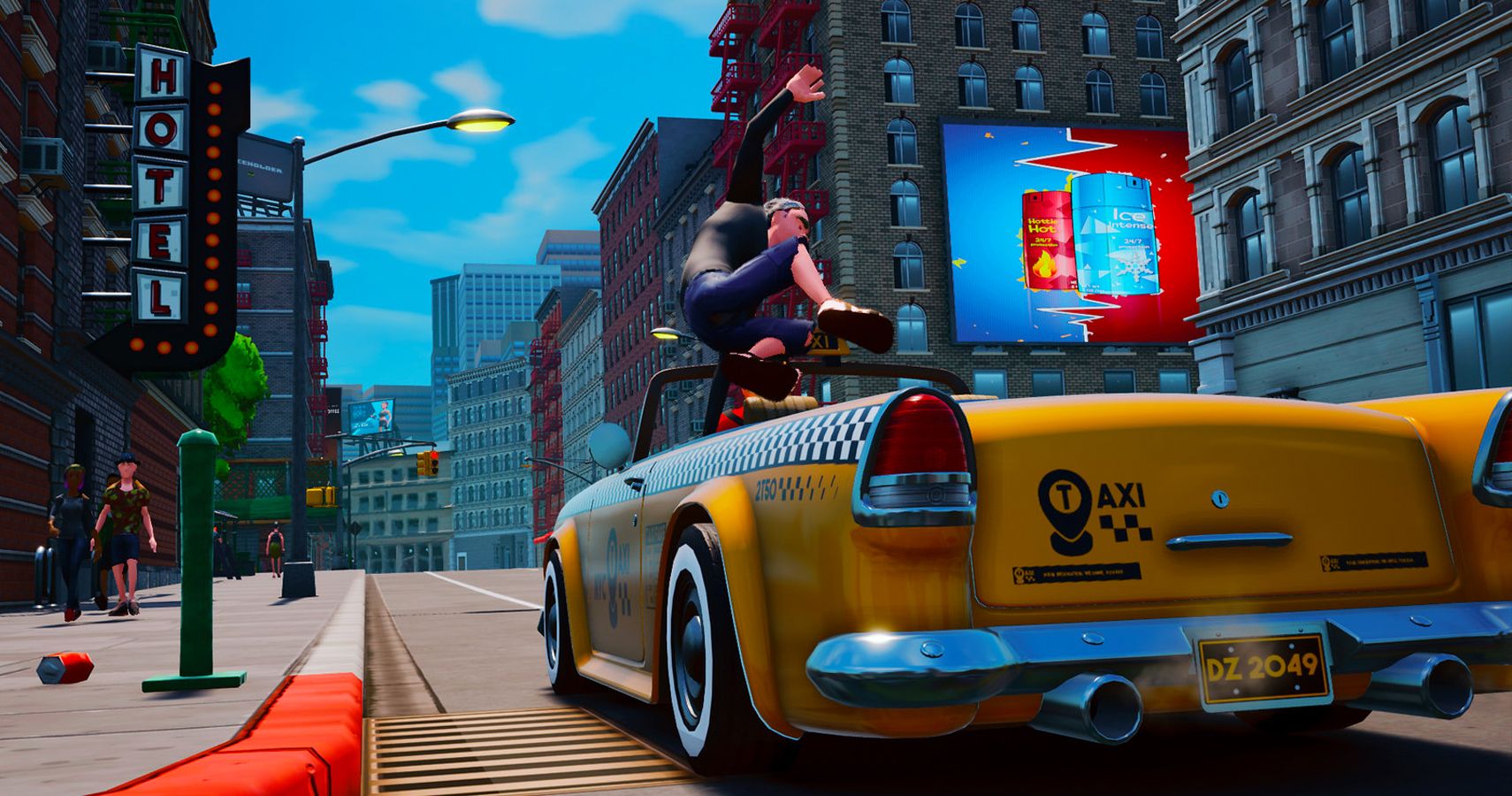 Unfortunately, whereas I’m more than willing to learn the streets and locations of games like Grand Theft Auto (where there is so much content and things to do that it’s almost a necessity to do so), I have no real desire to do that in Taxi Chaos. Arcade mode gives me all that I need from this type of game, minutes at a time. That’s really all this type of game has to offer… or at least has traditionally had to offer, I should say. I think that Taxi Chaos had a major opportunity to push the genre forward by offering up something new in the way of gameplay or additional modes. Unfortunately, it feels like a game that’s hoping that enough time has passed to basically push out a near-identical version of Crazy Taxi.

That said, Team6 Game Studios is committed to delivering the best possible experience for its fans. Hopefully, that means that Taxi Chaos will get new, all-original content in future updates to help distinguish itself on its own.

While writing this review, I incorrectly wrote this game’s title as “Crazy Taxi” more times than I would like to admit, but it seems pretty par for the course. With the same cartoonish aesthetics, the same style of voiceover dialogue from the quirky characters, Taxi Chaos will likely appeal more to a younger audience than those who have played Crazy Taxi (and perhaps best experienced by them on Nintendo Switch).

And that’s totally fine. For anyone who’s never heard of Crazy Taxi, Taxi Chaos will be a good enough racing title that’s fine for a quick pick-up-and-play experience. For everyone else, this near-duplicate ride likely won’t be worth the cab fare.

A PS4 copy of Taxi Chaos was provided to TheGamer for this review. Taxi Chaos is available now on PS4, Xbox One, and Nintendo Switch. 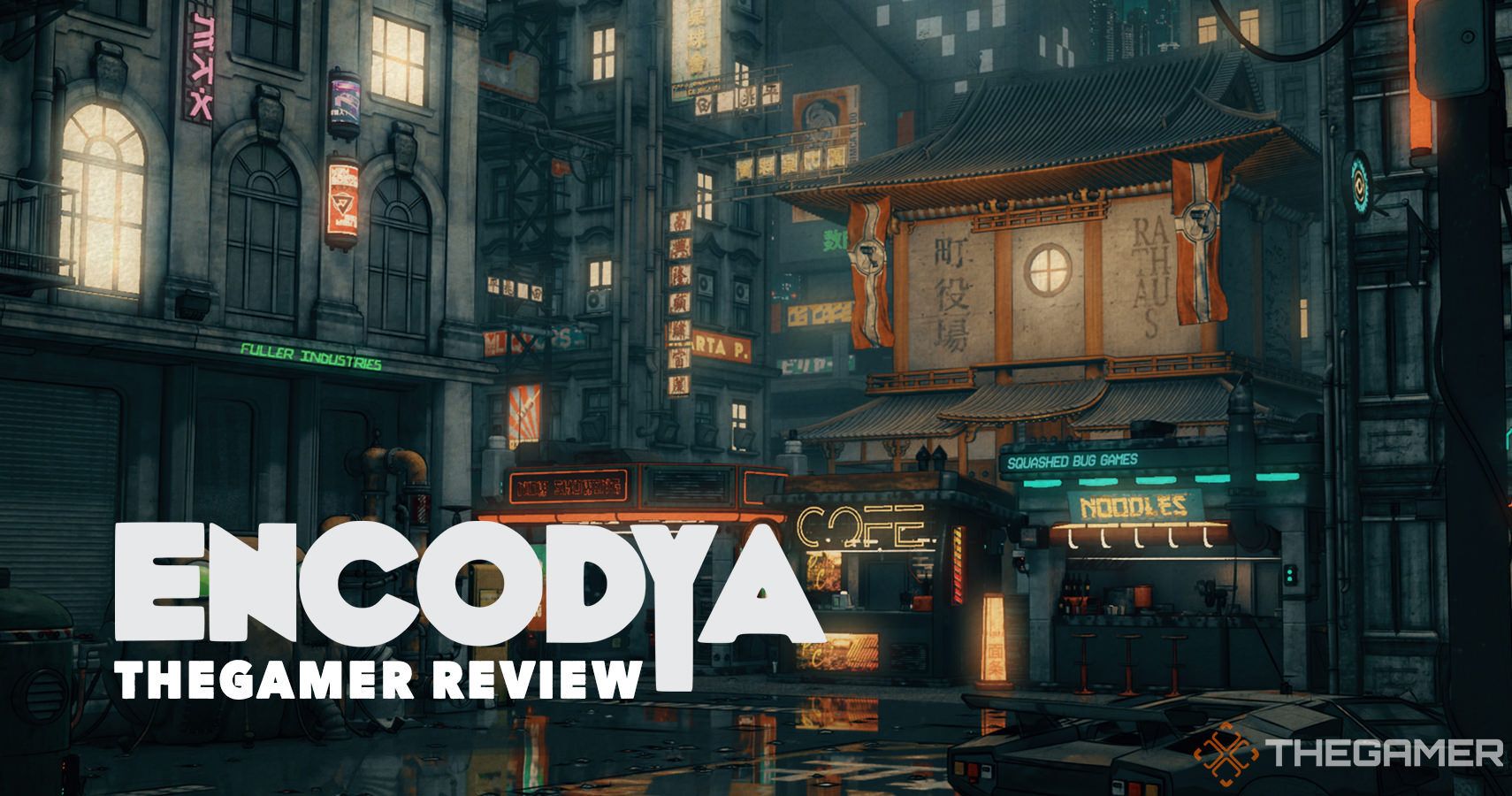