I’m somewhere in the armpit of England and there’s a man on a hill. He doesn’t seem happy. The only hint that this could be a mission is a tiny white dot on the map. I head towards him as he screams profanities at the people frolicking by the lake below.

It turns out my guy is a nudist. He was the one who got this little naked shindig together and now he’s been cast out. He’s looking for revenge. “If only I could make them nude forever,” he says. (A bit off-topic, but Assassin’s Creed Valhalla has a nudity toggle and mine is on because I’m an adult human, yet none of these people are nude. They all have undergarments on. Terrible nudists, in my opinion).

Anyway, that’s how this little side mission is set up. You don’t get any waypoints and the game doesn’t hint at what you need to do next. You have to actually pay attention to what people say, and I love that about it. It absorbs you in the world more than sending up your raven and marking the precise thing you need to do, like in the old Assassin’s Creed games. It’s not prescribed, it’s fluid. It’s brilliant. 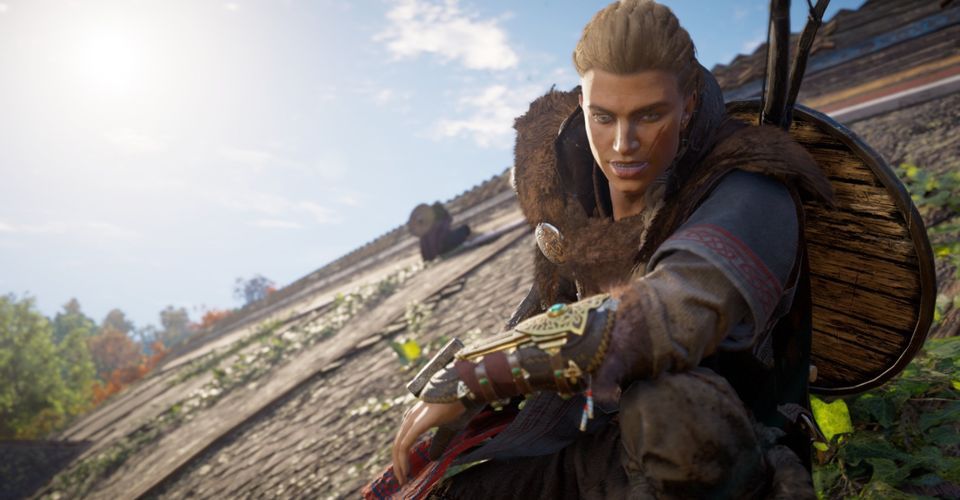 The thing that so immersed me moments ago has now shattered that immersion, as these characters are relegated to an unresolvable map marker – AI trapped in their very own Groundhog Day.

There’s another mission that’s like this. Near Tamworth there’s an old warrior playing a lute. You can sit and talk to him and he regales you with tales of days gone by. Afterward, he gives you a key to his house and tells you to help yourself to his stuff. Instead of a map marker, you get two clues: his house is by a big oak tree and it looks out onto the docks. I find it and help myself to his things, but the mission isn’t complete. The old warrior still has a map marker signifying there’s a step to be done, but he doesn’t have anything to say anymore. He just sits there with his lute, and he’ll still be sitting there when the credits roll. 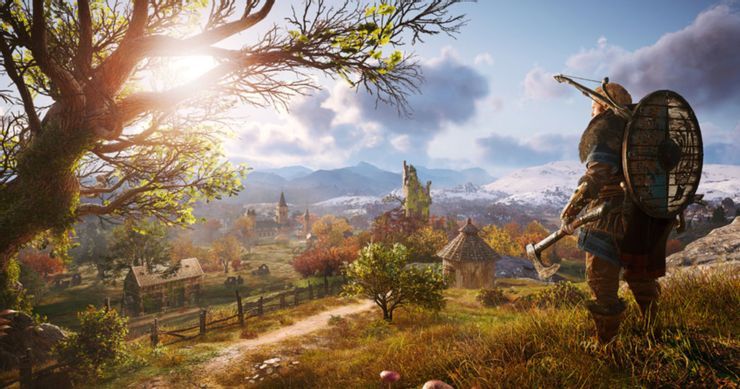 I think Ubisoft made the right call making these side activities like this. When they work, you feel smart for figuring it out – except for that one time I resolved a side mission with a girl who can’t whistle for her horse by… shooting her horse. But there should be some kind of reminder system or hint system in play – perhaps a note or two in your codex. As it stands, you might have to use a guide on the internet, which completely goes against the objective of these vague quests: immersion.

It works better in some of the main quests. In one called The Stench of Treachery, you’re tasked with finding the traitor among a Viking leader’s three most loyal warriors. You go on a mission with each one and ask them questions, but you can’t get the full picture this way. You also have to actually explore the scene of the crime, without the help of any map markers or hints. 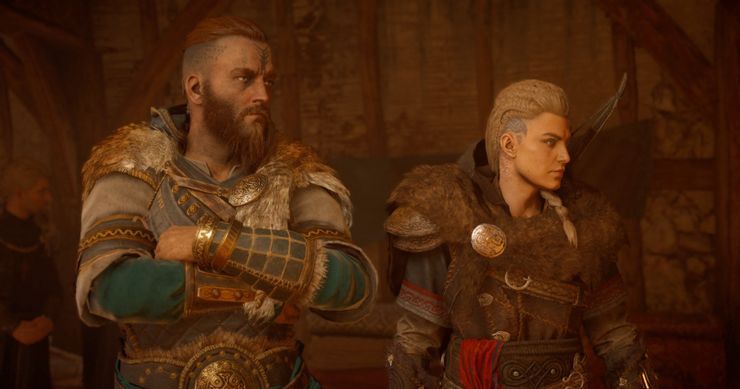 You follow drops of paint that mark the secret entrance used to let enemy soldiers infiltrate the town. You scour the swamps for a longship used to escape. You piece the clues together in your head to eliminate the suspects until only one is left. It’s one of the most effective detective missions I’ve played in a game, and it puts even Batman and Geralt to shame in how it’s implemented. You solve the case, you don’t follow defined steps – or at least, it doesn’t feel like you do.

I love the new sidequest system in Assassin’s Creed Valhalla, and I hope Ubisoft never goes back to the old ways – but please, give us a crutch next time so our maps aren’t littered with half-finished stories by the game’s end.

Next: Assassin’s Creed Valhalla Review — An Assassin And A Drengr Walk Into A Longhouse 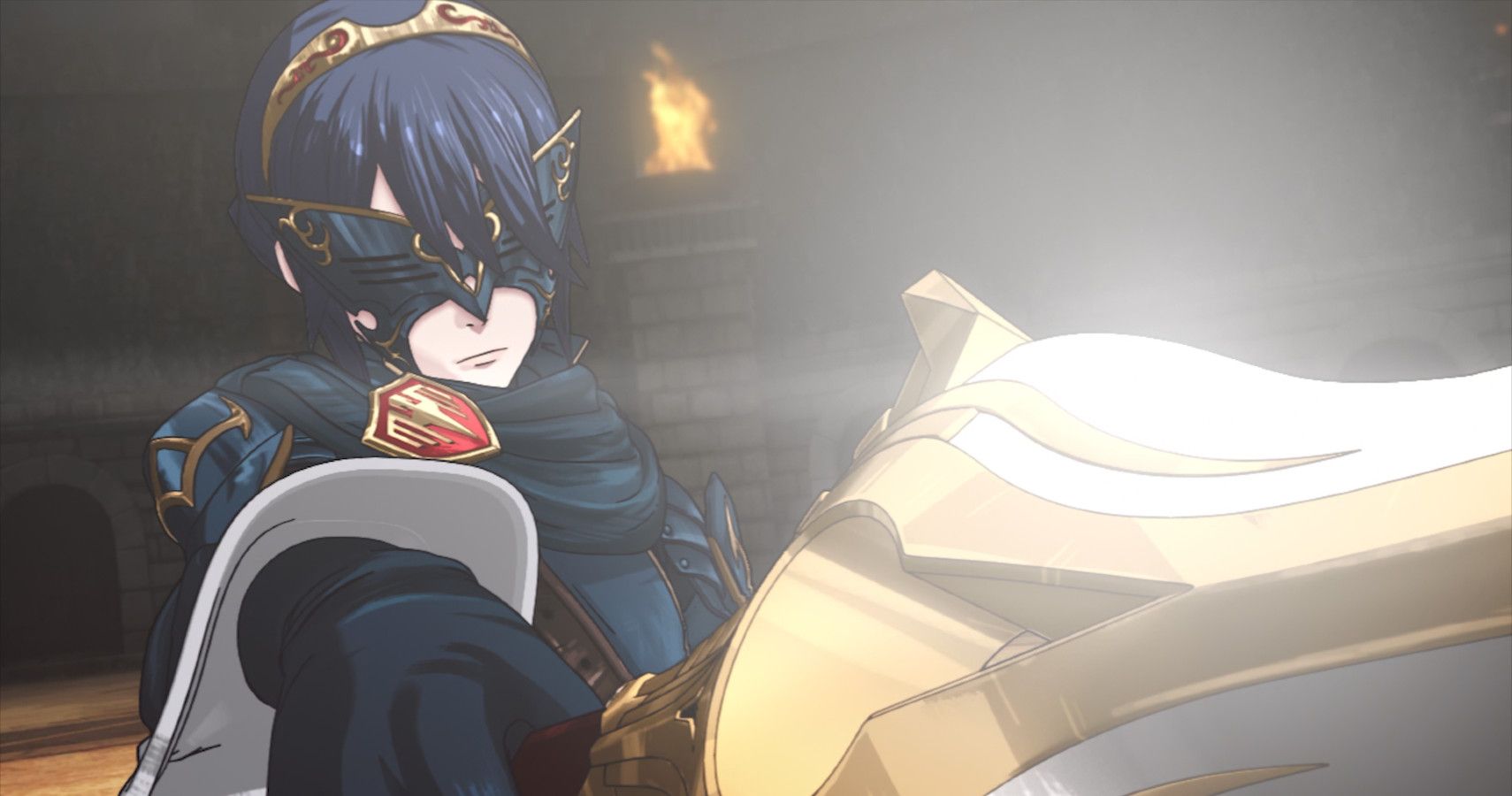 Kirk is the Editor-in-Chief at The Gamer. He likes Arkane games a little too much.