The History Of The RYNO In Ratchet & Clank

The RYNO (designed to Rip Ya a New One) debuted in the very first Ratchet & Clank game all the way back in 2002, and it has since become a staple weapon of the series. It’s a beefy, powerful tool of destruction that unleashes hellfire capable of tearing apart enemies and sweeping boss fights in unparalleled fashion, toppling even the infinite rocket launcher of Resident Evil 4. Managing to land this unruly but expensive beast made Drek a cakewalk in the ultimate showdown in Ratchet & Clank. Another RYNO is making its way to Rift Apart, so we’ve broken down the entire history of the weapon for your reading pleasure.

The first-ever RYNO was available for purchase in Blackwater City on Rilgar from the Shady Salesman, but it cost a staggering 150,000 bolts – this took a significant amount of time to acquire. It fired homing missiles galore at all targeted foes, shredding health bars and squishy baddies. In-universe, it was created by Gadgetron, and it was the most powerful weapon in the galaxy at the time of its creation, hence it not appearing in the civilian storefronts. Black markets are fair game, though. It changed somewhat from its initial build as it once harbored 10 rounds of max ammo, but this was swiftly altered to its overpowered 50 for the game’s final release. However, while we know and love it as the RYNO, it goes under a different alias elsewhere.

In Spain, it’s the TAUN, or Te Abro Una Nueva, meaning “I Open You A New One.” In Italy, it was the MIPS, or Muori In Pochi Secondi, “Die In a Few Seconds.” Fitting, given how much damage it’s capable of. For French players, the RYNO was called the TELT, or T’Eclater La Tronche, meaning “Destroy Your Face.” Only the Spanish translation kept that English meaning intact, but the general sentiment of the weapon’s insurmountable power was retained across all language barriers. Whatever language you speak, the RYNO will destroy you. Naturally, it returned in Going Commando under the simple title of the RYNO 2. This time, as though branded by Supreme, its price was jacked up to an eye-watering 1,000,000 bolts. It was an auto-targeting missile launcher that, like its predecessor, decimated enemies, and ammo could even be found in crates, which is a rarity for a RYNO. To put into perspective just how powerful the RYNO 2 was, it could take down the Mutant Protopet in only 50 shots. Comparatively, you’d likely drain all the ammo of your other weapons and have to pick up more during that fight, unless you’d grinded to upgrade ‘em.

The RYNO seemingly resurfaced in Going Mobile, but that namesake is deceptive. It’s pixely, with an 8-bit design, but it resembles the RYNO 2 despite taking the name of the 2002’s own. It works the same in combat, as well, but acquiring it is a tad different than forking out all of your bolts, leaving Ratchet broke with nothing but his trusty wrench and an arsenal rivaling the Doomslayer’s. To get it, you’d have to collect all of the titanium bolts.

Up Your Arsenal took the Fan4stic approach of naming its new weapon by calling it the RY3NO, presumably because it would Rip Ya 3 New Ones, and it was the first time you could upgrade the gargantuan beast. It had a slightly different way of handling, though, as it launched eight separate missiles at enemies, rather than the first game’s unending horde of explosive artillery and the second’s locking drones. Naturally, it had a brand new appearance, with a very Mass Effect, Reaper-like pointed brown, metallic style. It was a step away from the more rocket-launcher-esc, real-world take of the past two. The price went up once more to celebrate its return. It sets you back 3,000,000 bolts, but you can upgrade it to the RYNOCIRATOR, a perfect name for a wonderful weapon. This upgraded variant kills all non-boss enemies that are visible. It’s a bit of a monster. 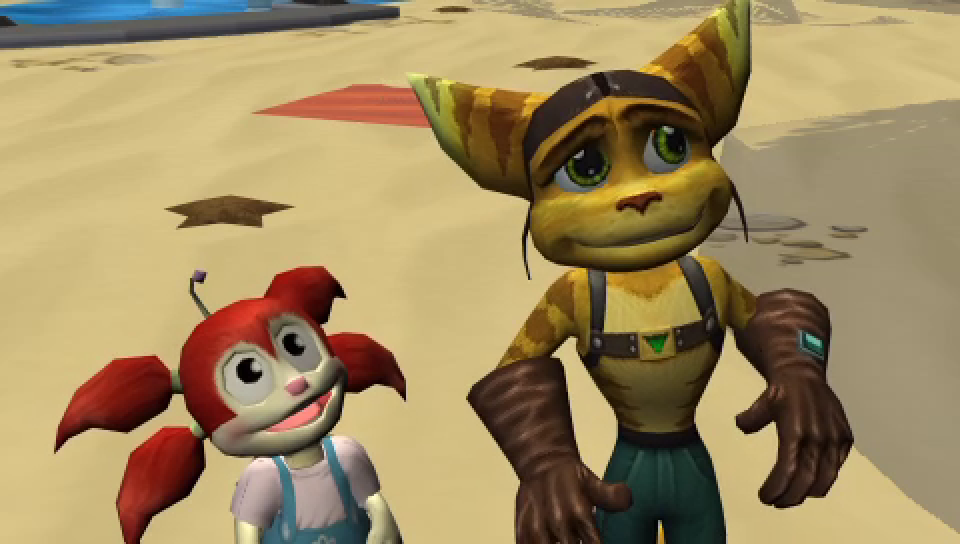 The next RYNO appeared in Secret Agent Clank and Size Matters, costing a horrendously pricey 9,999,000 bolts in the latter. This RYNO looked like a shark with teeth jutting out the front. For Clank, it was only 2,000,000 bolts, but both could only be nabbed in Challenge Mode, the franchise’s name for New Game Plus. While taking the name of the first game’s iteration of the weapon despite its different playstyle and appearance, it also took the upgraded name from Up Your Arsenal, transforming into the RYNOCERATOR. Well, nearly. It’s one letter different. In essence, it becomes a beefier version of the same weapon, gaining a bit of meat to its bones.

Cue Tools of Destruction and the PlayStation 3’s Future Trilogy with the RYNO 4. You could buy this from the Smuggler on Sargasso, the same planet that’s returning in Rift Apart. It cost 50,000,000 bolts, and was a homing laser cannon that looked almost organic in appearance. It could be upgraded to the RYNO 4 Extreme. Then came A Crack in Time’s RYNO 5, a minigun and missile launcher that doesn’t cost money but instead is acquired by finding all ten parts of the holo-plan. With these in hand, you return to that same character, the Smuggler, who will build it for you. It can be upgraded to the Mega RYNO 5 but, for 1,000,000 bolts in challenge mode, you can transform it into the Omega RYNO 5. It even went on to appear in PlayStation All-Stars Battle Royale and was initially dubbed the Gatling Gun. Now, it’s another entry into the long line of broken endgame weapons. 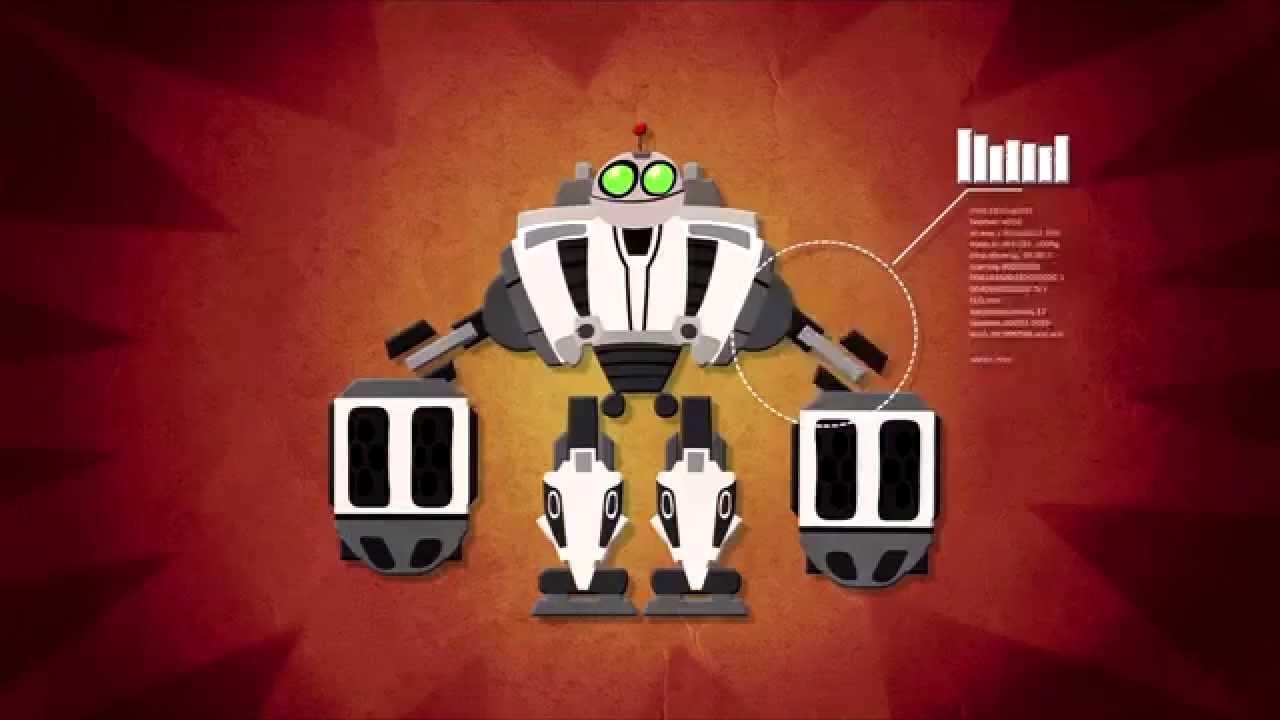 The RYNO took on a completely different guise in All 4 One as the RYNO 4 Protosuit, a mech akin to something from Titanfall that you’d jump into to tear apart baddies. You got it by collecting 280 critters that unlock the Croid lab in Uzo City. Here, there are a few challenges dotted about for you to complete, netting you this suit. It has a different appearance depending on who uses it, with Clank’s looking an awful lot like Giant Clank, only compressed to a small and more precisely deadly size. In Before the Nexus, the RYNOm made an appearance, and it was acquired by rescuing ten Terachnoids. Then came the RYNO VII with Into the Nexus, invented by the fourth dimension breaking Plumber. You get it by finding nine holo-plans, rather than the ten in A Crack in Time, and then you bring those plans to the Plumber and he will slap together this horrifically deadly purple powerhouse. When using it, classical composer Modest Mussorgsky’s Night on Bald Mountain plays. Nothing like murdering aliens en masse with classical music roaring.

In 2016, the reboot brought back the RYNO, a reimagined version of the original. However, rather than being a Gadgetron creation, Quark said that it was made by Doctor Nefarious and the blarg, but you still get it from the Shady Salesman. Only, this time, you get it by handing him all the RYNO Holocards. Lastly, we have RIft Apart’s RYNO 8. Yep, we’re back to the main series with the original line-up continuing at long last. It’s a sight for sore eyes. This beast crawls out of the barrel with three claws and has glowing orange fins like some space-traversing shark. It’s quite a step up from the ones of the past, continuing that trend of becoming more and more alien. Since we’re nearing the tenth of its ilk, and with how far it’s come since its days as a nine-barrelled rocket launcher, it’s exciting to think where it will be next.