Kingdom Hearts is a weird but successful mash of both Disney and Final Fantasy characters, but did you know there’s a small Space Invaders reference in KH3’s Caribbean world?

Granted it’s not a direct space invader trying to take over the Caribbean, but one of the game’s flan missions is directly inspired by the classic 1978 arcade title. By the way, it makes sense that Square Enix owns the IP for Space Invaders for this to happen.

Space Invaders of the Caribbean

With Sora at the helm of four cannons, you have to shoot down as many invading flan heartless as possible to get the best score. Sora is the defending ship, moving from spot to spot to fire the cannons towards incoming waves. It gets pretty hectic, and as the action is picking up, they start moving from side to side exactly like Space Invaders. They aren’t firing towards you but if the flans get too close, you will fail before the time runs out! 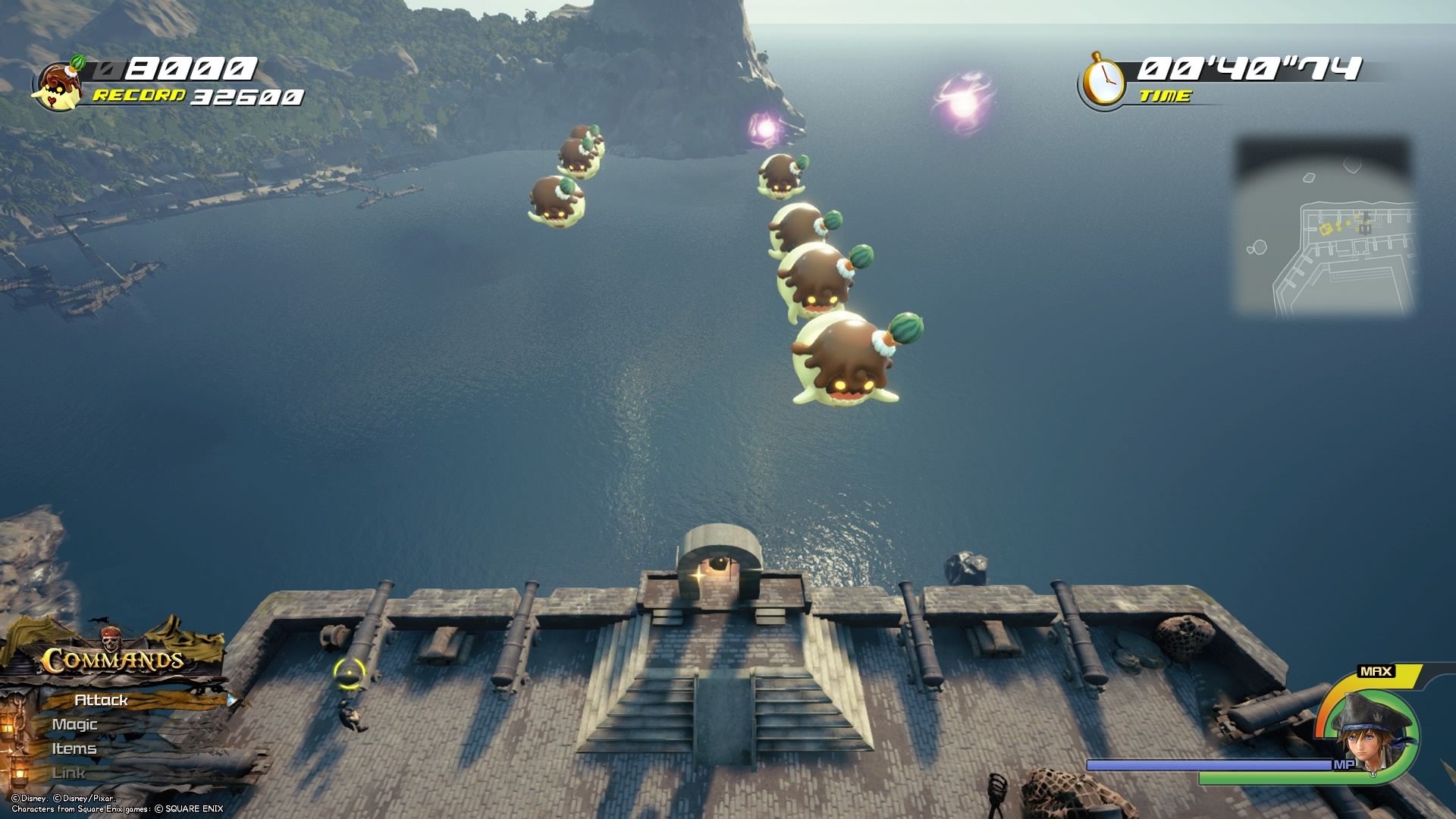 To get the highest score possible, you also need to take out the jumbo-sized flans at the far back with the precise aim of a cannonball; it’s actually pretty tough. Unlike the original 1978 game, you have the option to fire all the cannons at once, making the process of getting a high score easier.

This is one of seven flan-tastic missions throughout the game, and your reward for getting a high enough score is usually an ability. You also get three of the type of fruit the flan is, so you can craft specific recipes with Ratatouille’s Remy. This particular flan gives you watermelons and the ability Focus Syphon. If you finish all seven flan missions, you get an Orichalcum+ that can help net you the best keyblade in the game, the Ultima Weapon. 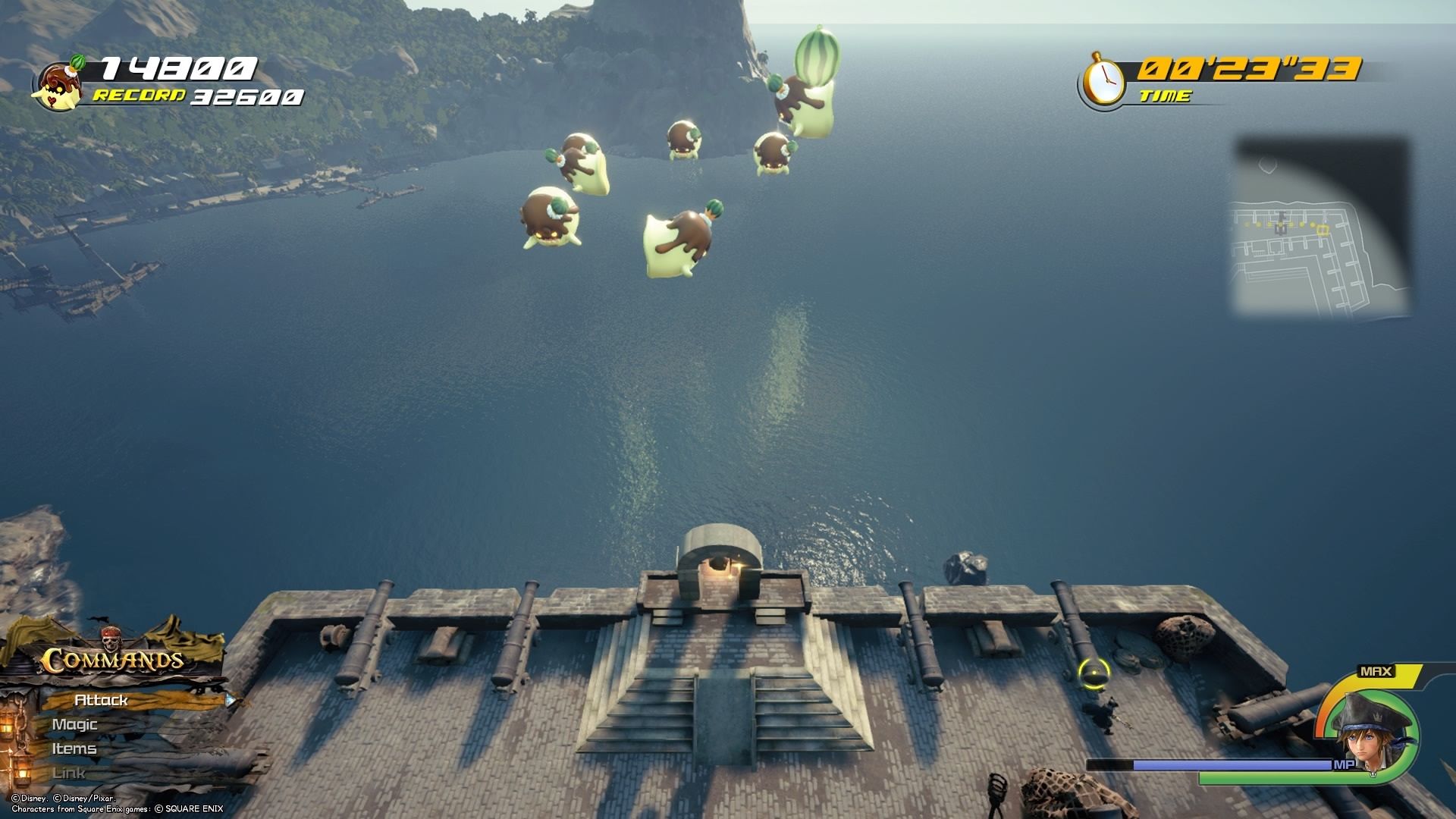 That’s not the only inspiration from classic gaming

Kingdom Hearts 3 has a lot of inspirations from classic gaming, as there’s a feature that lets you play Game & Watch-like mini-games. Before even the Game Boy, there was the Game & Watch, which had a small LCD screen that had primitive patterns for developers to work with. Instead of a moving image, it was picture to picture.

One of the games within Kingdom Hearts 3’s Classic Kingdom mode is “The Musical Farmer,” which has you organizing pipes so eggs can roll down the correct path. “The Karnival Kid” has Sora compiling orders for his customers with fries, soda, and hot dogs; it feels like a very toned-down form of Overcooked. Some of these are actually pretty addictive.