New World's devs are aware of mounting complaints that fans have been making against the MMO. After severe backlash – which also led to the review score falling – the team has put out a number of updates to improve player experience. And did they work? Well, quite the contrary.

New World's 1.1.1 update was launched to iron out the issues that arose from the previous November update, While it fixed things like the number of motes dropped from Elemental enemies, the missing Horticulture gear that was removed, and crafting XP imbalances, it also brought its own set of issues.

Reddit threads and forums immediately started filling up with complaints about how reducing the number of motes from the Elementals was a terrible idea. Players are getting tired of the fact that all the updates seem to be nerfs. Some even feel that the developers are “actively tanking the game on purpose”. 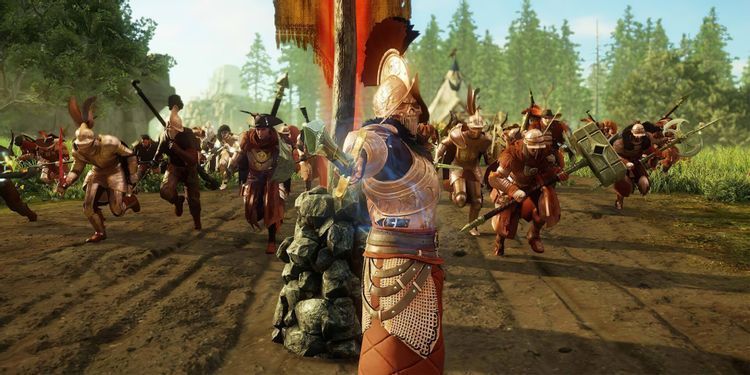 Update 1.1.1’s reception is nothing compared to December's 1.2 patch which made fanslivid. The update made it so that your Watermark Score would take precedence over Gear Score. "This means if your War Hammer Expertise is 520, and you equip a 550 Gear Score War Hammer, the weapon's effective Gear Score will be reduced to 520," wrote Amazon.

The updates that were supposed to make New World better only ended up making it worse in the eyes of players. Every forum and discussion thread is filled with criticism about the game and what the developers have been doing about it. However, there seem to be some comments that players have found a bit fishy.

And finally, an update fans have been asking for since the beginning. Amazon is beginning the process of merging servers on December 8, starting with Mardi and Brittia of the EU Central server cluster.

Mergers occur when a particular server is found to be running at suboptimal level with regard to population and engagement. It’s then paired with a healthy server, keeping in mind factors like action, gameplay style, time zones, and language. While player progress and resources will not be affected, the devs said that the most noticeable difference will be that territories will still belong to the companies on the server absorbing the merge.