Valve Index review: $999 buys you the best VR experience yet — when it works

The Valve Index, Valve’s latest virtual reality offering, is an uneasy mixture of all the good and bad aspects of modern VR.

It can be a pain to set up; getting the whole thing calibrated perfectly can take hours. And then you might have to start over when someone else wants to use the headset. Not everything works perfectly all the time, although that aspect of the system is getting better. You still need to set up the external sensors somehow, and mounting them on your wall is likely the easiest solution, although you’ll also need to plug each one into an outlet. Those wires snaking down opposite walls in your VR space aren’t the most attractive decorations. Nothing about Index is easy.

The flip side to those complaints is that, when everything is humming, Index delivers one of the best virtual reality experiences I’ve ever seen. The question is, how many hoops are customers willing to jump through to get to that experience, and how much are they willing to pay? A full Valve Index setup costs $999, although you can also buy the pieces a la carte.

So what does Index do that’s so impressive? Let’s dig in, because there’s a lot to talk about here, both good and bad. 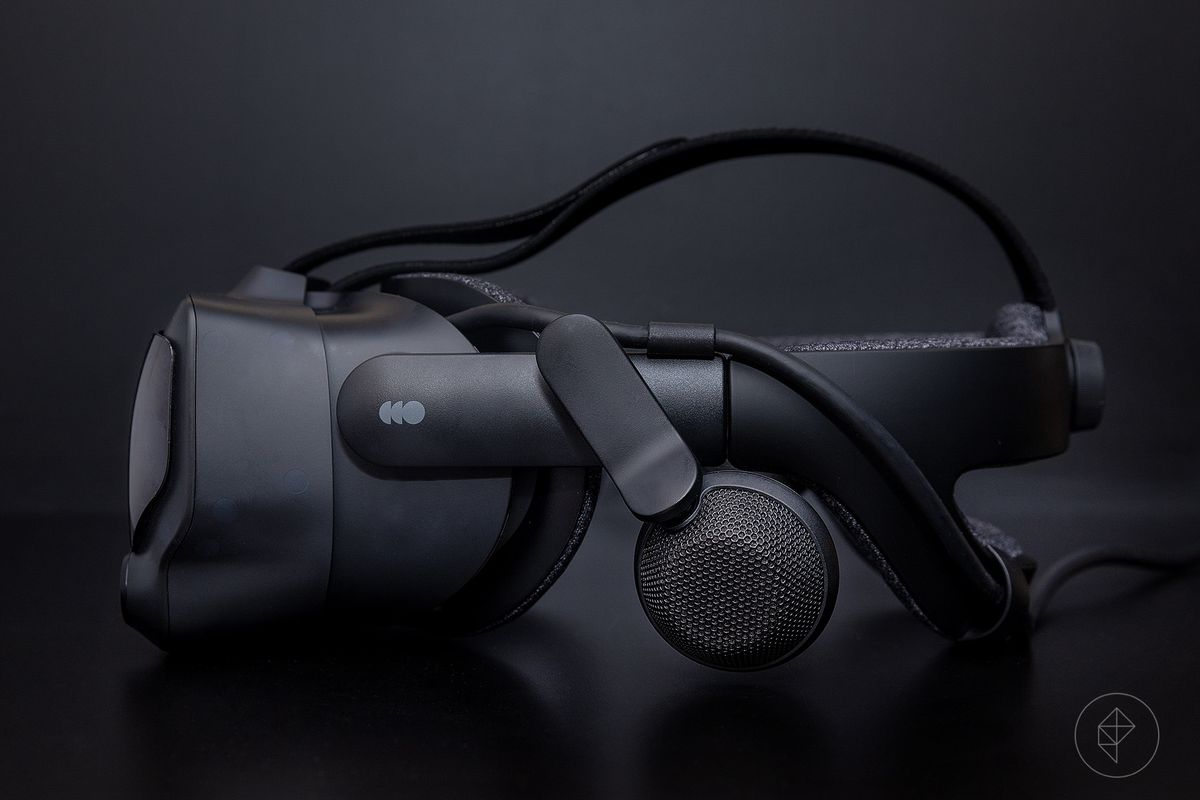 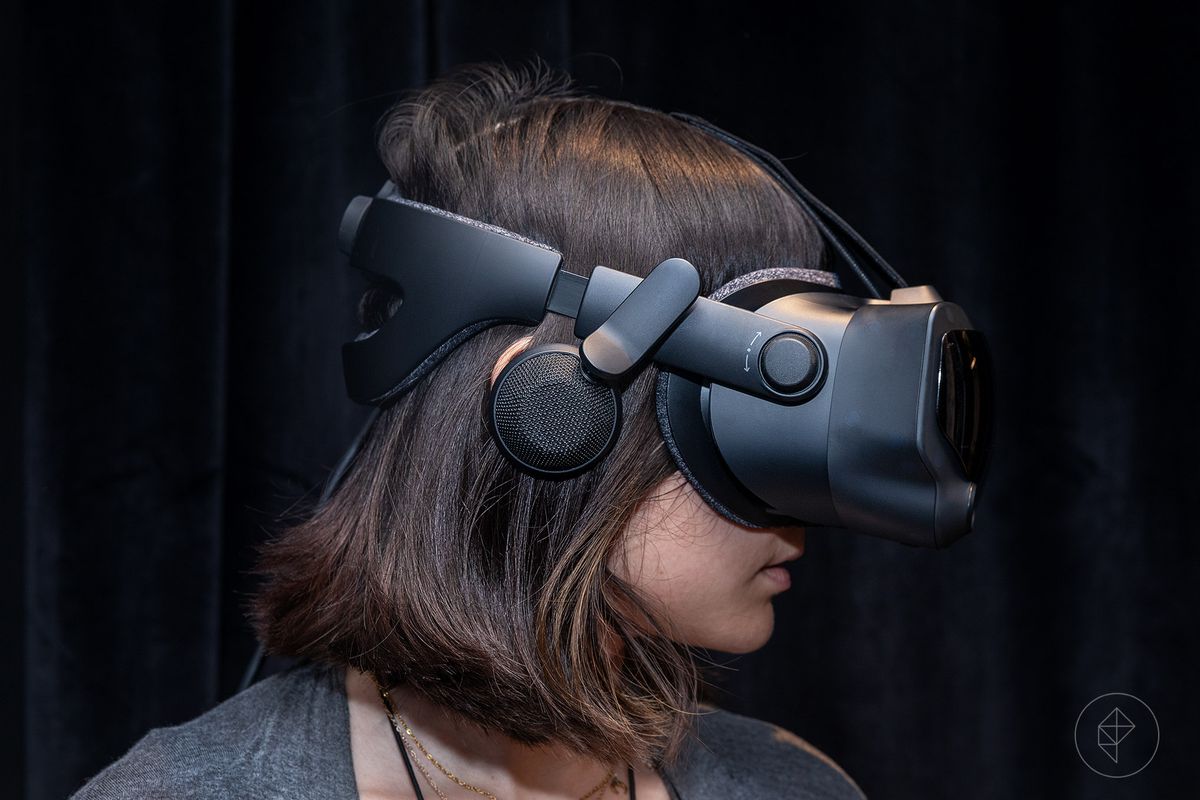 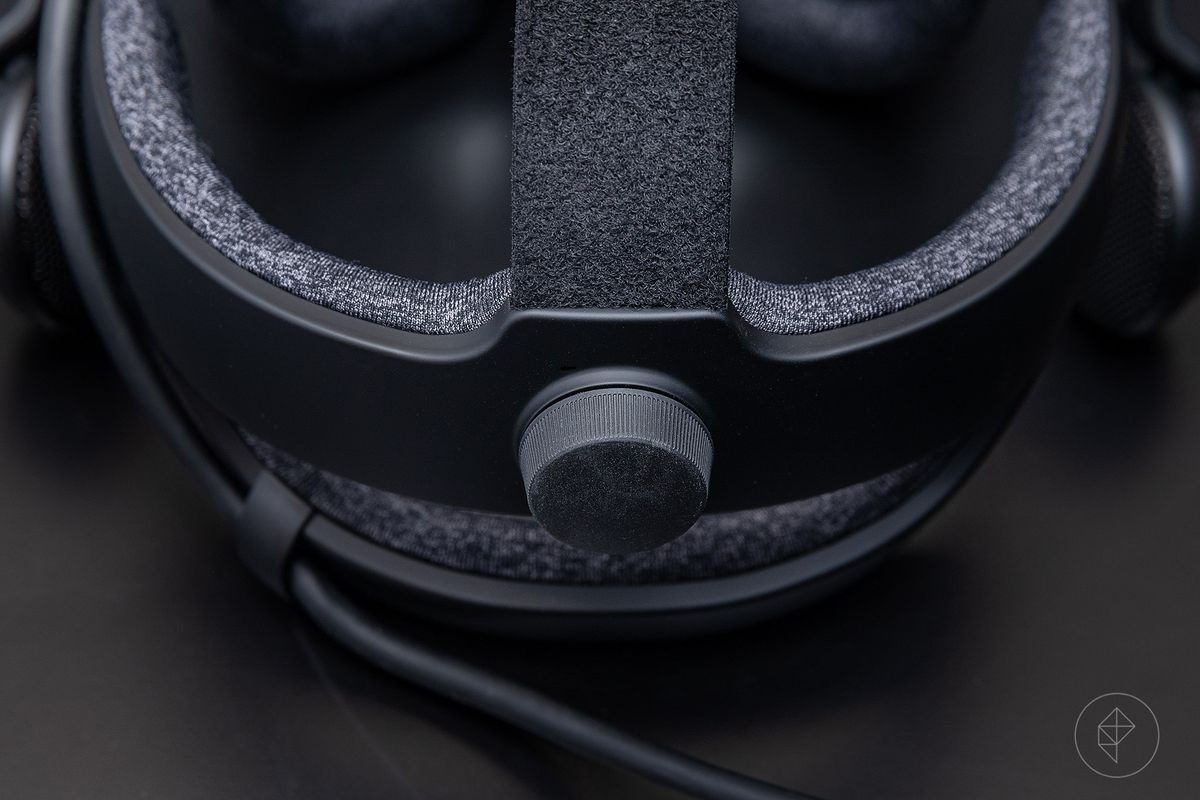 A single cable runs from the display and connects to a small splitter that includes the DisplayPort and USB connections that need to go to the computer, as well as a power cable that needs to be plugged into the wall. It’s a much cleaner setup than the breakout box in the original HTC Vive, but there are still a lot of cables to manage once everything is connected and ready to go.

The mechanical dial on the back of the headset itself makes it a snap to loosen or tighten the fit, and the dial on the side makes it just as easy to adjust the distance between the screen and my eyes. The headphones sit a few inches away from the ear — which might be annoying for other people in the room if something loud is playing — but they’re simple to adjust, and the sound is absolutely phenomenal. Index is a premium headset with a price tag to match, but the headset itself delivers a premium experience. And right now we’re just talking about fit.

The optics and screens are another area where it’s easy to get bogged down in stats, so I’m going to try to keep this as brief as possible. The two 1440×1600 LCD screens provide a higher-resolution image than competing headsets, and they can be set to 80, 90, 120, or 144 Hz to provide increasingly high frame rates during play.

A high frame rate is clutch for smooth VR, and the 144 Hz mode is a thing to behold — if you have the hardware necessary to drive it. The higher frame rates produce an effect that’s very difficult to describe, but everything just feels more solid and real.

Finding the right combination of settings that provide the best image and frame rate for my system took a while — this is a platform for enthusiasts and tinkerers — but Index will gladly use all the power of the beefiest gaming PC and spit back an image that can’t be matched by any other headset. It’s a beast, and one of the biggest improvements from past systems is the large field of view.

Field of view is the term we use to describe how tall and wide the image inside a virtual reality headset looks to the player. A smaller field of view blocks off your peripheral vision, making it appear as if you’re seeing the virtual world with blinders. The smaller the field of view, the more the player may feel claustrophobic or isolated.

And Index has a massive field of view; it’s significantly larger than anything offered by an Oculus system. Being able to see more of the world makes a big difference, and it’s one of my favorite features of Index after days of testing.

Valve achieved it through various means — you can read about them in this exhausting blog post if you’re interested in details — but it’s mostly a matter of how much mechanical know-how went into the design of the headset. Each eye gets its own screen, and there’s a dial on the right side of the headset to bring those screens closer to or further from the eyes to find a position that’s comfortable. The closer the screens, the wider the field of view. Valve estimates that the “typical user” will experience a field of view that’s about 20 degrees greater than the original Vive — a significant improvement. Having two screens also means that it’s possible to physically adjust the interpupillary distance using a slider on the bottom of the headset, to find positioning that makes everything as clear as possible.

If you already have a Vive or Vive Pro and just want to upgrade to the Index headset, the hardware by itself costs $499. The sensors themselves are compatible with all the flavors of Vive hardware and the Index, although the sensors that ship with the Index itself provide more capable tracking and can be purchased separately for $149 each. 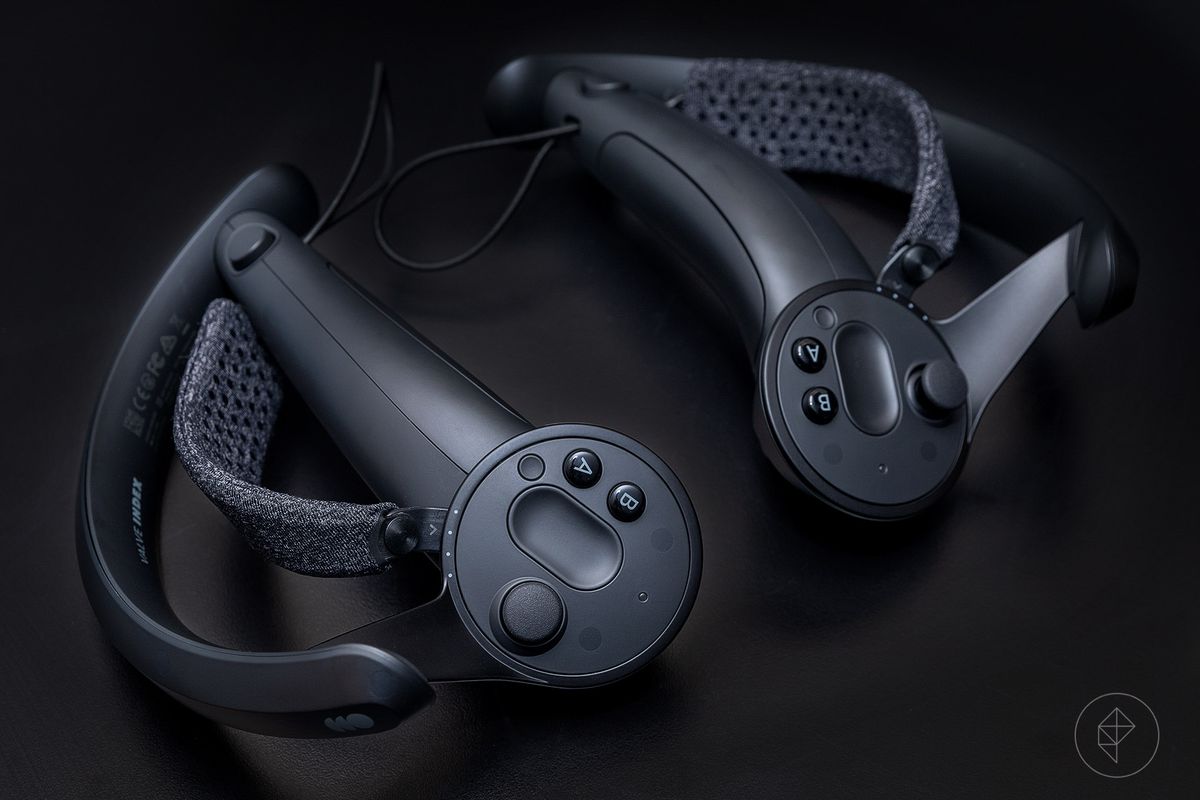 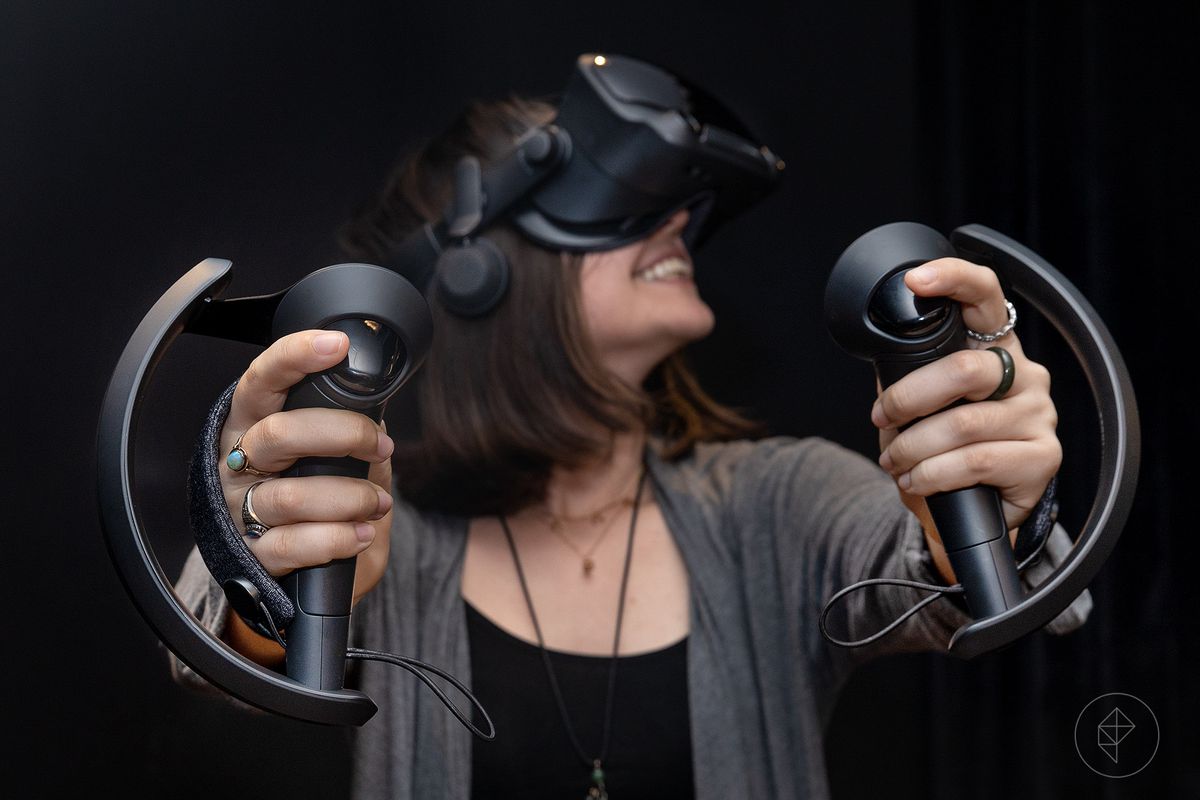 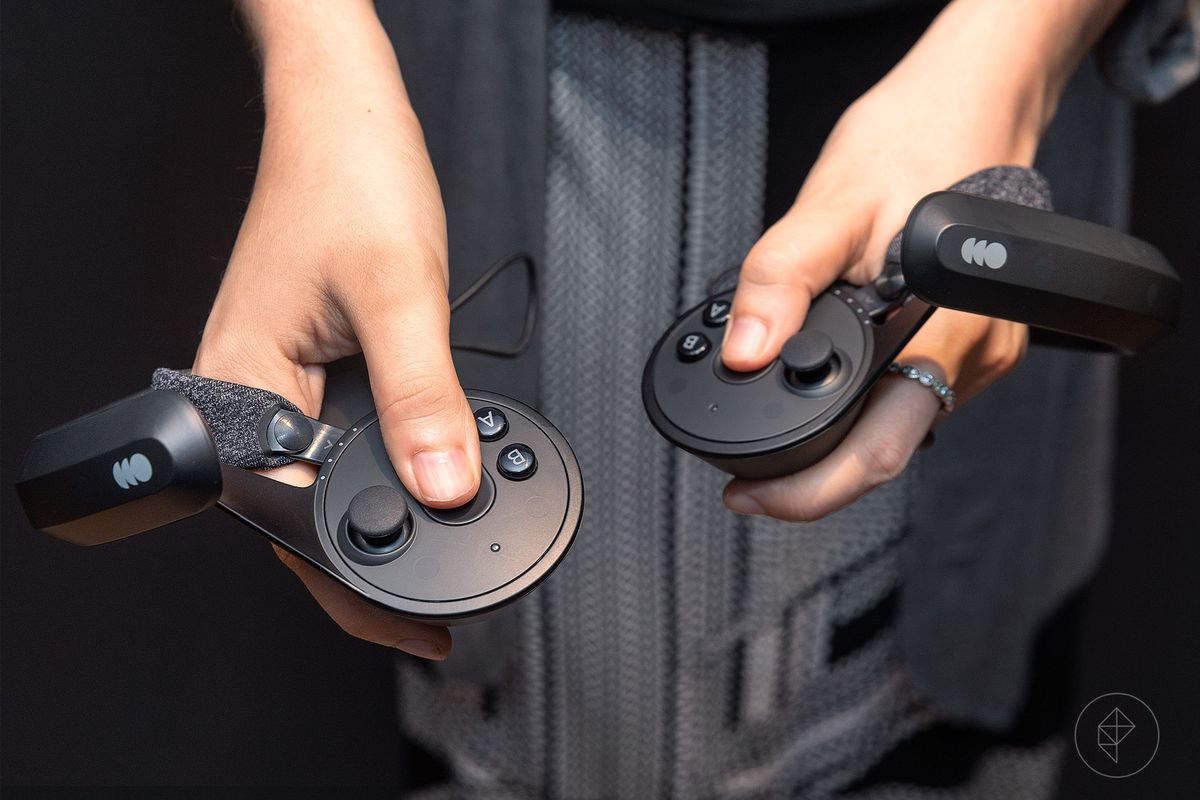 Index’s full kit comes with two “Knuckles” controllers, and those input devices differ from the competition in a few key ways.

The most immediately obvious change is that the controllers attach to the hands with a sort of tension strap that keeps them on even if you’re not actually holding them. That means players can grab onto the controllers and squeeze to pick up a virtual object, and then let go to drop it. The action feels very natural once I get used to it, but at first, my brain somewhat balked at the idea of relaxing my grip; I kept thinking the controller was going to fall out of my hand.

Once I got accustomed to how the controllers connected and began to trust the straps, I realized how much nicer this setup really is. I can just relax and move my hands in virtual reality without having to worry about gripping the controller. This sounds like a small thing, but it’s another step in making it feel like I’m someplace else, interacting with real objects.

The controllers are also filled with sensors that are supposed to be able to track my hand on a per-finger basis. That technology works most of the time. However, there are currently precious few VR experiences that take advantage of the Knuckles controllers, even though the recent update to Superhot VR lets me do fun stuff like this: 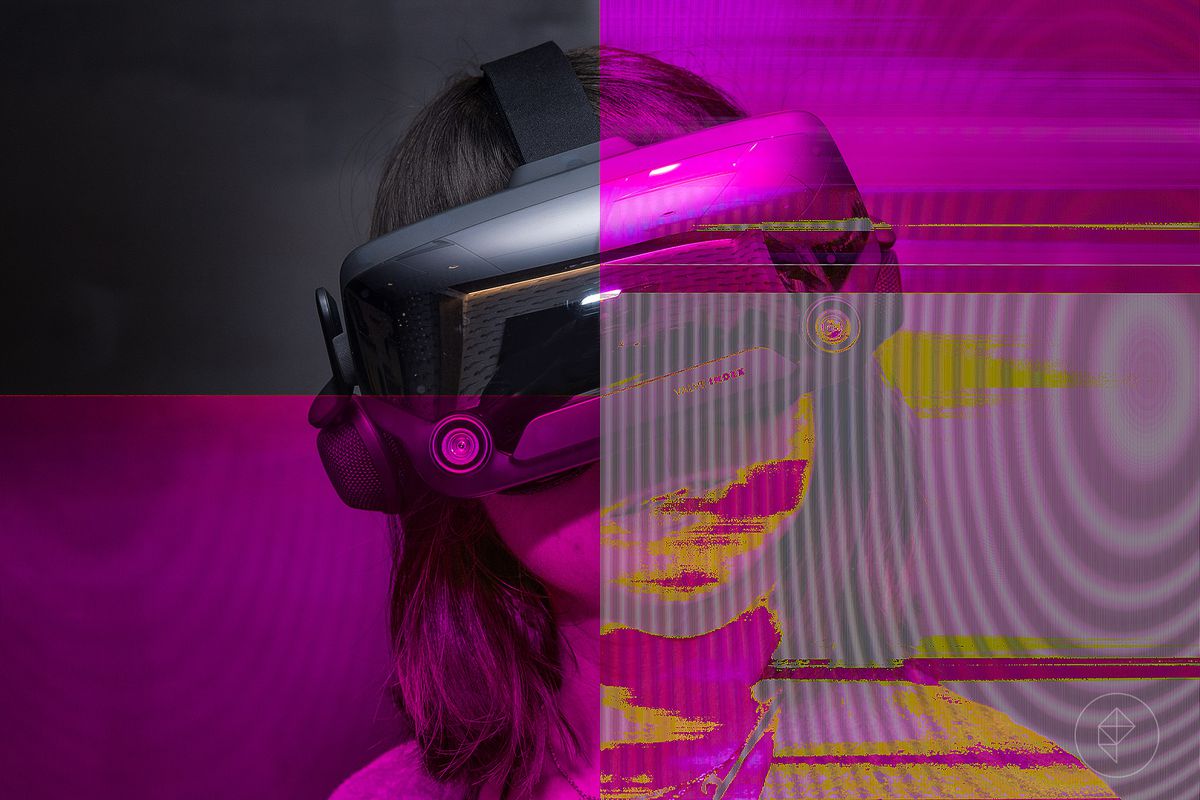 The issues (and there are issues)

One of the problems with running bleeding-edge VR hardware is that things can go wrong. The Index seems much more finicky than past Vive units, and is definitely less reliable in its current state than Oculus’ offerings.

Steam VR crashes fairly often when using Index, and I kept getting errors saying the tether wasn’t seated in the headset correctly, despite it being firmly connected. This could only be fixed by disconnecting the thick cable, which takes a fair amount of work, and reseating it, which caused Steam VR to reset and allowed the headset to work. (Until the next time I opened Steam VR and received the same error.)

Sometimes Steam VR would just … not work, and no amount of troubleshooting would bring it back. A friend visited to try the new hardware, and our hours of fiddling couldn’t launch Steam VR, despite nearly an entire issue-free day of play. We finally gave up, and the system works fine this morning, despite no additional work on my end. It’s currently a touchy, slightly temperamental kit, although stability in general has improved through system updates since I originally received the unit. I’m hoping it gets even better from here with more stability fixes. Most potential customers will have to be patient anyway; you can currently only sign up to be told when more units will begin shipping, although the headset and controllers package for $749 should begin shipping on Sept. 30, according to the pre-order page.

This situation is even more frustrating because Index makes VR feel more real through all its improvements over past headsets, but those gains disappear the moment I get dumped out of an immersive experience due to a fiddly hardware issue. And then I’m stuck trying to figure out what went wrong with those huge controllers strapped to my hands.

Virtual reality only works when I can get lost inside a game or experience, and that’s incredibly hard when I have to spend so much time trying to figure out how to deal with crashes and error messages.

What does this mean for you?

Do you have a lot of patience and want the absolute best VR experience money can buy? Is there already a ridiculously powerful GPU in your gaming PC? If the answer to these questions is yes, you should pick up Valve Index.

But it’s an enthusiast product that’s best left to tinkerers and those who don’t mind spending the time to make everything just so, and are willing to place external sensors in the corner of their VR space. I was impressed with Index, but often left frustrated at the time commitment and lack of reliability.

I hope stability improves in the near future, because Index has the potential to be the most comfortable and effective virtual reality platforms on the market. But none of those innovations mean anything if the system doesn’t work consistently.