I have a long history of being a coward when it comes to the horror genre. People typically peg me as someone likely to be in love with horror, but the scariest movie I watch every year on Halloween is Nightmare Before Christmas. Since becoming a game journalist, I’ve made a point to expand my horizons on games, which has included branching into first-person shooters and horror games. I’ve even reviewed Clea 2 not that long ago, after majorly struggling to get through it.

With all the hype that was building up around Resident Evil: Village, I knew I was going to have to purchase it. It was such a bizarre feeling—to be so excited and full of dread for a game at the same time. I haven’t seen any of the Resident Evil movies, but I’ve seen my dad play some of the Resident Evil games earlier in life, so I sort of knew what to expect. The problem is that if I don’t know the exact moment and location of every single jump scare throughout the game, having a general expectation does nothing to prevent my panicking. And let me be clear—I’m not talking “normal” slight discomfort or tenseness while playing. I’m one of the people who must constantly be talking out loud and giving myself a serious pep talk in order to enter any house or new location. You know, one of the people who would probably annoy the hell out of you if you were in the room.

“So, just don’t play it.” But I want to! I majorly struggle while playing and my anxiety is through the roof, but it just looks so cool! I really don’t want to miss out on potentially one of the best games of the year because I’m afraid of everything. So, after playing it this past weekend, I’ve come to the realization that even those who scare easily can enjoy Resident Evil: Village, just likely not the same way most people will. 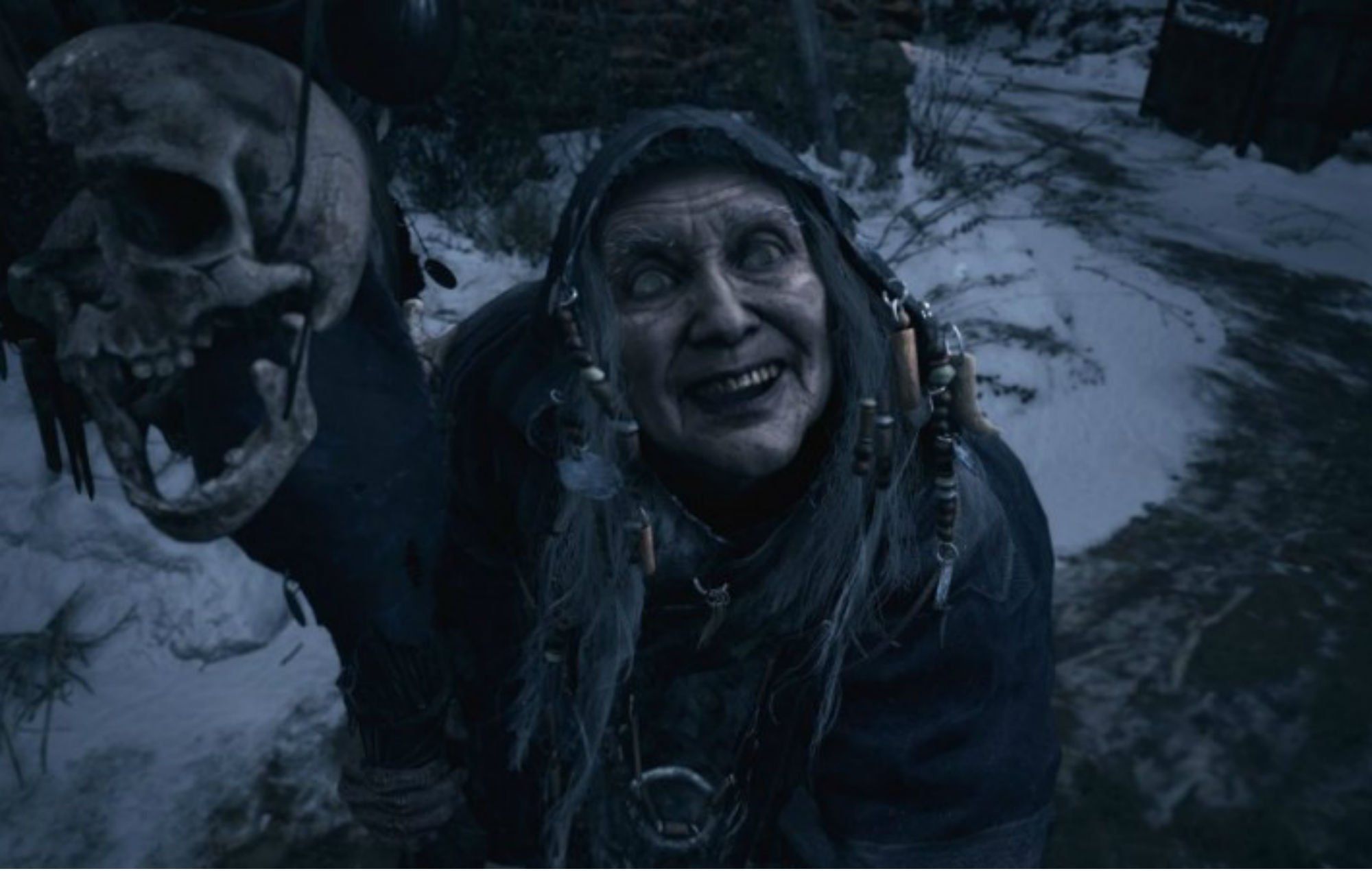 The first time I played it, I was switching off with my dad (who wanted to experience it seriously), late at night, in his house located deep in the woods in the middle of nowhere. You can imagine who slept with the lights on later that night. However, during my second play session, I found myself actually enjoying the game. I set it to casual to alleviate a small amount of anxiety for myself to start, but I also played with the lights on, played with a friend who is just as afraid as I am, and we made a drinking game (drink every time Ethan says ‘what’s going on here?’ for example) out of it to lighten the mood. Being able to talk about what was happening while shifting my focus every so often made the game bearable for me, and I was finally able to start getting into the story instead of freaking out about every potential area that something could pop out at me.

I’m sure to many people this sounds ridiculous because it “ruins the feel of the game,” but when the feel of the game for someone like me is pure terror, this isn’t necessarily a bad thing. In the same way that people enjoy different types of games and various difficulty levels, I fully believe that finding new ways to enjoy a game is so much better than never being able to enjoy it at all. So bring it on, scary tall lady!