I’ve seen a lot of love on social media for Zack Snyder’s Army Of The Dead over the weekend, and to be honest, I really don’t get it. I understand the director has an ingrained audience due to the cinematic crimes he committed throughout the DC Extended Universe, so it’s natural millions would flock to this zombie blockbuster upon its release. But the film itself is an obnoxious distillation of everything the man does wrong as a filmmaker, allowing stupidity to overwhelm logic and coherence despite the latter quality never justifying itself in the wider scheme of things.

It’s a bad movie, and that’s coming from someone who adores the genre it occupies. Funnily enough, one of my favourite films in the zombie zeitgeist is Snyder’s own Dawn of the Dead remake, a revival of Romero’s classic that took the original and drenched it in mid-noughties cheese and a smattering of excellent ideas. It’s not a perfect film in any way, shape, or form – but it knew exactly what it wanted to be, and pursued those qualities without aiming for something grander and outside of its capabilities.

Army of the Dead is the polar opposite, pitching a fascinating premise and failing to deliver upon it outside of its admittedly bombastic opening moments. The second its playful music fades away and characters start talking, it all falls apart. The plot is simple – a painfully sad Dave Bautista is asked to assemble a crew to infiltrate a casino amidst zombie-infested Las Vegas and walk away with $200 million.

Darker motivations are hidden away as the film tries to flirt with commentary on immigration and chemical warfare, but it’s handled with the subtlety of a swinging sledgehammer, so all attempts at emotional resonance come across as laughable. It wouldn’t be so bad if Snyder didn’t try and balance nonsensical action bombass with saccharine character moments that just don’t work. The dialogue, shooting angles, lighting, cinematography, and overall pacing of the film are so inconsistent and awkwardly implemented that all dramatic moments drew a laugh from me, and I’m certain that wasn’t the intention.

I’ve seen a few friends throw Army of the Dead in the same camp as Pacific Rim, praising it for being abundantly silly and over-the-top while still drawing viewers in with excellent action and spectacular visuals. I can’t help but disagree, since Guillermo Del Toro’s mech masterpiece manages to take itself completely seriously as an isolated story while paying homage to the kaiju films and anime adaptations that inspired it. It’s made with love, every frame awash with heavy, deliberate action and characters we come to adore over the film’s runtime. By comparison, Snyder’s work is even longer and manages half as much.

The love for Zack Snyder’s work is understandable, I suppose. He’s a creator who has proven he can rise above studio interference to pursue his “creative vision” even if said artistic expression is filled with mediocre storytelling and half-baked worldbuilding. To fans, that didn’t matter, since Snyder had already stuck it to the man and proven that his interpretation of Batman and company’s universe is what we really want to see. The Snyder Cut felt like a triumph for fans, who spent months campaigning on social media for the project to be conjured into existence. It became a reality, and I fear this sets an unhealthy expectation for popular culture as a whole and places Zack Snyder on a lofty pedestal he oftentimes doesn’t deserve. 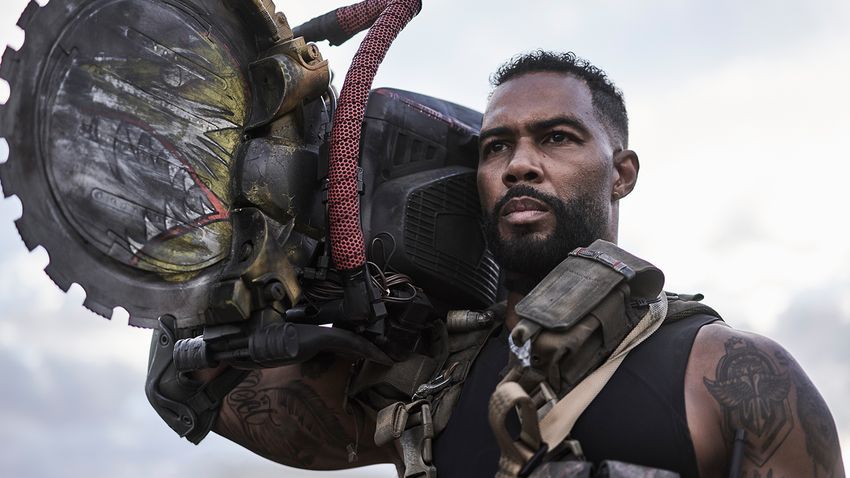 Army of the Dead carries a similar element of hubris. Zach Snyder is credited with the direction, cinematography, screenplay, production, and so much else – showcasing that what he intended to make has been plastered up on screen for all to see. The end result is mixed. I can see the intention bleeding through, with the finished product trying to be a traditional horror film, a heist adventure, and an intense family drama all at once. The setup of the heist itself is done in a matter of minutes, with the squad being assembled in a mixture of clumsy scenes and muted exposition before we’re hurled into the apocalyptic desert of Las Vegas to watch as our principle characters uncover endless riches. It all goes awry, as the cast is slowly but surely killed off in a similar manner to 1987’s Aliens as loved ones are eaten and sacrifices are made. I won’t spoil specifics, but you can probably piece it together yourself.

Certain deaths are intended to be tragic and sudden, but the relationships between our heroes are so poorly executed that I couldn’t help but laugh, cracking up as a certain mercenary’s neck is snapped in two as Bautista looks on in horror. It’s cool, he gets over it in seconds, because imagine if these characters acted like real people. The actor’s expressions are a constant mixture of being on the verge of tears and wanting to suplex someone through a wall. I think Bautista is a great actor, but the material he’s working with here alongside the way it’s shot don’t do him or anyone else any justice. It all feels cumbersome, stilted on such a frequent basis that all of the film’s more ambitious ventures fall flat. 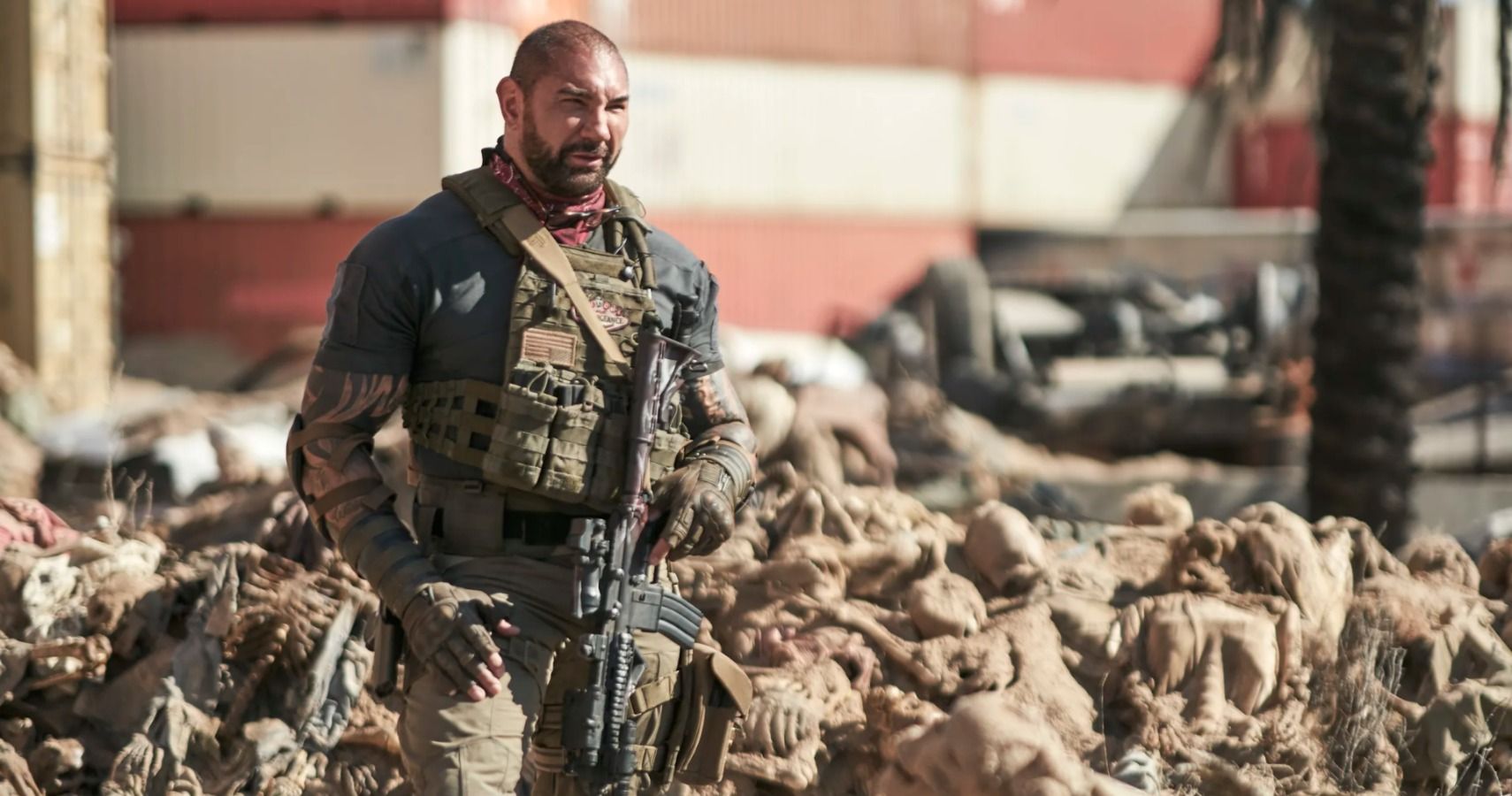 It’s such a shame, since there’s some cool ideas in here. The zombies are creatures of emotion, capable of reproducing, forming romantic bonds, and establishing a sense of societal hierarchy. Stronger, more coherent creatures rule over the sprinting shamblers, capable of wielding guns and riding horses. Army of the Dead also flirts with the undead being extraterrestrial in nature, but it’s never explored in the wider narrative, despite being the most fascinating thing the story has going for it. Instead, these ideas are killed alongside their respective carriers, with a woeful cliffhanger being the only hope we’ll ever see them explored again.

I haven’t even mentioned how awfully this thing is shot. Beyond luscious vistas and establishing shots drenched in CGI, nearly every scene involving humans or zombies is drenched in a seemingly mandatory depth of field. It’s so aggressive that it becomes obvious who is going to speak and/or be killed by how they’re framed or blurred out of focus in the preceding shot. 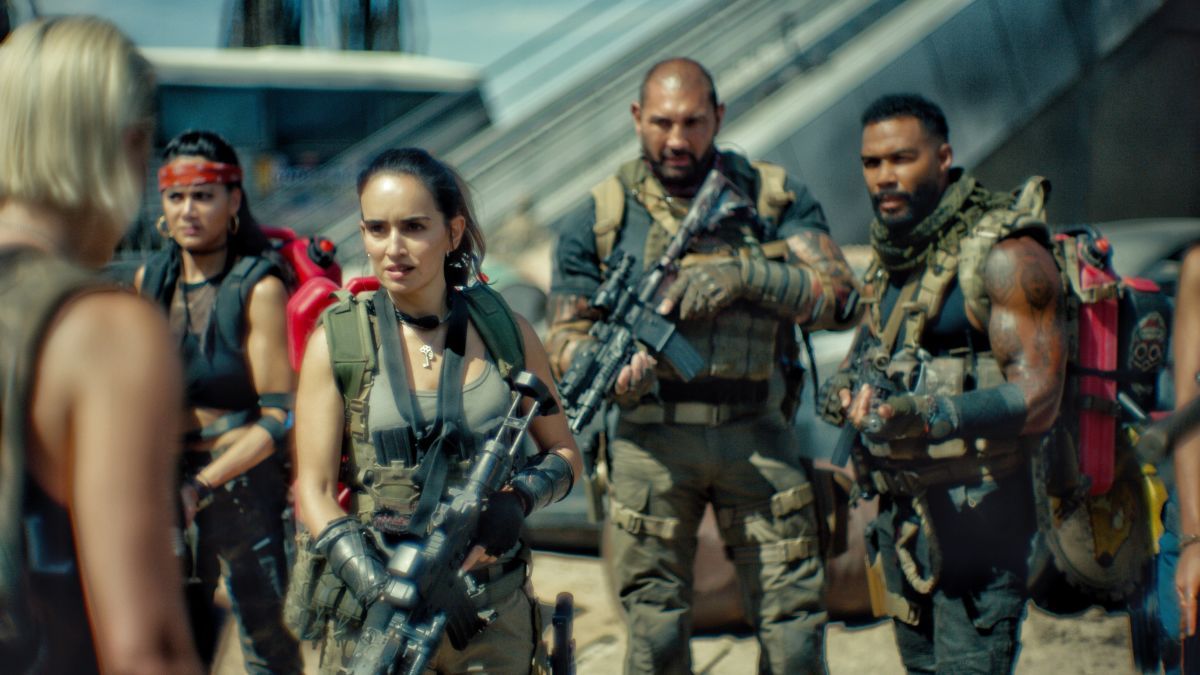 It’s a constant distraction, the claustrophobic framing of each shot only further cementing Army of the Dead as a headache to watch. Excellent action sequences and attempts at humour are constantly held back by this shooting style, like Snyder wanted to express some form of isolatory atmosphere with his direction, but the characters and zombies aren’t nearly well developed enough for such a thing to work. It’s also set during the day, which doesn’t help.

Army of the Dead wants to be both a tongue-in-cheek zombie thriller and an emotionally resonant narrative that viewers take seriously, and it fails to be either of those. If you’re simply after a fun distraction for a weekend, or want to switch your brain off for a couple of hours it can prove a decent enough distraction, but the cult of personality built around Zack Snyder has twisted it into something more, into a film it almost certainly isn’t. Just go and watch Dawn of the Dead instead, Phil from Modern Family is in it and everything.